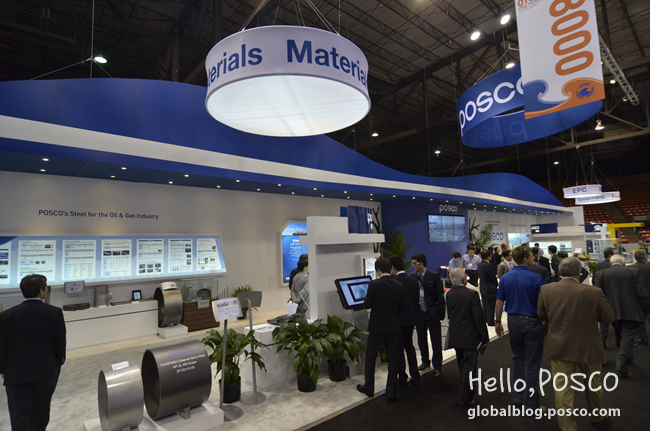 Between 6th and 9th May, POSCO joined the Offshore Technology Conference (OTC) in Houston, U.S.. During the conference, POSCO promoted energy steel products created by its own specialized technologies. Let’s find out how global players reacted to POSCO’s top-notch technologies, which would lead the future of steel industry in coming years. 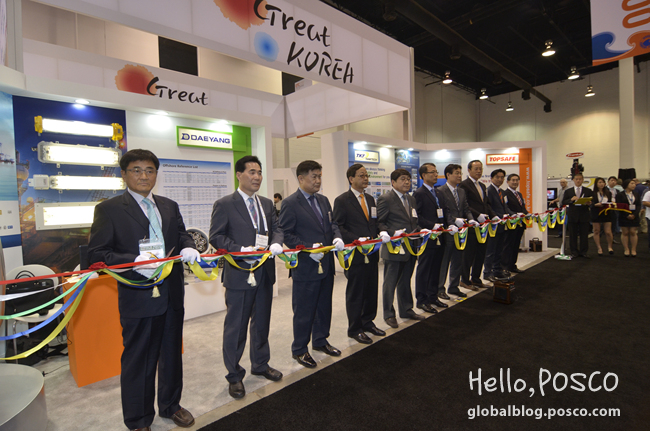 Established in 1969, OTC is the biggest international conference for offshore operation technology. For this year, 2,500 companies from 110 countries participated in the event. POSCO has been joining the conference for the last six consecutive years since 2008.

POSCO sets up a joint booth with five affiliates, emphasizing its ‘Value Chain’ 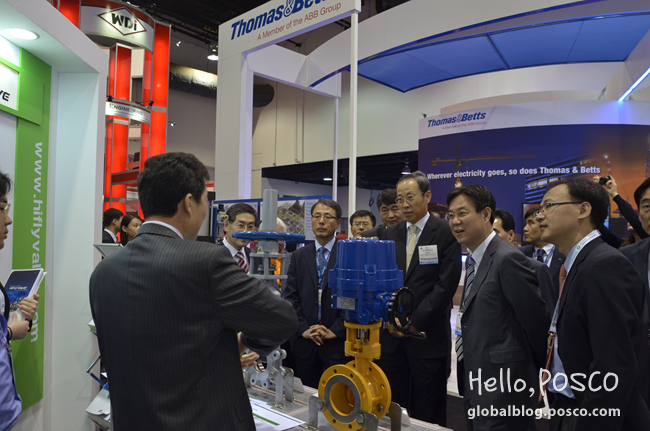 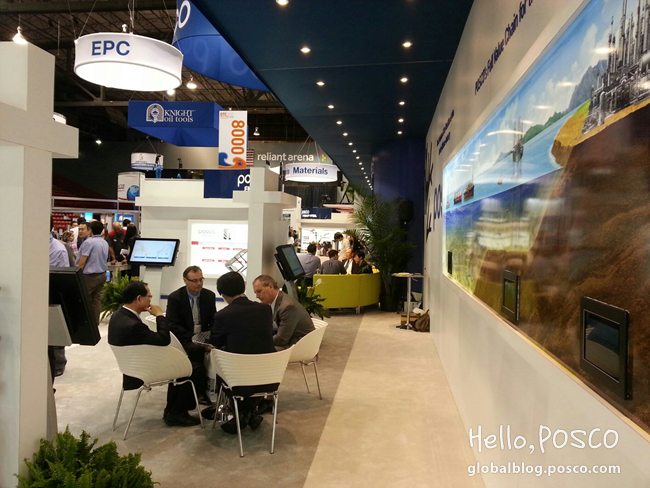 During the event, a joint promotional booth was set for POSCO E&C, POSCO Specialty Steel, POSCO Plantec, Sungjin Geotec and POSCO Engineering. At the booth, POSCO’s energy steel plates, such as thick steel plates and API-X120, and a miniature model of offshore plant structure were exhibited to highlight the leading global steelmakers’ value chain.

1,500 visitors, including Gwan-sub Lee, head of industry policies at the Ministry of Trade, Industry and Energy, major oil companies, EPC companies and energy equipment manufacturers called at the venue and showed great interests in POSCO’s competence in developing steel plates for energy uses.

POSCO also caught many eyes with its special reception for the major oil and EPC companies with a presentation illustrating the advantages of POSCO’s energy steel plates and POSCO subsidiary companies’ business competence, followed by a traditional Korean performance. POSCO also signed an MOU with Fugro, the world’s No.1 geotechnical company, as well as discussing cooperation methods and sales strategies for POSCO’s energy steel plates with Shell and the Korea National Oil Corporation. 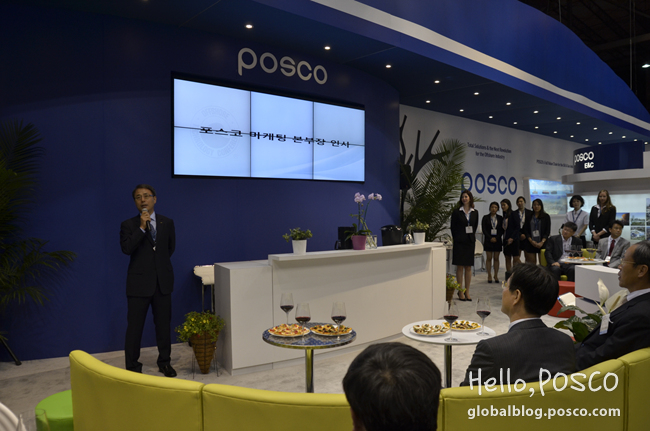 During the reception ceremony, In-Hwan Oh, Head of Carbon Steel Business Division of POSCO, addressed “By participating in this conference, POSCO is aiming to maximize the synergy with Korea’s top 3 major shipbuilders and other equipment manufacturers through becoming a powerful supporter of oil and gas industries and a total solution provider.”

With the market data and contents of counseling collected from the conference, POSCO will strengthen the firm’s business and promotional activities in order to achieve the accompanied growth with other Korean corporates. In addition, POSCO will expand the sales of energy steel plates to the global top players of the energy industry by raising the brand awareness as well.