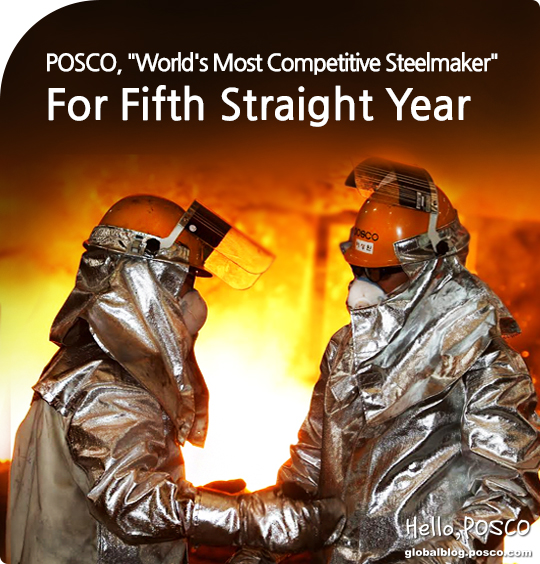 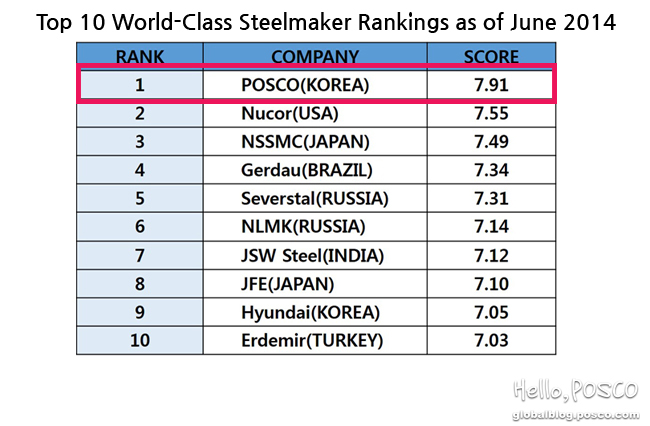 POSCO has been named the world’s most competitive steelmaker for the 7th consecutive time during the past five years.

WSD gave the top mark of 7.91 points out of 10 to POSCO. It said POSCO received highest points in four segments, including technological innovation and human resource management.

As of June 2014, WSD made an assessment of 36 steelmakers around the world in 23 categories including production size, profitability, technological innovation, cost competitiveness, cost saving, financial stability, and procurement. 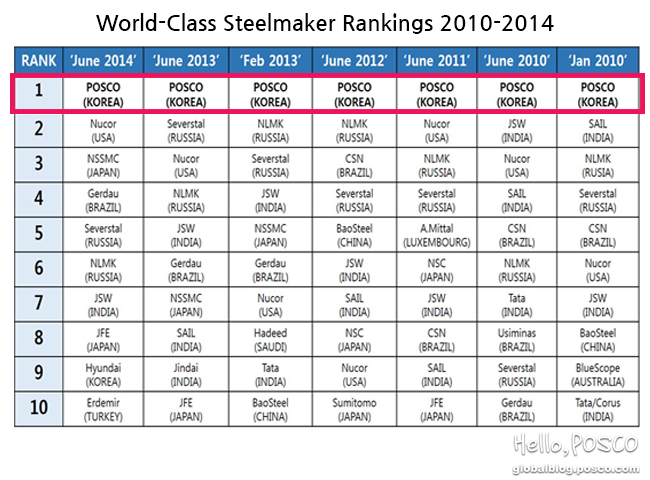 Following second was American mini-mill steelmaker Nucor Corp. which has enjoyed shale gas development privileges along with a recent recovery in the steel industry among developed nations. Japanese steelmakers NSSMC and JFE followed third and eighth with sales rising due to increased export competitiveness under Abenomics.

Meanwhile SAIL and Jindal, Indian companies that were among the top 10 last year, failed to remain in the list this year. Instead, Hyundai Steel, which secured 24 million tons for production, ranked ninth to join the top 10.