On September 9, POSCO signed an MOU with the Bank of Development and Foreign Economic Affairs (VEB) in Russia for the operation of a Khabarovsk-based steelmaker Amurmetal. Through the partnership, POSCO will be managing and operating the steel mill owned by VEB.

POSCO CEO and Chairman Chung Joon-yang and the Deputy Chairman of VEB Andrey Yurjevich Sapelin attended the signing ceremony to celebrate the firm economic partnership between Russia and POSCO. 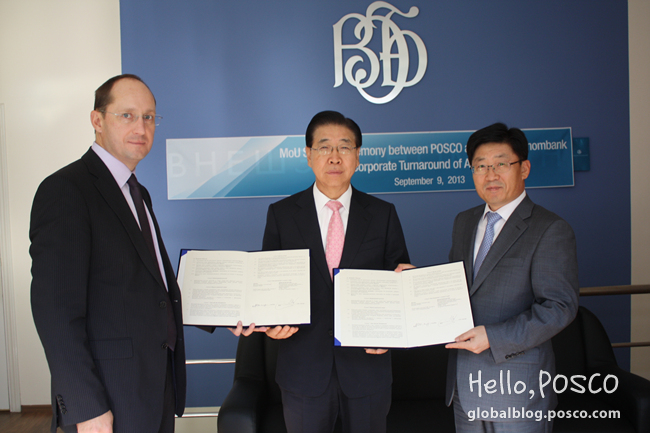 According to the MOU, POSCO will be dispatching teams of production, sales and technology experts to manage the steel mill and pass on the know-hows of the world’s leading steelmaker in various sectors. For the first 24 months, a short-term program will be conducted to secure the facility’s financial stability. Once the management and operation is back on the right track, POSCO is planning to extend the program into a five-year plan to assist Amurmetal to stand with its own feet. POSCO and VEB agreed to cement the detailed scope and volume of the project within a month.

At the ceremony, Chairman Chung said, “By leveraging POSCO’s accumulated experiences and management know-hows at its utmost, we will actively support Amurmetal’s management normalization.” He then continued, “Beyond a short-term based stabilization, POSCO will lead Amurmetal into a strong steel mill through readjusting equipment and other necessary measures.” 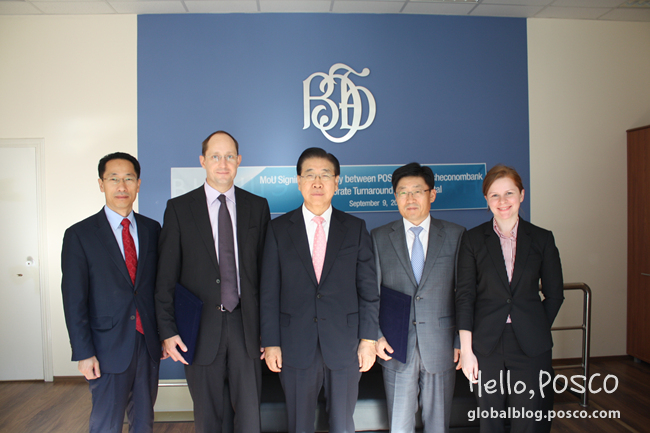 Completed in 1942, the only steel mill in the Far East’s Khabarovsk has an annual production level of 2.15 million tons. However, due to the global financial crisis in 2008, Amurmetal became heavily indebted and was eventually taken over by Russia’s state-run bank in 2010.

With the partnership with VEB and Amurmetal, POSCO will be highlighting the ‘Technology Is POSCO’ brand image, as well as generating a new business model of exporting the company’s management know-hows.

Also, upon the foundation of the economic partnership between Korea and Russia, POSCO’s ongoing operations in the Far East, including the developments of Siberian mines, ports, roads, modular housing and other social infrastructures, are expected to be bolstered.