‘ POSCO, the Great Company to Work at’ #5: You Can Feel Safe Here

In 2014, several accidents had raised ‘safety’ as an important issue in Korea. Accordingly, the Korean government has been devoting their full energy into reinforcement of safety management system. In fact, the focus on safety is also reflected at POSCO. POSCO has made a great leap forward to be the top global company in terms of safety. Let’s find out the details behind such achievement. 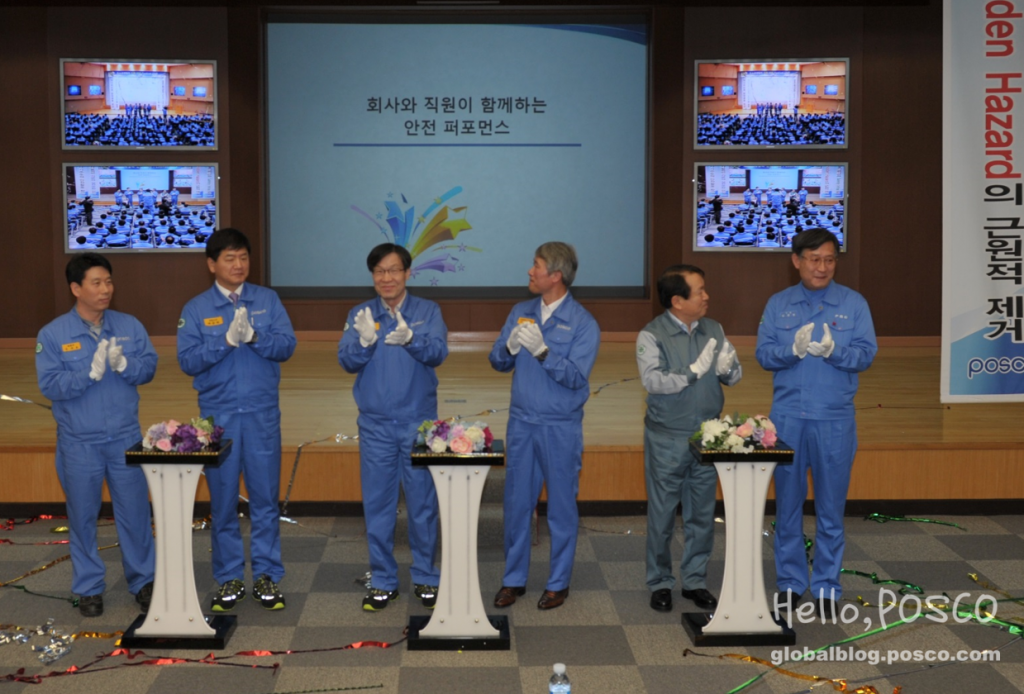 As the new year has kicked off, POSCO hosted the `2015 POSCO Family Self-directed Safety Spread Festival` at the Gwangyang Steel Mill, where 560 staff and executive members of POSCO Family had attended. Broadcasted live to Pohang and Gwangyang, the event was held to promote staff-oriented activities under the theme of ‘Self-directed Safety Spread’ and to create an industrial environment that is capable of sustaining a zero-injury record.

The ‘Self-directed Safety Spread activity’ is distinctive compared to the ‘top-down’ approach which is largely led by the executives and the company. In fact, the ‘Self-directed Safety Spread activity’ is carried out from the ‘bottom-up’ throughout the organization. This approach will further stress the fact that the importance of health and safety is placed on to staff themselves.

What Safety Means to POSCO
POSCO has long put safety as its top priority and, under the umbrella of improving workplace safety, it has undertaken wide-ranging activities, including reorganization, strengthening of preventive actions of unsafe actions, class-based education, and identifying and addressing risk factors. Through thorough investigations, both major and minor safety accidents were still occurring due to lack of safety awareness, systematization, and shared communication between staff and company.

Therefore, POSCO has pledged that this year would be the first of establishing a sustainable voluntary safety culture to achieve its zero-injury record. This chimes well with its vision of `POSCO the Great with workplaces that are safe and where employees are happy`, with staff at all levels of the company aligned to achieve this vision. 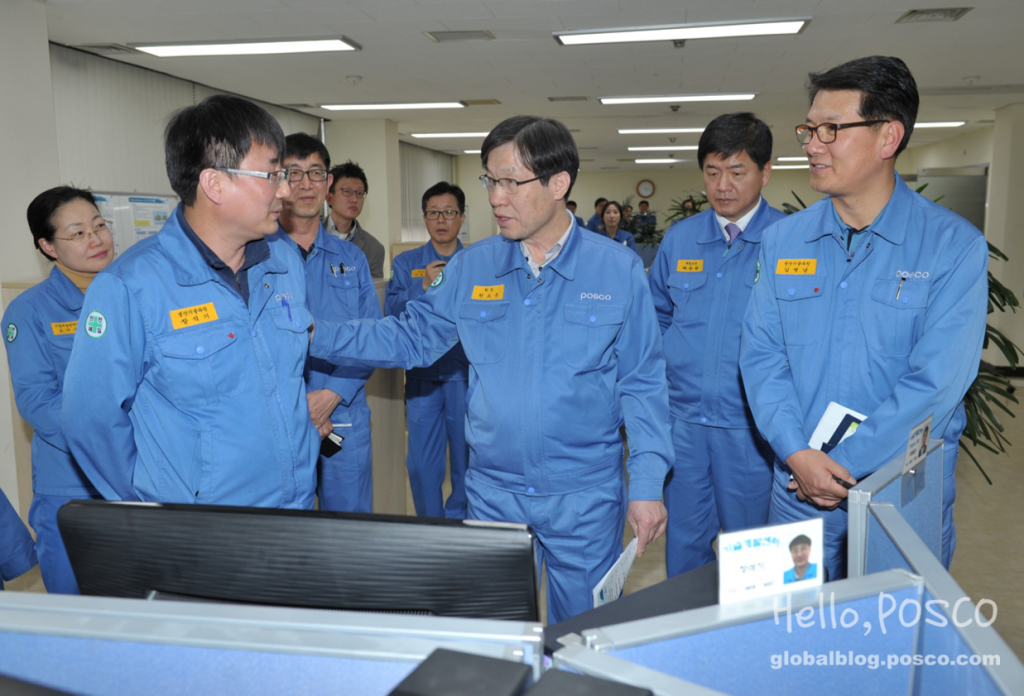 POSCO came to a conclusion that voluntary participation and execution are the ways to swiftly execute its strategic vision for safety. Therefore, through action plans such as ‘Self-directed Safety activity Spread’ and ‘voluntarily active culture establishment’ will enable employees to feel and practice safety by themselves. Moreover, action plans such as ‘ultimate elimination of hidden hazards’ and ‘construction of safety infrastructure based on mutual trust’ should be conducted in order to build a solid platform for long-term health and safety.

With respect for human life and dignity, all staff and executive members of POSCO are now set to devote their energy to creating a zero-injury company. It has managed to accomplish ‘POSCO the Great with workplaces that are safe and where employees are happy’. And, this adds as the 5th reason why POSCO is a ‘Great Place to Work At’.