POSCO CEO and Chairman Chung Joon-yang attended the 34th Australia-Korea Business Council meeting on August 22 and 23, held at Melbourne, Australia. For this year, the theme of the meeting was ‘Innovative and Creative Economy,’ discussing the business partnership between the two countries for the developments of resources and infrastructures. 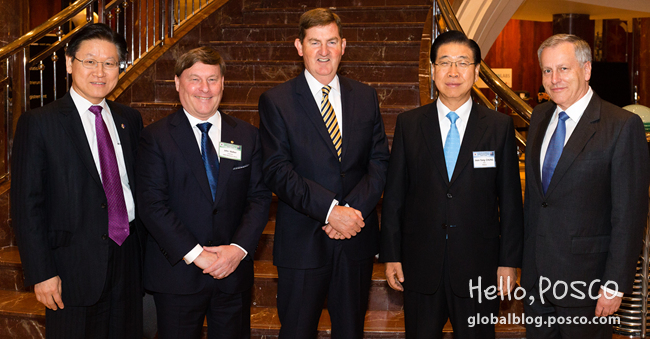 In his opening speech, CEO Chung said, “The current economic partnership between Korea and Australia is mainly based upon the developments of natural resource and infrastructure. To achieve a qualitative advancement for both countries’ economies, we need to expand the partnership to the Creative Economy sector.” 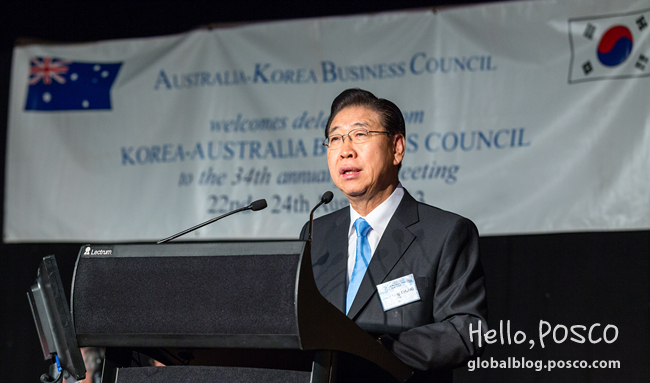 He then emphasized the importance of leveraging the two countries’ advantages for a common goal. “Australia is showing its strength at culture and tourism industries while Korea has a well-built infrastructure for ICT and manufacturing. I believe we can explore a new business opportunity together through maintaining and developing a mutual supplementation,” the CEO added. 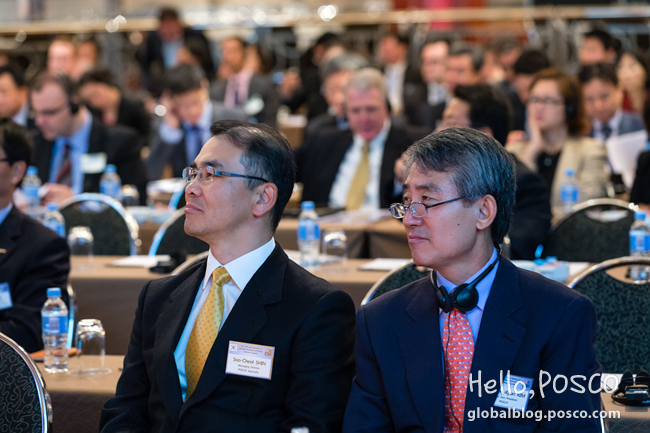 John Walker, the Chairman of Macquarie Korea, mentioned the efforts made by the Australia-Korea Business Council on the recent designation of Korean as one of the Australia’s 5 important languages. He also participated in a meeting held by the Australian government last November to encourage the economic cooperation with Korea.

For the main discussion, about 60 participants, including the Ambassador of the Republic of Korea Kim Bong-hyun and the Premier of Victoria Denis Napthine, shared their thoughts and opinions about the co-production of super yacht, exclusive theater for hologram operas and medical smartphone.