Hope Sharing Boxes include14 different items, including down blankets, mufflers, and pocket warmers to help the elderly get through the winter. 500 of the sets made that day will be provided to elderly recipients of POSCO nursing services through the YWCA in the Pohang and Gwangyang regions, while the remaining 300 set will be delivered to single elderly persons in the Seoul (Global Sarang) and Gyeonggi-do (Sungnam Love One Another Senior Welfare Center) regions. POSCO joined hands with the Pohang and Gwangyang YWCAs in 2006 to hire low-income women of the region as nursing assistants to provide nursing services to elderly persons with physical difficulties. 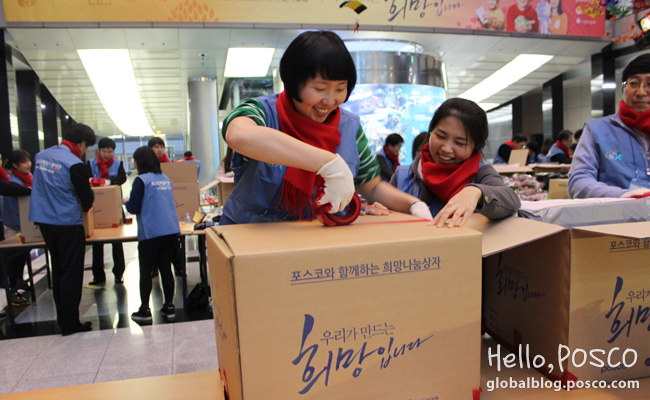 Social Contribution Group Leader Choi Yeong planned the volunteer activity, saying, “Fierce cold is expected this winter, but we hope that those who receive these care packages that the POSCO Family made, can get through it warmer and more comfortable.” 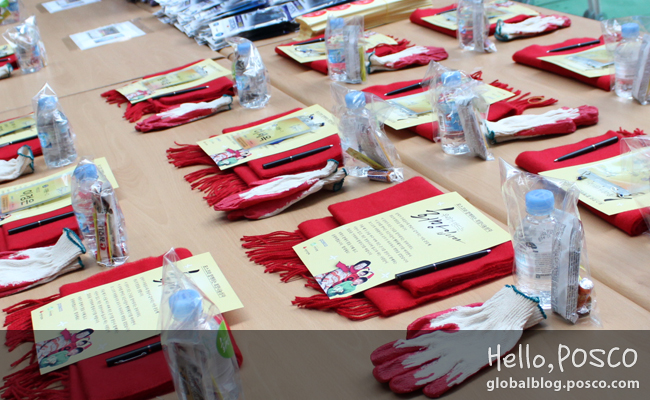 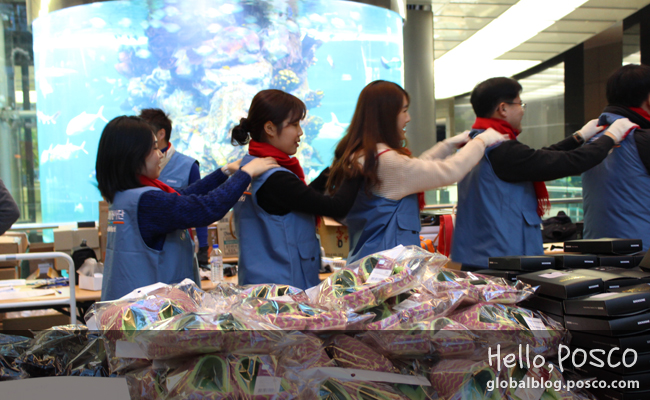 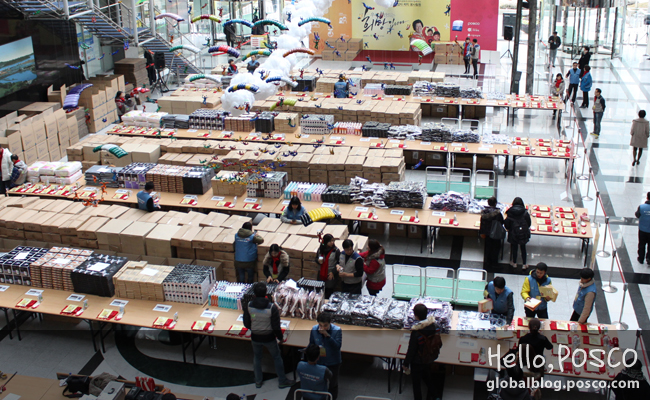 POSCO thanked those who provided so much support throughout the year, and held an eco-Christmas tree lighting ceremony to celebrate the happiness of sharing through art. The eco-Christmas tree installed in front of the POSCO Center each year, has grown to be an attraction on Teheran street by. This year’s tree in particular, was designed with the concept of recycling, adding a special meaning in the coming together of environmental-friendliness and art. In addition, a Christmas flea market was hosted at POSCO Art Gallery permitting rising artists to directly sell their works. Part of their profits will be donated to those in need.