On August 15, POSCO held a completion ceremony for a cold-rolled stainless steel plant called “POSCO Assan TST” in Izmit, Turkey. POSCO Assan TST, which will become the first stainless steel plant in the country, has an annual production capacity of 200,000 tons. With the completion, POSCO has now secured a production base at the west front of ‘U-Belt,’ a part of POSCO’s global UI development strategy across newly rising countries in Asia. 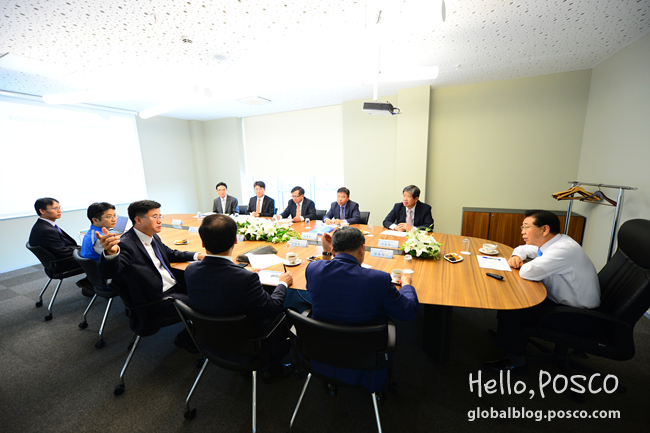 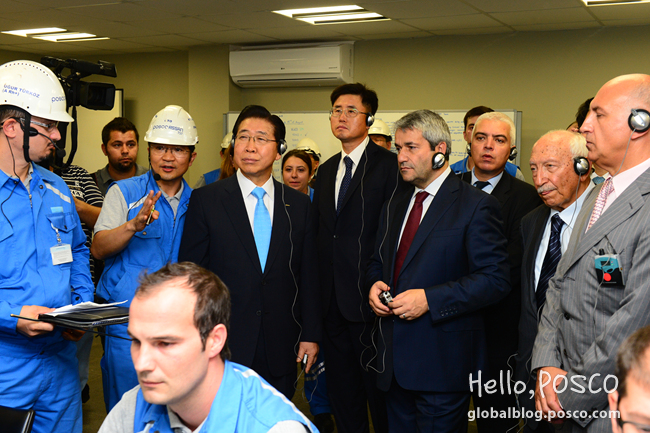 Turkey is a strategic point for entering the markets of Europe, Middle East, Russia, North Africa and the Commonwealth of Independent States. Recently, the nation has also been going through a rapid industrial drive from light industry to heavy industry basis. Renault, Fiat, Ford, Nissan, Honda and other major car manufacturers are operating businesses in Turkey and the local market itself is often referred as one of Europe’s top three home appliance consumer markets along with Germany and Italy. The demands for high quality cold-rolled stainless products are high due to these factors in Turkey. 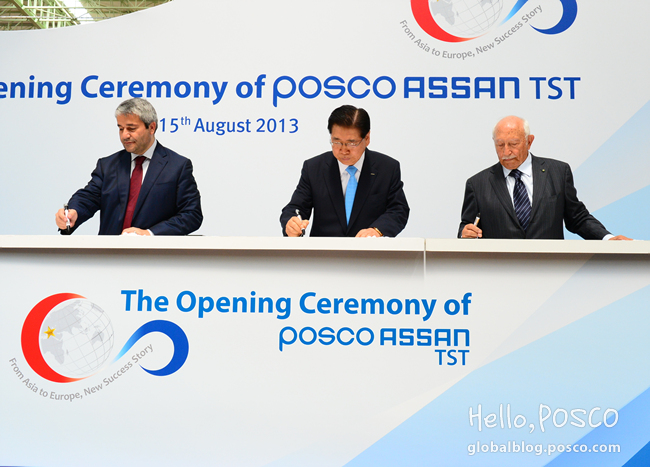 POSCO Assan TST holds a significant meaning because, despite of such soaring demands for stainless products, Turkey did not have any stainless plant within the country and experts had previously suggested that a supply shortage reaching 1 million tons could occur by 2015. With the completion, POSCO will be able to take the advantageous position first in the Turkish market, and also react swiftly for the demands from the neighboring areas. Once the ITPC, an Italian stainless processing center starts operating next month, the two facilities will work together to create a sales synergy in the near future. 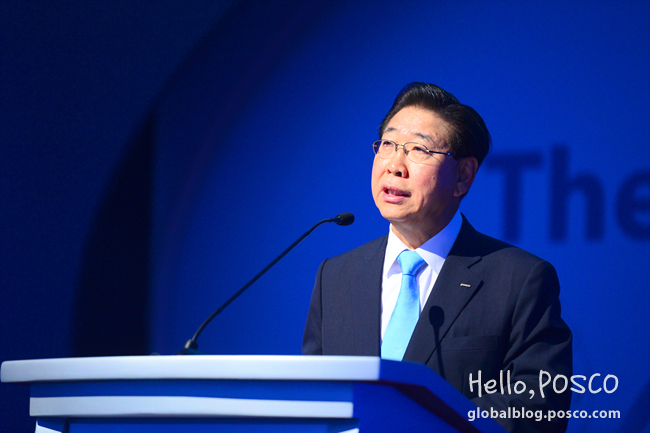 About 300 guests attended the ceremony to celebrate the completion of POSCO Assan TST, including CEO and Chairman of POSCO Chung Joon-yang, Turkey’s Minister of Science, Industry and Technology Nihat Ergun, Minister of Economy Zafer Caglayan and other VIPs from the Turkish government and POSCO’s partners. During his remarks, Chairman Chung said, “POSCO Assan TST is the essence of the long relationship between Turkey and Korea. I hope POSCO continues to be loved by Turkey and to grow in line with the local market for mutual prosperity.” While speaking with the Turkish government ministers, the Chairman also requested continuous supports for the cold-rolled stainless plant in Turkey, and in response, Minister Ergun and Minister Caglayan said the government will provide its full support for the plant. 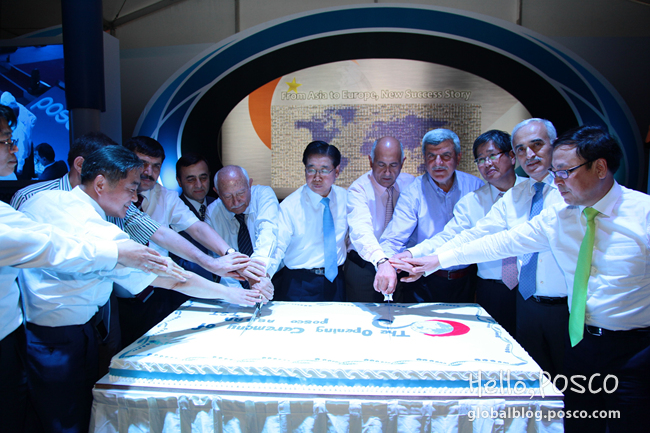 POSCO Assan TST in Turkey is expected to be the key manufacturing plant for global production and sales network across China, Southeast Asia and Turkey, making POSCO be the leading stainless maker in the world.