The ‘New Nanjung (time of war) Camp’ aiming to recall the mentality of Admiral Yi Sun-sin has started sailing.

On October 16th, on the Yi Sun-sin Bridge of Gwangyang-si of Jeollanamdo Province, the Yi Sun-sin road to national salvation, ‘New Nanjung Camp’ started on a 4-day 3-night journey. 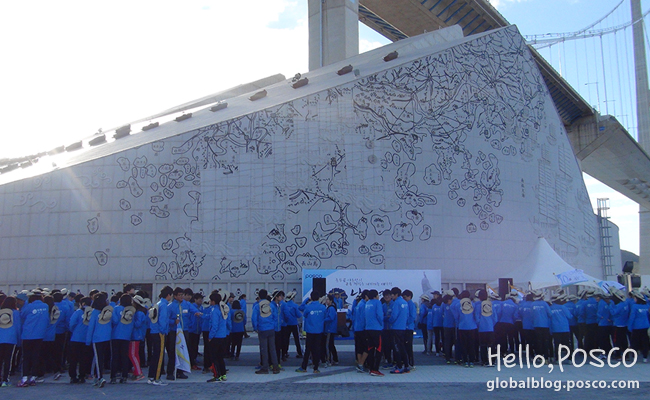 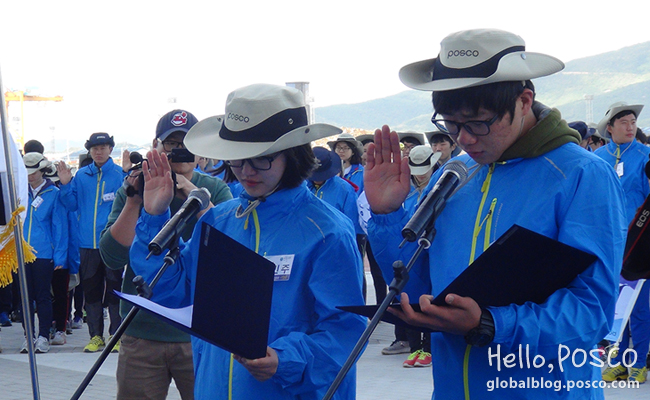 Just as Admiral Yi Sun-sin overcame hardships and adverse circumstances with an undying will, this camp was designed to grow a mind of loyalty, love for the people, and leadership for teenagers who will become leaders of the future in a time of current adverse economic situations and strongly changing society and culture. 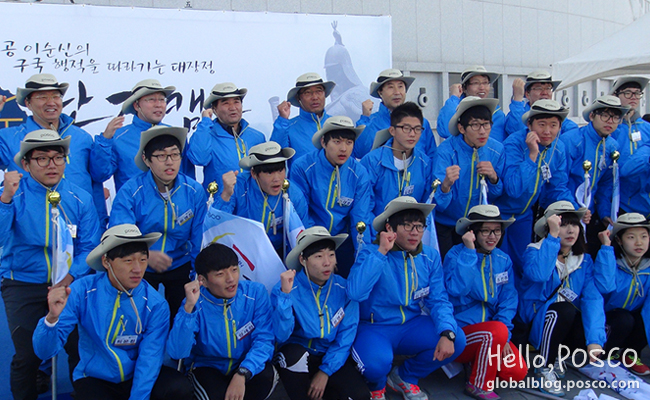 The high school students are spending 4 days and 3 nights, starting at the home of Son Gyeongrye in Jinju, Gyeongnam Province, where Admiral Yi Sun-sin received his notice of reappointment as the controller of the naval forces of the three provinces (Chungcheong-do, Jeolla-do, Gyeongsang-do), visiting Gurye where the Joseon naval forces rallied, Gokseong, Suncheon, Boseong, and Jangheung, and on to Wusuyeong where the Myeongryang Naval Battle which played an important role in reclaiming command of the sea took place, visiting the sites where Admiral Yi Sun-sin walked down the path of saving the nation and learning of his mentality of indomitable challenge, venerable mind of sacrifice, and leadership to overcome hardships. Particularly, 37㎞ of the 620㎞including the Jirisan hiking trail, village roads, and oceanside roads is traversed on foot, providing the opportunity to ruminate on the mentality of Admiral Yi Sun-sin, who never lost hope amidst difficult times and rebuilt the naval forces of Joseon. 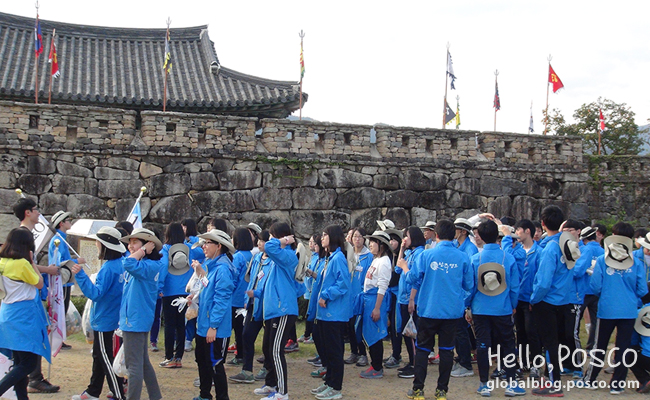 Vice President Hwang Eungyeon in his commemorative speech said, “The New Nanjung Camp is a long march program that was designed to help you grow a strong will that does not fall to pieces even in adverse situations or under distress, based on the mentality of Admiral Yi Sun-sin who controlled the naval forces of Joseon which had previously fallen apart.  I hope that you can all gain the wisdom and courage to grow a challenging spirit and overcome difficulties as you walk down the same path that Admiral Yi Sun-shin followed with the fate of the country on his shoulders, but grew a flower of hope despite the difficult reality.”

High school students who arrived at the auto-camping site in Gokseong after the first day of the trip said, “I understood Admiral Yi Sun-sin vaguely as a hero who won many naval battles, but this was an opportunity to experience the many difficulties Admiral Yi Sun-sin faced and had to overcome to save the country, displaying great will.” 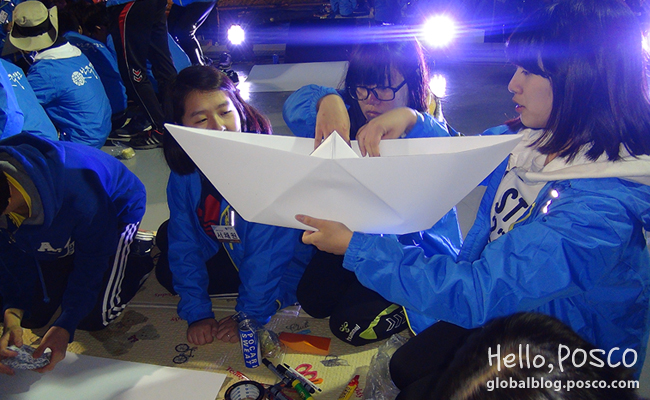 The second day starts at the site of Neungpajeong to Suncheon Nammun Gate and ends in Nakan Hanggyo and Nakan-Eupseong, while the third day is a march from the site of Joyangchang where the national storehouse of the Joseon Era was located to Hoeryeongjinseong of Jangheung where the ‘resolution of Hoeryeongpo’ took place.  On the 4th and final day, members will gather at the starting point on the Yi Sun-sin Bridge in Gwangyang for a ceremony of awards and disbanding, closing the long march.

POSCO multiplied the education effect by additionally preparing interesting missions and contest programs to ruminate on the noble mind of Admiral Yi Sun-sin at major footholds of the New Nanjung Camp.