Steel Runs through Iconic Monuments in the Big Apple and Beyond

For our readers in the U.S., Happy Fourth of July!

The U.S. is the birthplace of many iconic figures, movies, and buildings. The Statue of Liberty is one such work of art which stands as a symbol of freedom and independence. The Empire State building is another architectural icon in the center of New York, a city which in and of itself represents the U.S. Although these monuments appear majestic on the exterior, it is their interior composition that has kept them standing tall all these years. These and other international iconic structures embody the limitless ways steel builds culture around the globe. 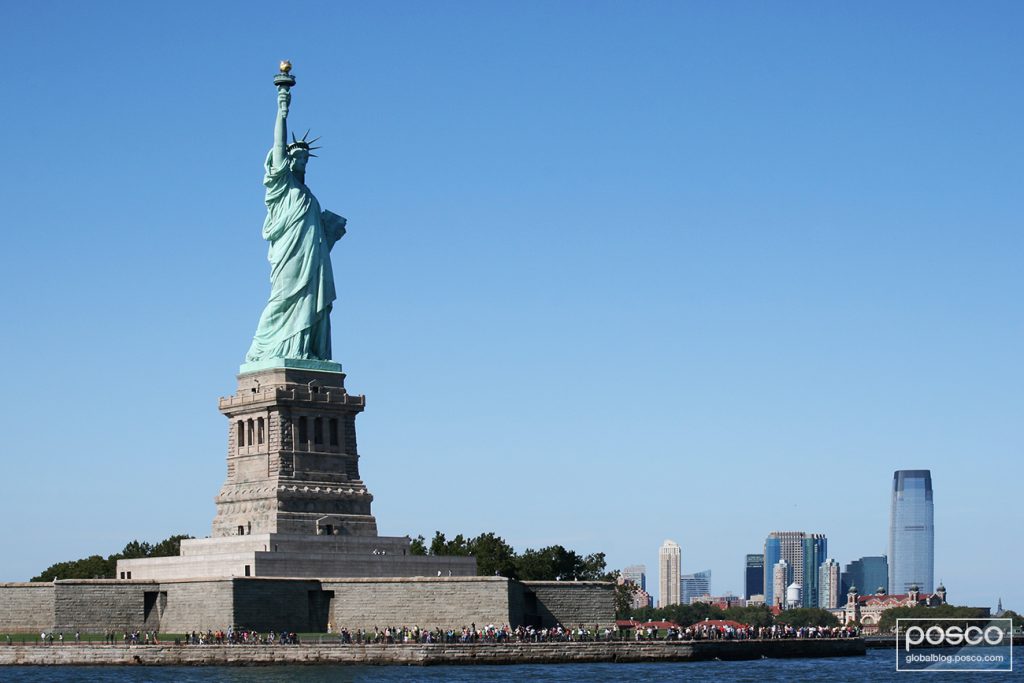 The Statue of Liberty

A Gift from the French

An early sketch of the Statue of Liberty (Image courtesy of Copper Development Association Inc.)

More than a hundred years ago, the French sent a giant gift to celebrate America’s independence and to honor their friendship. The Statue of Liberty was first assembled in France, taken apart, shipped to the U.S. and then erected once more. It still stands tall, but even stronger today thanks to some important improvements made along the way.

As the Leaning Tower of Pisa is to Italy and the Eiffel Tower is to France, the Statue of Liberty embodies and represents America’s values of freedom and independence. Although Lady Liberty looks as smooth and stunning as her first debut, her journey was nothing short of rocky.

The statue was assembled in the U.S. in 1886. The iron and copper figure stood the test of time for almost 100 years. However, from 1982 to 1986, the statue underwent major reparations to so that Lady Liberty could make it to her centennial anniversary in 1986. It was a costly effort, and interestingly, marked one of the earliest joint efforts between the private and public sectors to fund a public project.

What was wrong with Lady Liberty?

The armature is made up of iron bars, 1300 of them, weighing 20 pounds each. Due to concerns about corrosion, layers of protective materials were applied to the bars, such as coal tar, aluminum, and lead. The coating itself weathered over the years and began to trap moisture. Thus, the iron started to rust.

Engineers decided to replace the entire armature, but with what?

The obvious choice was stainless steel as it would not rust, but also gift builders with its elasticity, light-weight, strength, and ductility.

Ten years after the repairs, in 1996, inspectors deemed the armature corrosion-resistant and it has remained so ever since. It would have been wiser and less costly to start with steel in the first place, as the engineers of the Empire State Building did, but it seems even steel could use… even more steel.

A Steel on Steel Testament 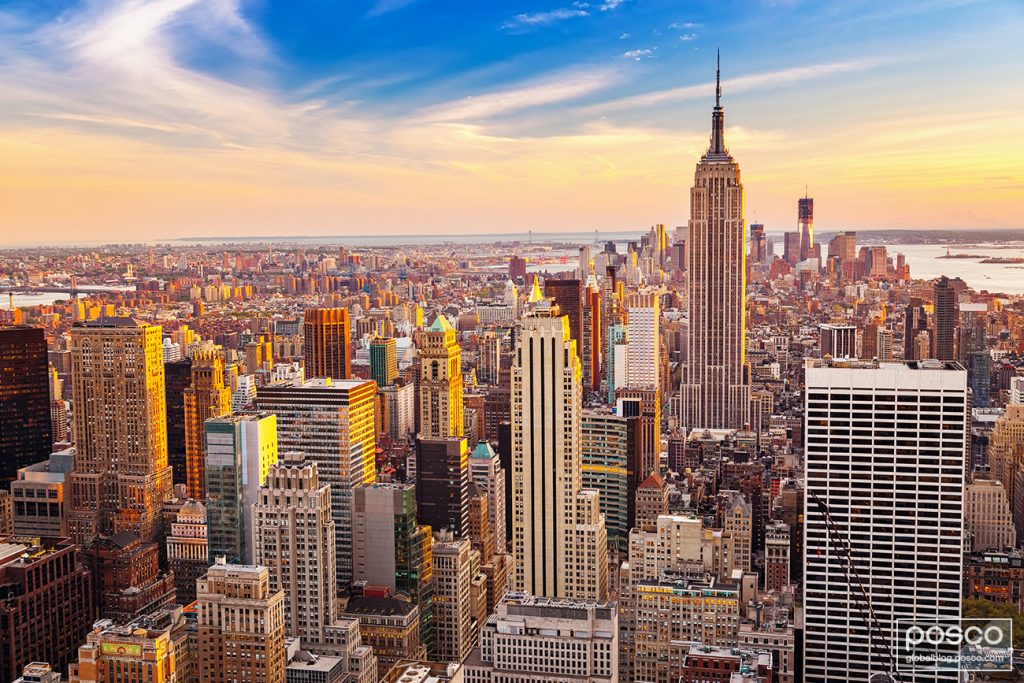 In the Big Apple, The 86-year-old Empire State Building also recently underwent enhancements. Engineers added 39 tons of steel plates onto the building’s existing steel mast (the pointy part at the top, also known as the tower) to improve its carrying capacity.

The planning for this project alone took over two years. Steelworkers, engineers, and builders had to take into account the bustling city below. High winds were another factor to consider. In the end, engineers came up with a cocoon-like encasing to be placed around the tower at the top of the building during construction to keep falling pieces in and strong winds out.

Once set inside the cocoon, workers began wielding 39 tons worth of steel bars and plates onto the tower. The process was tedious as steel parts could only be transported into the cocoon in small pieces.

In the end, the sturdier mast with a greater carrying capacity was worth the struggle.

The Empire State Building was built in 1931 and was the tallest building in the world at the time. Due to its unique design, the American Society of Civil Engineers named it one of the Seven Wonders of the Modern World. It is also a significant part of American culture, as the Empire State Building has been featured in more than 90 movies, including “King Kong” in 1933.

However, it is not the only building receiving international attention and recognition.

The Leaning Tower of Abu Dhabi 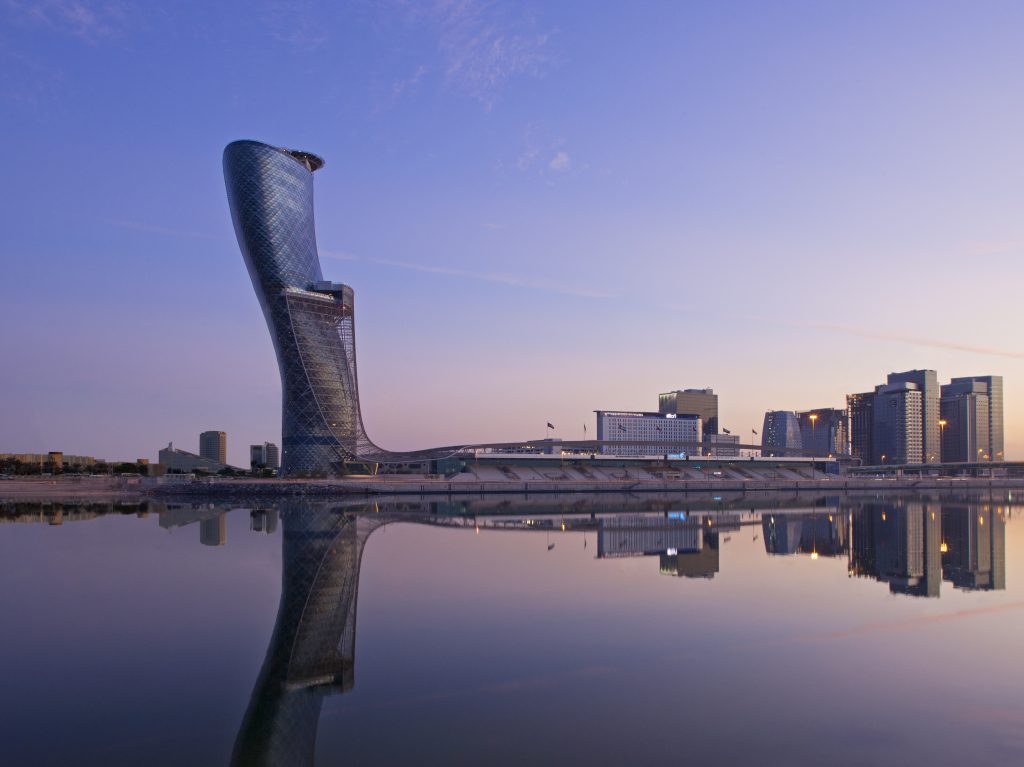 Abu Dhabi is another country where steel lays the foundation for iconic buildings. The Capital Gate Building may not have a long history, but it is an architectural wonder. It is often compared to Italy’s Leaning Tower of Pisa, but it has four times leaner The Capital Gate leans to the west a whopping 18 degrees.

How is this possible?

Engineers used a technique called pre-cambered core. Basically, they offset the core to counter the gravitational force created by the leaning mass of the building. The core or base of the building is a 7-foot mass of steel mesh and concrete locked down to almost 500 piles, which are drilled 100 feet into the ground. The external skeleton called a diagrid is also made of steel. These features, as well as some extensive math equations, allow the building to stand tall, at an angle.

The landmark leans in the center of the Abu Dhabi National Exhibition Centre complex and the Capital Centre master development. It captured international attention when The Guinness Book of World Records confirmed the Capital Gate Building as the “World’s furthest leaning man-made tower” in 2010.

Although the ones we discussed are just three iconic structures, it’s easy to see why steel makes up so many other buildings, statues, and memorials all over the world.  In the U.S. alone, iconic structures such as the Brooklyn Bridge, the Gateway Arch in St. Louis and the Willis (Formerly Sears) Tower are all made of steel.

Steel is cheaper, more sustainable and more durable than other materials such as iron and wood.

In addition, emerging technology will only further enhance the compatibility of steel for architecture and construction. One promising area of innovation is 3D printing for buildings. 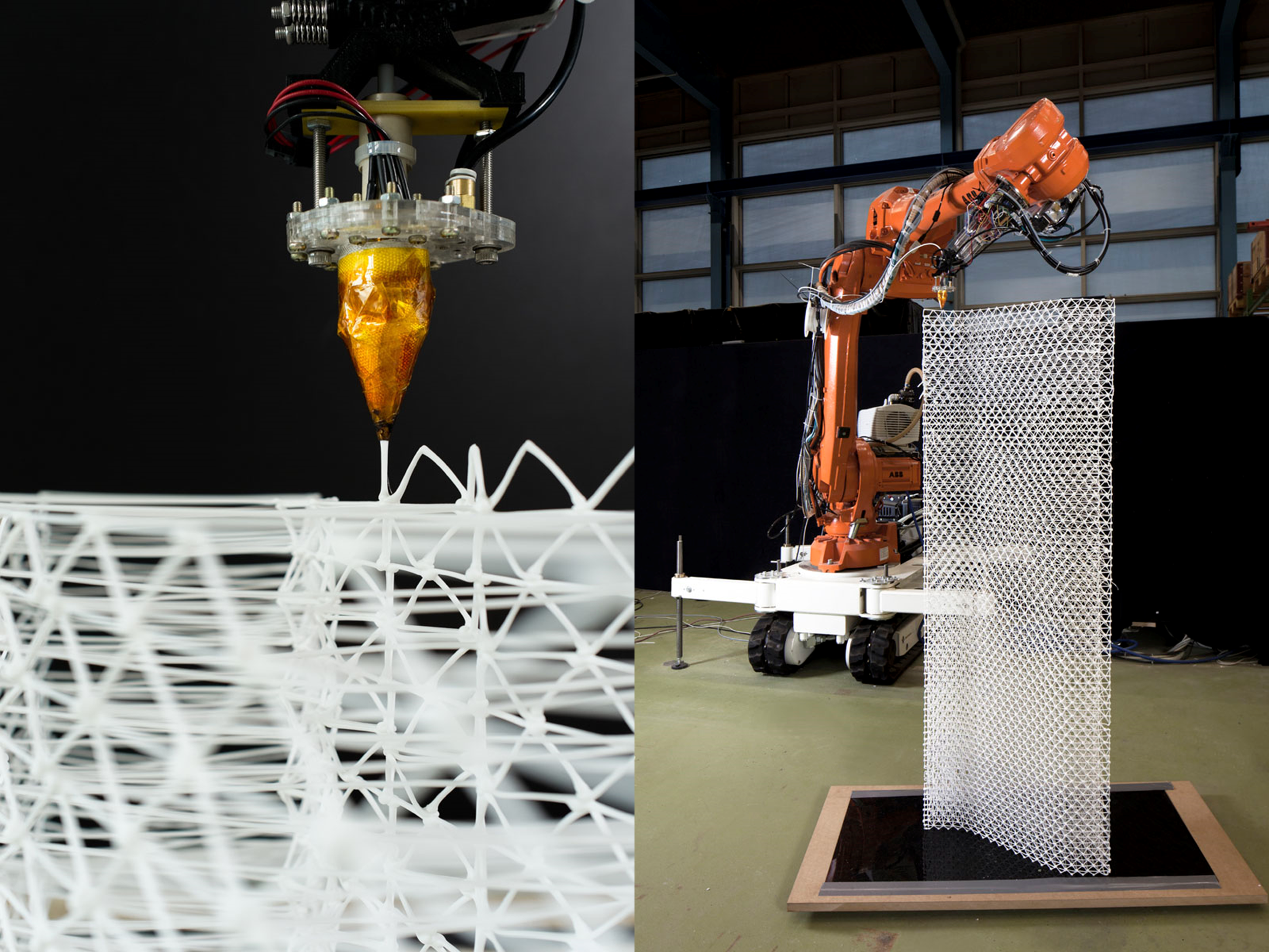 1. Setting up a steel/metal frame (rods) for the building
2. Pouring concrete over the rods
3. Formwork- using a wooden “shell” to hold the concrete in place as it dries

The problem with this process is the formwork. Because custom-made formwork is extremely expensive and non-reusable, builders opt for standardized, block-shaped formwork. This limits design creativity on top of the economic and environmental inconvenience.

Mesh Mould is a digital 3D printer in the works by researchers at the ETH Zürich research institute. The printer would produce steel frameworks that are both fine and dense, so that poured concrete would not seep out before it solidifies. The developers of Mesh Mould also created a special concrete mix to accompany the steel frames. Mesh Mould would eliminate formwork completely. Not only will this make the whole construction process more sustainable, it will lower material expenses and also save time. Others have taken notice as well. Mesh Mould received the 2016 Swiss Technology Award.

Statues, building, and monuments can be made of numerous different materials. However, when exploring iconic buildings and monuments that have stood the test of time and breached scientific barriers, steel proves to be the perfect fit.