POSCO had its long-term credit rating upgraded by Moody’s, a major international credit rating agency on June 21. The five-year-long credit rating of POSCO, Baa2, escalated to Baa1 with a Stable outlook.

This major shift is Moody’s first in five years from Baa1 to Baa2 back in 2013. Previous transition was seen last October when the outlook of POSCO’s credit rating, Baa2 was raised from ‘Stable’ to ‘Positive’.

Based on POSCO’s increase in sales of high-value-added products and the improvement of both domestic and overseas market conditions, Moody’s predicts its financial solvency will continue to improve throughout the next one to two years. A notable forecast last year was the decline in POSCO’s debt to EBITDA from 2.9 to 2.6-fold.

POSCO pulled through the long haul to improve profitability by reinforcing the competitiveness of steel, securing financial health and increasing the sales of high-value-added products amid the global oversupply of steel and aggravation of trade protectionism. 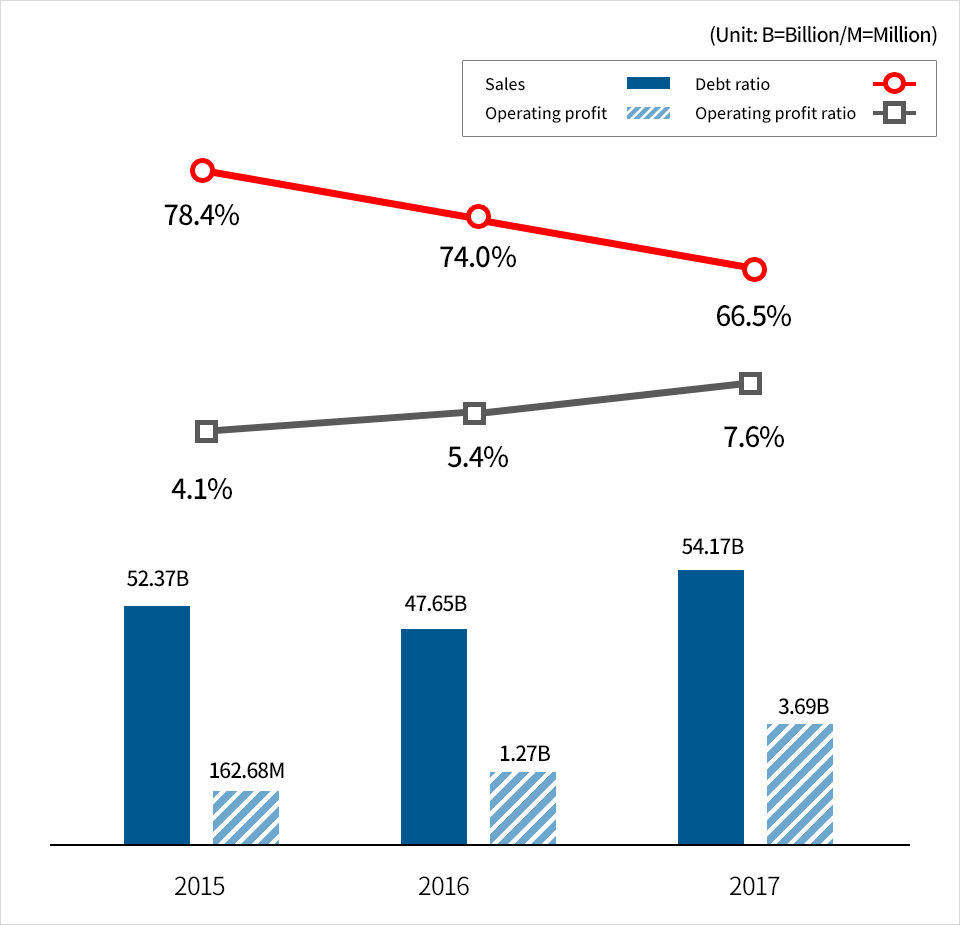