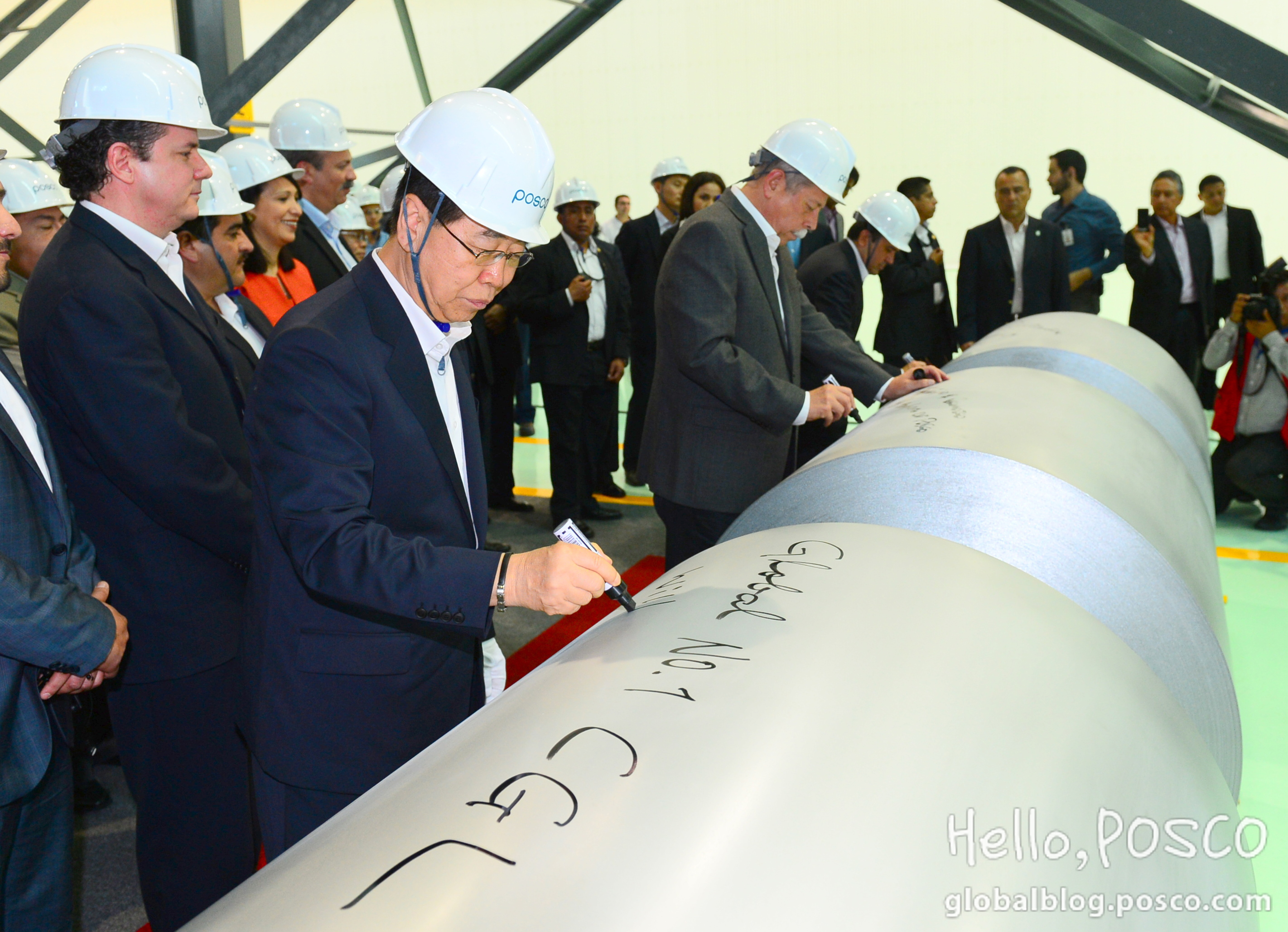 On January 28th in Altamira, Tamaulipas, POSCO completed construction on its second Continuous Galvanizing Line (CGL) in Mexico. The plant has added 500,000 tons of steel added to POSCO’s yearly capacity in the region. With its completion, POSCO has become Mexico’s largest producer of plated steel sheets for automobiles.

[box] What’s a Continuous Galvanizing Line? Almost nothing is stronger than steel—but without protection from water and weather, the backbone of the world’s industries will rust. Galvanization is the process of applying zinc coating to bare steel in order to prevent rust and make steel more durable. Steel can be protected from rust by paint or powder, too. But coating steel with zinc is more permanent. Galvanization means that even if steel’s painted surface is scratched off, it won’t corrode. Galvanized steel is therefore used for products that need to be extra durable—like cars. In a continuous galvanizing line (CGL), ribbons of fresh, newly-pressed steel are treated with zinc as they roll down a factory in a never-ending line. It’s kind of like a cafeteria line… if zinc were your lunch! Efficient, right? [/box] 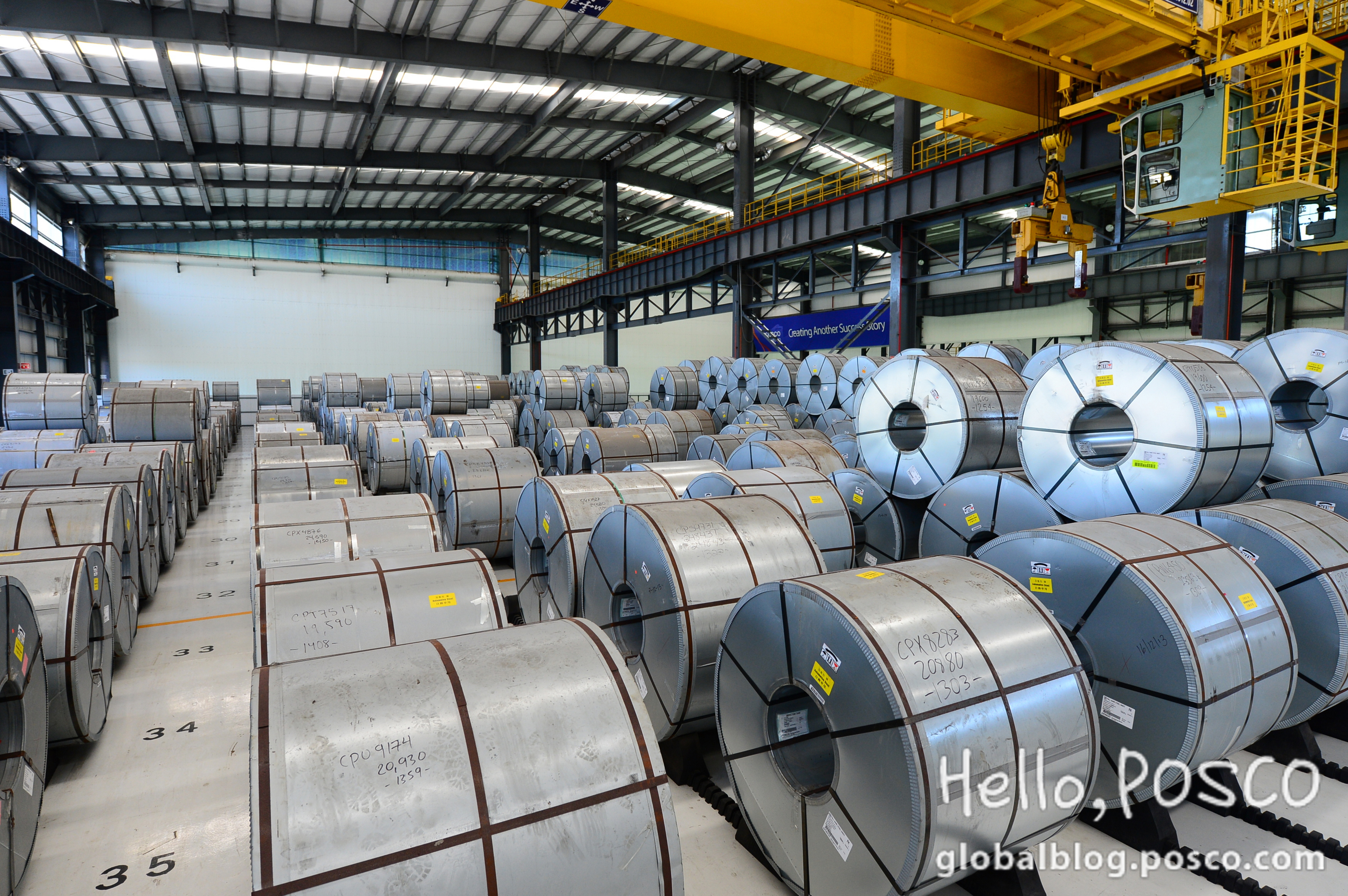 In a ceremony commemorating the factory’s opening, POSCO welcomed more than 300 people, including Mexican government officials and employees from client companies like Toyota, Honda, Nissan, and Volkswagen. The ceremony was led by key figures like Egidio Torre Cantú, governor of Tamaulipas, Seonghoa Hong, Korean ambassador to Mexico, and POSCO’s own CEO, Joonyang Chung.

Chung addressed close partnership between Mexico and Korea as a major factor in the new plant’s success. “The 2CGL factory is an extension of the road to friendship that POSCO and Mexico have been developing since our Mexico office was established in 1981,” he said. “I would like to give my deepest thanks to the many government officials, client companies, and suppliers who made successful completion of this factory possible. POSCO will continue in its efforts to supply premium quality automobile steel plates.”

In recent years, Mexico’s role in the world’s automobile industry has jumped by leaps and bounds. Companies like Volkswagen, Chrysler, GM, and Renault Nissan entered Mexico chasing the country’s low labor costs as well as its proximity to the USA, which is the world’s second-largest automobile market.

Now, the country is the world’s 5th-largest automobile export country. Last year, it exported 2.4 million automobiles. Honda, Mazda, and Nissan are all upping their Mexican production lines for new steel plates as a result.

2CGL, as the new galvanizing line is called, is POSCO’s second plant in Altamira. The company opened its first Mexican CGL in 2009. Combined, the two plants have 900,000 tons of automobile steel plate production capacity.

The main product of 2CGL will be a type of galvanized steel plate used in the exterior panels of high-end automobiles. The most in-demand products are the “GI Ace,” which has improved coating and processing capabilities, and the “780㎫ class AHSS steel”, a premium-grade steel plate that is lighter but more resistant to external impacts. The plates’ high quality and demand from the world’s leading automobile manufacturers is expected to add even more value to Mexico’s industry as a result.

In addition to its automobile steel plate factories, POSCO also has four steel processing centers in Mexico: POSCO-MPPC Plants 1, 2, and 3; plus POSCO-MAPC.

Contribution to the local economy and promotion of the automobile market are among POSCO’s major goals in Mexico. It also strives for sustainable growth in the local community. 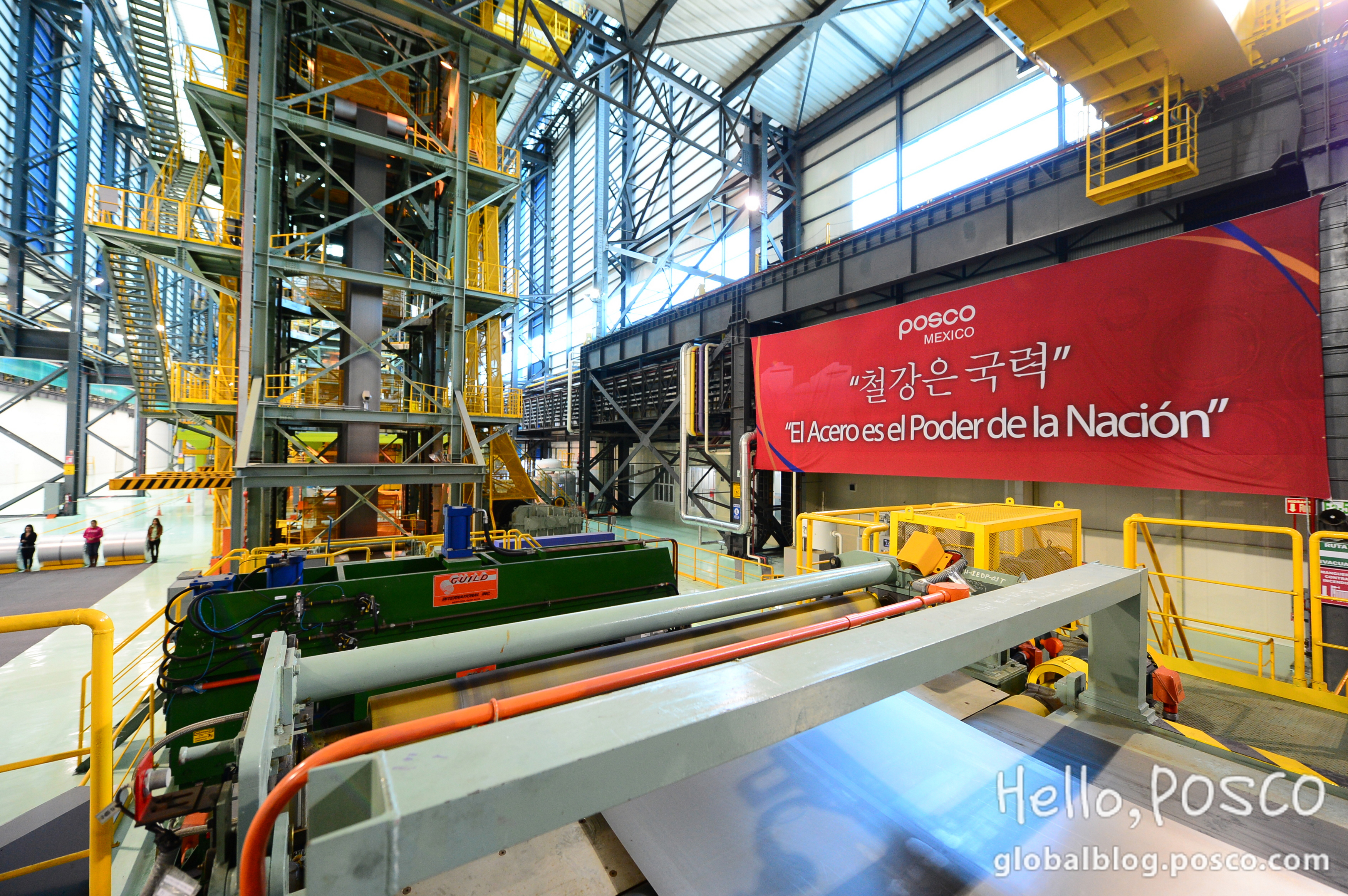 A 500,000 ton annual capacity 2CGL factory in Mexico, completed by POSCO on January 28th, 2014. With the establishment of 900,000 tons of production capacity in the country, POSCO hopes to secure a foundation from which they can lead in the local industry’s production of high added-value products.