Iron is the Future – Part Two: The Evolution of Steel Changes The World

Many people seem to think that its strength and inability to bend are the only properties of steel, but in fact there are all sorts of steel products with different qualities. Today, we are here to introduce to you the evolution and use of steel which goes beyond our imaginations! 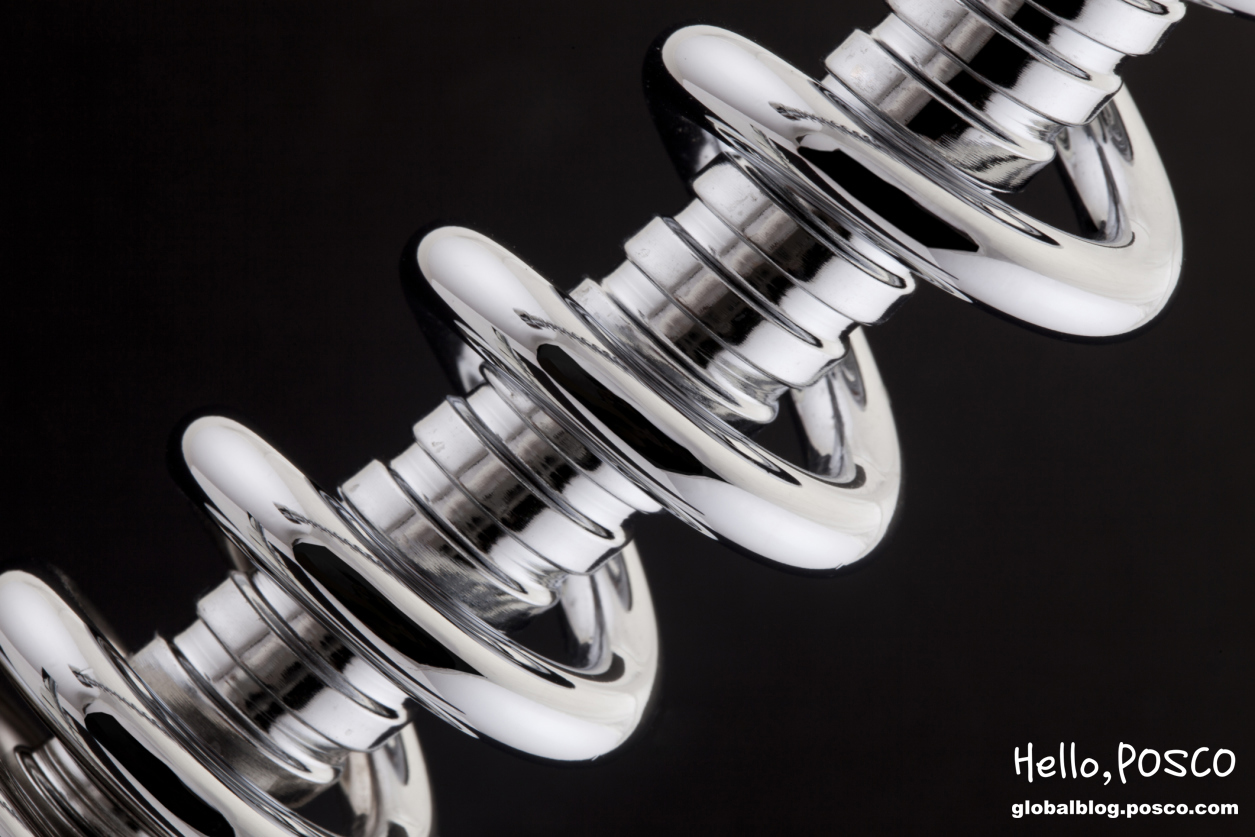 Shape Memory Alloys(SMAs): Now a Part of Our Daily Life 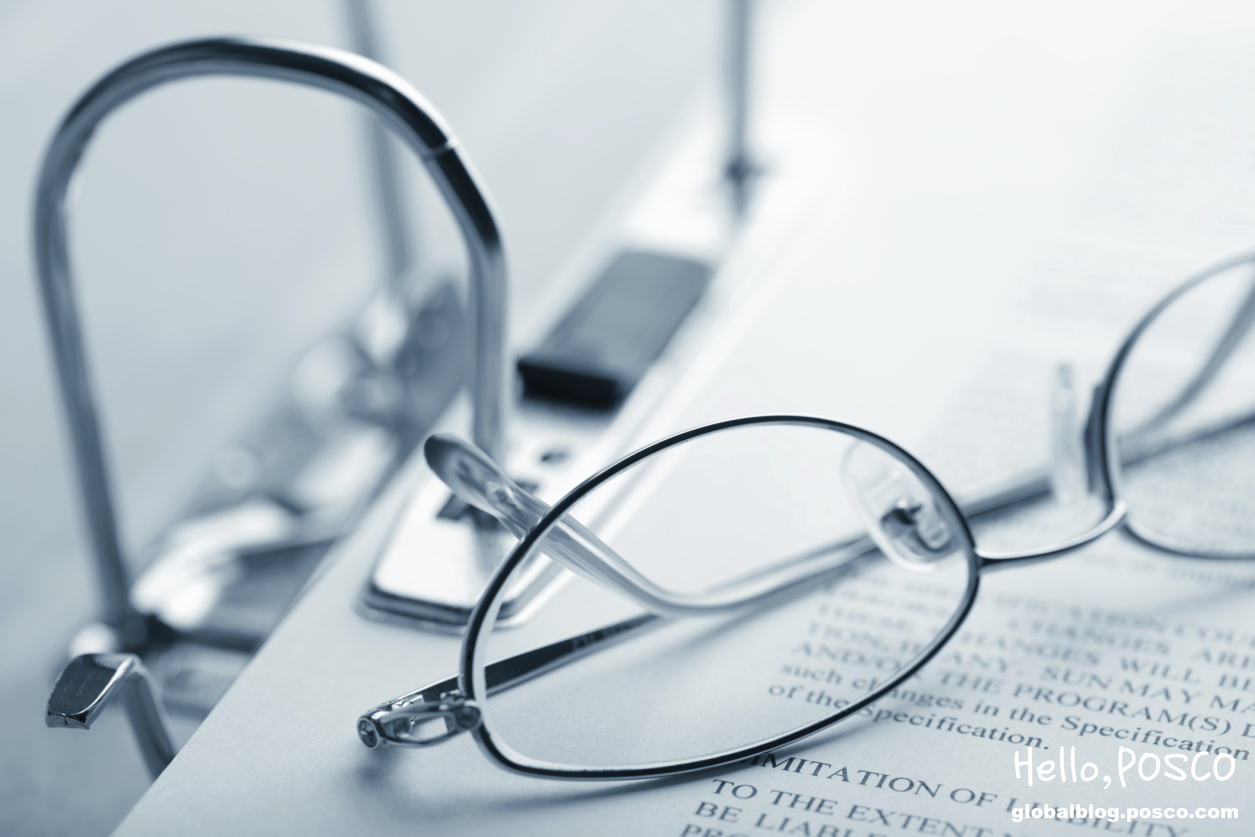 Once your glasses frames are made of SMAs, you won’t need to worry about breaking them either! While old bra wires were frequently damaged in the washer, shape memory bra wires prevent this problem as they have more than 10 times the elasticity of old wires and can return to their original shapes even after being bent, when in contact with the surface of the skin.

How were SMAs first discovered?

SMAs were first discovered at the US Naval Ordnance Laboratory in 1964 while researchers were attempting to develop a new material capable of immediate repair, to use in the building of submarines. In the process of developing this material, researchers coincidentally noticed a shape memory effect from a nickel-titanium alloy. This alloy became known as ‘nitinol’, named after nickel and titanium. Currently, nitinol is widely applied in objects we use in our daily life, such as cars, glasses frames and teeth straightening wires.

High Strength Steel Wire: the 1cm Long Wire that can Lift Up an Entire Tank

How heavy do you think a military tank is? A tank weighs around 60 tons. 60 tons equals weighs the same as 10 African elephants and 1,000 adults put together. At this point, can you believe the fact that a 1cm thick wire could lift up a tank? Well you should, because a 1cm thick high strength steel wire made out of amorphous alloys constructed by a mixture of steel and chrome, can definitely lift up a tank! 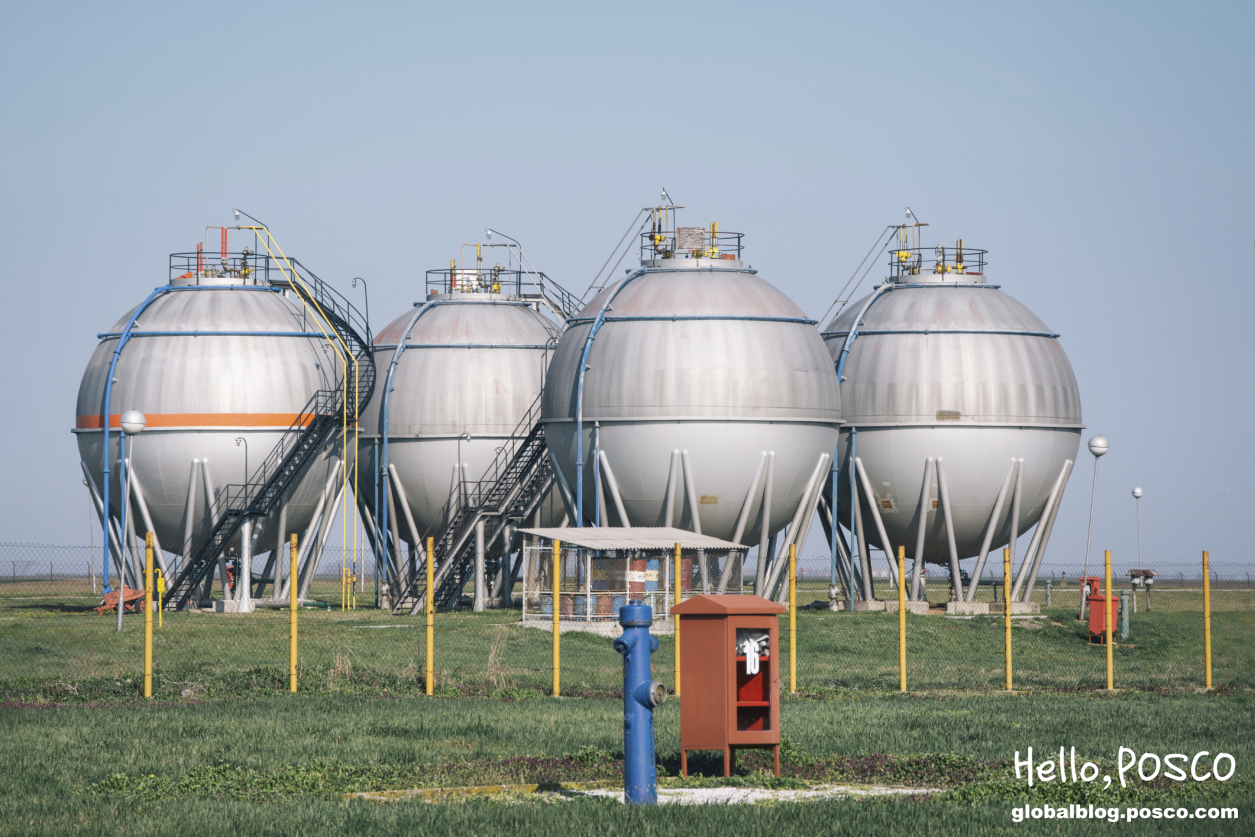 In addition, as this wire is effective against corrosion, it can also be used for chemical fuel tanks. Amorphous alloys which are the raw material of these wires, have been frequently used to create audio and video heads as they are effective against abrasion and have strong magnetic properties. Since heads made of amorphous alloys are protected from corrosion and abrasion, they stay in good condition for as long as we wish to listen and watch!

What are ‘high strength steel wires’ and ‘amorphous alloys’?

‘Amorphous alloys’ – yes, the vocabulary isn’t easy, but this is exactly why we’re going to explain these words to you! An amorphous alloy can be obtained by quickly cooling a molten alloy. Amorphous metals have much more strength than metals with crystalline structures, and possess impressive durability of abrasion and magnetic properties.

Metal Fiber: Created by Nano Technology and Thinner than Hair! 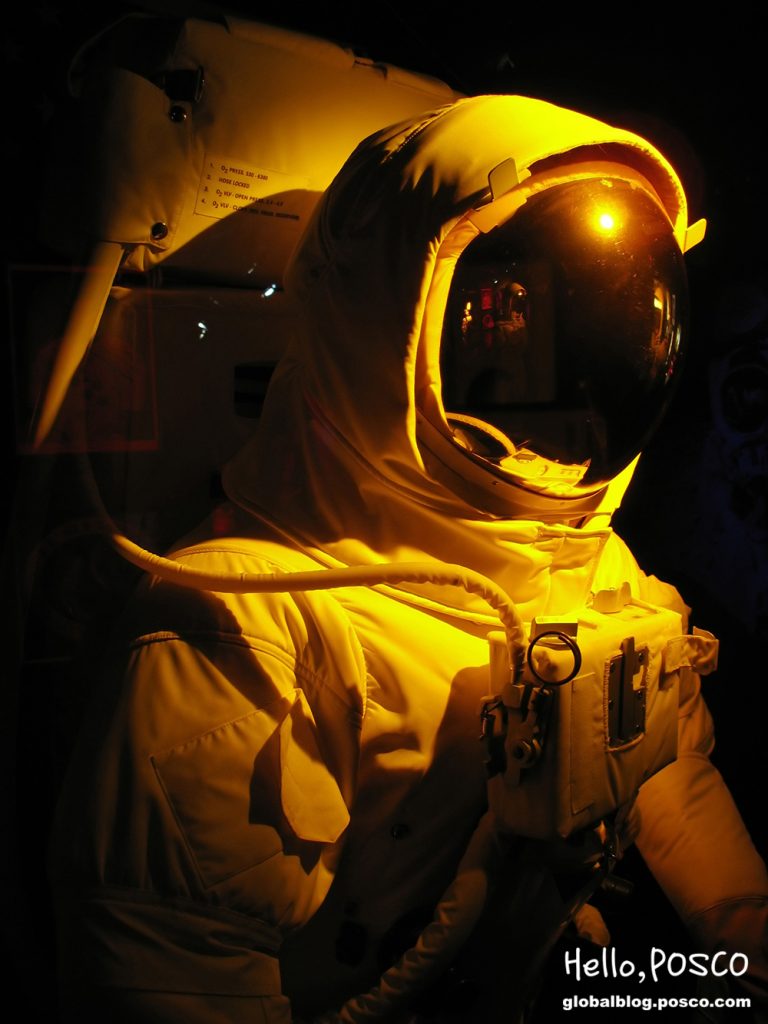 Would it be possible to create a piece of clothing with metal? For those of you who don’t think so, we present to you the ‘metal fiber’, which fulfills the most important qualities needed in clothes such as durability, absorptivity and wearability. The modern day metal fiber was created in the 1960s during the development of a new material for spacesuits. Metal fiber is not yet appropriate as everyday clothing material as it is heavy compared to normal fiber and has high thermal conductivity. However, due to its heat-resisting property, it is still used to produce military uniforms and gas masks. In 2001, Japan presented a maternity dress made out of metal fiber, which blocked out radioactivity.

Metal fibers are fibers made by the special machining of metals such as silver, steel and aluminum. They can be categorized into micro metal fiber and ultrafine metal fiber, depending on their diameter. Metal fibers are even thinner than human hair, which has the average thickness of 100㎛ (100 micrometre). 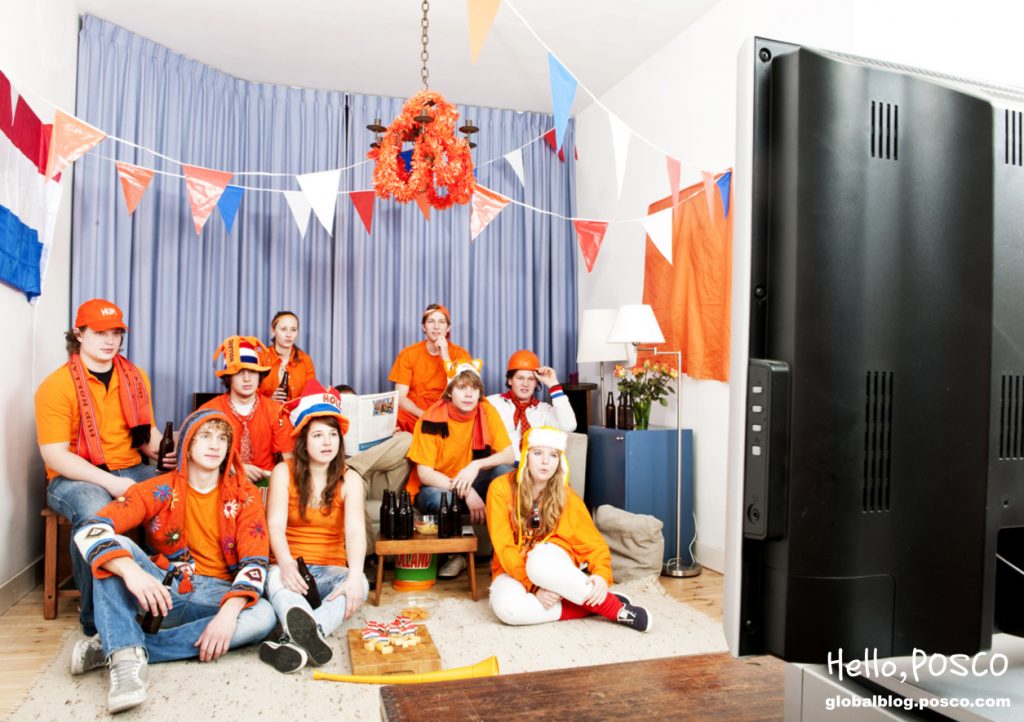 Most of us were probably stuck at home or work during the recent Brazil World Cup! Thanks to our high-definition TVs, we were able to feel as if we were actually at the stadium watching the matches in real life. What type of ‘steel’ is used in these large-screen color TVs that simply seem to get better and better?

First of all, we need to know that what we see on the TV screen is the projection of an image created by the red, green and blue beams penetrating the shadow mask. The shadow mask is a metal plate punched with tiny holes, which lies behind the front glass of the screen. Three electron guns at the back of the screen sweep across the mask, while the beams only reach the screen if they pass through the holes on the plate. If the shadow mask fails to perform its task, we cannot expect vibrant colors due to color spreading. In addition, the thermal expansion of a shadow mask could cause colors to appear incorrectly as the positions of the holes would change due to the expansion.

The larger the TV screen, the more important the role of a shadow mask. The reason we can see clear images despite the large sizes of TV screens is because steel used to make shadow masks have been continuously developed. Like this, steel has always been evolving to change our lives in different and unexpected ways.

These various uses of steel has long gone beyond our imagination and its influence over industries is still growing. Currently, we live in a world molded by the evolution of steel. POSCO can’t wait to see how steel will evolve in the future!