Following the visit to ChungAmEnC, a manufacturer of corrugated steel plate, POSCO Newsroom visited Dong Yang S. Tec, another INNOVILT alliance partner company that manufactures Pos-H. Take a look at the inside story.

You might have had an experience where you went shopping for shoes and found the exact design that you want. You asked the sales clerk for the size in 235 mm and found out that the shoe comes in 10 mm size units. Since you still wanted it, you bought it in 240 mm, but every time you wear them, it makes you wonder what it would be like if you could customize them to 235 mm.

This issue isn’t the case with clothes and shoes only. The construction market faces the same task as well: finding items that suit and fit perfectly. Pos-H, which is produced by Dong Yang S. Tec, is an excellent solution for the problem. How does Dong Yang S. Tec do this, and how is it related to POSCO? Find out the answers at POSCO Newsroom.

Two signs on the outer wall of Dong Yang S. Tec factory caught the eye. A shiny INNOVILT Alliance mark was placed next to another sign that read “POSCO Processing Center.” The signs were evidence showing that the relationship between POSCO and Dong Yang S. Tec was truly extraordinary. To delve into the story, POSCO Newsroom sat down for an interview with Haeng-Jea Lee (in charge of the Steel Structure department of Dong Yang S. Tec plant), Jin-Young Kwack (Dong Yang S. Tec Marketing Group Sales Team), and Han-Jo Kang (POSCO Construction Steel Materials Marketing Office).

Founded in 1981, Dong Yang S. Tec is an official processing center that cuts, processes, and sells steel materials produced by POSCO. About 100 employees are working in Daejeon, two factories of Pohang, and Seoul. Dong Yang S. Tec made its name known in the Korean steel industry as POSCO’s processing center and was announced as POSCO’s INNOVILT Alliance earlier this year, thus further strengthening its partnership with POSCO. The reason behind the selection was its unique Pos-H. Pos-H is Built-up H (BH) section steel, a construction steel material used to build the framework of buildings. The unique feature of Pos-H is that it can be customized according to the needs of clients — a breakthrough in the conventional steel market.

The conventional Rolled H (RH) section steel can only produce products in a certain fixed size. However, in the case of Pos-H, the BH section steel, clients can choose the desired size, and the product is manufactured by cutting and welding as required. 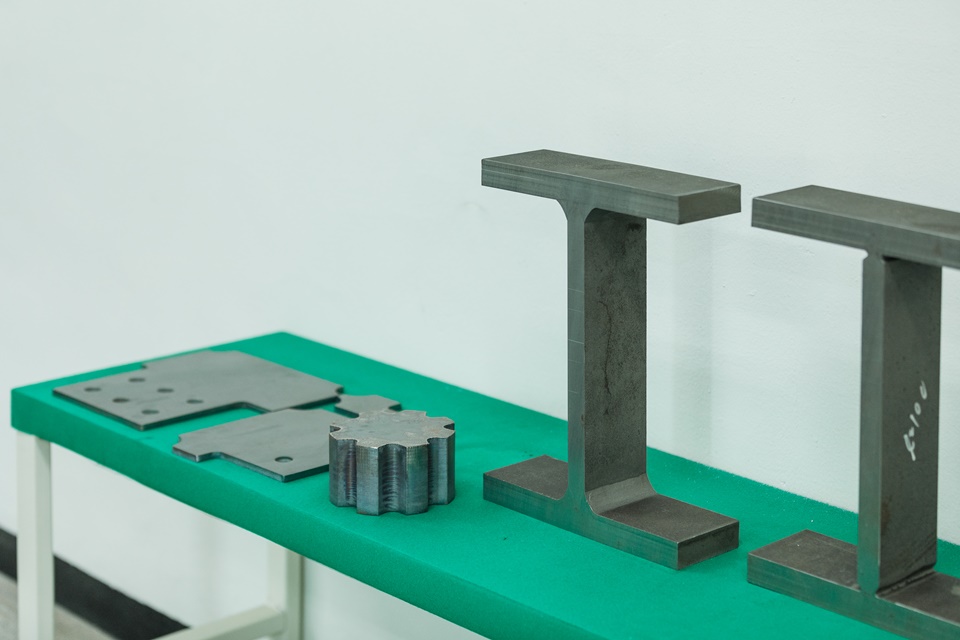 Dong Yang S. Tec and POSCO have jointly developed Pos-H since 2015. It was a momentous occasion, with the cooperation between two companies taking the next step: becoming a new product development and production partner. Dong Yang S. Tec’s Jin-Young Kwack said, “Pos-H and INNOVILT Alliance was a breakthrough for us. In the past, our main business was simply processing and distributing products made with POSCO steel. However, thanks to Pos-H and INNOVILT Alliance, we could boost sales and client credibility, despite various difficulties in the market.”

Dong Yang S. Tec made bold investments regarding facilities by remodeling factories and introducing new machinery to produce Pos-H. POSCO also stepped in, providing technical research support to make sure that the investments of Dong Yang S. Tec would not be in vain but yield positive results. POSCO’s Han-Jo Kang said, “When proposing Pos-H to construction companies, POSCO, Dong Yang S. Tec, and the design engineering firm visit them together. The three of us join forces, like a three-way collaboration. Pos-H is much economical and more appropriate to meet delivery dates with enhanced productivity compared to convention RH section steel. As these advantages became known, the supply of Pos-H is gradually expanding in the conservative construction market, where the use of RH section steel is dominant.”

The greatest advantage of Pos-H is its cost-saving effect made possible through weight reduction. Pos-H can save 15~20% of the total amount of steel needed for production compared to RH section steel. Let’s say that a construction site requires 100 tons of RH section steel. With Pos-H, it is possible to build a strong and durable building with just 85 tons. Haeng-Jea Lee of Dong Yang S. Tec remarked, “In the past, all buildings had to be constructed according to the fixed specifications of RH section steel. However, Pos-H allows new customized orders that suit the architectural design. For example, suppose you need steel with a height of 850mm. In the case of RH section steel, the standard is set at 900mm, so you will have to change the structure design to meet the specifications, but as for Pos-H, it can be customized to 850mm. Since the material becomes lighter, cost reduction is an obvious outcome.” 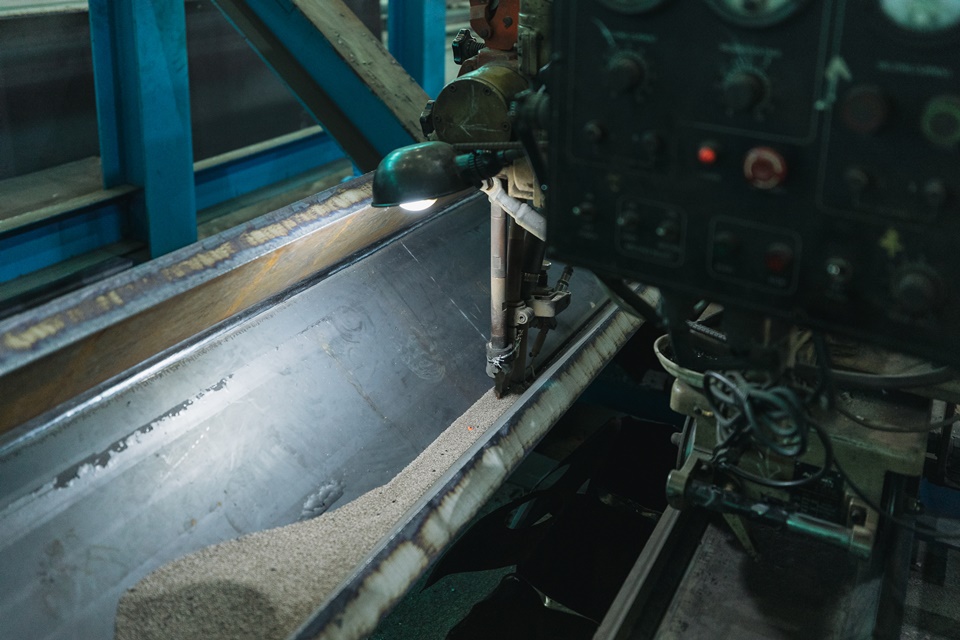 Now that we’ve seen the many advantages of Pos-H, what about its safety? One might think that Pos-H wouldn’t be as strong as RH section steel since it is made by welding. However, POSCO’s Han-Jo Kang said that this assumption wasn’t real. “After more than half a year of research together by POSCO, Dong Yang S. Tec, and RIST (Research Institute of Industrial Science & Technology in Pohang), Pos-H is revealed to have at the least equal or better performance compared to RH section steel. People might think that when pulled on both sides, the weld zone of Pos-H might break. However, after multiple series of high-strength tests, it turned out that the steel broke in the middle and not the weld zone. This shows how strong Pos-H is,” said Kang with a sense of pride and confidence.

Then how is Pos-H different from RC (reinforced concrete), a traditional material of architectural structures? Haeng-Jea Lee said that Pos-H has mainly three advantages over RC. First, Pos-H is a sustainable material. Compared to concrete, which is non-recyclable, iron, the raw material of Pos-H, can be reused indefinitely. Second, Pos-H is economical. RC has complicated processing stages and long construction periods that, in turn, lead to increased costs. In comparison, Pos-H can be produced and delivered in a shorter time, thus, reducing the overall cost as well. Third, Pos-H is resistant to earthquakes. The material used by Dong Yang S. Tec to produce Pos-H is SN355 and HSA500 — both POSCO’s earthquake-resistant steel.

Pos-H manufacturing was in full action at the factory. Several cranes installed on the ceiling were moving the large steel plates incessantly on the manufacturing process. At the end of the process, the steel plates bearing the POSCO mark were transformed into the strong Pos-H.

The manufacturing process of Pos-H can be divided into seven steps. When POSCO’s high quality hot rolled steel or steel plates are delivered, they are cut into the desired size ordered by the client. The material is then shaped into an H shape, welded firmly, and calibrated. The finished product goes under inspection regarding its length and weld. For a more vivid experience, check out the entire manufacturing process in the video below. (Korean)

The Pos-H is sent to a secondary processing company before being used on site. Secondary processing companies perform several works, including hole piercing, painting, and attaching small parts so that the manufactured Pos-H can be used at the construction site. The final Pos-H products are used in the framework of various architectures around us, such as bridges, factories, and buildings.

The main factor that makes Dong Yang S. Tec different is that all of its raw materials are 100% POSCO steel. This demonstrates the true identity of an INNOVILT Alliance. Haeng-Jea Lee explained that Dong Yang S. Tec doesn’t use steel from other companies, making the company credible among clients. Jin-Young Kwack added, “Dong Yang S. Tec is a POSCO INNOVILT Alliance. The title itself shows how credible the company is. POSCO provides one-stop solutions from the raw material stage to the sales stage. And also follow-up management in case a problem with the product comes up. But as of present, there hasn’t been a single case.”