How POSCO Employees at Steelworks Cool Themselves Under the Burning Sun

In Korea, we are going through one of the hottest summers in recent years. In streets, people are sweating buckets as the temperature hovers around at mid-30℃. Can you image what it would be like working at steelworks in this weather? ‘Hello, POSCO’ took several snaps of POSCO employees to share how much passion and sweats they are embracing while working in the unimaginable heats.

Regardless how hot it is out there, POSCO’s Pohang Steelworks and Gwangyang Steelworks continue pouring out hot molten metals. These are the photos of POSCO employees fighting against the hot summer with passion and spirit. 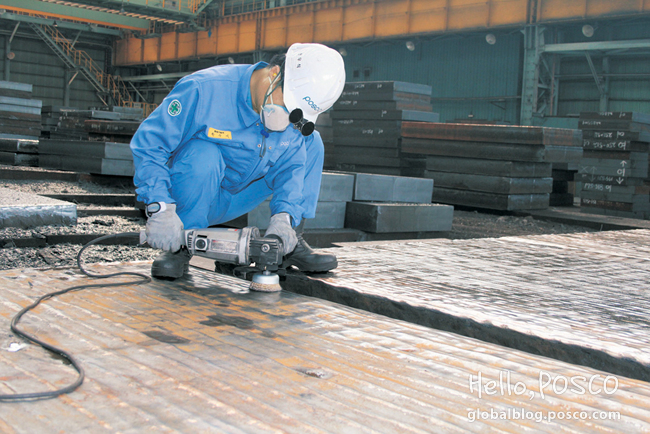 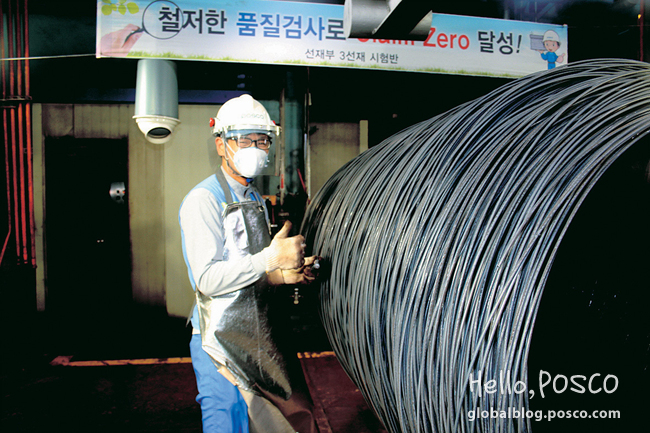 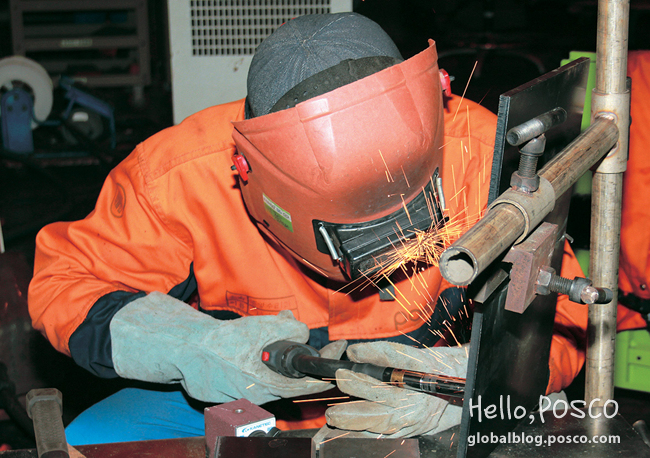 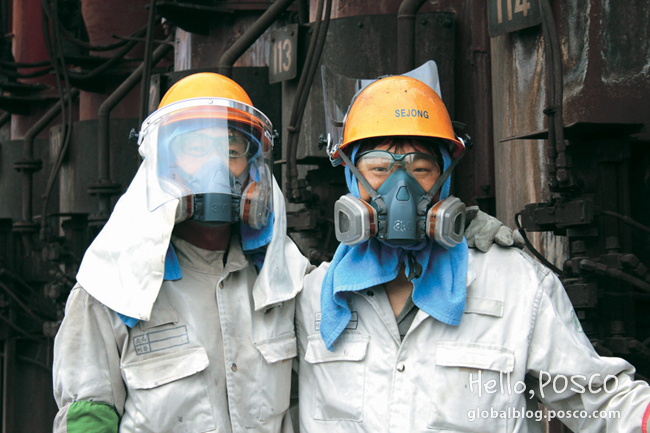 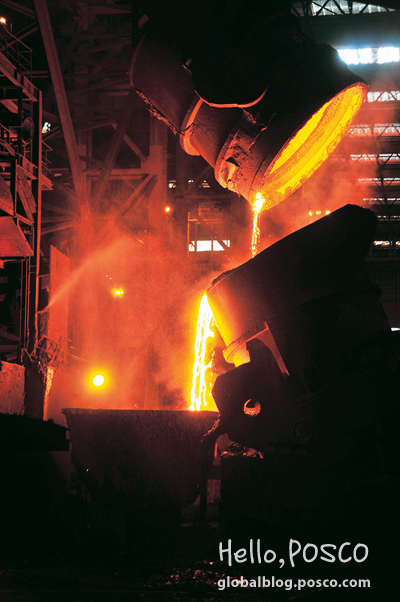 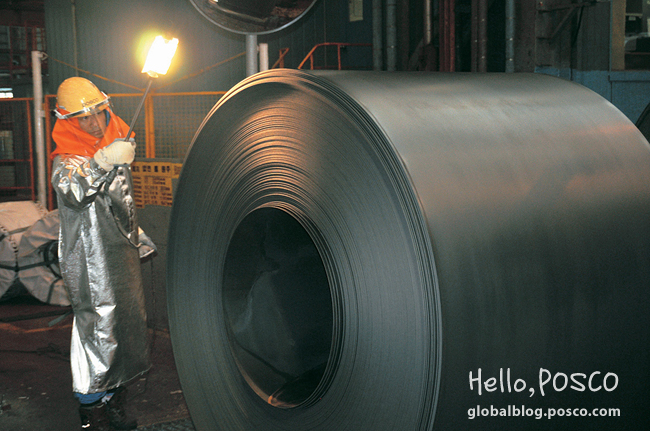 To cool the unbearable heats from the weather and the facilities, POSCO is providing ice machines and cold water fountains at Pohang Steelworks and Gwangyang Steelworks. It is to protect POSCO employees’ health and safety from working at offices, control rooms and high temperature worksites.

How Our Employees Fight Face-to-Face With Summer Outside Steelworks

Pohang Steelworks’ in-factory refectory has been serving ‘Samgyetang,’ a tradition Korean chicken soup with ginseng, so our employees can ward off summer heat and stay healthy. On July 23rd, we also have shared red bean ice desserts with 189,000 employees of POSCO and outsourcing partners. During the feast, POSCO’s managing directors listened to the employees’ voices over any difficulties they are facing. This would be helpful for improving the working condition at the steelworks. 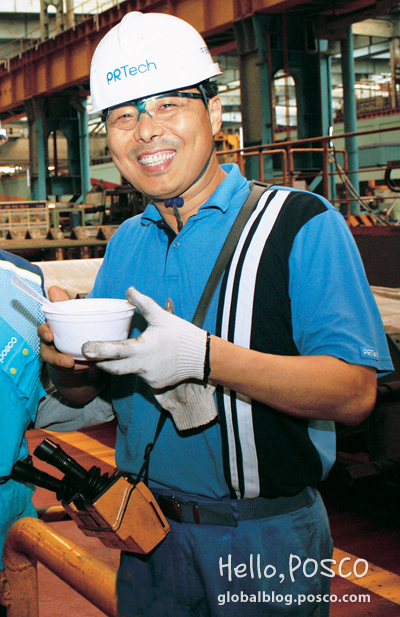 Kang Hae-won, PRTech, is smiling while having a bowl of hot soup at Pohang 1st Cold Rolling Factory 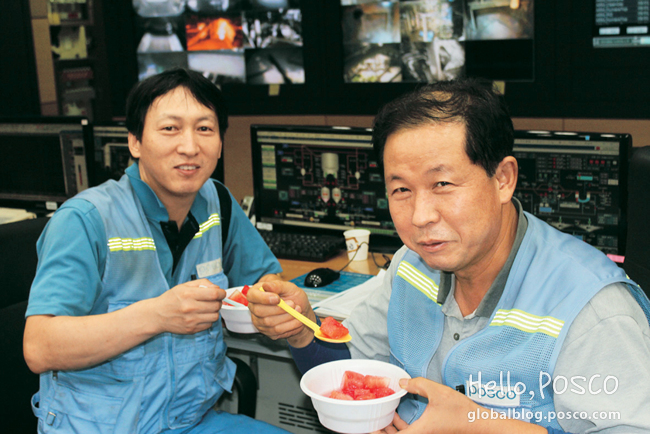 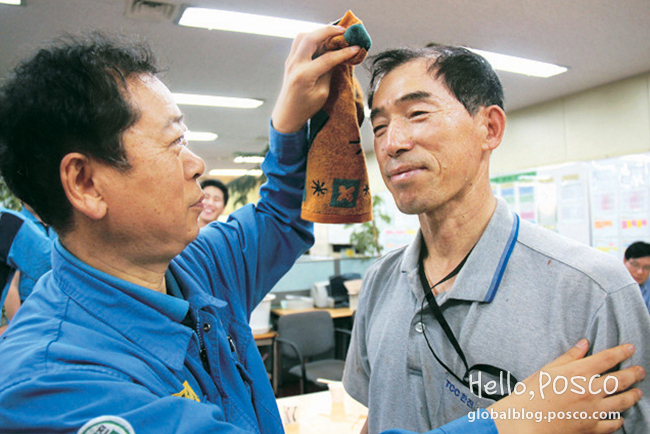 On July 12th, Gwangyang Steelworks shared hot chicken soups, cold watermelons and red bean ice desserts with all factories to encourage the workers and to protect their health. The wives of Gwangyang Steelworks’ employees also joined to prepare the meals for their husbands working in this hot summer. 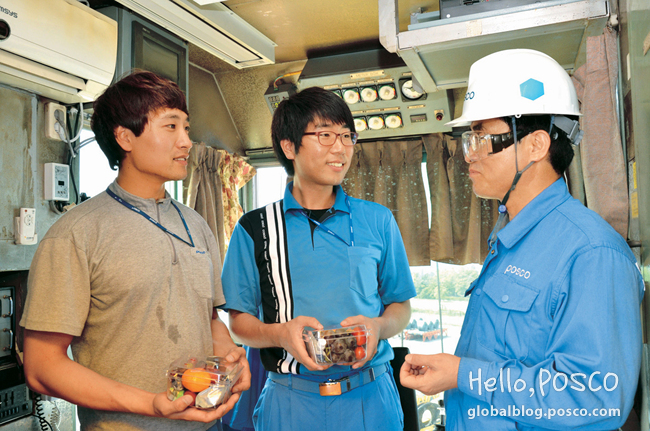 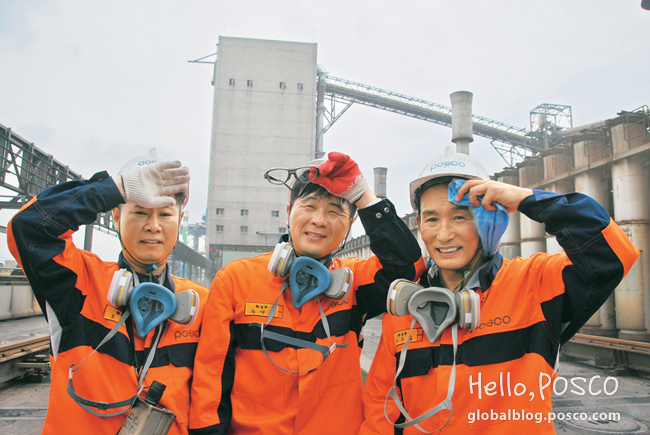 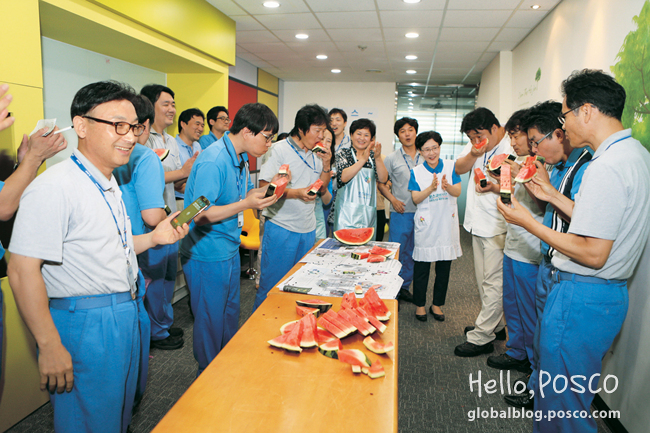 Employees at Technology Institute are having watermelons, prepared by their families 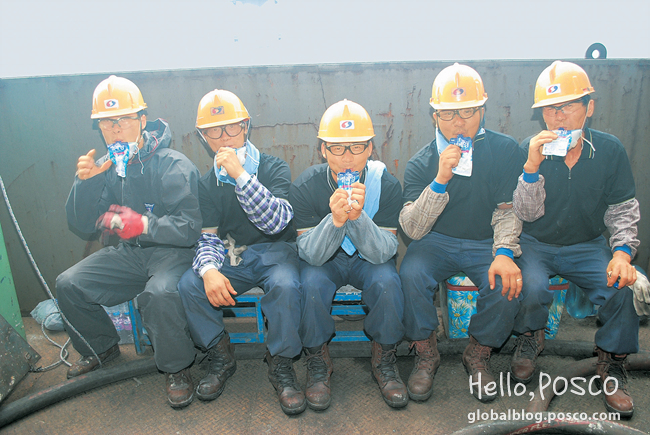 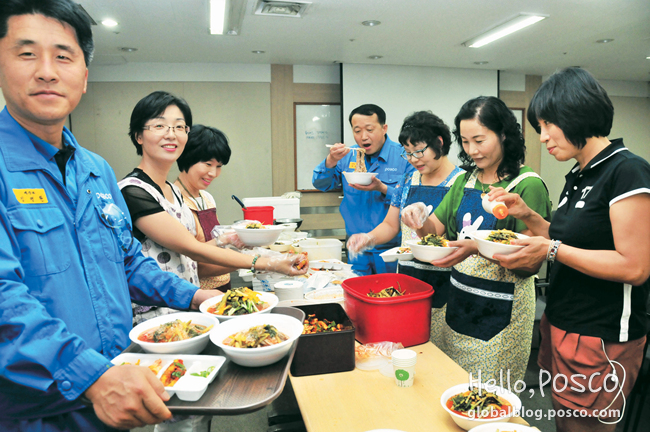 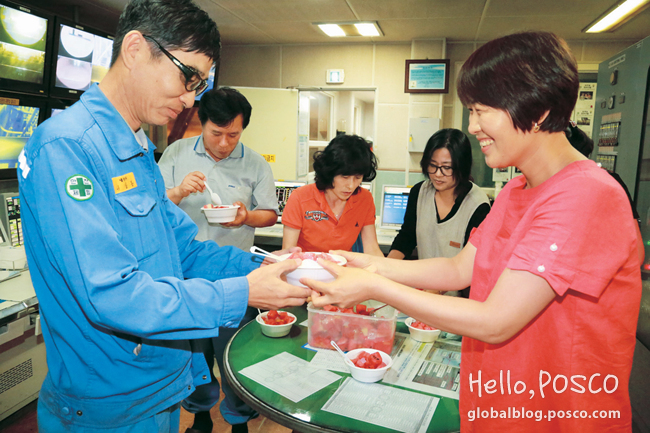 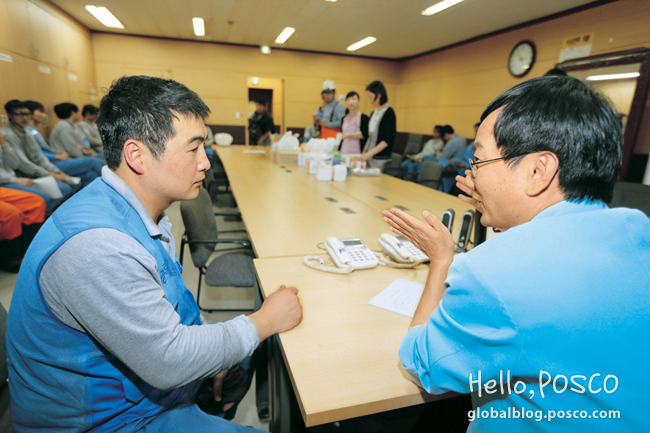 During the hot season, the Health Promotion Teams in Pohang Steelworks and Gwangyang Steelworks provide travelling clinic service. From early July, the medical teams which consist of doctors, pharmacists, nurses and industrial hygiene managers, visit each workplace two to three times a week, and this will continue until the end of August.

It is truly impressive and we are in awe of the POSCO employees’ challenging spirits in this weather. We hope their morale was also boosted by the supports from their families and colleagues.