Hearing from Professor Sisodia: POSCO, A Firm of Endearment

‘D’où Venons Nous? Que Sommes Nous? Où Allons Nous?’ is a remarkable yet darkly profound piece of work by a famous French artist, Paul Gauguin, completed in midst of his suicidal urge. The translation goes, ‘Where do we come from? Who we are? Where are we going?’ 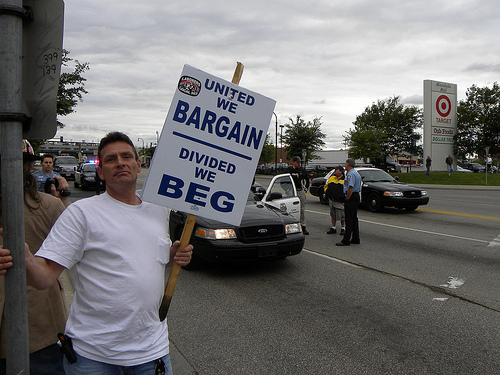 About a century later, the world faced a time that begged the exact question asked by Gauguin. In 2008, we witnessed the fall of Subprime Mortgage, resulting in unprecedented economic doom, and the world fell in despair and discerning critics were rampant. 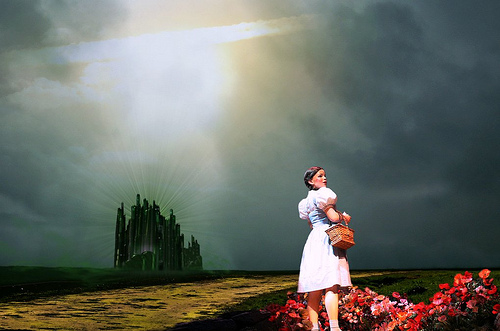 The Wizard of Oz By: Wistful ~

Economist magazine, Financial Times wrote that “The experiment for the practice of Neo capitalism has utterly failed.” A famous journalist, Martin Wolf alluded to the classic quote from the Wizard of Oz, “I’ve a feeling we’re not in Kansas anymore,” as he announced, “The future we’ll face would be totally different from the last 30 years we’ve enjoyed.”

If so, what lies in the future for Capitalism? How then, should companies exactly go about their new attempt in what approach?

Professor Rajendra Sisodia from Bentley University in US provides possible solutions to the above challenge, in his recent book, Firm of Endearment. 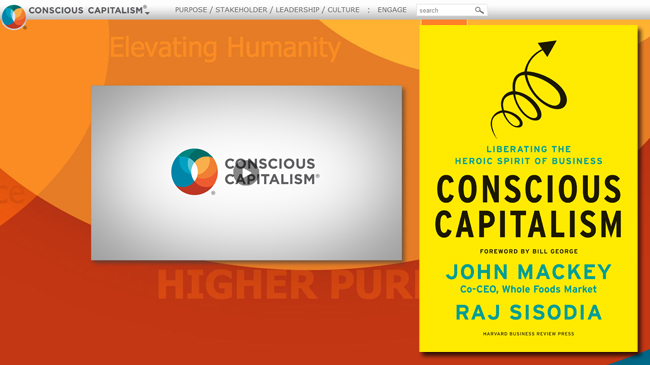 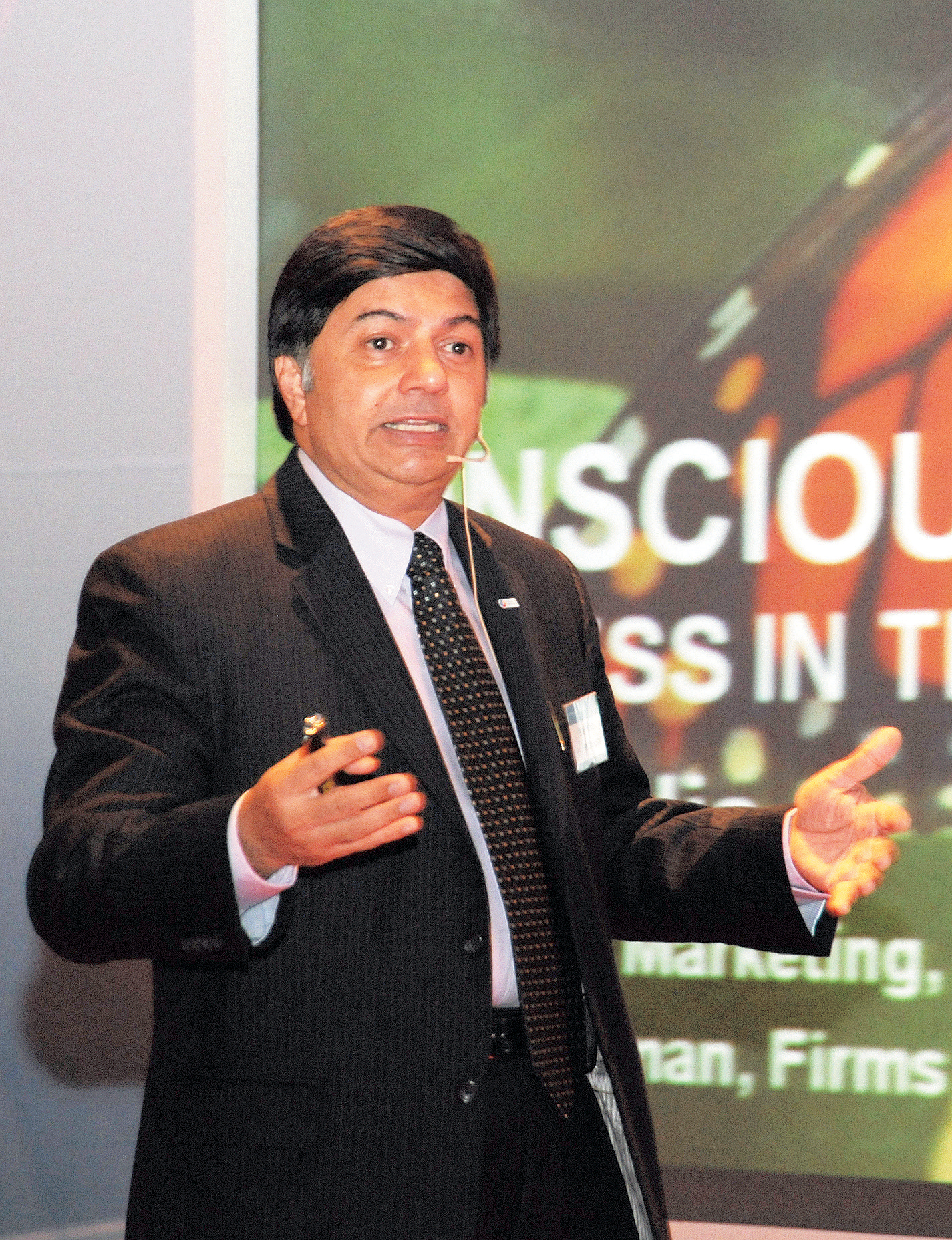 A frequent and popular keynote speaker, Raj has made nearly 500 presentations at leading universities, corporations, non-profits and other organizations around the world.

Bentley University honored him with the Award for Excellence in Scholarship in 2007 and the Innovation in Teaching Award in 2008. He was named one of the “Ten Outstanding Trailblazers of 2010” by Good Business International, and one of the “Top 100 Thought Leaders in Trustworthy Business Behavior” by Trust Across America for 2010 and 2011 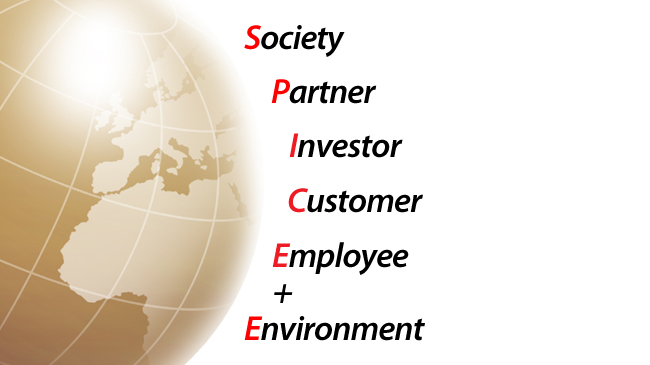 SPICE is an acronym for ‘Society,’ ‘Partner,’ ‘Investor,’ ‘Customer,’ and ‘Employee,’ which Sisodia suggested to explain a supposition that sums up companies’ stakeholders. Sisodia avers that a positive synergy between the SPICE elements will result in becoming a firm of endearment as all exquisite dishes require ambrosial spices.

**POSCO is currently operating a “SPICEE Model,” in which we added another element, ‘Environment,’ considering the nature of being a steel industry.

“Firms of endearment aim for the highest, while positively contributing to the world with an honest generosity. These companies then will ultimately transform the world we’ll face a decade later, and will elevate humanity’s physical/mental health and material prosperity,” said Sisodia, as he backed his prediction with precedents of Google and Southwest Airlines. Included in examples to support Sisodia’s argument is POSCO’s accompanied growth with other firms who were mentioned previously and our environmental management. Let’s listen to what Sisodia has to say about this. 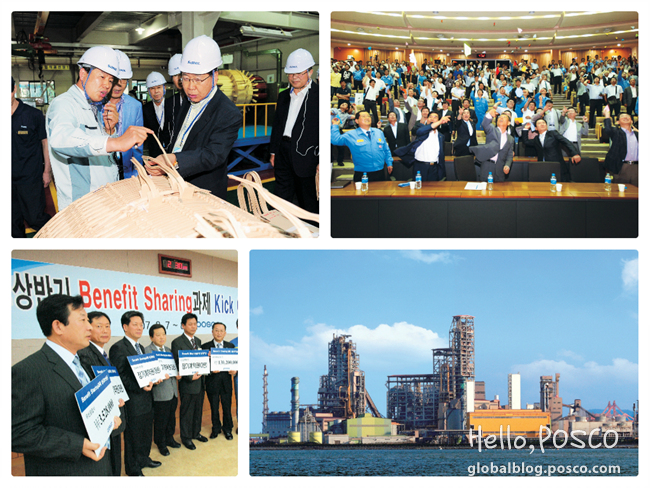 “POSCO boasts an impressive relationship with stakeholders. Especially, one must take a close look at POSCO’s activities concerning the supplying companies. From 2004, POSCO has not only been steadily following the payment term for all supplying companies, but also introduced a policy of giving full payment in cash within three business days. Through this, POSCO is helping the financial flexibility of the partner to pay for its own supplying company directly on time. This sequence can bring a huge change to the business environment as a whole internationally.”

“Conscious Firms will invest in their supplying companies in order for them to grow, as POSCO is providing long-term specific support for its supplying company to eventually become a world-class corporation. POSCO’s support includes areas in technology, financial, human capital, on top of which POSCO is currently operating 67 programs as of June 2012.”

“POSCO is also advancing “PCP Policy for Supplying Company” to those that satisfied high scores in their technology, reduction of production costs, sustainability, and obedience of payment terms. The certified supplying company will be provided a negotiation preference, along with exemption of various subsidies, invitation to foreign steel industries, and opportunities to be involved in POSCO’s education/training program.”

“Low-carbon Green Growth” is a huge challenge to a company like POSCO, especially. The reason lies behind the fact that POSCO produces vast amount of carbon-dioxide through its massive use of energy. Hence, POSCO must have had to put tremendous efforts to transform this risk into a new, positive opportunity. Today POSCO has internationally announced its aim to become world’s leader in global green growth, and the company is indeed propelling fiercely with various strategies concerning carbon management. To my observation, the spirit of Green Steel, Green Business, and Green Life in POSCO’s future outlook seems clear.”

That was just a bit of introduction to Sisodia’s insight to POSCO. How was it? We hope you enjoyed this new outlook on POSCO by a foreign scholar. With these encouraging words of Sisodia and perhaps our hard work so far to result in such impressive achievements, POSCO will try our best to become a “Firm of Endearment.” In the effort, we plan to share and create common values with the society, our customers, partners, employees, the environment, and all our stakeholders. We hope that you may be excited to expect an even more improved POSCO in the future with generous and hopeful eyes.