[worldsteel] Revolution at the Heart of Green Steelmaking

Steel is a unique material. Once it is made it can be used and recycled indefinitely. It is one of the most sustainable material, especially when considering its entire life cycle. Nonetheless, with climate change being the biggest global concern, the reduction of CO2 from steel production is a major priority, and it should be. That’s why many steel companies are zeroing in on the effort to innovate their technology towards this direction.

In this instance, HYBRIT, a ground-breaking initiative in Sweden, is making bold moves to replace the coke, the standard material used for current steelmaking – with hydrogen produced from renewable electricity.

If successful, HYBRIT will dramatically transform the traditional landscapes of steelmaking, according to the worldsteel. Taking a step towards the future of zero environmental impact, POSCO Newsroom presents worldsteel, “Revolution at the heart of green steelmaking.”

In June 2018, a symbolic ground-breaking ceremony took place at the site of a pilot steel plant in Luleå, Northern Sweden. It marked the start of a project which is hoped will eventually lead to a revolution in steelmaking – the reduction of the factory’s carbon emissions to virtually nil.

Those involved in the project believe it has the potential to significantly decarbonise the steel industry in Sweden and elsewhere. Indeed, the steel industry as a whole has been continually striving to improve the efficiency of its processes, and producing a tonne of steel now takes 40% of the energy it required in 1960.

HYBRIT is a joint venture between SSAB, the largest steel producer in the Nordics, LKAB, Europe’s largest iron ore producer, and Vattenfall, one of Europe’s largest electricity producers. If the project is successful, it has the potential to reduce Sweden’s total carbon dioxide emissions by 10 percent, and Finland’s by seven percent.

Mårten Görnerup, CEO of the joint venture company, explains the project timeline: “A pre-feasibility study began in 2016 and now we are building the pilot plant and will run tests between 2020 and 2024.

“By 2028, we will scale up to a demonstration plant which will run as an industrial facility operating 24/7 for months. All being well, the goal is to have an industrial process in place by 2035.” 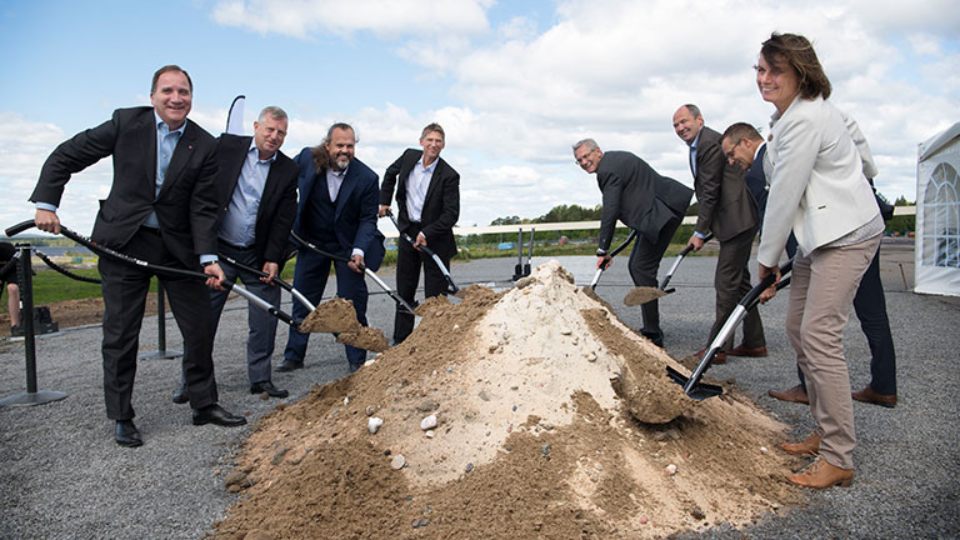 ▲ The symbolic groundbreaking for the HYBRIT project, which could significantly lower steel-making’s carbon footprint

Currently, the majority of hydrogen is produced through a process called steam reforming, which involves using high temperature steam to extract hydrogen from natural gas, a fossil fuel. What is special about the HYBRIT process is that all the hydrogen is obtained by passing an electric current through water in what is called electrolysis. Although this is energy intensive, if the required electricity can be sourced renewably then the carbon emissions in the whole process are negligible.

Sweden was therefore an ideal location for HYBRIT due to a combination of factors. “Sweden has good access to renewable electricity, easy access to water, Europe’s highest-quality iron ore, and a specialised, innovative steel industry,” says Gornerup. “The signing of the Paris Agreement and the decision in the national parliament that Sweden would phase out fossil fuels for electricity production by 2045 means the timing is also perfect.”

The plant will be used to run experimental campaigns to find the optimum conditions for reduction. The work will give a clearer understanding as to what happens within an interconnected industrial system and how to achieve an efficient production process.

Martin Lindqvist, President and CEO of SSAB, adds: “HYBRIT is a significant part of the road towards SSAB’s sustainability goals, and the report from the pre-feasibility study shows not only that is it possible to carry out this initiative, but it can also create exciting future opportunities for us as a company. We want to be part of the solution to the problem of climate change.” 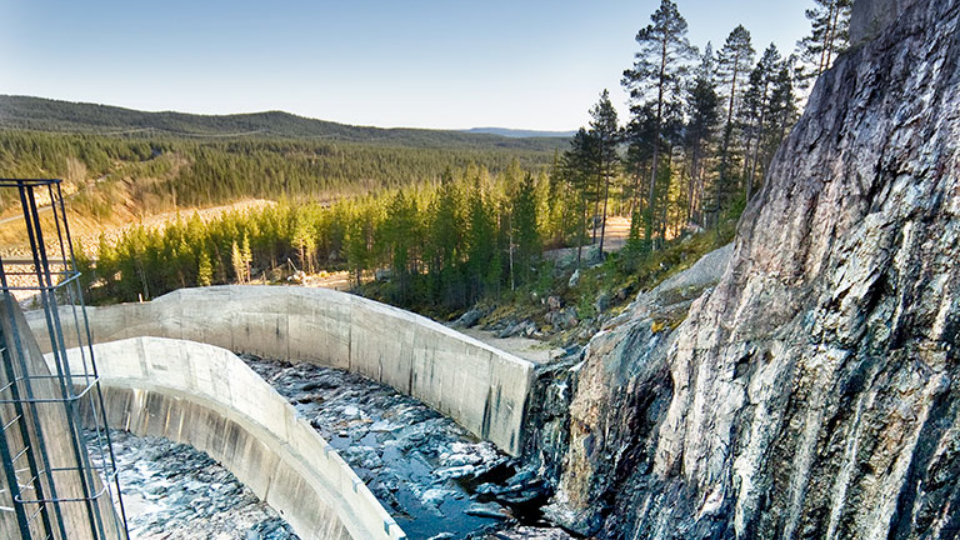 HYBRIT has been extensively supported by the Swedish government and in June, received the largest ever financial contribution from the Swedish Energy Agency for a pilot project – a total of 528m Swedish krona, equivalent to €51.3m.

While initial research suggests HYBRIT’s production costs will be around 20 to 30 per cent greater than traditional steelmaking processes, that gap is expected to shrink over time, with the potential for increasing costs for carbon dioxide emissions through the European Union Emissions Trading System, and an expected decline in the cost of renewable energy.

If HYBRIT is successful, the implications for the future of steelmaking globally could be significant. Görnerup concludes: “We are entering a new era for the steelmaking industry. Of course, the technology requires large amounts of cheap renewable electricity, which today is not available in all parts of the world. But reducing iron ore without using coking coal would be a massive shift in the industry and have major positive implications in our fight against global climate change.”

The original content published on the worldsteel’s ‘Our Stories’ section is available at: https://stories.worldsteel.org/innovation/sustainability-fossil-free-steel-factory/