Why More Drones Will Fly the Skies of Workplaces

The drone industry met its turning point In 2015, when the U.S. Federal Aviation Administration (FAA) granted special exemptions to numerous companies to operate drones. Then in 2016, the FAA officially laid out more lax regulations regarding drone usage that led to a spike in drone purchase and registration.

There are several different definitions for drones, so the numbers may vary, but Business Insider Intelligence projects drone sales of more than USD 12 billion in 2021 for military, personal and commercial use.

Commercial applications for drones are especially on the rise with an expected compound annual growth rate (CAGR) of 19 percent from 2015 to 2020, and The Association for Unmanned Vehicle Systems International estimates commercial drones will be worth USD 82 billion by 2025.

New ways of incorporating drones into the workforce are popping up everywhere, such as for marketing, expedient delivery and information gathering. In heavy industries like steel manufacturing, drones are playing an increasingly important role in workplace safety. When paired with AI, drones have even more possibilities for minimizing workplace hazards.

An accident in a heavy industry worksite can be disastrous for workers, the company as well as the environment. That’s why it’s important for factories to be able to monitor and prevent potential dangers before they happen, and it’s one of the most widely applied areas for drones. 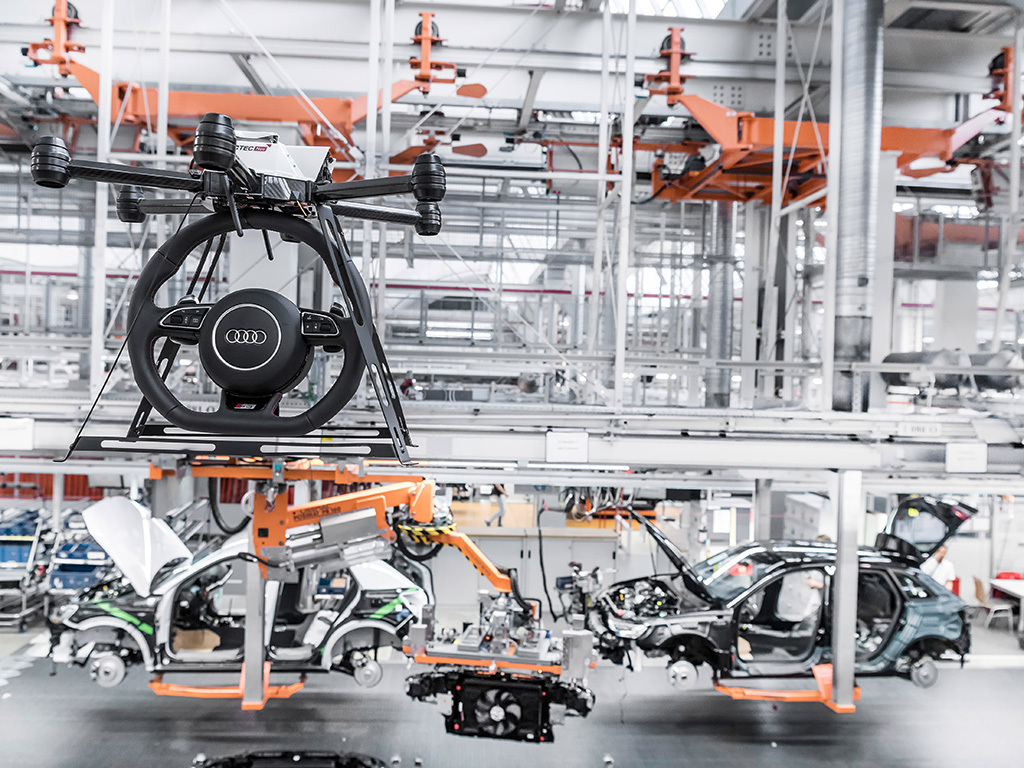 For example, steelmaker POSCO is incorporating drones into its smart factory to monitor gas leaks that are hard to detect. Workers also wear smart sensors that alert them of potential danger, and let others know their location in the factory.

Besides monitoring the workplace, drones can be of practical use and take on dangerous and costly tasks formerly done by people. This includes accessing dangerous places. For example, drones can take aerial job site survey photos, eliminating the need for a pilot, helicopter and other employees. Construction companies are using drone mapping to create 3D models of their projects, saving time and resources along the way.

Drones can keep workers out of dangerous workplaces. (Source: Fortune)

Even with drones, not all accidents are preventable. Once an accident occurs it’s vital to have accurate data that tells exactly how the event played out. Drones are a useful forensic tool to recall events and diagnose the situation. With this information, companies can not only fix equipment and operational failures, they can use the data for legal matters regarding insurance claims, court fees and compensation litigation.

Workers can use drones to access stored information. (Source: The Economist)

Due to the increasing adoption of drones in the workplace and the vital role they play in worker safety, the commercial drone market is looking to expand. With increased investment, drones are being upgraded from its structure to the software that goes in them.

What Drones are Made of

Drones are largely composed of a frame, motor, camera, propeller, sensor, controller and battery. The frame serves as the base of the drone to which various parts mounted. Therefore, the frame of the drone has to be light yet durable, in order to maintain its structural integrity and minimize battery consumption.

Most drones are powered by an electric battery. On longer flights and in harsh weather conditions, the motor gets overworked, putting a toll on the battery. Engineers are constantly working to improve the capacity of the battery, which usually results in a bigger, heavier battery pack. 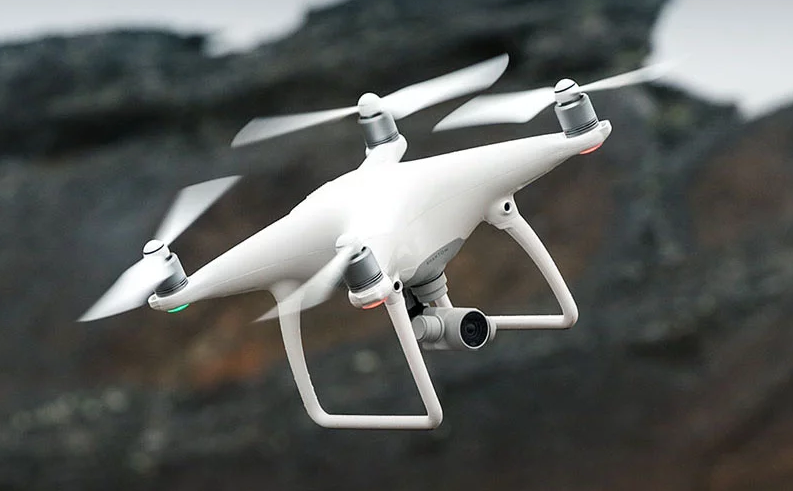 The DJI Phantom 4 is an example of a drone with a magnesium body for weight reduction and added strength. (Source: Petapixel)

In order to make up for the added weight and volume, manufacturers are turning to light and strong materials such as magnesium, the lightest commercial metal available. Magnesium alloys are lighter than aluminum alloys and are widely used in smartphones, tablet PCs and automotive and aircraft parts. Magnesium alloys have high thermal conductivity and excellent heat dissipation. It also has high strength and durability against impact. Moreover, it is corrosion-resistant and cost-effective, making it an ideal material for drones.

The market for drones will be an exciting one to watch going into 2018 due to friendlier regulations, significant investments and drones’ unlimited potential for application. It will result in more industries actively incorporating drones into their operations, and the world can expect the launch of more technologically and structurally innovative drones that will play an increasingly vital role in workplaces.