POSCO’s Vision:
How We’ve Worked to Achieve them, and How the World Judged It

POSCO’s goal isn’t limited to being the best in the world in steel industry, but it expands to bringing effective help and source to the global audience. Here we’d like to share with you some of our achievements.

POSCO was chosen as the top global firm for eight years in a row by SAM-Dow Jones Sustainability Indexes (SAM-DJSI). We consider our achievements as the prime motivation for our future further development as the “Global No.1” company. Also, POSCO was chosen as one of the top 30 “Most Admired Firms” in Korea by KMAC, a leading professional consulting firm that provides professional diagnosis evaluations and world class management consulting services. POSCO has received this honor for three years in a row now, ranking 2nd place each time. POSCO considers such awards and titles as our prides and gratitude towards our hard work of our employees located all around the world.

Furthermore, POSCO values environment in our means of production. So maybe you’ve heard of “Triton,” which is an artificial sea reef we’ve created to reserve marine life. To this our pure pursuit of green vision, POSCO was praised as “the best leading company that effectively exercise green growth and operation in Korea,” by Ashok Khosla, who is the president of IUCN. At the 2012 WCC (World Conservation Congress), President Khosla also commented on POSCO’s “Triton” project in preserving and reviving marine life, by saying that, “this project by POSCO is one of the most important environmental protection efforts of Korea.” We were happy that our work could be appreciated internationally by such a scholar and at such large forum.

In all our achievements, research and efforts, POSCO acted firmly upon our vision, pushing for the better and cutting-edge technologies, and also nurturing and training our employees to exercise their potentials to the fullest. Well, maybe this kind of belief paid its price. POSCO received, “Asian MAKE” (Most Admired Knowledge Enterprises) award, at the 13th World Knowledge Forum in Seoul 2012. POSCO has been awarded several times as five years in a row today.

Until now you were introduced to a brief summary of POSCO’s achievements as a global leading firm. Well, now you’ve seen our abilities and awards, so we assume that you’d obviously be interested in how POSCO was able to pull these off, as to make ourselves as one of the top leading and both sustainable firm in the world.

Exactly how we try to pursue our agenda on the above three factors, is that first, POSCO is committed to enhancing value by promoting harmony between man and nature. Therefore, it is crucial that POSCO maintains an environmental management system (EMS) that incorporates our environmental visions, policy, organizations and accounting system. Our green goals include concerns for climate change, to increase utilization of greener by products, and strengthening environmental management of human and ecological center. 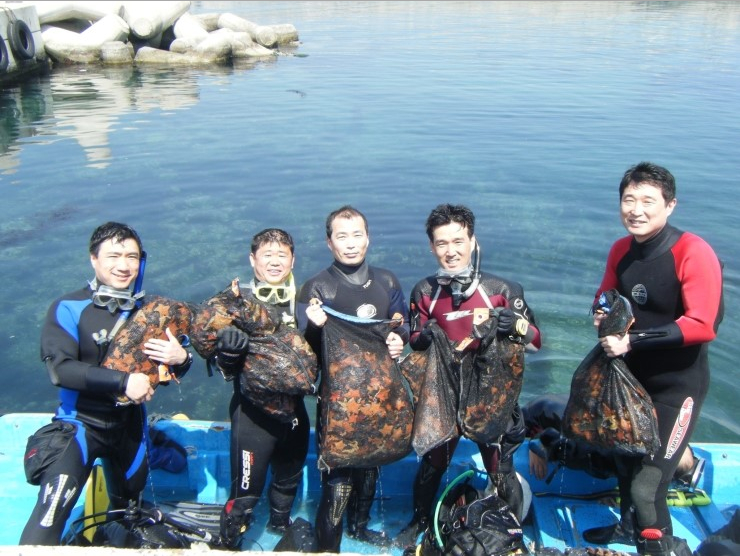 The second main factor of contribution is POSCO’s efforts on social contribution include Human Resource Development, which promotes academic and future investment of young generations. For example, POSCO Educational Foundation was established in 1995 for regional talent nurturing and education of employees’ children. Furthermore, did you know that the internationally famous POSTECH University is Korea’s first research-oriented institution that was found in 1986 by POSCO? Today, we are glad to know that POSTECH has become the mecca of vaccine developments and many other leading researches in the world and POSCO wishes to further our strong belief in the importance and value of education and nurturing of younger generations. 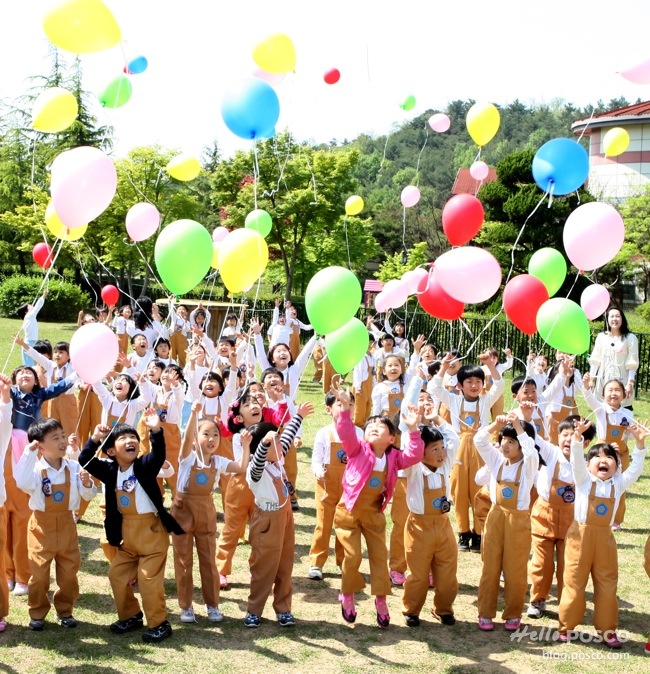 Today you have seen and perhaps experienced as well, the “Global POSCO,” that is not only limited to the Korean base. POSCO’s status today in the international steel community is indeed very high and our accomplishments exercise a successful influence. Until then or for the future, we hope that you can expect an even greater and improved POSCO as an international leading company in all our aspects.