When February 14 strikes each year, Cupid is on the minds of people the world over. Famous for bringing people together, Cupid is often depicted in contemporary popular culture shooting his bow to inspire romantic love and is considered an icon of Valentine’s Day. But while his gold arrow is known to arouse love, his steel or iron arrows cause heartbreak. As such, the story of the rather mischievous Cupid is not always one of romance. 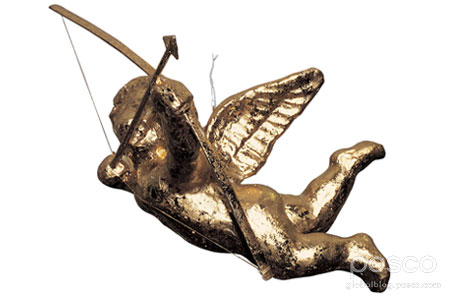 The mention of Cupid typically evokes images of an angel-like infant wielding a bow and arrow, but this wasn’t always the case. Long before the Romans adopted and renamed him, Cupid was known to the Greeks as Eros, the god of love.

Eros struck at the hearts of gods and mortals and played with their emotions. Eros would make as much mischief as he possibly could by wounding the hearts of all. Depending on his mood, he would use the gold arrow to make someone fall in love, or his iron arrow to make people fall out of love and suffer the misery of heartbreak. In ancient Greece, he was considered to be the young son of Aphrodite, the goddess of love and beauty.

The Romans borrowed Eros from the Greeks and named him Cupid, which comes from the Latin word cupido, meaning desire. The Romans believed that Cupid was the son of Venus.

In both mythologies, the story follows a similar path, but there are slight differences. With the Romans, he gained a chubby, childlike appearance, while the Greeks had earlier portrayed him as irresistibly handsome and youthful.

His appearance has changed over the years, but his bow and arrow have remained the same, signaling that this is what creates his character and where his strength lies.

The Power of a Steel Arrow 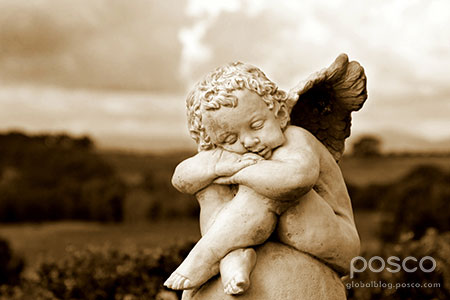 Cupid’s ability to compel love and hate plays an instigating role in several myths and scenarios. Yet, in each story, Cupid’s control lies in his arrows. With these small but powerful instruments, he can decide who to target and how to make them feel. With the ability to control emotions also comes the capacity to control the mind, and as such, Cupid can ultimately rule all. This was demonstrated in his battle with the Greek god Apollo.

Greek legend says that the god Apollo saw Cupid—or Eros as the Greeks called him—playing with his gold and iron arrows. Apollo broke into a fit of laughter and said that Eros looked like a weak young boy pretending to be a warrior. In a fit of anger, Eros hit Apollo with a golden arrow, sending him into a state of love. With this arrow Apollo was doomed to fall in love with the first woman he saw. A young woman named Daphne walked by and gained Apollo’s undying love. To show how powerful he could be, Eros pierced Daphne with an iron arrow to make her detest Apollo.

Apollo was besotted with Daphne and drove her crazy trying to win her affection. To escape his unwanted attention and desire, Daphne turned herself into a tree. Apollo was still in love with her and claimed that the tree was sacred. This tale shows that Eros, or Cupid as he is more fondly known, won this fight hands down and, as you can imagine, probably enjoyed watching Apollo act like a lovesick puppy.

In Roman mythology, Cupid’s arrows were considered even more influential. The steel arrow that Cupid possessed produced a love wound incapable of healing. Once pierced with this instrument, the pain of heartbreak and longing also pierced the heart—an agony that was said to last forever. This is the power of steel.

From Myth to Reality

In different legends we hear of Cupid employing either a steel or iron arrow, and although there a 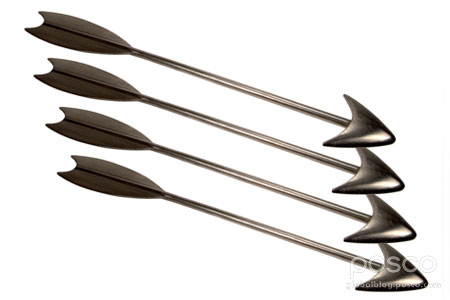 re no records referring to how Cupid made these tools, it can be assumed that the arrows would have been made with ferrous steel. (That is, if Cupid were real.)

Ferrous comes from, or contains iron, which is mined from the earth and is unrefined in its raw form. Steel is the most refined metal that can be made from iron. Most of the impurities are removed from the iron, resulting in a much stronger metal.