Previously at POSCO Newsroom, the ‘Blast Furnace Anatomy #1 – To the Heart of Steelworks Operation’ introduced the intricacy of blast furnace technologies. This time, let’s explore how these technologies are evolving in tandem with the new trends the Fourth Revolution presents. Meet POSCO’s smart ‘thinking’ blast furnace. POSCO Newsroom reports.

POSCO embarked on the journey of smart technology back in 2016, the year when a super AI AlphaGo beat Se-Dol Lee, human champion of the game Go.

As disheartening as it was, Lee’s defeat became an awakening moment for Korea and an opportunity for POSCO to start digging deep on the relatively new concept, artificial intelligence. From that moment on, POSCO accelerated its research into AI and deep learning collaborating with top university researchers across the country to develop smart blast furnace. 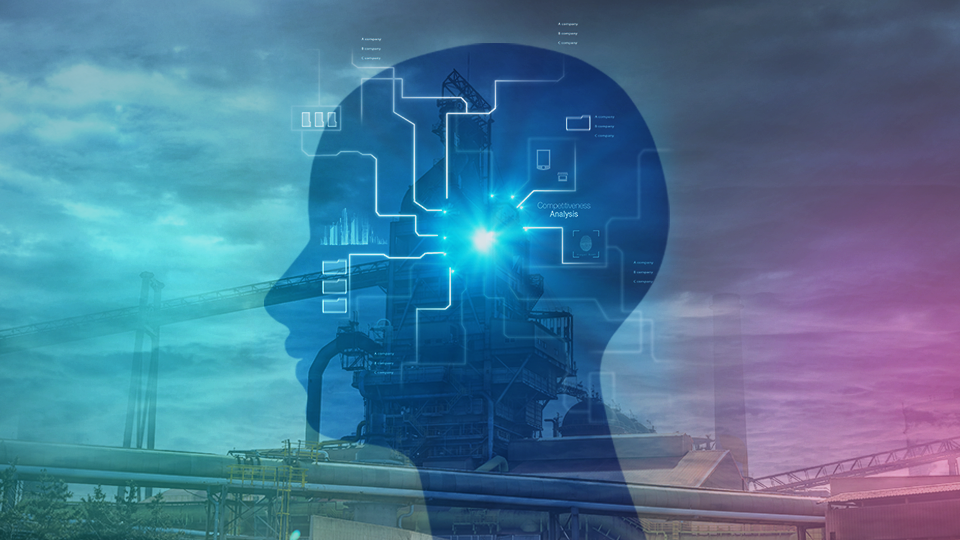 Let’s say there are thousands of random pictures – pictures of cats and dogs. A computer reads, analyzes, and categorizes the data from each picture, so the next time it ‘sees’ similar photos, it will recognize, determine and predict the correct pattern, thus identifying the picture as either cat or dog. Lots of companies are already utilizing this technology to analyze massive volumes of audio-visual data.

l What Is a ‘Smart’ Blast Furnace?

A blast furnace is a gigantic structure of 110 meters in height, taller than an average 40-story building – it makes molten iron. Inside the blast furnace flows a mixture of solids and liquids whose temperature rises as high as 2300℃. Since blast furnaces operate 24/7 non-stop, it’s difficult to ‘look’ inside a furnace.

However, the No.2 blast furnace of Pohang Steelworks is changing the game of steelmaking business. The ‘smart’ Pohang No. 2 furnace utilizes deep learning with an automotive system that monitors and auto-controls the inside conditions of the furnace. 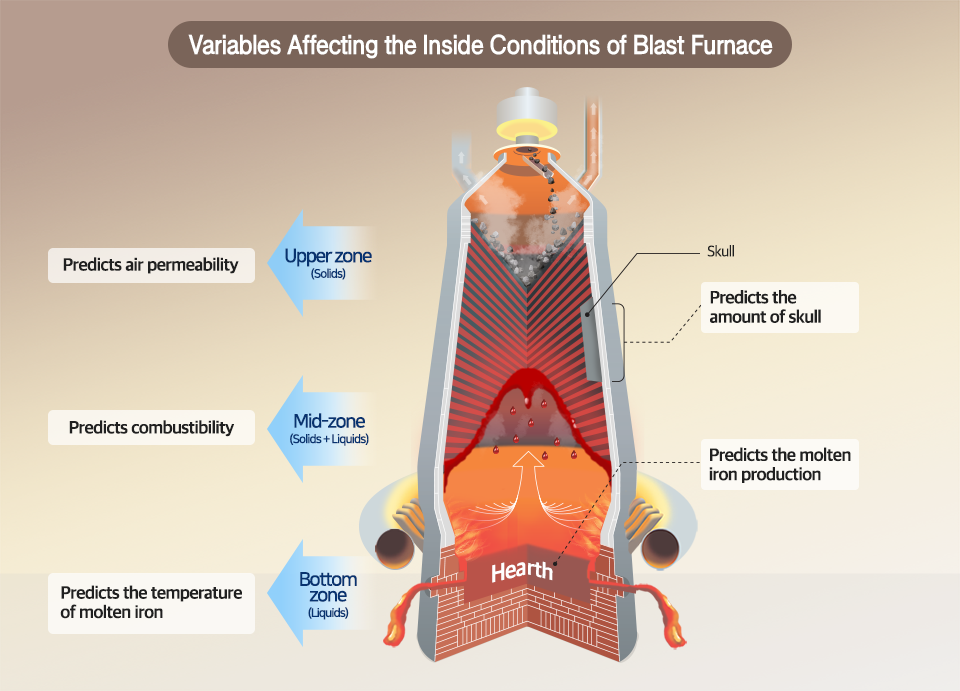 POSCO started by defining the five variables that affect the conditions of a furnace. Then, countless random data was digitized for standardization. All the major data which used to be controlled heuristically is now measured live and become digital data paving a new path so the furnace can start learning deeply. 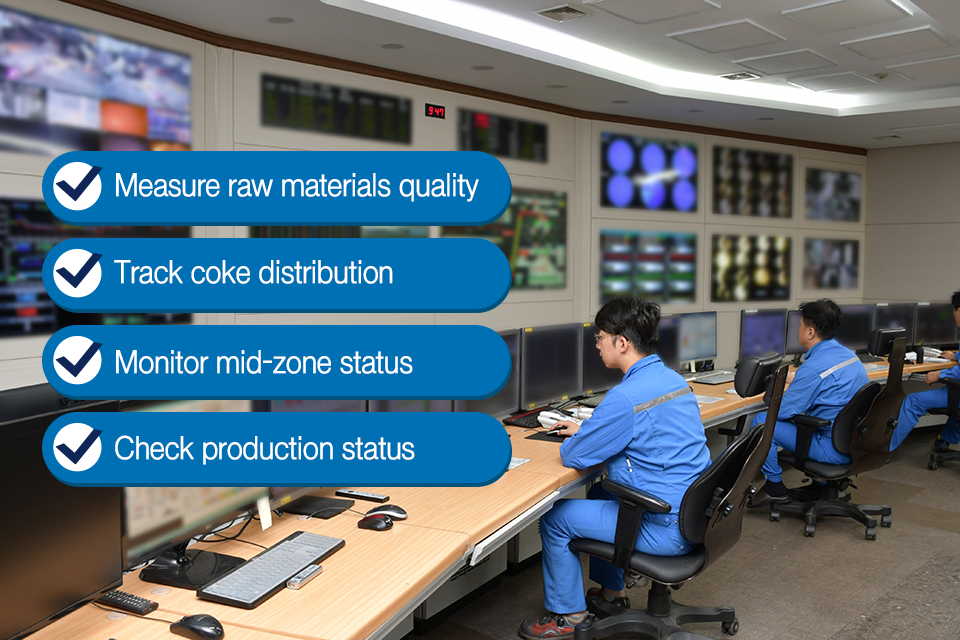 To put it simply, a smart blast 1) learns countless live-collected cases and data; 2) self-assesses the conditions of inputs (i.e. raw materials and fuels) and the furnace condition; 3) predicts the result of furnace operation; 4) automatically pre-controls the operating conditions; 5) yields the best combination result with minimum error.

Every day, the visual data generated from the smart blast furnace daily reach up to hundreds of gigabytes. The smart furnace learns this massive amount of data and is getting smarter every day. What are the potential implications of this vast learning?

Furthermore, highly consistent algorithm assesses the inside condition of the furnace utilizing the thousands of images collected from the cameras installed on the tuyere nozzles. Based on the assessment, the smart furnace auto-controls the charging actions of iron ores and coke.

What about the skull? It’s layers of adhesives that stick to the furnace wall. To a furnace, it’s a cancer-like lump. What the smart system does is to analyze the images collected through furnace thermometers, sketch the overall shape of the skull, subsequently auto-controlling the charging mode. 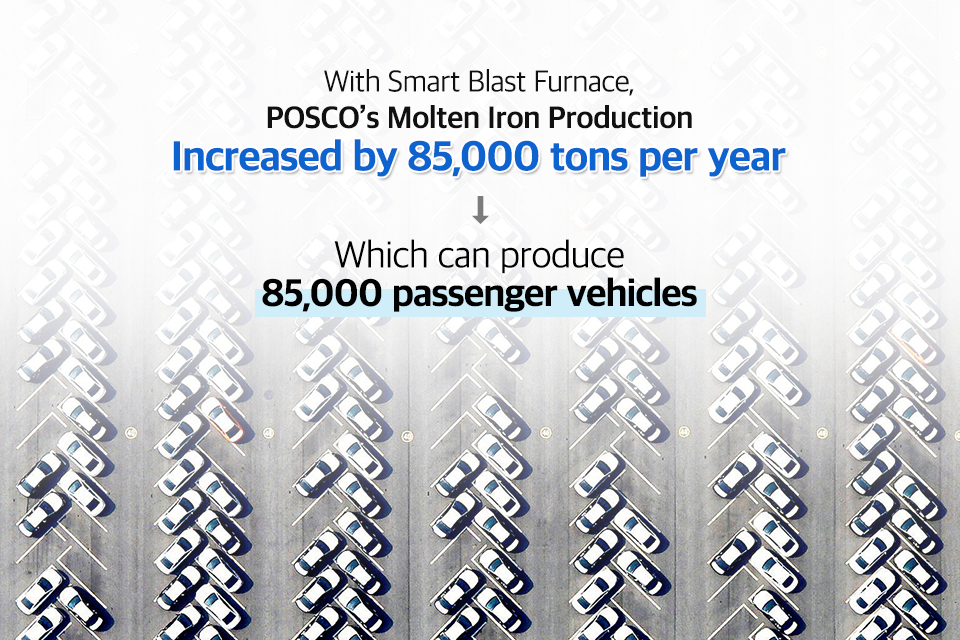 Currently, the Pohang No.2 blast furnace is the testing ground for this cutting-edge technology – the smart furnace boosted the daily production of molten iron by 240 tons. Annually this amounts to 85,000 tons with which automakers can produce 85,000 more cars. It is also a huge energy saver reducing the energy per ton of molten iron production.

One of the biggest achievements of the smart blast furnace is having stabilized the furnace management process through AI auto-control.

For the last three years, POSCO completed developing the auto-control system for each component of the blast furnace. Now the company is focusing on comprehensive integration. Going forward, POSCO plans to expand the applications to the Pohang No.3 and No.4 furnaces – they both have bigger internal capacity (5,600 ㎥) than the current No.2 furnace (2,550 ㎥).

POSCO took a giant step by adopting the world’s first thinking blast furnace. With time, more data will be collected, which will improve the quality and efficiency of molten iron production. In the era of the Fourth Revolution, POSCO will continue leading the way towards the smartization of steelworks across the globe.