Another Name We Must Remember: Handmaids of the Sacred Heart of Jesus

In the late 1960s, construction for Pohang Works began at the Yeongil Bay area, and many facilities in the area had to relocate. Among them were the convent, orphanage, and nursing home of the Handmaids of the Sacred Heart of Jesus, who had been serving the underprivileged in the community for decades. It wasn’t an easy decision for the convent who had transformed the barren wilderness of sand into a home for more than 700 people, including war orphans. However, the convent considered the modernization and development the steelworks could bring to the country and made a meaningful decision of offering the land — their home for 20 years. 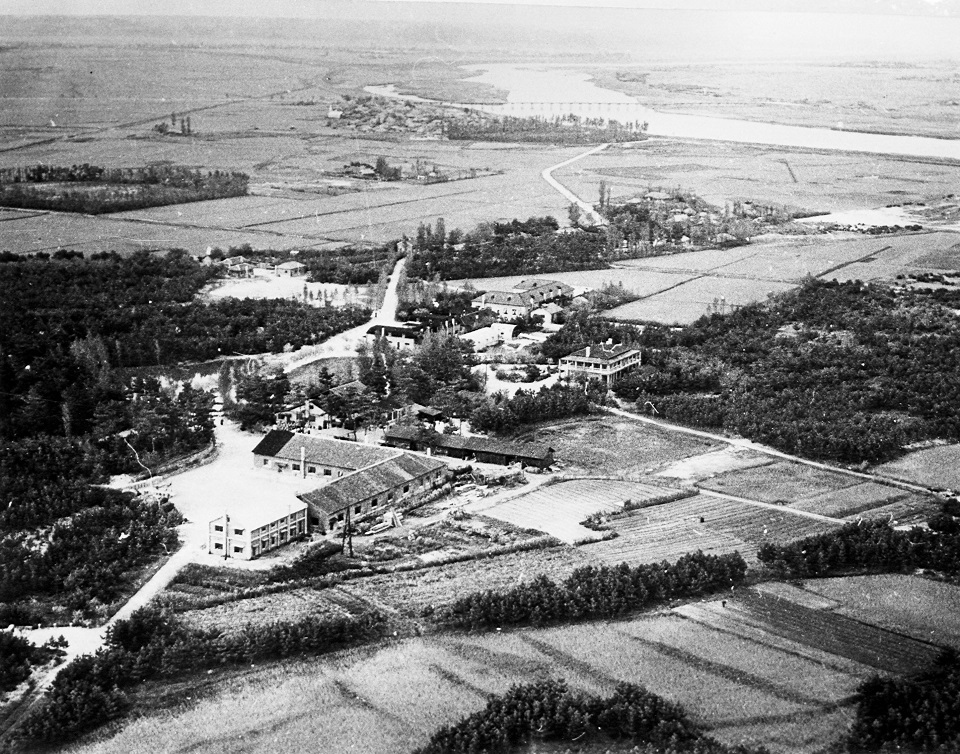 ▲ Songjeong-ri, Pohang, where the convent, orphanage, and nursing home of the Handmaids of the Sacred Heart of Jesus were located

▲ Local residents and members of the convent (left); Children playing at the playground that is being demolished (right)

As the convent decided to move out of the land voluntarily, the local residents in the area also participated. Their consideration made possible the construction of the steelworks in the area still bearing the scars of war.

With gratitude and respect for the Handmaids of the Sacred Heart of Jesus, Pohang Works installed a signboard on May 20 in front of the Blast Furnace no.3, where the convent was formerly located. The signboard was made with stainless steel sheets produced at Pohang Works and completed with PosART, POSCO’s own high-resolution inkjet printing technology.

On the day when the signboard was first unveiled to the world, about 70 officials, including Soo-Hi Nam, Head of Pohang Works, and Aloysia Kim, Head of the Handmaids of the Sacred Heart of Jesus, visited POSCO. The guests took a tour of Pohang Works and looked around the old site of the convent, which was situated here 43 years ago.

On June 9, 1973, golden molten iron poured out of the tap of Pohang No. 1 blast furnace – for the first time in Korea’s history. This day was designated as Korean National Steel Day to commemorate the historical moment. As POSCO celebrates Steel Day 2020, the company is as ever full of gratitude and respect for the Handmaids of the Sacred Heart of Jesus, who had sacrificed to make POSCO what it is today. POSCO will always remember this and continue to make the best iron in the world.

Father Louis Deslandes: The Founder of the Handmaids of the Sacred Heart of Jesus

One day in June, more than 100 years ago, a stranger crossed the rough waves of the Korea Strait and arrived at Busan Port. This stranger was Louis Deslandes, a French Catholic priest. To preach the gospel to the lowest of society, Father Deslandes left his hometown in 1923 and set foot on this strange land, Joseon, which was a colony at that time. 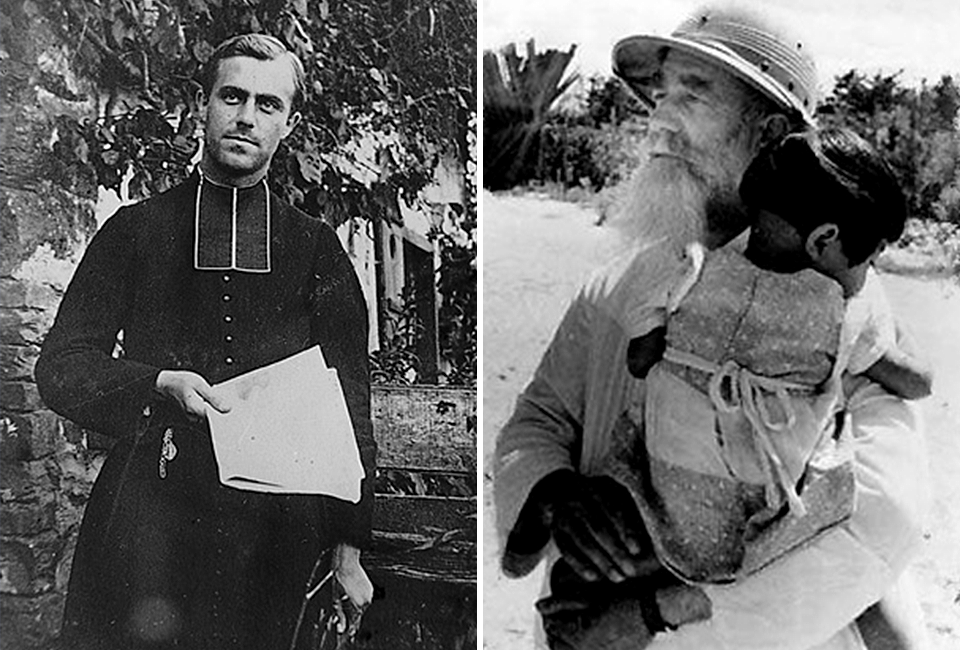 ▲ Father Louis Deslandes in his youth (left); and in his later years (right)

In the winter of 1935, Father Deslandes settled in a small village in Yeongcheon, Gyeongsangbuk-do Province, and gathered orphans and the sick elderly into a community called, “Sam-Duck-Dang,” which later became the Handmaids of the Sacred Heart of Jesus. Father Deslandes lived together with the sick and needy and cared for them.

A Home for the Outcasts of Society

During the Japanese colonial period, Father Deslandes could have led a comfortable and stable life being a foreign missionary, but he always chose to stay with the local people. He entrusted the church to the local people as well, always reminding them that ‘the owner of the church was not the priest but the Koreans, and the owner of the country was also Koreans.’ Father Deslandes never gave in to the oppression of the Japanese colonial government, even during his imprisonment (1941-1945). 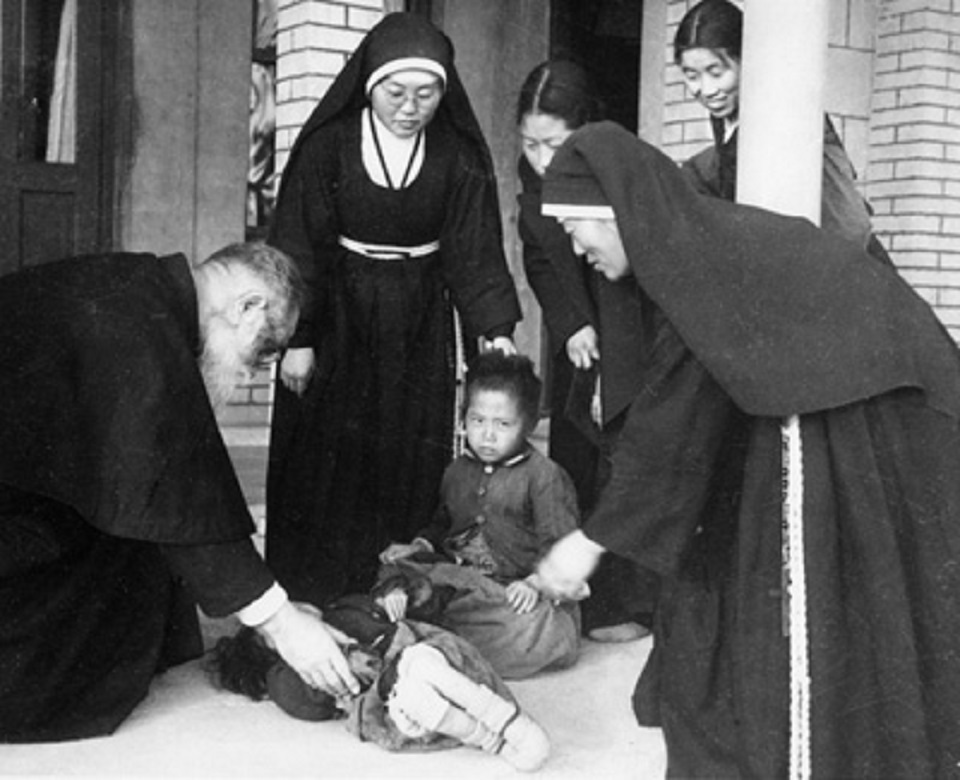 ▲ Orphans in front of the parsonage

▲ Father Louis Deslandes was a father to the children who lost their parents during the war.

Korea celebrated its independence in 1945, but another tragedy hit the nation just three months after moving the convent to Songjeong-ri, Pohang — the Korean War. The war left countless war orphans and severe poverty. Despite the ongoing hardships, Father Deslandes never gave up looking after people who needed help. He built an orphanage to look after the war orphans and a nursing home for the elderly who were abandoned. After seeing the harsh living conditions of leprosy patients, Father Deslandes wept with them and created a settlement for them. He also opened a soup kitchen and a clinic for those who had no home. The convent grew into the largest facility in the East before relocating. 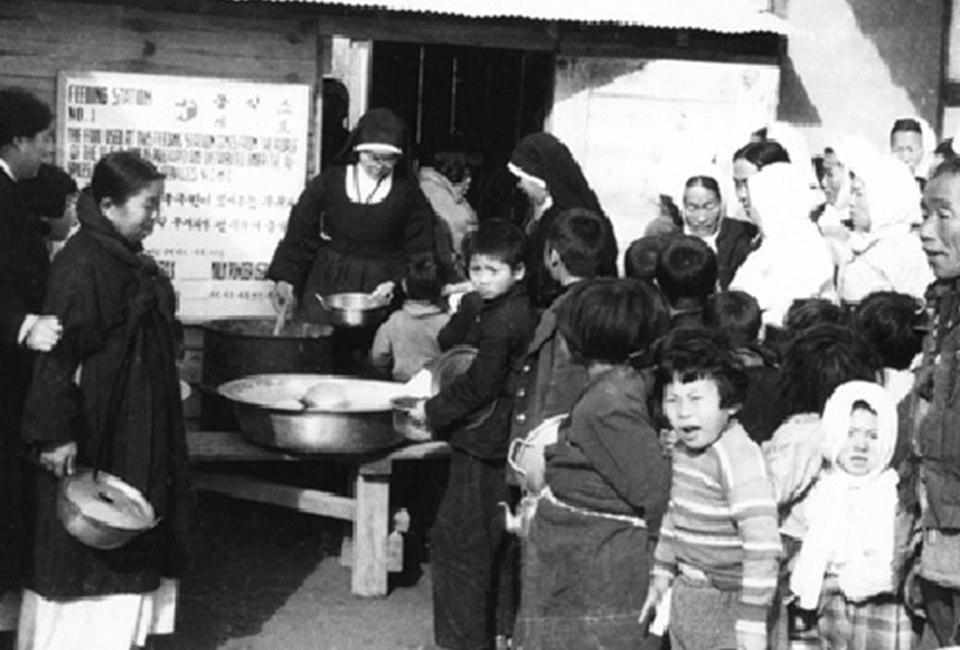 ▲ The convent opened a soup kitchen and a clinic for those suffering from sickness and poverty.

As an acknowledgment for his devotion, the Korean government awarded Father Louis Deslandes the Order of Cultural Merits in 1962, and the French government honored him with the Legion of Honour, the highest French order of merit for military and civil merits, in 1969.