POSCO-MKPC is located in Malaysia, a multicultural country with three major ethnic groups: Malays, Chinese and Indians. In Malaysia, you can hear lots of different languages, and the variety of food in Malaysia is what you hardly find on the other side of the world. Malaysian food is principally influenced by the country’s religions. Malay Muslims only eat halal food, and pork and alcohol are prohibited from the table where they take their meals. For the Hindi Indians, and also for certain Chinese religions, beef is not an option.

In addition to the three main ethnic groups in Malaysia, due to local manpower issues, POSCO-MKPC has hired foreigners from Bangladesh, Burma (Myanmar) and Nepal to work as machine operators on the factory floors. In other words, if we include Korean expatriates, there are seven different ethnic groups in total stationed at POSCO-MKPC. Organizing staff dinners (hue-sik, 회식) is always a challenging task. Therefore, we’ve decided to have fruits parties instead. 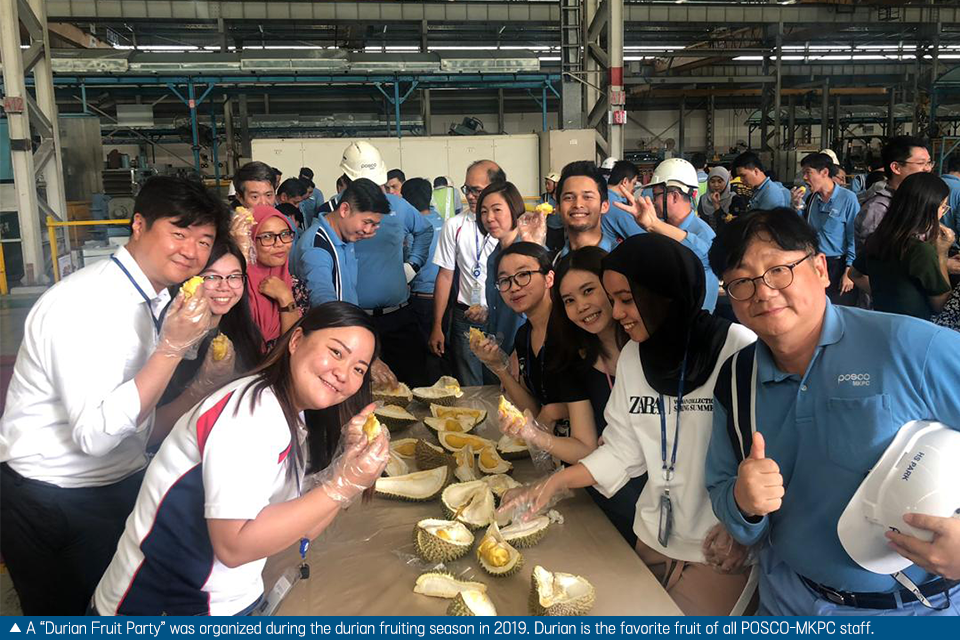 POSCO-MKPC celebrated its 10th anniversary in 2019. We have celebrated various festive seasons with the respective groups of staff members at different times throughout the year. These have included a Buka Puasa dinner with Malay Muslim staff in the month of Ramadan, a Deepavali dinner with Indian staff in October (or November) and a Chinese New Year reunion dinner with Chinese staff in February. Nonetheless, we decided to plan something special for our MKPC Day celebration in 2019 to show our togetherness and unity.

It was quite an inspiring assignment, but of course, there were complaints and obstacles while organizing it. Differences in opinions and ideas were expected when people from different backgrounds, mindsets and cultures gathered together. But, in the end, we were thankful that everyone agreed that this event should belong to our fellow foreign plant operators. Thus, the theme of the dinner was set as “Bollywood,” and in the end, everyone enjoyed it very much. 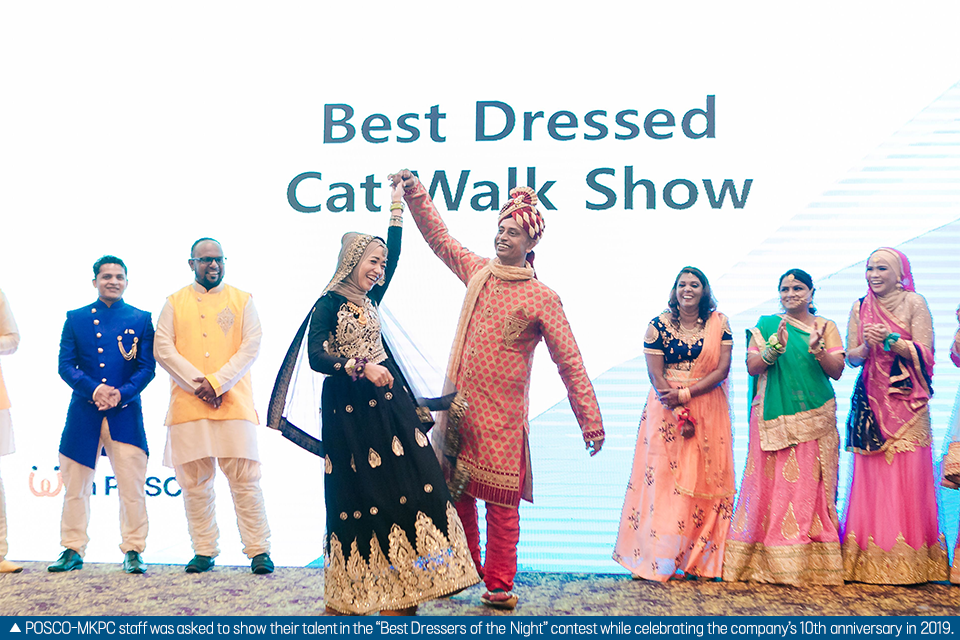 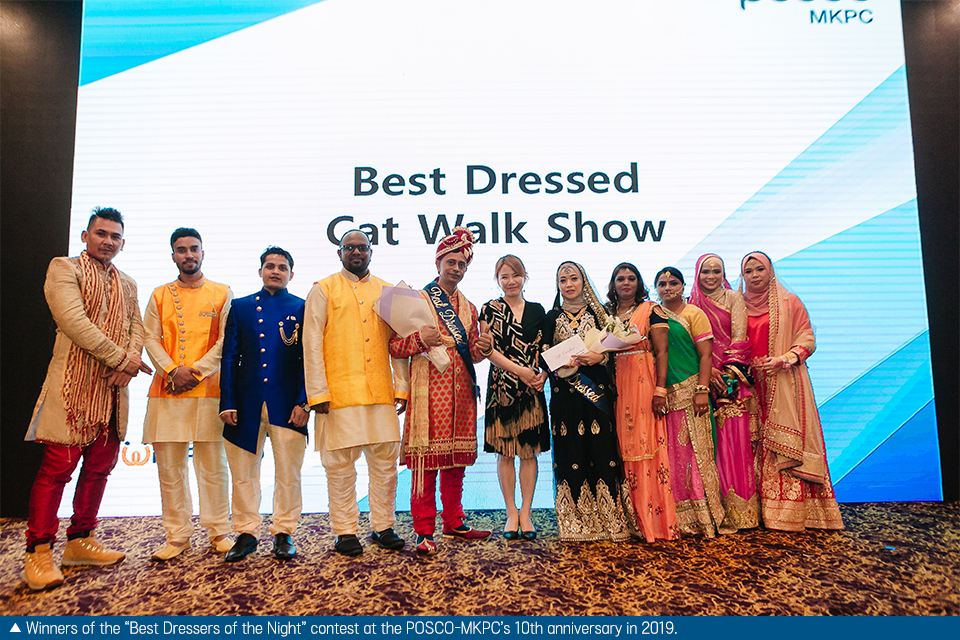 Besides hosting internal events, participating in benchmarking events with other coil centers in Southeast Asia has enhanced team synergy among POSCO-MKPC staff. POSCO-MKPC organized a benchmarking event in February 2017, in which Korean expatriates and staff from POSCO-IJPC, POSCO-TBPC, POSCO-PMPC, POSCO-IDPC, POSCO-VHPC and POSCO-VNPC participated. 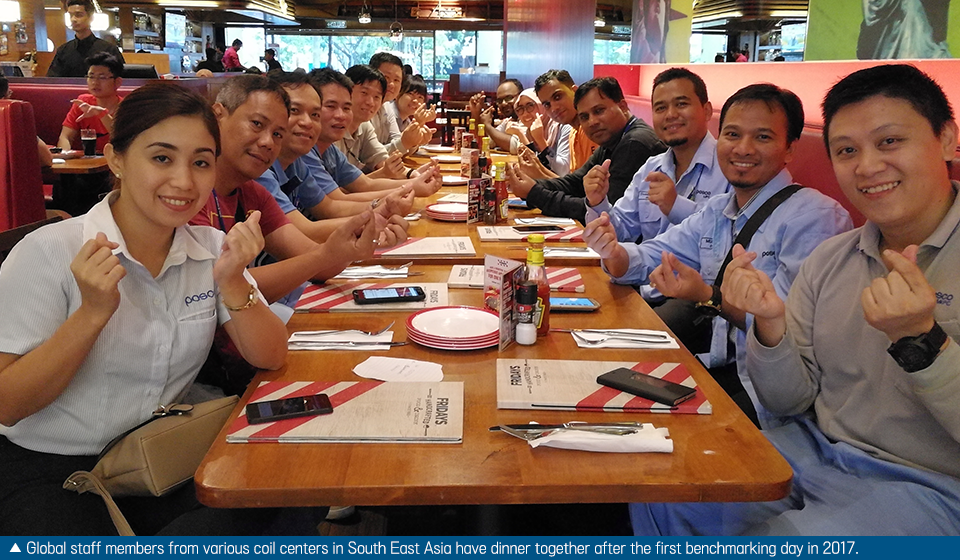 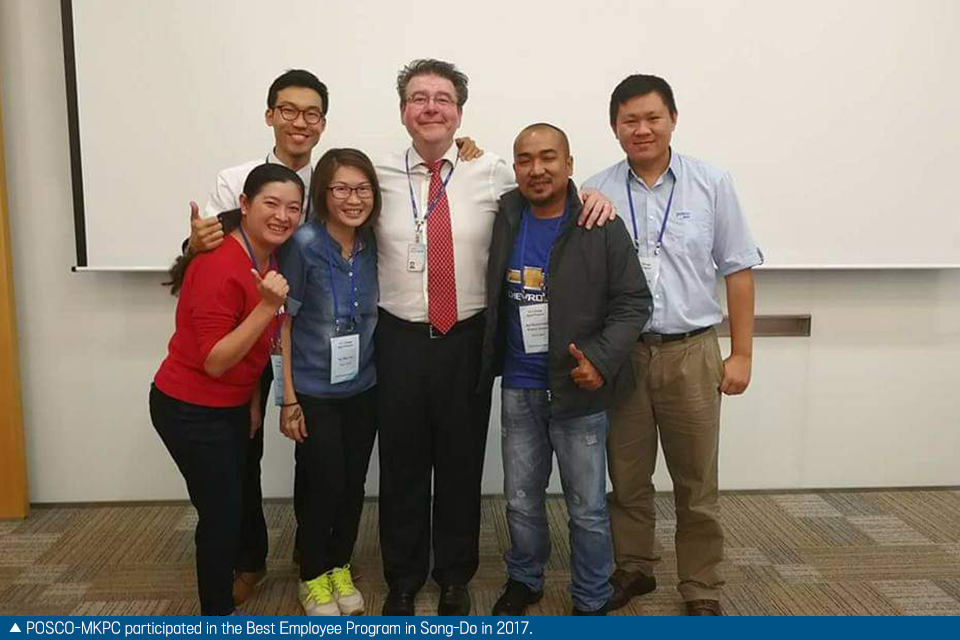 Sport is always the right answer when it comes to teambuilding. Although we speak different languages at home, we are moving towards the same target when we have the same goal. This makes things straightforward. Before the coronavirus grew into a pandemic, POSCO-MKPC used to organize three to four sports competitions every year, including badminton, futsal, bowling, etc. 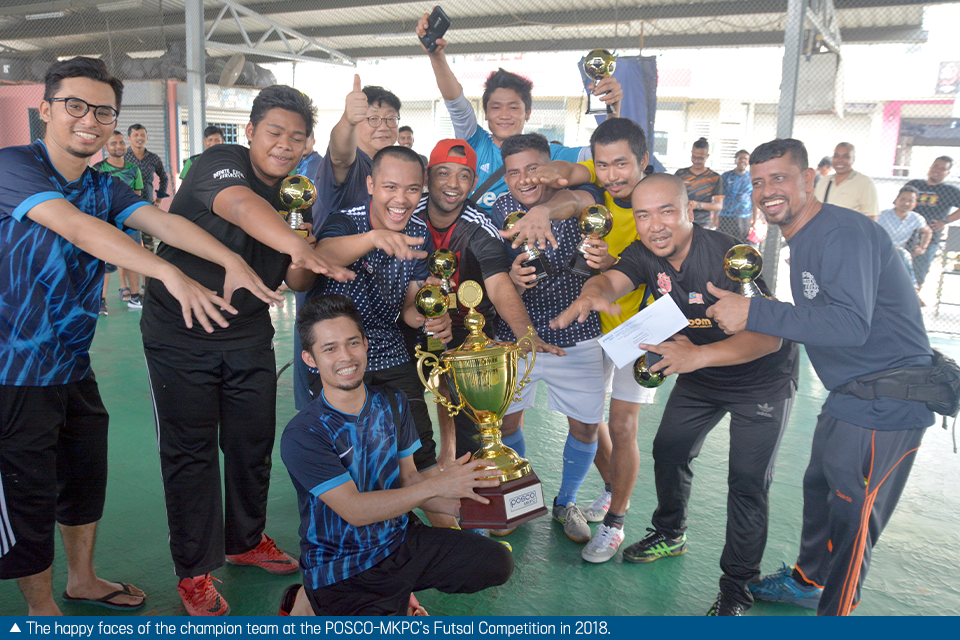 Though we face many challenges in terms of culture and languages, safety is still the top priority goal for POSCO-MKPC. Safety awareness is being improved, with straightforward labels and signage that is easy to understand everywhere on the plant floors. Safety training is the main platform for reminding the floor staff of the importance of safety and a bridge for the POSCO-MKPC management staff to encourage and reward local staff.

Without trust, respect and compassion from all working levels at POSCO-MKPC, it is very difficult to share the same vision, values and ultimate goals. POSCO-MKPC will continue its hard work in maintaining good team synergy in this unique multicultural workforce.