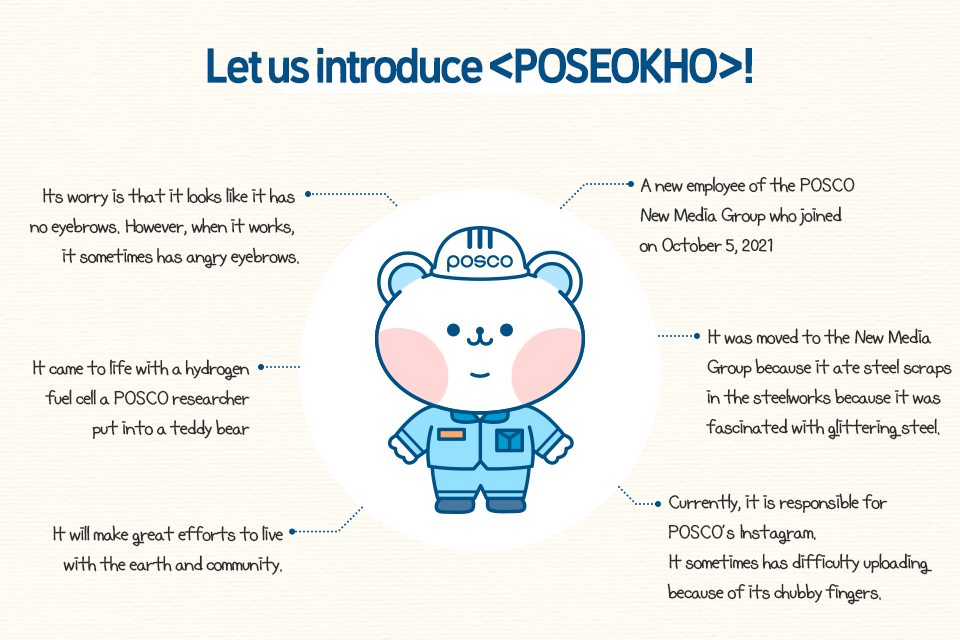 SEOKHO, Who are Your Parents?

POSEOKHO was created by students, not an employee of POSCO or an illustrator. It is amazing that the character was created by university students who had no point of contact with POSCO. The background is as follows. As part of a global advertisement talent cultivation project of the Ministry of Culture, Sports and Tourism, students in a program of the 2020 Korea Advertising Academy (hosted by the Korea Federation of Advertising Associations) suggested the character POSEOKHO as a new media improvement measure using POSCO as a case. Now that we know the background, we are curious about the students who came up with the character. Today, let’s meet these friends who made POSEOKHO and find out more about it! 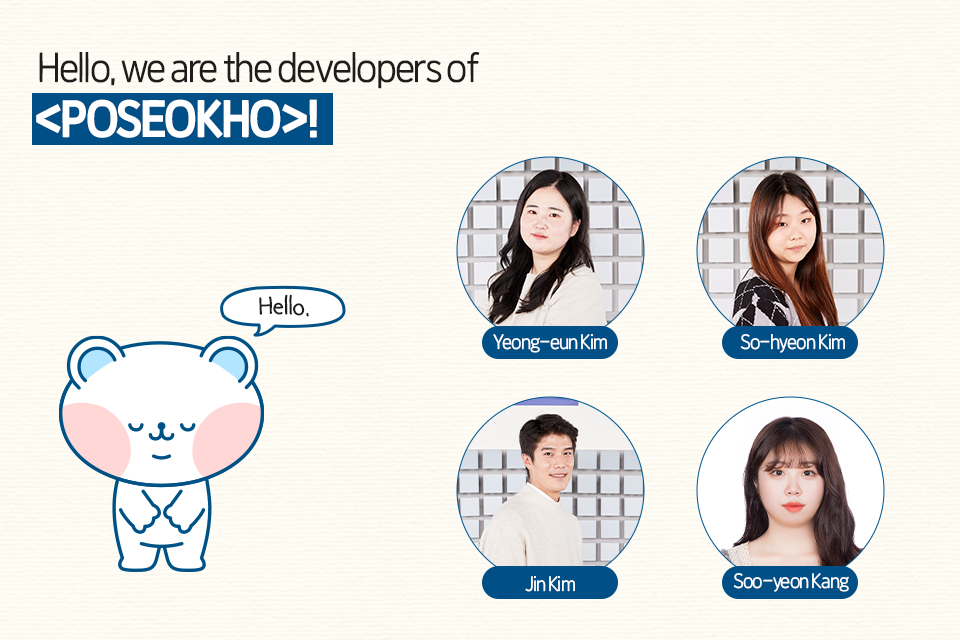 Moment of First Encounter with POSCO! 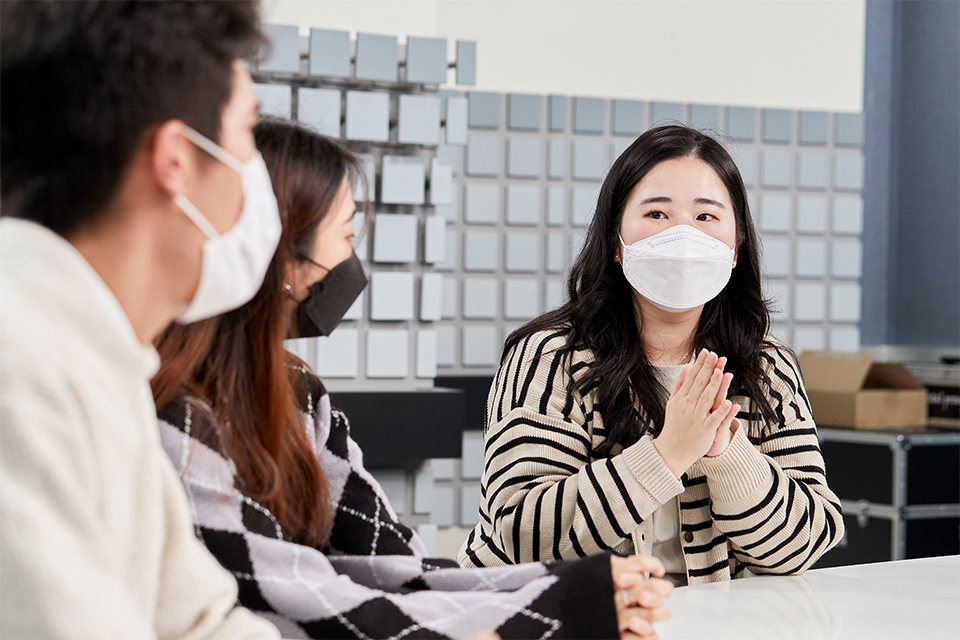 I first met POSCO as a client at the Korea Advertising Academy. I still remember the orientation. The people from POSCO wore suits like the office workers I had always imagined. And they gave us a task, which was one of POSCO’s concerns. The main content of the task was communication with the MZ generation. We started by asking ourselves a basic question: “How can POSCO communicate with the MZ generation?” After we thought a long time, we concluded that the agent who communicated with the MZ generation did not need to be a main.* So we decided to approach it with an alt.** We though that if we used an alternate character, interesting and friendly communication would be possible while maintaining the existing image. That is how the current POSEOKHO was born. We wanted to communicate with comments through POSEOKHO and to achieve two-way communication that easily discusses even strict issues.
*Main: An abbreviation of main character that means “real me.”
**Alt: Short for alternate character, or another character of me.

SEOKHO is a Teddy Bear, Right…? 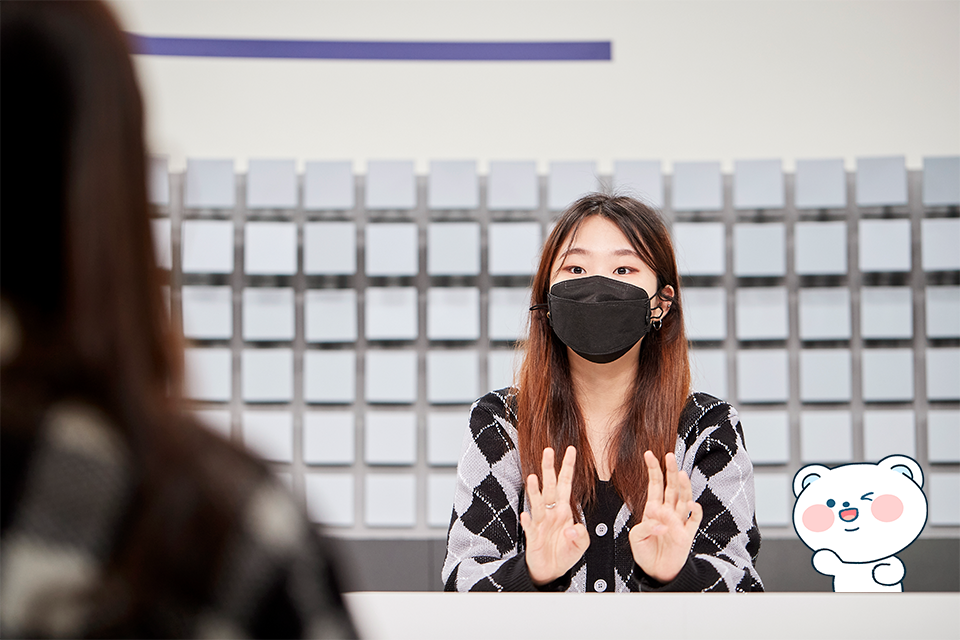 Yes, it’s a teddy bear. If I think of POSCO, a reliable image comes to mind. So I thought such an image matched a friendly teddy bear and designed a white bear that went well with blue, the main color of POSCO. When the POSCO character first came out, we were all excited because the character looked cuter than we expected.

Is the Last Name PO and First Name SEOKHO? 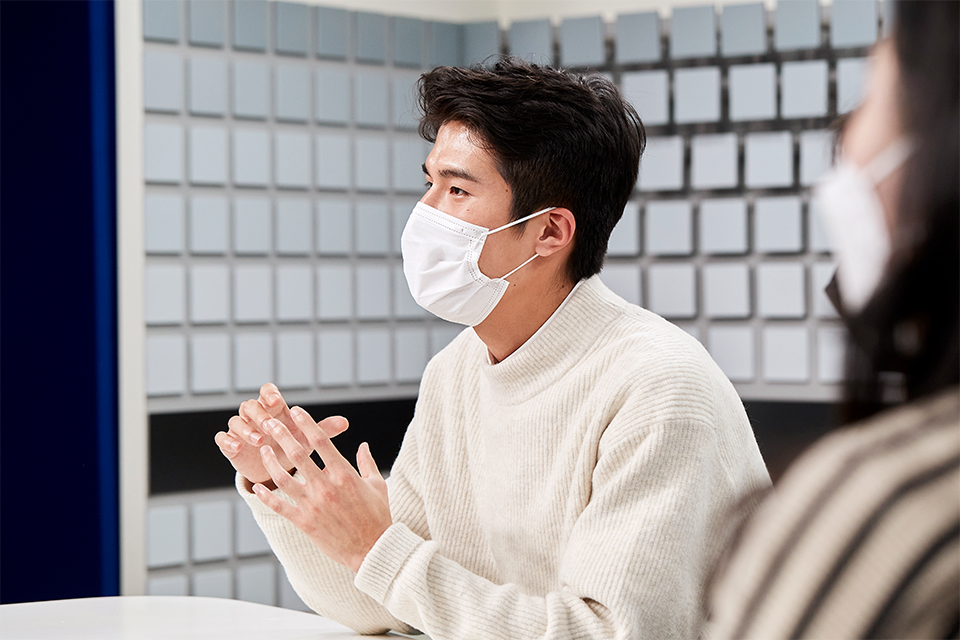 We used the initial sound first to name the character after it was made. While we were considering the letters P, S and H, POSEOKHO came up like wordplay, and we unanimously decided to use it. As we thought a human name would be friendlier, and the name Seokho naturally came out. Maybe some people wonder what gender POSEOKHO is. Its gender is neutral.

Into the Word View of SEOKHO 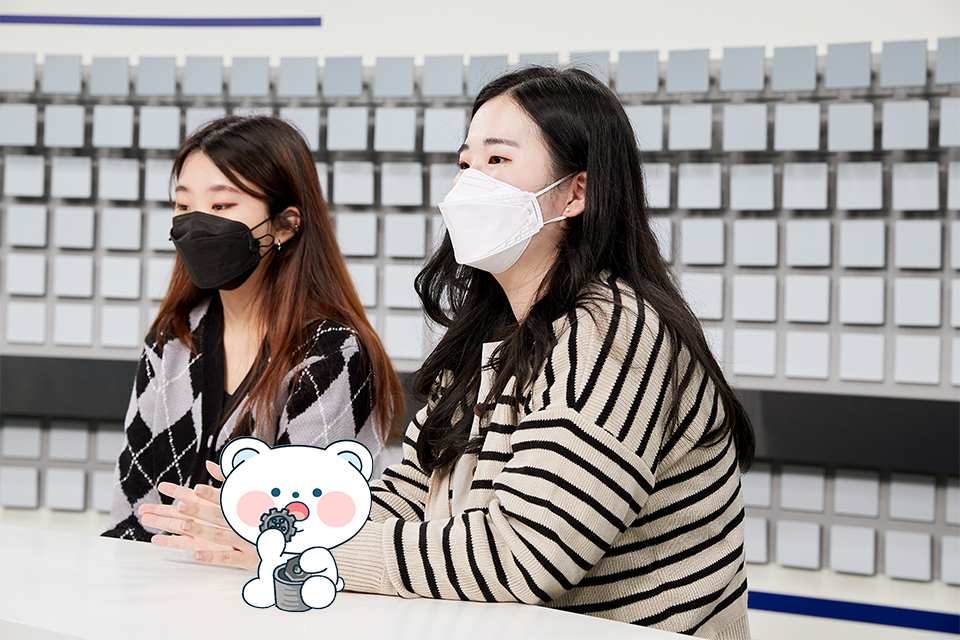 As it was told through SEOKHO’s picture diary, it was a teddy bear that was placed in a corner of a research room. But it was revitalized when a hydrogen fuel cell was put into its chest. It got its ego identity! So it made up its mind to do anything for POSCO, which gave it new life and the name POSEOKHO, and immediately became a POSCO buff.* It may have thanked POSCO for recognizing it. It was responsible for tours of at Pohang Works. But since it ate metal scraps every night and was caught one day, it was transferred to the Communication Room of the Seoul POSCO Center. However, by exerting its insider ability,** it was also active in the new place! That is the introduction of SEOKHO we created. And the published content was not very different from our story. POSCO seemed to have used our synopsis as a basis and changed the story a little.
*Buff: A person or group with enthusiasm and interest in certain fields.
**Inside ability: A combination of insider and ability that means an ability to mingle with people. 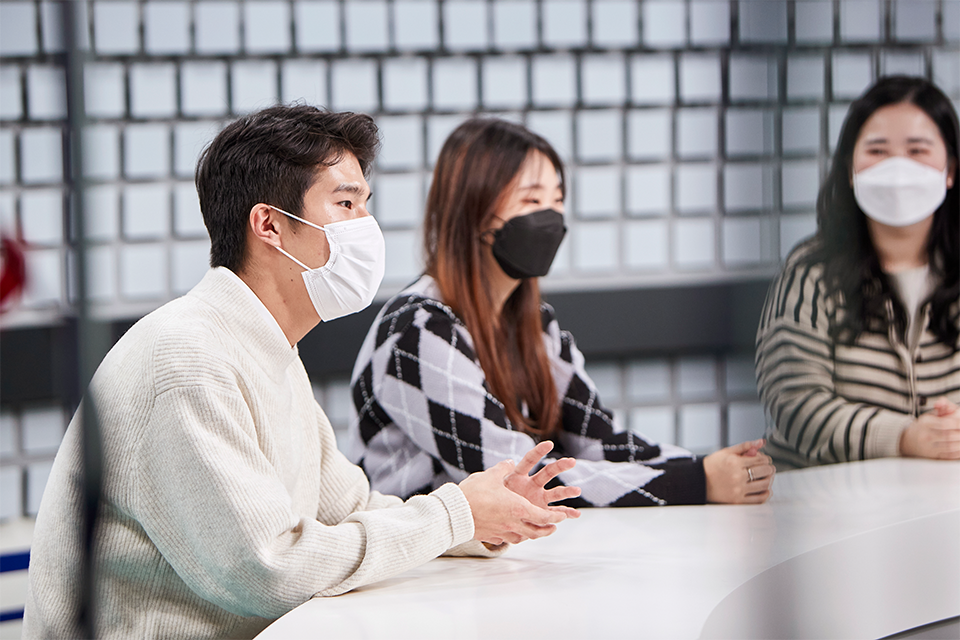 Actually, we also thought about what the MBTI type of SEOKHO should be. Since SEOKHO became a POSCO insider using its sociability and empathy ability, we unconditionally thought its MBTI type was E_F_. And since it consulted well with realistic advice and did its best all the time, we thought it was ESFJ. It is interesting to imagine what personality SEOKHO will have by the POSCO staff.

Blood, Sweat, and Tears in the POSEOKHO Development Process 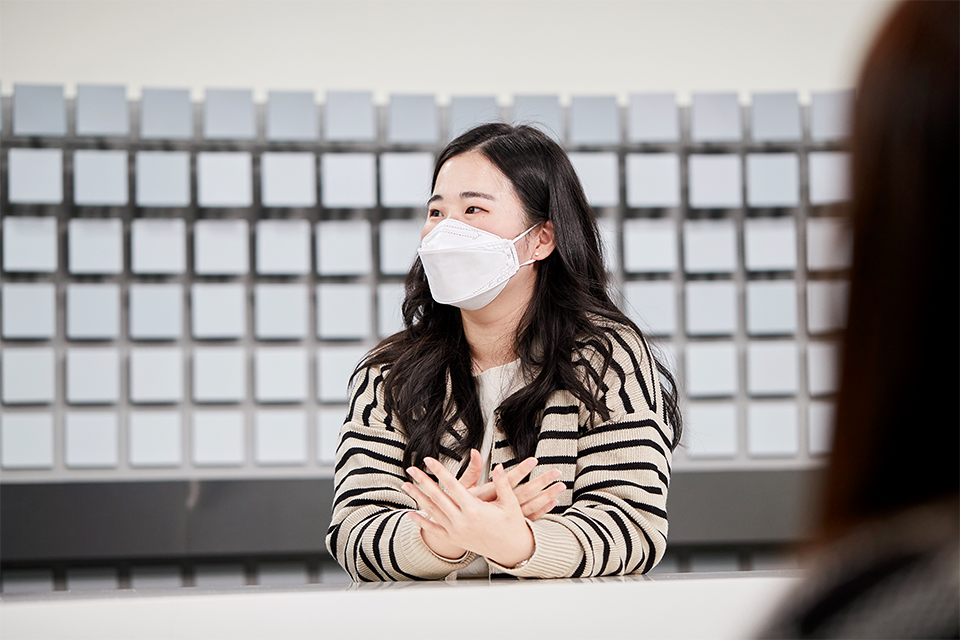 Since POSCO is a B2B company, we had no point of contact with it, and so we were concerned about how we could find a connection with us or the MZ generation. We were at a loss because we took it too seriously and so couldn’t find a solution. We were discouraged when our plan was evaluated to be like a marketing paper, since it contained too many thoughts. So we decided to trim it and concentrate only on SEOKHO itself. We connected the MZ generation with POSCO through the medium of SEOKHO. Since then, we thought we would do whatever we wanted to do, so work was more fun.

Hero of POSCO’s social media? It’s Me, It’s Me! 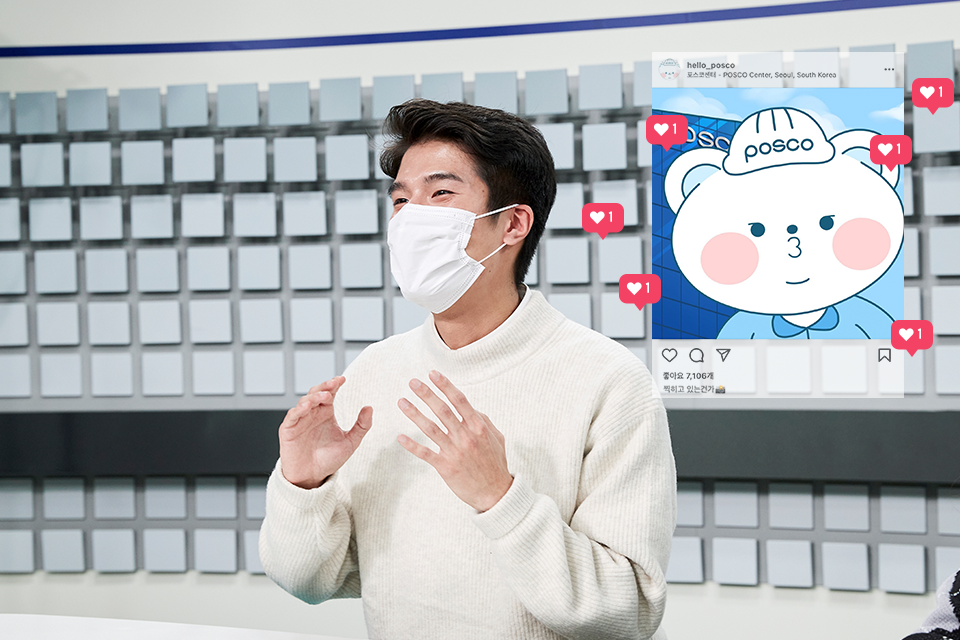 When POSEOKHO was unveiled on social media, its selfies were continuously uploaded, and we were all wondering if people would love SEOKHO. Now, so many people love SEOKHO and it is just amazing, and we are just glad. We always read the comments. When I saw many people communicating sincerely, I thought our planning was not an absurd thing.

Hero of POSCO’s social media? What is POSCO like for the MZ generation? 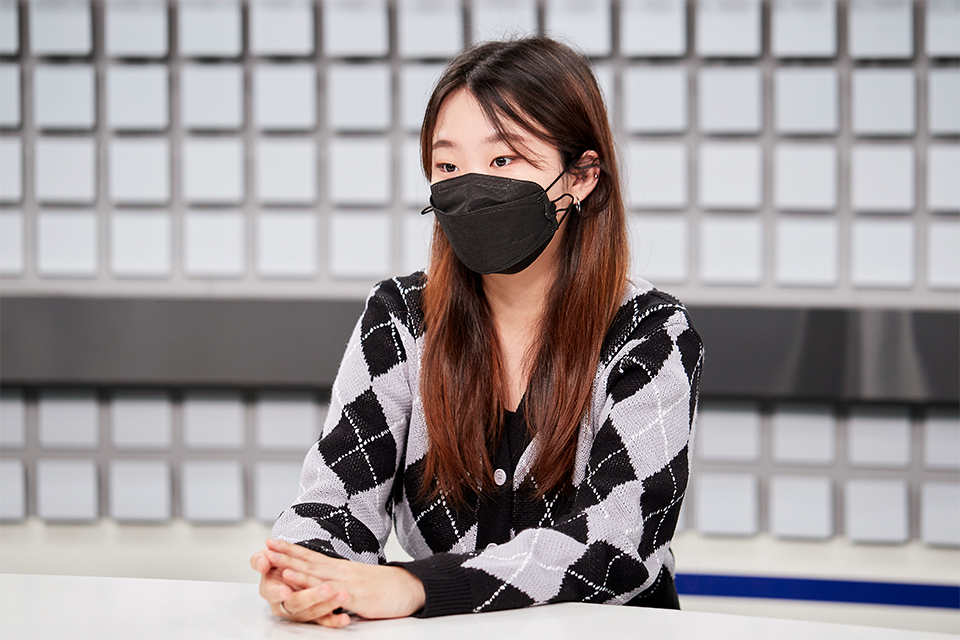 I thought POSCO was a company with heavy and strong images. I also felt a psychological distance because POSCO handled something we didn’t know well. But as I did this project, I realized that POSCO was making efforts to communicate with the MZ generation. POSCO was trying various contents through new media channels. So I now expect POSCO will change with POSEOKHO.

To Those Who Love POSEOKHO 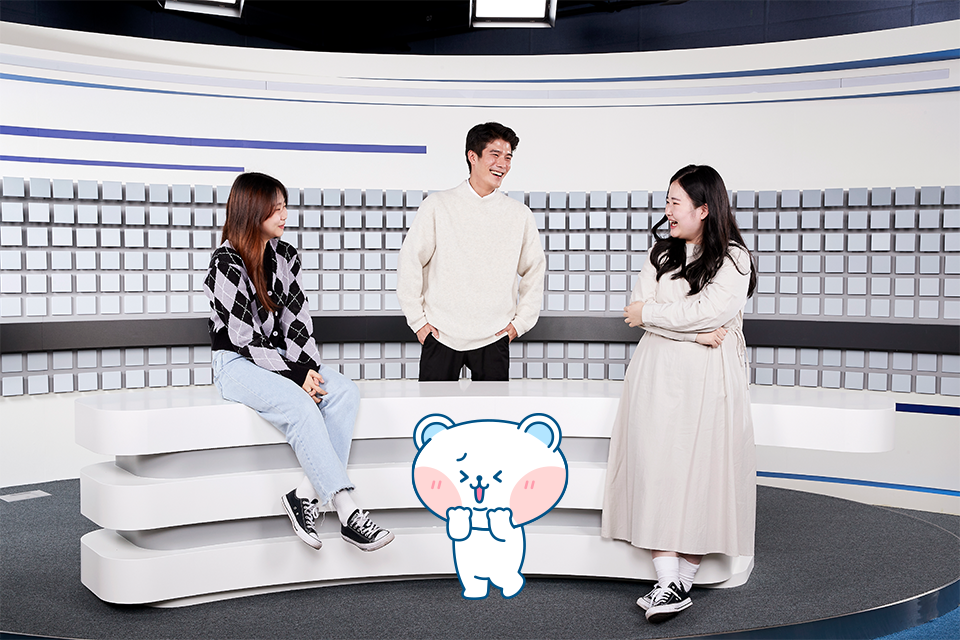 We are very happy that the outcome of the project for which we struggled for more than one month is great. SEOKHO may also be glad that many people have an interest in it. Please follow the variety of stories SEOKHO will make.

We met the students who made POSEOKHO and heard from them, and found out about what we had been curious about with POSEOKHO, who appeared in POSCO’s social media like a comet. The new employee POSEOKHO has a plan to promote as time goes by… Please watch the growth story of POSEOKHO that will unfold going forward. You can also find POSEOKHO, a cute white bear, in POSCO merchandise as well as social media.