Transitioning from a Nomadic to Stationary Life in Mongolia

Imagine for a second, nomads living in the beautiful Mongolian meadows. Although it may be a little cold and difficult to live, the constant change in scenery seems much more interesting than a stationary, ordinary life.

On the contrary…Mongolian residents nowadays say that there are too many difficulties in nomadic life so they actually want to settle down. However, many do not have any idea how to sustain such stationary life. 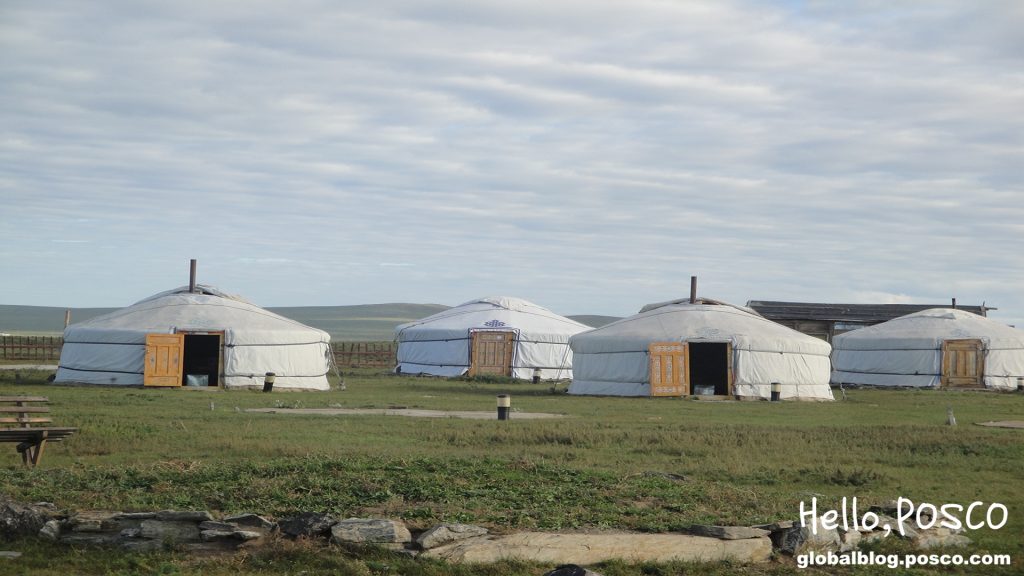 An inspirational story about a brave woman, Chewolma

Meet, Chewolma (age 38), she is one such individual who was torn between a nomadic lifestyle versus a stationary life in Mongolia. Responsible for two children and family by grazing cattle and yak, she fell into despair last 2010 as her entire flock died due to severe cold with temperatures dropping to negative 52 degrees. 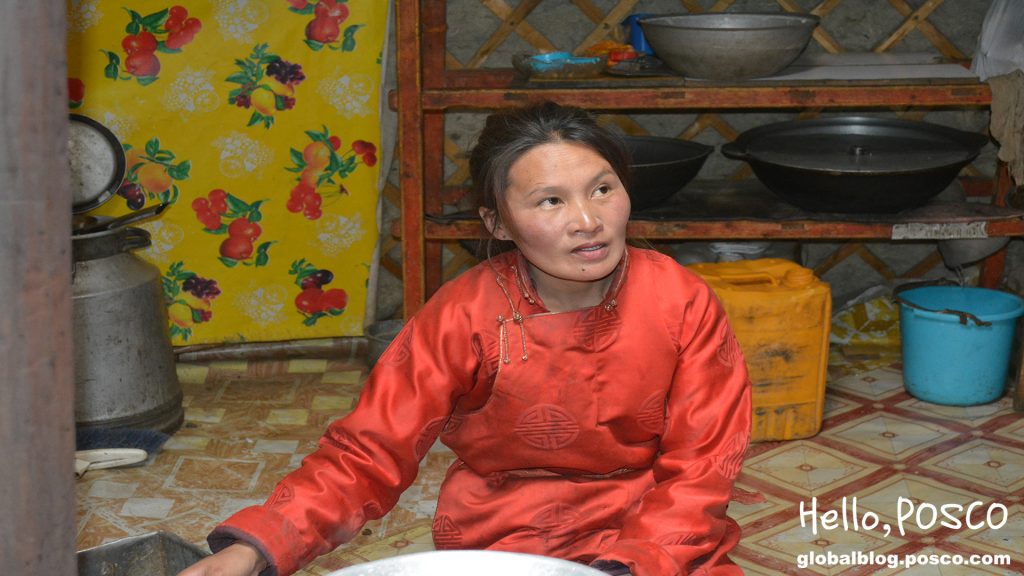 Pictured here: Chewolma who no longer wanted to live a nomadic life

Even though she appreciated the beautiful nature her entire life, the hardships that nature brought had negative impacts on her livelihood. Chewolma therefore decide she wanted a stationary life for better education opportunities for her children and the health of the family.  However she did not know how to sustain her livelihood and raise animals without moving around. 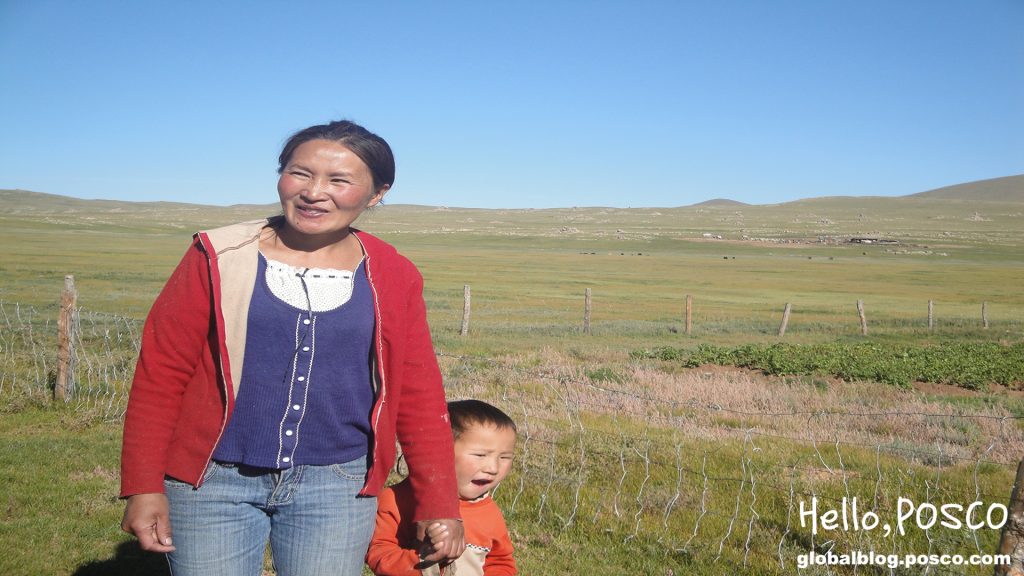 Then one day, she heard about POSCO’s Community Development Training Center (CDTC). She enrolled in courses and was the 11th student to complete the program. She was able to build upon her knowledge on breeding and grazing livestock by learning about settled farming, as well as, farm income and operating structure. 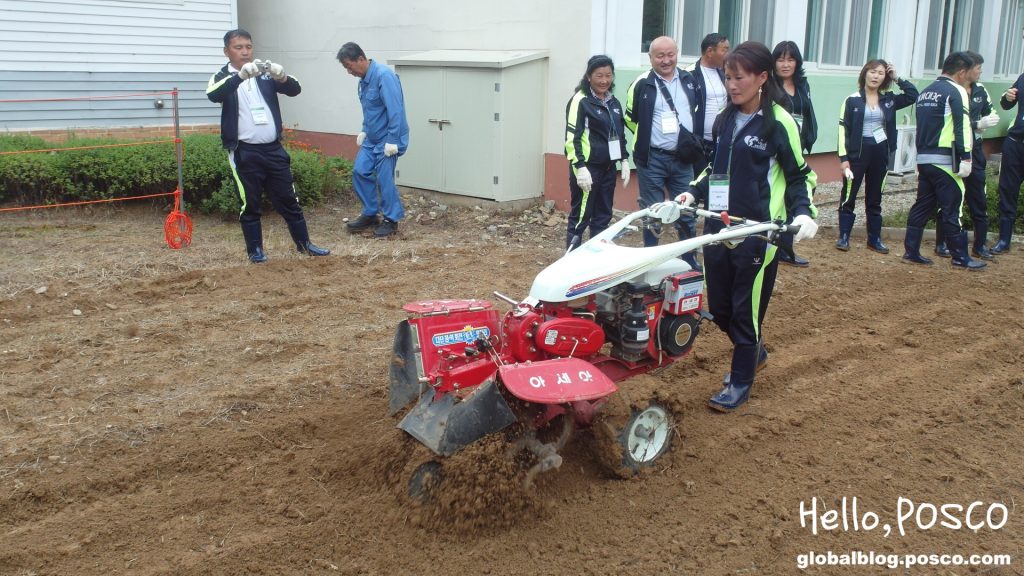 Until then, Chewolma never had the opportunity to meet and share information with people in the similar field. The whole experience was exciting just like a special school excursion. Once she completed the program, POSCO provided a small fund so that she could apply her new knowledge in real life. In 2012, Chewolma started a settled stockbreeding farm with two horses and cows. Even though it was a small start, she won an animal milking competition where her livestock produced 7 liters of milk more than the average 5 liters. You could see Chewolma’s dedication just by looking at her cows. 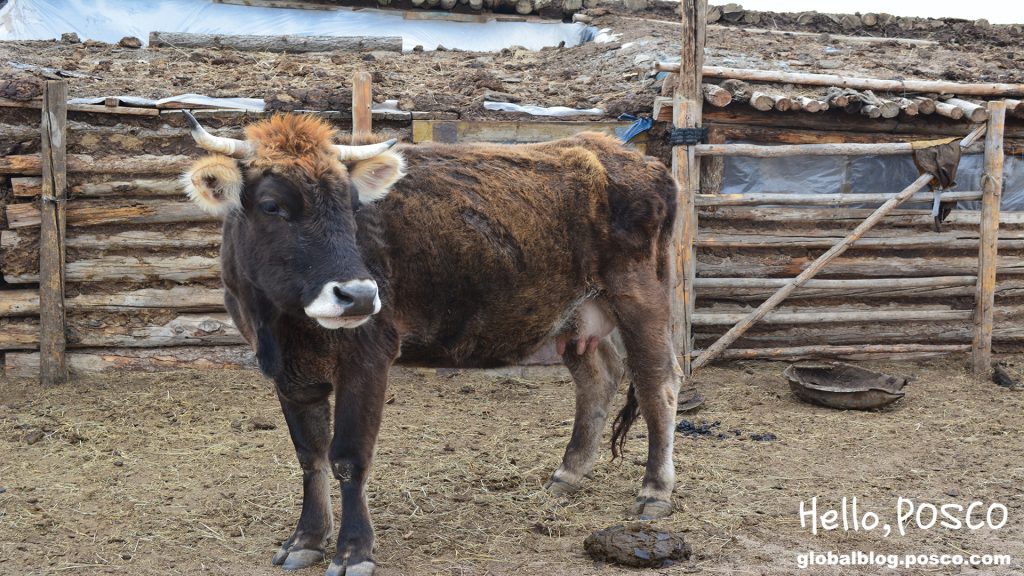 Pictured here: one of the cows that Chewolma takes care of

Rumor has it, Chewolma takes such good care of her livestock that other nearby residents secretly bring their own livestock to her place at nighttime.  Haha!

Chewolma’s farm now is full of 20 cows, sheep and goats. She no longer is forced to lead a nomadic life since she is an expert on preparing animal feed. In addition to making an income, she has proactively promoted a cause, “green environment for our children’s future”. Her activeness has engaged other nearby farms and government officials to help support her cause. 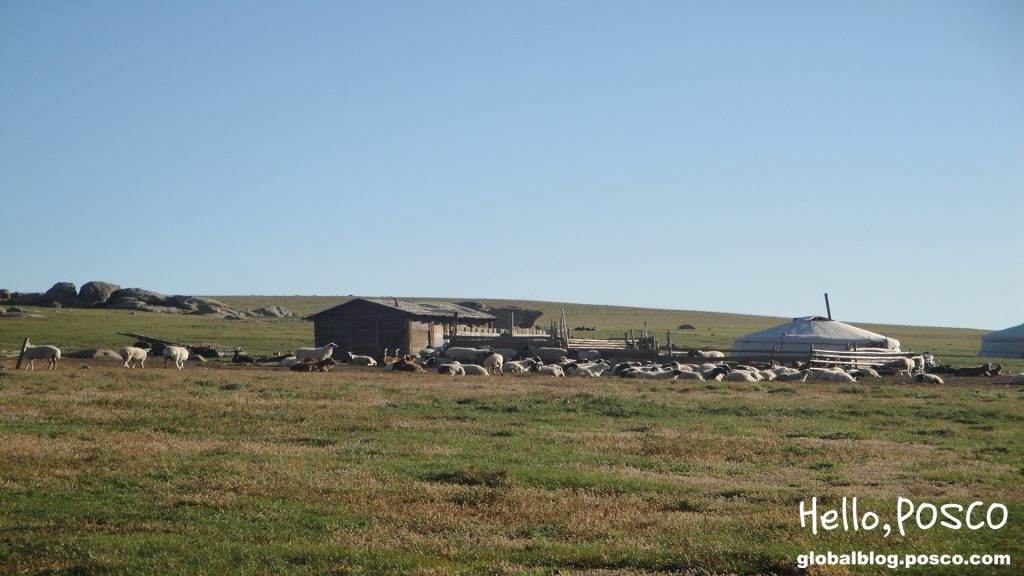 Help to make a smooth transition

POSCO’s regional development education business in Mongolia has been helping women like Chewolma. POSCO’s Community Development Training Center (CDTC) opened in November 2010 with Korea International Cooperation Agency (KOICA), 65 km north of Mongolia’s capital, Ulaanbaatar.  It is being operated by Global Civic Sharing and has been providing 8-day educational courses to over 612 farmers. 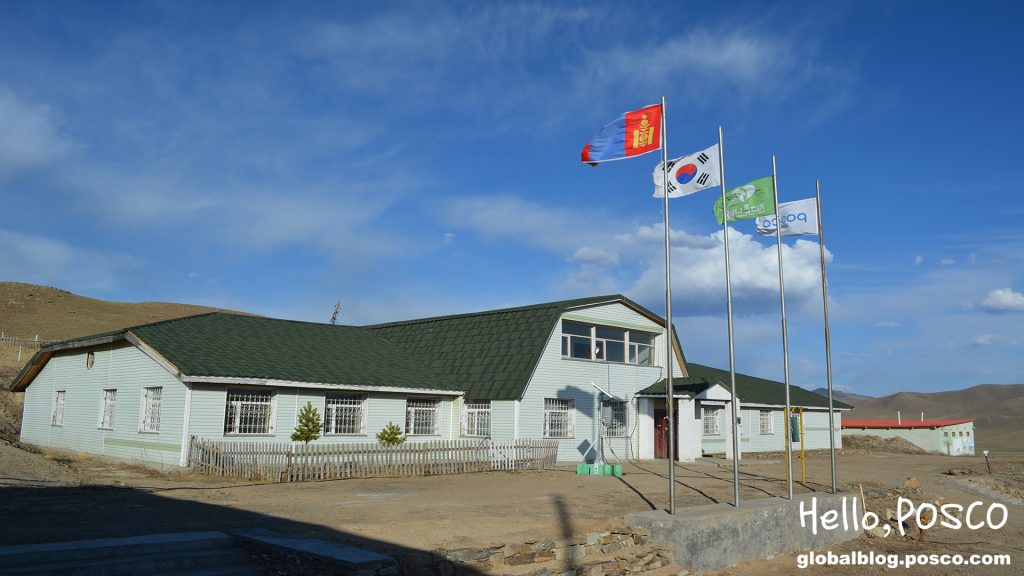 In September of this year, POSCO CTL business plans to expand education and support opportunities for the citizens of Baganur. 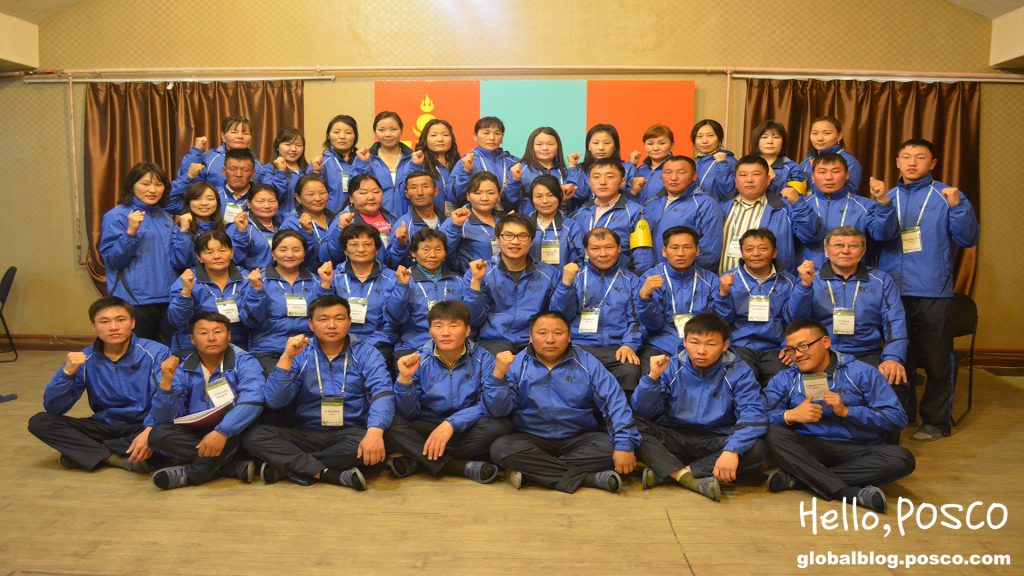 Pictured here: Graduation photo of individuals who completed the program provided by POSCO

Those that pass through POSCO’s Community Development Center programs can take their learnings to each of their villages to begin profit-making projects and be leaders in their respective communities.

What is POSCO’s CTL (Coal to Liquid) Business in Mongolia?

CTL stands for ‘Coal to Liquid’ and is a process that allows coal to be utilized as an alternative to oil. POSCO’s green energy plant business aims to provide clean energy to Mongolian society.