Top 5 Fireworks Displays Around the World… and One More!

Fireworks! Though their beauty lasts only a few moments, they leave a lasting impression.

Here, we list up the world’s top five famous fireworks festivals… plus an extra! For those stopping by Korea, we introduce you to “Pohang International Fireworks Festival”, held each year in POSCO’s own hometown.

But first, here’s the countdown.

Top 5 Fireworks Displays Around the World 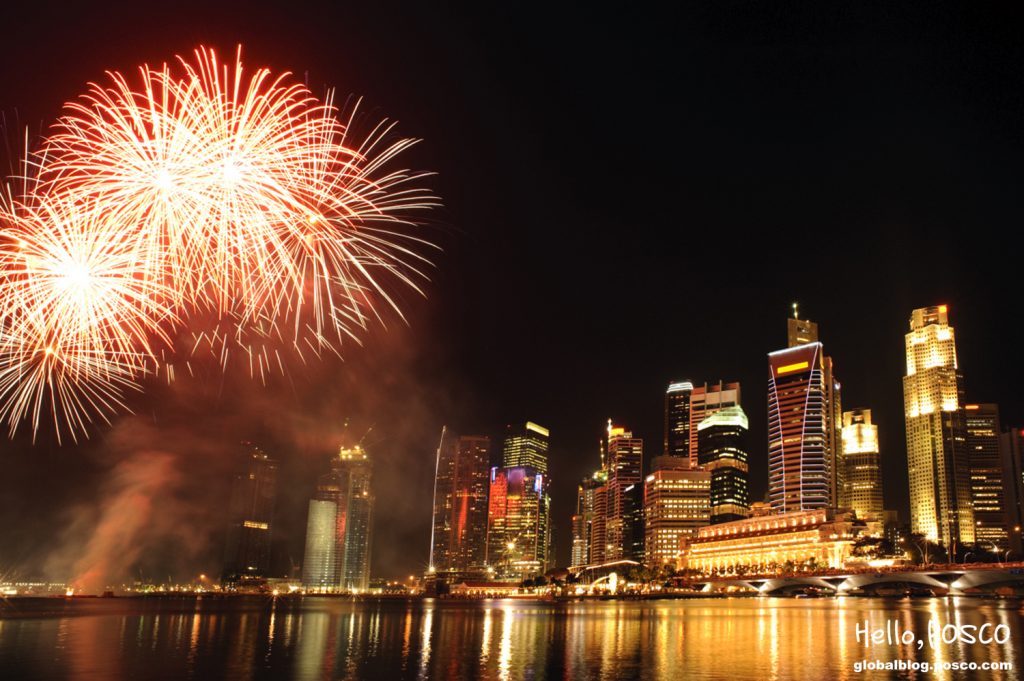 “Singapore Fireworks Celebrations” is an annual event held in Singapore as part of its National Day events. It features several local and foreign teams which launch many different fireworks displays. The teams put on shows over several nights, making this one of the longest-running annual fireworks events on the planet. 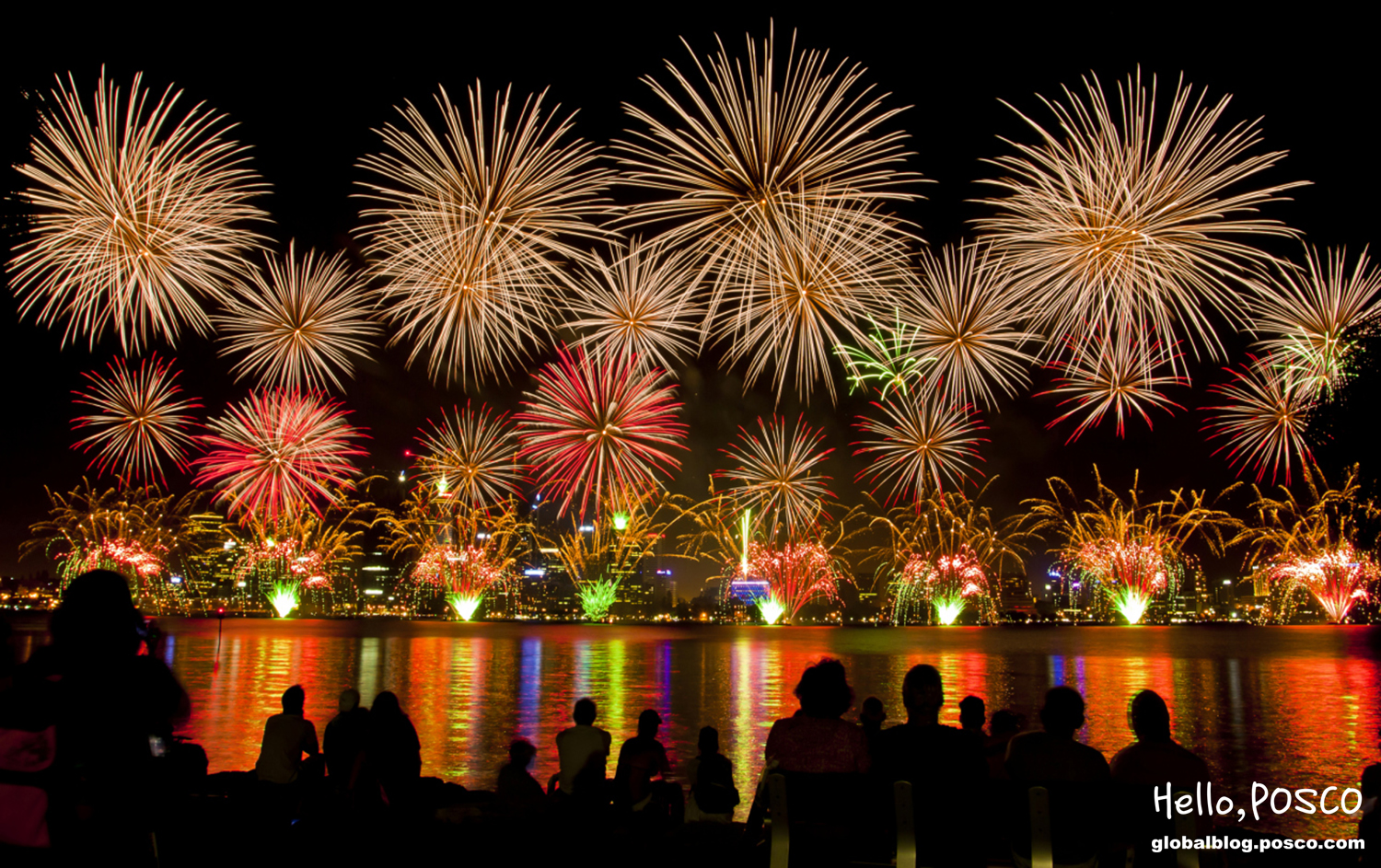 For visitors to Australia, this is a must-see event. On January 26, Australia’s national holiday is celebrated in style in Sydney’s Darling Harbour with a fireworks display that is said to stun. 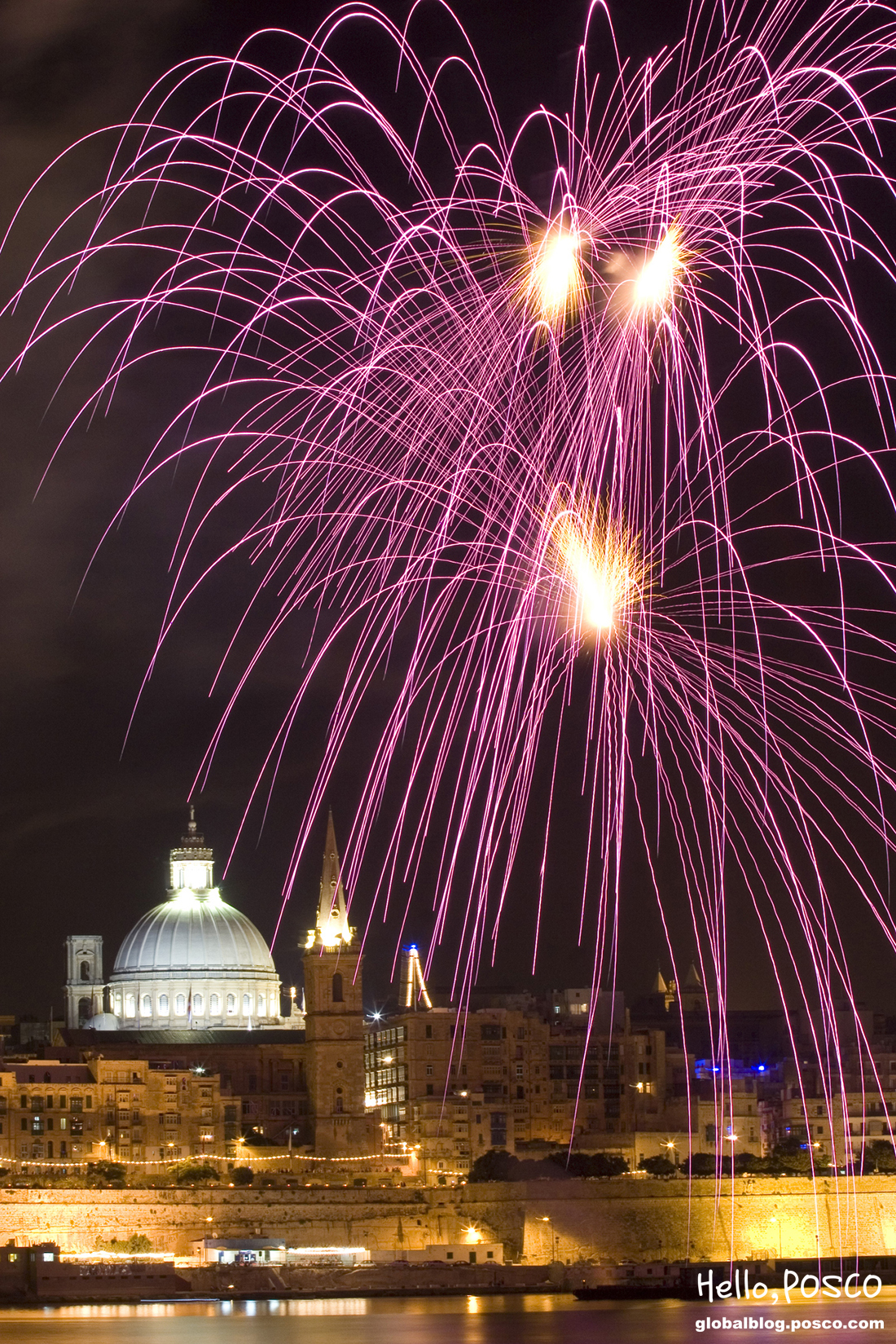 The cleanest, bluest ocean, clearest blue sky, and most impressive firework display around might just be at the tiny European island nation of Malta. Every year around the last week in April, Malta teams up with fireworks creators to produce this incredible spectacle. It’s too good to miss this if you are planning to stay in Malta during your summer holiday. 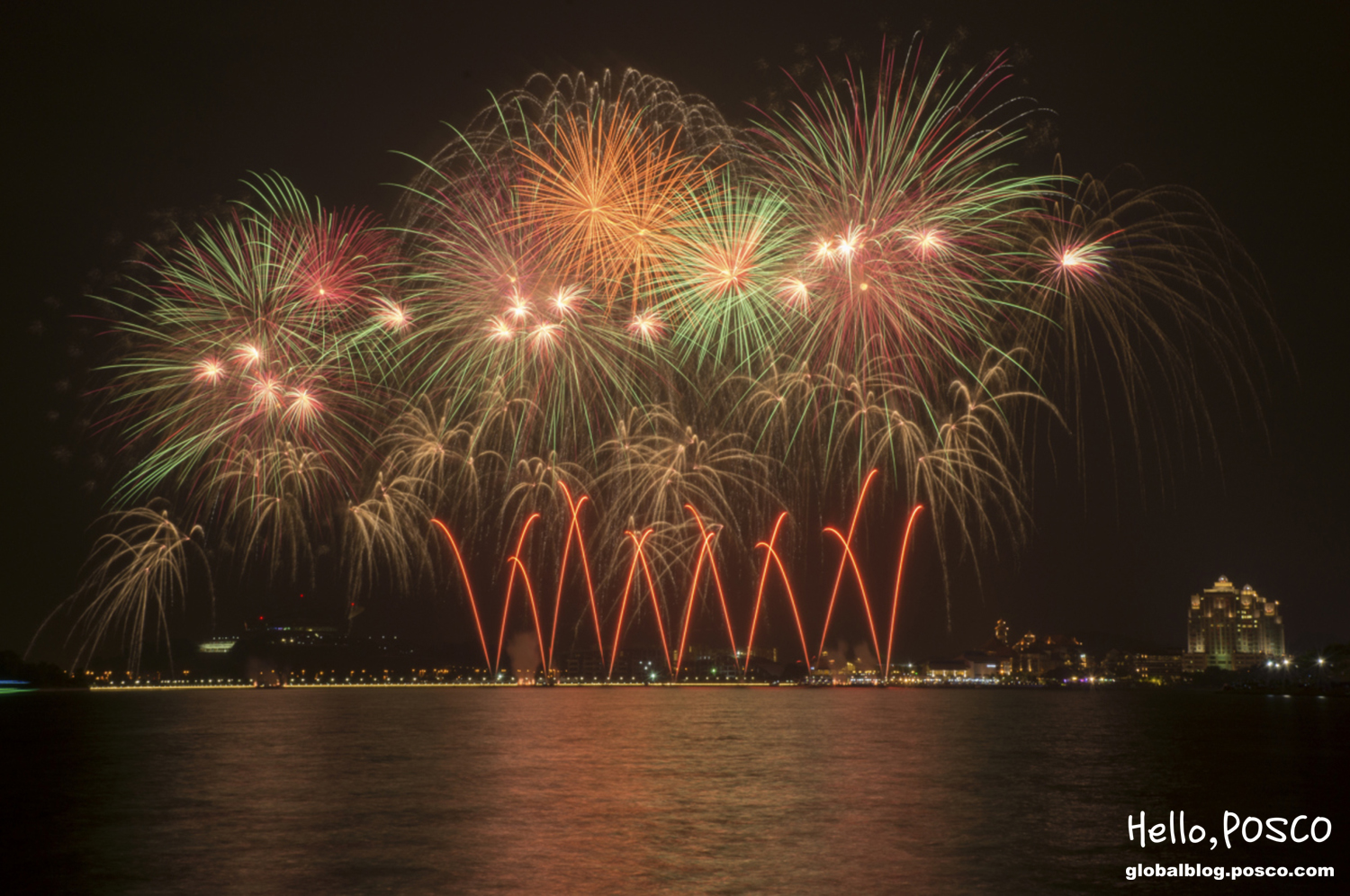 When you think of Dubai, what comes to mind first? The world’s tallest building? Or something else? The fabulous Dubai New Year’s Eve fireworks show might end up your greatest impression of the desert nation, if you’re lucky enough to see it. In 2013, Dubai’s event broke the record for most fireworks set in a single show. 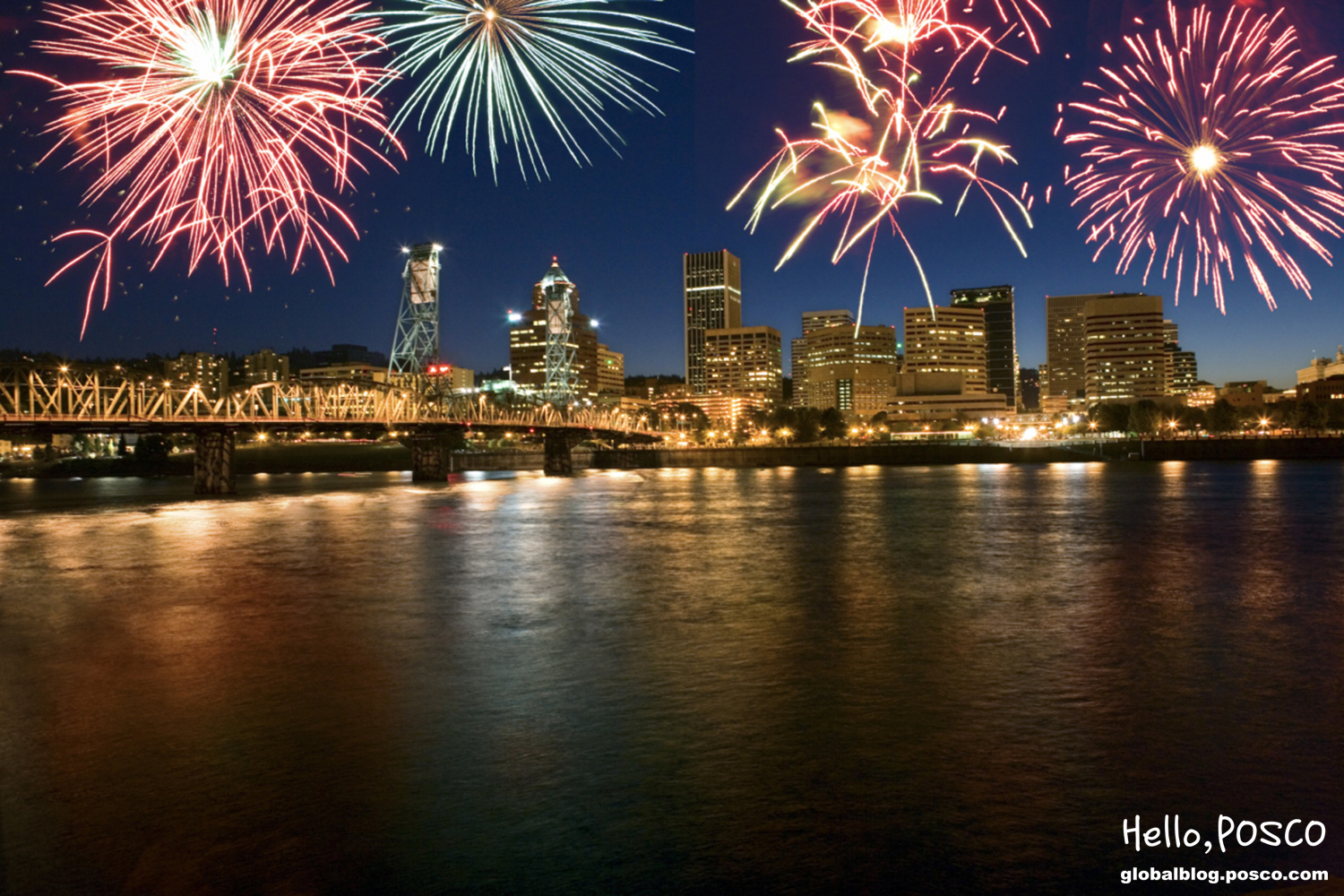 As Independence Day is the holiday that commemorates the founding of the USA, it’s only fitting that some of the best fireworks displays there happens in the nation’s capital of Washington, D.C.

Pohang International Fireworks Festival has been by POSCO held every year since year 2004 in celebration of ‘The 1st Pohang Citizens’ Day’ and commemoration of the citizens of Pohang city itself. In 2014, it was selected as an ‘Excellent Festival’ by Korea’s Ministry of Culture, Sports and Tourism, securing its name among Korea’s greatest cultural festivals. Let’s have a closer look! 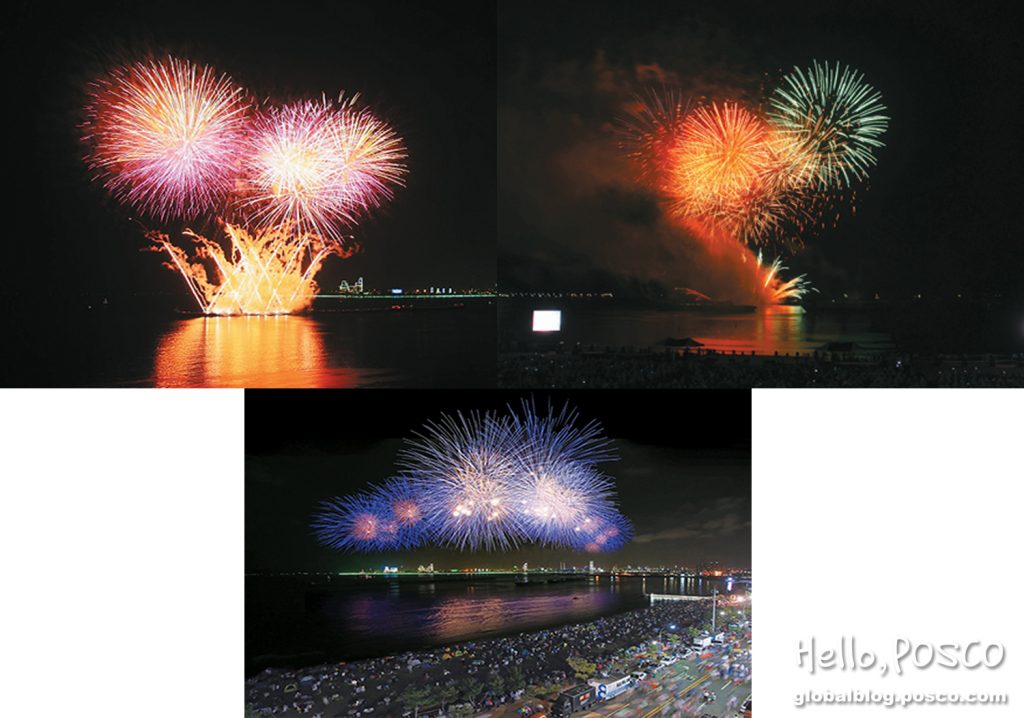 From July 31 to August 3 of 2014, the 11th Pohang International Fireworks Festival showed off its newest addition, the ‘International Firework Competition’. The event presented fireworks from the world’s best teams and directors in a competitive format. The winner was determined through the scores of 100 judges from the audience. For an hour and 20 minutes, the competition’s beautiful lights painted unforgettable memories for the audience at Pohang’s Youngildae Beach.

From Australia, ‘HOWARD&Sons’ is a family team that has created fireworks for four straight generations. This team opened the International Firework Competition with a performance following the theme of ”Live N Loud”, providing a show as thrilling as the front seat at a major concert.

The name is Bond, James Bond…in the sky! British team “Pyro 2000” performed a show based on the theme of the UK’s legendary national hero, 007. The performance was made up of cinematographic elements mimicking the tension and excitement that typify the Bond movies. We imagine the audience was thrilled by an unexpected feeling of deja-vu.

#3: The Winner! Return of Emotion by Surex (Poland)

Polish team Surex saved the best for last. They performed to the theme song “Return of Emotion” by Bartosz Chajdecki, an outstanding composer who exemplifies the new generation of Polish contemporary musicians. Following Surex’s experience in winning several competitions throughout the world, they counted 882 points and won again in Pohang, taking home the first prize of $10,000.

Incredible sights and the Grand Finale

Between competitions, a few extra performances took place. The first intermission performance was “Flame of Pohang”, where performers used the theme ‘fire’ to express a show that represented the warm heart of the citizens of Pohang. The team also used ethnic drums and trampolines as instruments.

The second intermission performance was called “Harmony of Lights of the World”. An emotionally charged, beautiful melody of world instruments made this performance more than touching.

Lastly, the Grand Finale was performed by Korea’s own Hanwha team. As shown in the title of the piece, “The Wind”, the gigantic fireworks expressed an optimistic message. The Hanwha team used a barge ship and to set an oval shaped fire they called ‘Tower Firework’. This was especially meaningful for the Korean members of the audience after 2014’s ferry disaster, as the entire country has searched for healing and a cure for the national mood. Through the fireworks, the team aimed to express a feeling of hope.