The Question is Enough: An Interview with Steel Sculpture Artist Seung-mo Park 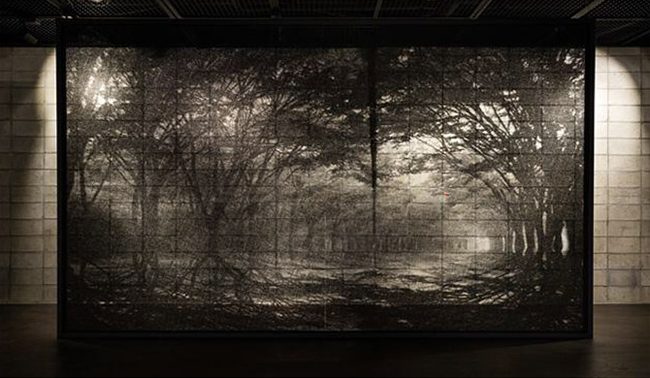 “As I stepped closer to this work of art, the peace of the forest disappeared. The trees, the rays of light and the outlines of the trees’ roots gradually scattered, leaving behind only entangled wires. They were all I could see. As I backed up, the forest reappeared, at first glance appearing like pencil drawings. Then I asked myself, is what I see now the forest, or not?” Sung-ran Park, Novelist

What We See is Not Everything 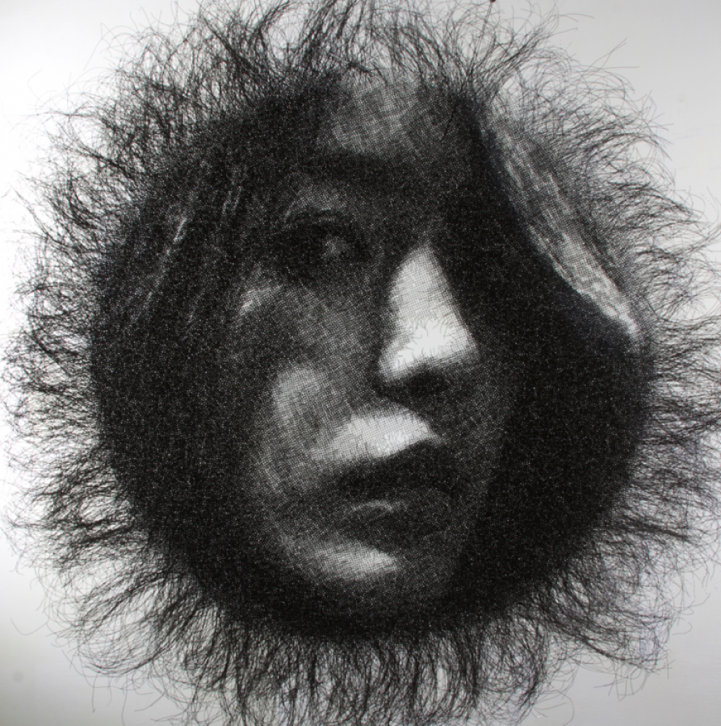 Seung-mo Park is a sculptor who uses stainless steel wires to create complex and stunning works of art. Park layers the wire, bending and welding it until he completes his three-dimensional sculptures.

The right distance is required to enjoy Seung-mo Park’s “Yeon-gi 8460.” Yeon-gi is a Buddhist concept of connection; everything is interdependent. All things arise as a result of multiple causes and conditions. As viewers draw closer, shapes scatter until finally they may wonder what they saw. Wire entanglements, which were used to make the piece, are all that remain. Suddenly, the viewers can feel the weight of the wire materials, and the change of the property can be confusing. Some of Park’s pieces weigh over one ton.

“Most people who see Yeon-gi have the same feeling,” says the artist, Seung-mo Park with a smile. Born in Gyung-nam Sanchung, he speaks with using a local dialect. Having been raised in a small country town, there was not much to see or do, so he occupied his time by drawing pictures on the ground. Although not really sure why, his usual subject was horses. Amazed, his friends would surround him, watching while he drew. After some time, his life would change because of a phone call from one of these friends.

Most people focus on the material first. When Park exhibited his aluminum series, people often asked him how he came to decide on aluminum. They wondered how aluminum wires could be used to create everything objects like bicycles, instruments, statues of Buddha and even people.

A bicycle is a bicycle. An instrument is an instrument. Buddha is Buddha. But are the sculptures even real? The sculptures made of meticulously wound up wires are all empty inside. What the viewers think they see, isn’t truly there. The intensity of the subject matter and the difficulty of the pieces of art captivated audiences.

Seung-mo Park says of his work, “You recognize it clearly as a picture from a distance first, but as you start to approach, it begins to fade and you feel a sense of alienation. People usually move back to view the work again, what I want is only for them to ask themselves at that moment – ‘Is it real or not?’” 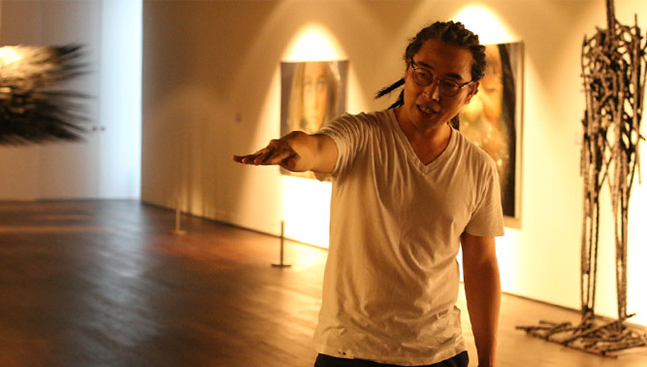 He had previously thought about creating art with steel. By chance, he spoke to his friend who happened to be a painter. “Different muscles are developed depending on the environment where a man grows up. And one can know who he is and how he has lived so far based on them.” That story remained with him for a long time. He wondered, was he made in a same way? If environment makes a man, is man not made of particles which are, in effect, just tangled connections?”

Park began work on Yeon-gi based on that idea; however, it was difficult to find adequate material to represent particles. He tried working with straw numerous times, but it couldn’t be molded. Aluminum was laborious to weld, but the biggest challenge was that it collapsed and couldn’t hold its shape. Steel was the final option. Steel is now his most favorite material because steel is capable of being molded and carved. Still it took a long time to find a way to make steel represent particles. 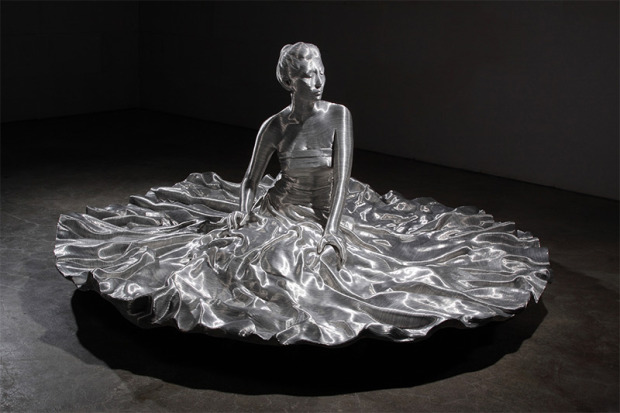 A phone call with his hometown friend prompted Park to ask himself, “Who am I?” His friend reminded him he once drew pictures very well. At that moment, Park realized that while he had once believed it was his mission, he only started to draw to get the attention of others. He immediately stopped studying and headed to India. While he was visiting Parbat Mountain, he found himself drawing again while sitting in a café. Speaking about his vision as active artist, he says, “I think there’s no answers. In the past, I tried to find answers. But now, all I think about is finding the question.”

After the interview, the artist shared a photo of a back view of Yeon-gi. Yeon-gi is not a work of art that can be viewed passively. The audience actively views it from all angles. They will find more light from the back view than the front.

What is this? What is the difference between the back and the front of the wire entanglements? When the audience considers these questions, a complete understanding of the work is discovered. It is this duality that has been central to Seung-mo Park for a long time; life and death, dream and reality. The images he creates are vague, like a fantasy. We are only particles too, such as the trees and water in Yeon-gi. Suddenly, the audience finds themselves asking themselves the question, “Who am I?” There was no clear answer, but the question is enough.