What it Takes to BYOB (Brew Your Own Beer)

Beer is as old as time. The earliest historical record of beer dates back to ancient civilizations that drank beer and wine over water, because fermented alcohol was safer to drink than unsanitized water. Even Louis Pasteur found a method to pasteurize beer 22 years before it was applied to milk, thus triggering the modern era of beer. In addition, the development of home refrigerators, double-walled railcars, automatic bottling as well as stainless steel kettles commercialized the beverage and placed it in the pints and hearts of beer lovers around the world. 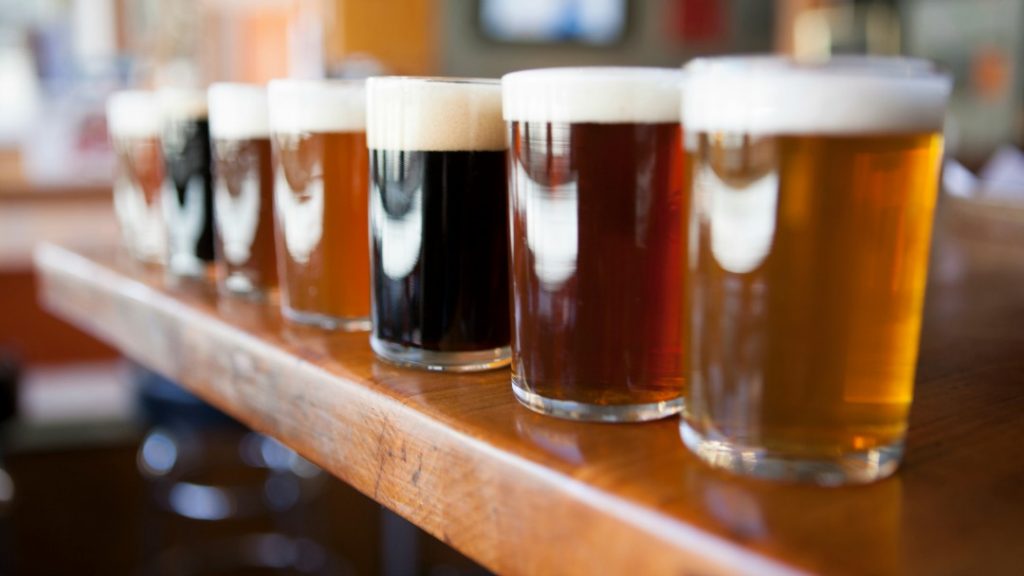 In recent years, there has been a mass movement away from mass-produced, commercial beer to craft beers. Craft beers are usually made in smaller batches, have customized flavors and are generally more expensive. The new generation of beer drinkers are willing to shell out the the extra buck or two for a good, quality brew. This trend is apparent in all different parts of the world including Europe, the U.S. and Asia. In response to the popularity of craft beers, large distributors are buying up independent craft brands at an alarming rate, leaving consumers wary of the number of craft choices they will be left with.

Most craft beer devotees prefer their local breweries for high quality beer, but others have started to experiment on their own. Even 10-time NBA All-Star Chris Bosh is an avid home brewer. Whether it is to save money on unique brews or to experiment for the love of flavor, homebrewing is taking off around the world.

BYOB (Brew Your Own Beer)

Homebrewing is what Brandon Fenner, head brewer of the Hand and Malt Brewing Company in Korea, started doing in his 20s after developing a taste for craft beer. He started with a homebrew kit and experimented with different flavors, ultimately making a career out of his passion. He has worked as the head brewer in various breweries in the U.S., including Magic Hat Brewing in Vermont and Maui Brewing Company in Hawaii. 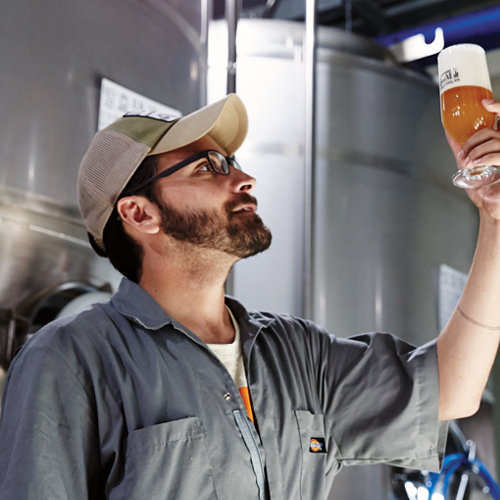 When asked about the single most important advice for homebrewers, his answer was: “cleanliness above all else.”

“You can get lucky and make a good beer even if you don’t know what you’re doing, but if you’re not clean it’s very unlikely you will make good beer.”

Cleanliness is crucial for local breweries and commercial breweries alike, because unsanitary equipment can lead to corrosion. Because the corroded metals of beer kettles or vessels come into direct contact with beer, it will lead to a metallic taste and ruin the taste. For Brandon and his team, the choice of steel was an easy one.

All metals differ from one another on an electrochemical scale of passive to active. The more active the metal, the more it will rust. Corrosion happens between two types of metals when there is an electrolyte present. In this case, beer is the electrolyte through which electric current can flow. This will trigger the more active metal to ionize, thus react with oxygen to form oxide and or other corrosive materials. Many metals used for beer kettles naturally have a passive layer of oxide film that can inhibit corrosion. The trick is to clean and maintain the kettle without compromising this oxide layer.

Brandon and his team custom-built a lot of their equipment out of stainless steel, and make adjustments to it when necessary with a sanitary welder. Between Brandon and his engineer, they have 35 years of experience handling such equipment, but for those who are just starting out, finding and maintaining the right equipment can be tricky.

Traditionally, the most common materials for beer kettles were copper, stainless steel and aluminum, but today, most kettles are made out of stainless steel. Copper was an ideal material because of its high heat conductivity, formability and ease of maintenance. The biggest downfall is it can form an oxide called verdigris, composed of several chemical compounds that can react with beer and lead to copper poisoning. Aluminum is a cheaper choice, but the hardest to maintain because it requires special care to build and maintain an oxide layer. For homebrewers, this is a hassle and mistreatment can lead to a foul tasting beer.

The most common stainless steels used for beer kettles are the 304 and 316 types. They form a chromium oxide layer that protects the stainless steel from corrosion. Compared to other metals, stainless steel is highly formable, easy to maintain and available just about anywhere.

Along with the right-sized stainless steel kettle, here are some other basic equipment homebrewers need: either plastic or glass fermentation buckets (also known as carboys), airlock, hydrometer, syphoning tube, cloth bag for the malt and bottles and caps for packaging.

Once the equipment is all set, the fun part begins; crafting the beer. 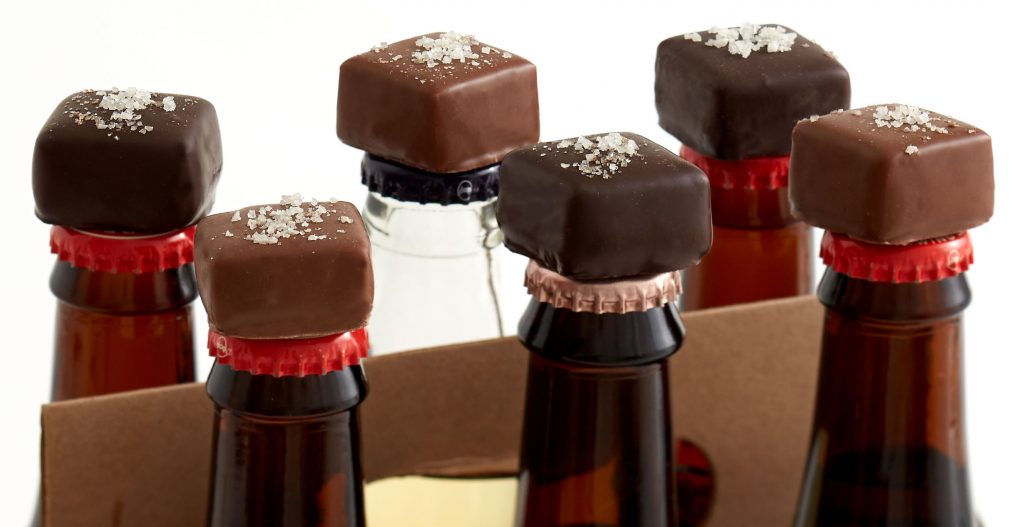 The main ingredients for beer are malt, hops, yeast and water, but lately, professional and home brewers are experimenting with additional ingredients such as coffee, chocolate, lactose, fruit and dry hops for sour beers. Others are aging their beer in wooden barrels and adding high-quality art to their packaging labels. Even with the emergence of new trends, classic brews and IPAs still remain the most popular. For those just starting out on the brewer’s journey, it may be best to start by following an existing recipe. Here are a couple of tutorials for inspiration:

Chefs at the White House brewed their own beer as requested by former U.S. President Barack Obama, using honey harvested on the grounds. The chefs were willing to work in their spare time to perfect the White House Honey Ale and Honey Porter.

Another home brewing enthusiast is Wil Wheaton, the actor who starred in Star Trek: The Next Generation and The Big Bang Theory. Not only does he experiment with craft beers at home, he was on the team of brewers who came out with a beer called “Stone Farking Wheaton W00tstout.”  He also partnered with Northern Brewer to make his very own home brewing kit.

Here he is with brewers from Northern Brewer making a batch of his craft beer at home. When explaining his equipment, Wheaton says he prefers stainless steel equipment because “it looks like it came from the future.”

Finally, for a more unique brew that can be paired with delicate dishes such as veal, watch Gordon Ramsay and Dougal Sharp brew a craft beer in Ramsay’s own backyard. This recipe requires the brew to ferment in an oak barrel formerly used to hold bourbon for a smooth flavor.

Beer is a staple beverage in many cultures around the globe. Thanks to the rise in popularity of craft beers, beer is now a trendy, hip beverage that has a young following. More and more beer lovers are testing out their own creations at home and even making a career out of it. All they need is reliable equipment, the basic ingredients and whatever additions that will make their beer unique. Not everyone can agree on which beer is best, but then again, that is the beauty of craft beers. Cheers to beer and happy International Beer Day!