Chinese New Year—also known as Lunar New Year—is an important festival celebrated throughout Asia at the turn of the traditional lunisolar Chinese calendar. Celebrations are festive and grandiose, involving enormous feasts of holiday treats, spectacular parades, gift-giving among friends and family, and fireworks—lots and lots of fireworks. While setting off firecrackers was traditionally believed to frighten off evil spirits, restrictions in modern-day China mean that many families improvise by popping balloons and displaying firework decorations.

Still, in the small town of Nuanquan in Heibi Province, China, just west of Beijing, a small group of farmers are keeping one of the world’s most unique fireworks displays alive.

About 500 years ago, there were many blacksmith shops in the farming town of Nuanquan. Unable to afford expensive fireworks during the Chinese New Year holiday, lower income residents such as blacksmiths and farmers sought an alternative. Inspired by the beautiful sparks emitted during their iron working, a group of brave blacksmiths began splashing molten metal on the city walls, which resulted in the creation of beautiful flower shapes from the cooling iron. 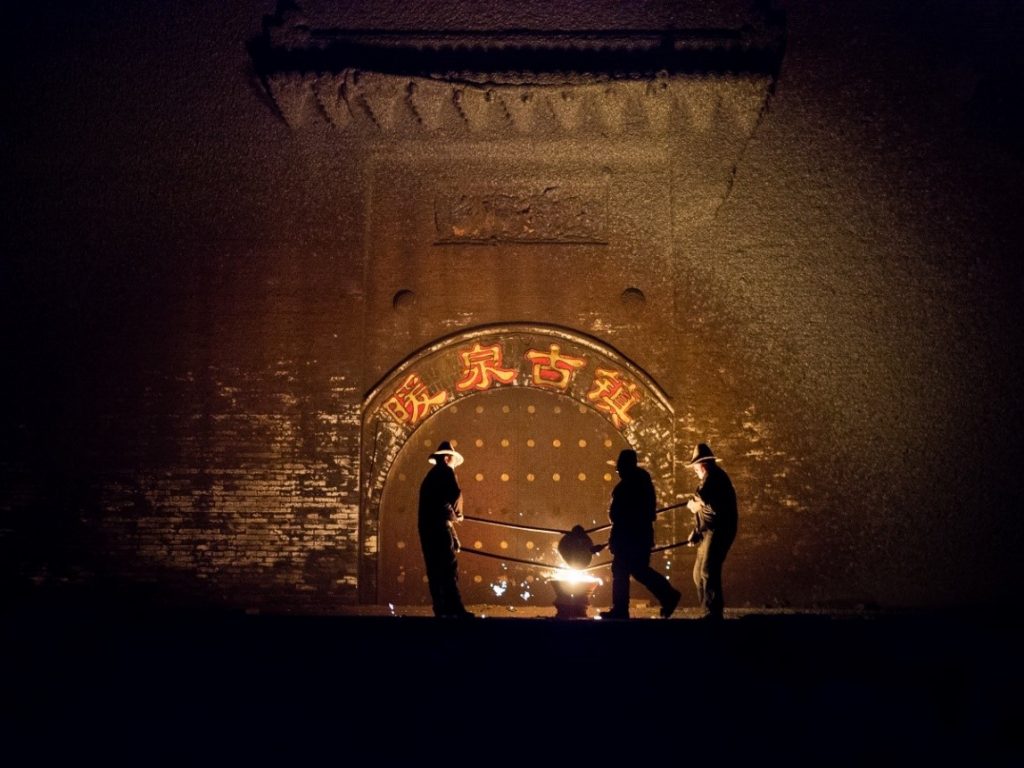 As time went on, locals began to prefer the stunning, steel-catalyzed display to fireworks, and donated their scrap metal to the blacksmiths to use during the annual performance. Eventually, a more developed system evolved and eventually became known as dashuhua, which roughly translates as “throwing tree fireworks.”

To create the display, men first soak wooden ladles in water for three days prior to the show to prevent them from combusting on impact. After dipping the ladles into the molten iron (which is made from smashed up pieces of pig iron), flames instantly shoot up. As such, the men work quickly to splash the molten iron onto the city wall to avoid injury.

As the metal strikes the cold, hard wall, it explodes into a shower of sparks, mostly over the performers. Due to the danger posed by the falling molten iron, only the bravest individuals performed in the show, wearing only a jacket made of sheepskin—a material that naturally repels the molten iron—and a straw hat to protect against the splash of hot metal. 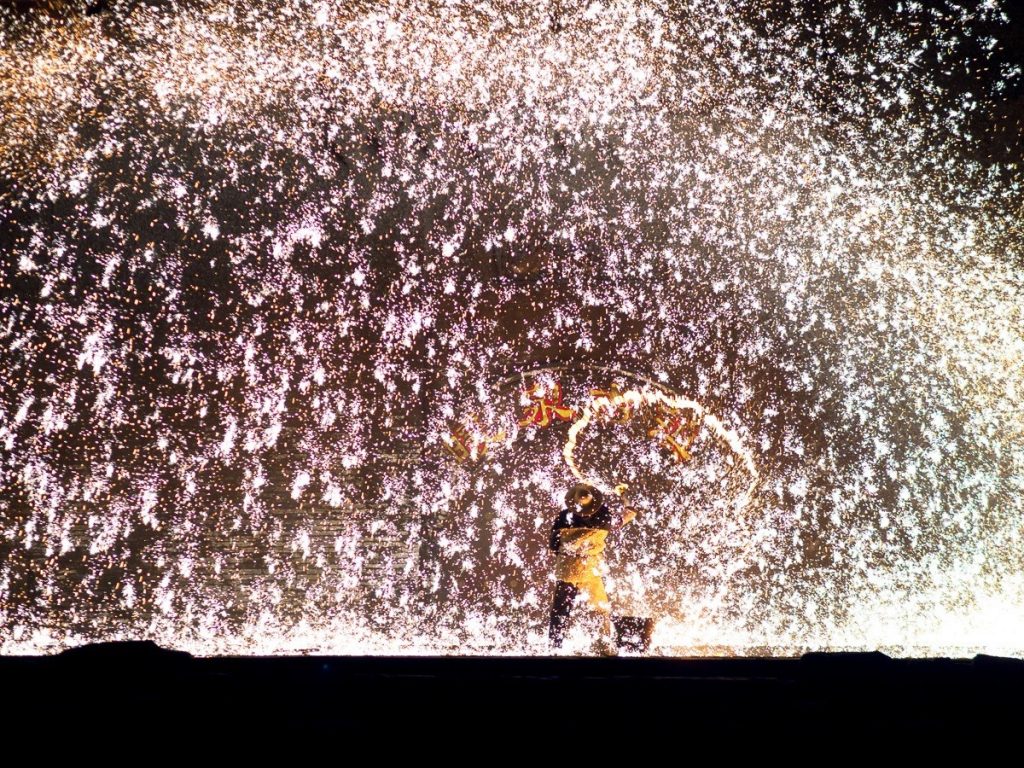 Despite being banned during the Cultural Revolution from 1966 to 1976, the tradition has since carried on through the ages. Refusing modern protective clothing to more closely maintain the tradition, today’s performers are prideful of their region’s rich cultural heritage and are eager to pass on the custom to their children. They are also pleased that the event continues to attract spectators from all over China, who gather in freezing temperatures to witness the incredible scene of a night sky illuminated by the sparks of molten iron.

However, as urbanization surges in the world’s most populated nation, the tradition is on the decline, with only four performers left. As such, the Chinese government has designated dashuhua as an Intangible Cultural Heritage and has helped organizers build a dedicated stage for their performances, with an aim to preserve the country’s past as well as Nuanquan’s steel-centric custom.