Birmingham, Alabama was established in 1871 at the foothills of the Appalachians near one of the world’s richest mineral deposits. It was named after Birmingham in the United Kingdom – which was then the center of that country’s steel industry.

Soon after its foundation, the city grew quickly and became known as the “Magic City” for its extraordinary post-Civil War expansion. Its strategic location near Jones Valley, a source of coal, steel ore and limestone, made it a perfect place to produce steel and set up its crucial railway system.

Steel to the End

For centuries, its steel mills and plants were the thriving heart of the city’s economy. Birmingham’s wealth and identity was built on iron and steel (which is an alloy of iron), and was almost solely dependent on these materials.

However, the city’s industrial heavyweight status was not to be permanent. Economic lulls have occurred, and Birmingham has had to revive itself numerous times because of war and epidemics – the city’s industries were hit especially hard by a cholera outbreak of 1873 and the Great Depression in the early 20th Century.

World War II reawakened the city’s industry, however, resulting in an influx of jobs and a subsequent population boom.

Although still thriving, in the postwar years the city became a setting for civil unrest, Birmingham suffered heavily from conflicts relating to civil rights issues. Many residents fled to Birmingham’s outer suburbs, shaken by the discord.

Time has passed since those turbulent years, though, and a tide of developments is slowly taking the Steel City on the road back to prosperity. Birmingham has moved on from its challenges, refashioning itself into a place that is both respectful of tradition yet relevantly livable.

Much of the city’s character is defined by its past, and has led to a great preservation that helps it carve out a unique identity of its own.

The First and Last American Furnace

One of the noteworthy sites in the city is Sloss Furnaces. A 32-acre plant that produced pig iron for almost a century beginning in the late 1800s, it was deemed a National Historical Landmark in 1981.

Created in 1880 by one of the founders of Birmingham, Colonel James Withers Sloss, the city’s first blast furnace produced 24,000 tons of iron during its first year of operation.

After retiring, Sloss sold the company to investors, which led to its reorganization and expansion. Before its last blast in the 1970s, the furnaces was still know as one of the largest sellers of pig iron in the world.

It is now an urban industrial museum and showplace dedicated to iron art. The site often hosts conferences and events, many of which are dedicated to metalworking. It is the only blast furnace in the United States that has been restored for the public, adding to its cultural importance.

There are also the Tannehill Ironworks, once a complex that produced iron for the Confederate military during the Civil War. As well as its status as a Historical State Park, it also hosts the Alabama Iron and Steel Museum. 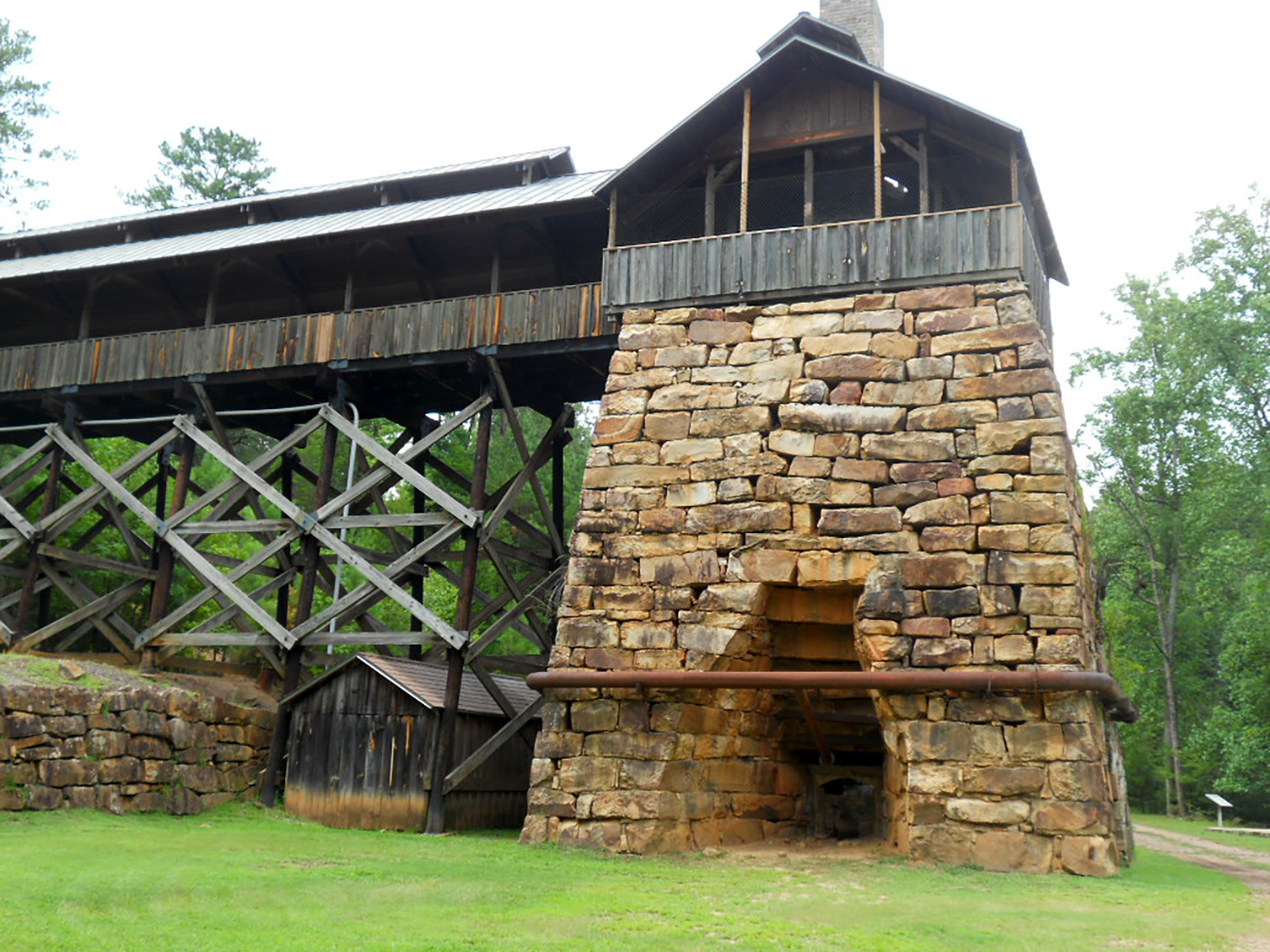 Tannehill was seized during Union General James Wilson’s raid, and destroyed in 1865, but later partially reassembled so as to keep a small furnace operating until 1867. After other rebuilding attempts, Tannehill was abandoned until it was turned into a facility for visitors to view the Confederate war effort.

The museum is meant to represent the state’s antebellum and Civil War heritage, showing that while the city’s industrial golden era may be behind it now, the trade still remains a vital part of its heritage.

The city is also the home of the largest cast steel statue in the United States. The colossal statue of Vulcan, the Roman god of fire and forges, was designed by Italian artist Giuseppe Moretti and cast from local steel in 1904. It has overlooked Birmingham since the 1930s, sitting atop Red Mountain, and visible from almost any point of the city. 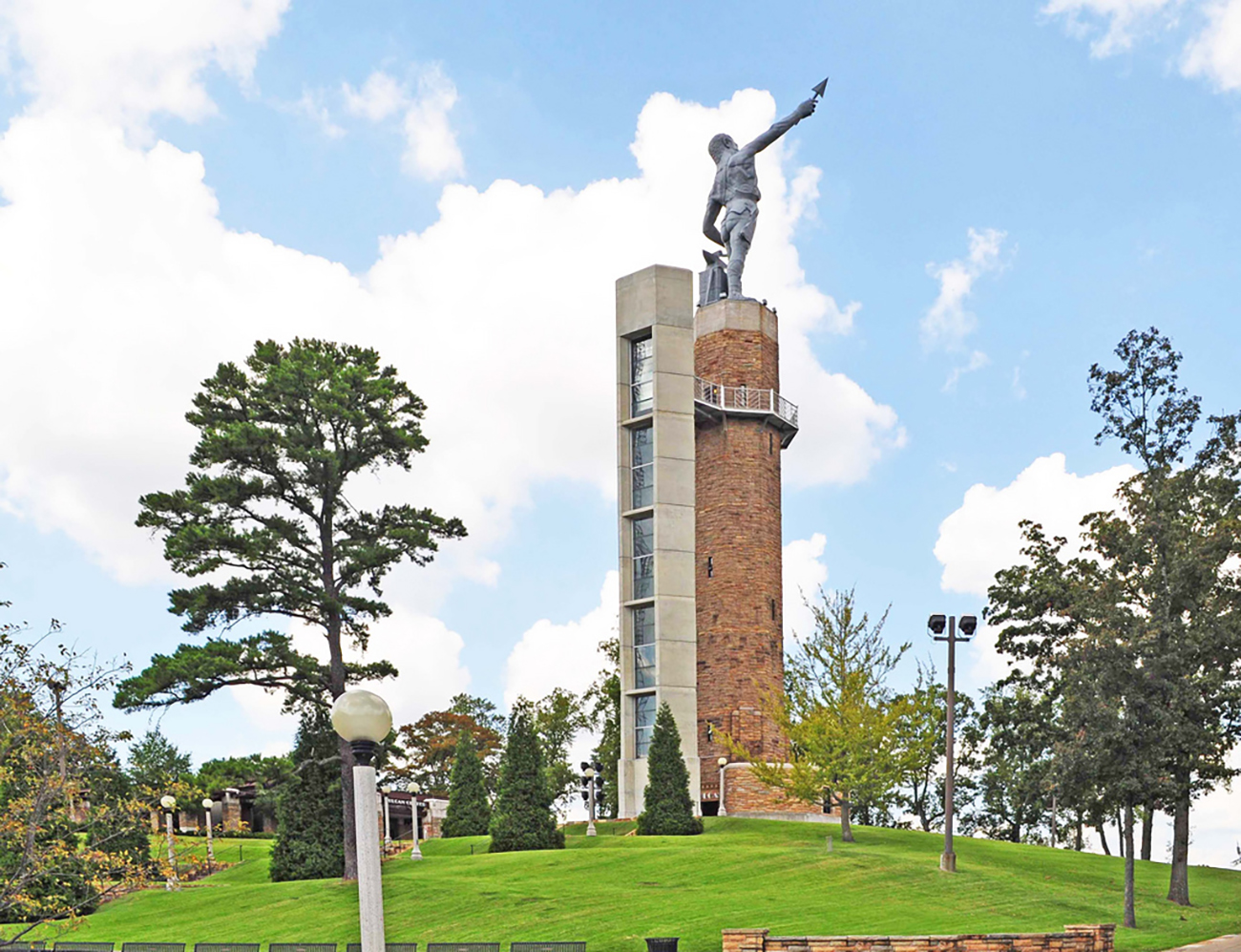 Vulcan was originally intended by city leaders to advertise Birmingham and the state of Alabama to the world through the St. Louis World’s Fair, held in the year of the statue’s unveiling. It proved to be an extremely popular exhibit, winning the Grand Prize and medals for the sculptor and foundry.

Eventually, Vulcan was moved back home, where the Works Progress Administration (WPA) helped get a new park and museum ready for him. He is considered one of the most significant landmarks of the city, and acts as a symbol of Birmingham’s industry-rich past.

Besides being a city rich with American history, Birmingham has also become a modern metropolis in its own right. In recent times, new businesses have thrived, and new cultural institutions are sprouting up all throughout the city.

Right now, downtown Birmingham is developing fast, with a 58 percent increase among 24-to-35 year olds settling in between 2010 and 2014. And understandably so – tech and startup hubs, a vibrant music scene and the University of Alabama-Birmingham’s presence in the medicine and healthcare fields are making the area a burgeoning location.

Birmingham has changed a lot through the years, but it has not forgotten its roots. While it is not completely fueled by a steel economy anymore, the Steel City is still a remarkable destination for anyone interested in the country’s industrial past – and provides an interesting glimpse into the South’s revivification.