How did POSCO rise as a global top steel company? It was largely contributed by POSCO’s various activities to enhance their global competitiveness in domestic and overseas subsidiaries. Let’s take a closer look at the management fortification activities of foreign branches.

With the know-hows gleaned from Korean steel industry, the foreign branches of POSCO had successfully stabilized the production process in their beginning stage abroad. Ever since their initial launch, they have been establishing their quality control system. As a result, they are now capable of providing preemptive responses to client demands, leading them to receive positive assessment. 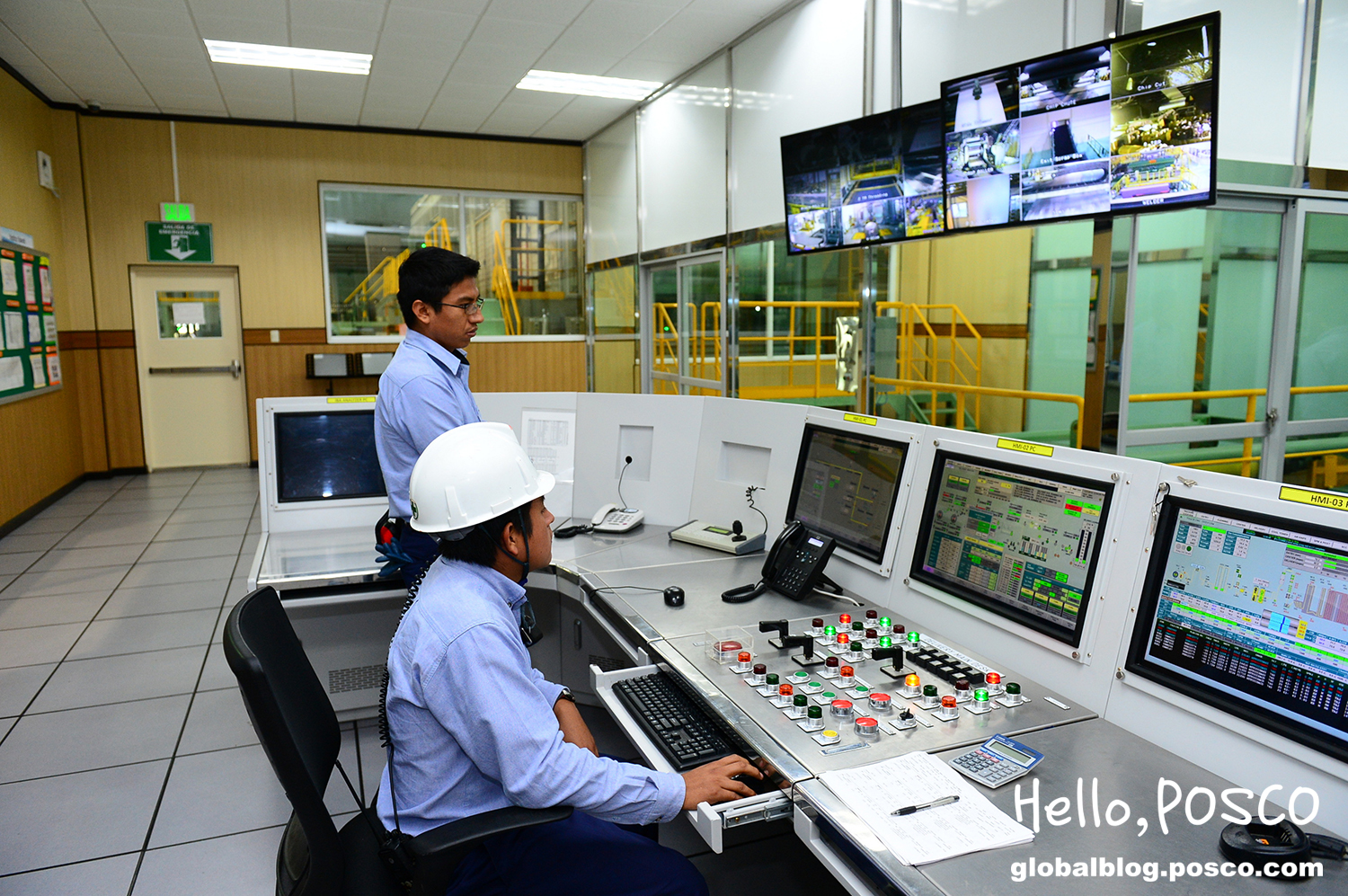 Established to secure automobile companies in North America where automotive steel demand is increasing in a rapid pace, POSCO-Mexico has been concentrating on quality stabilization ever since its launch in November 2013. As POSCO-Mexico was successful in equalizing the quality of their products, they were able to further improve the efficiency in machining operations. Also, they were able to earn a positive reputation from North American automobile companies by actively providing the products and technology information that client are in need of.

Ever since their initial operation, POSCO Guangzhou branch has been putting their full effort on enhancing their automotive steel sheet quality, packaging layers and more. This endeavor brought improvements in operation stability and production costs. As POSCO Guangzhou branch continues to reinforce technology through dynamic collaboration with TSC staffs in China, they will contribute to further augmentation of POSCO’s global power.

UPI in the United States is an excellent example of successful innovative management achieved by all employees working together as a unity. With harmony between labor and management, the employees of UPI conducted a variety of improvement activities such as receiving external consulting for an effective restructure process. As they work on reinforcing their production efficiency, sales of high-quality steel and major reorganization, the current management structure of UPI is in the normalization process and such lucrative experience instilled a sense of pride to the UPI employees.

In addition, due to the initial nature of the device industry, it is inevitable for Krakatau POSCO, POSCO-Maharashtra and some other branches to face deficits but it is expected that their management will be stabilized in short time. Actually, Krakatau POSCO has stabilized their production system as they reached the normal activity point in last May and they are now planning on expanding their sales structure until this upcoming December. POSCO-Maharashtra will also continue to engage in aggressive approaches toward their goal by the fourth quarter of this year.

The foreign branches’ active client care is a distinctive strength of POSCO. POSCO has been establishing foreign branches and practicing consistent marketing strategies in the areas with steel industry growth potentials such as China, Southeast Asia and more. Not only stably providing products of excellent qualities, but also they have been emphasizing their differences by maintaining a total service system, including technology and logistics that clients ask for.

POSCO-CCPC’s sales manager, Tae-min Huh said, “As a sales manager, it feels most rewarding when I successfully make a new business relationships after constantly meeting local clients such as DFSK and convincing them to sign a new contract with us. Especially, when I hear from our client companies that our material supply and quality stability have improved further, I feel very satisfied. As our marketing strategy strictly focuses on the perspectives of the clients and listen to their stories with attention, we were able to create good relationships with the Chinese clients”.

Excellent global human resource is the driving force of POSCO 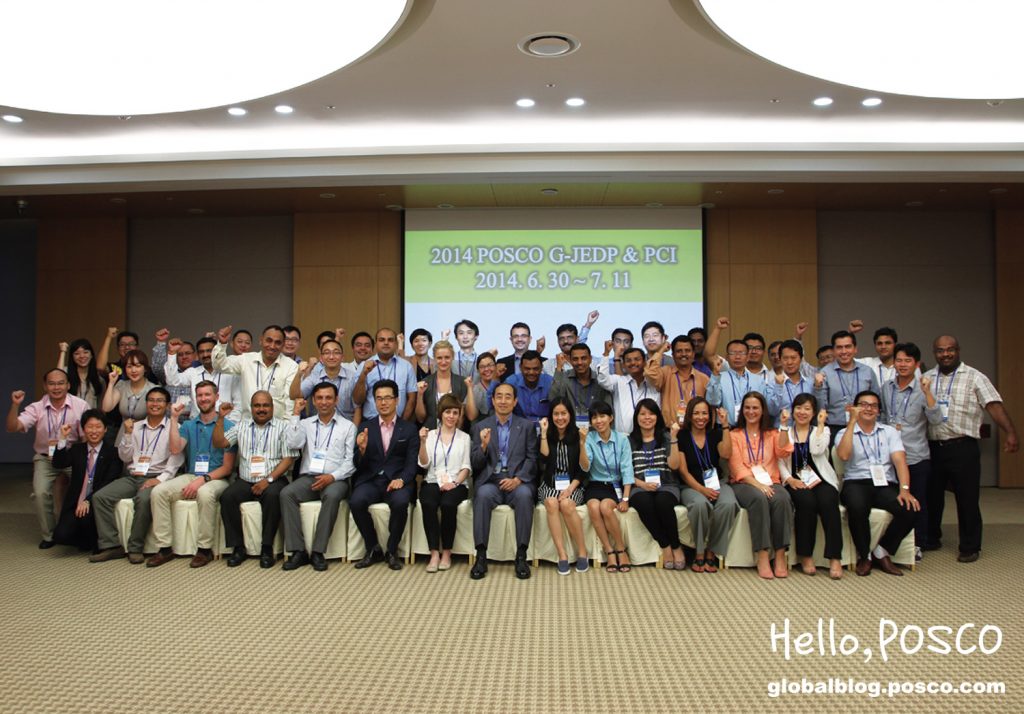 POSCO provides professional training that includes leadership and organizational management to global employees those who are selected from each branch every year. Employees dispatched to the branches from the head quarter put extra efforts to learn the local culture and working method for effective processing. Also, as the foreign branches process their business under POSCO’s global standards, the foreign branches in various parts of the world maintains a global reputation for their work methods.

Tabata Yuki, who has been working as a sales director in POSCO-JEPC for five years, said, “At the beginning, I felt unfamiliar with the Korean working style and organization culture. However, by utilizing my given authority and abilities that I learned from the company, I believe that I was able to make an outcome in new client development despite of my relatively short career history”. Also, he added “In my opinion, POSCO’s differentiating factor with competing companies’ sales manager comes from actively sharing their global mindsets and knowledge through constant communication”.

Anish Aora, working in India POSCO-IDPC for seven years now said, “When I first joined the company, I faced a number of troubles processing the work due to the cultural differences between Korea and India. However, now I understand Korea and POSCO through constant communication with employees, career education and several visits to Korea”. Also, he added that POSCO’s good performances among the foreign factors are contributed by aggressive business mind toward their goal and standardized work process that applies equally in every foreign branch around the world.

Enhance relationship with the local community with Institution·Facility Support 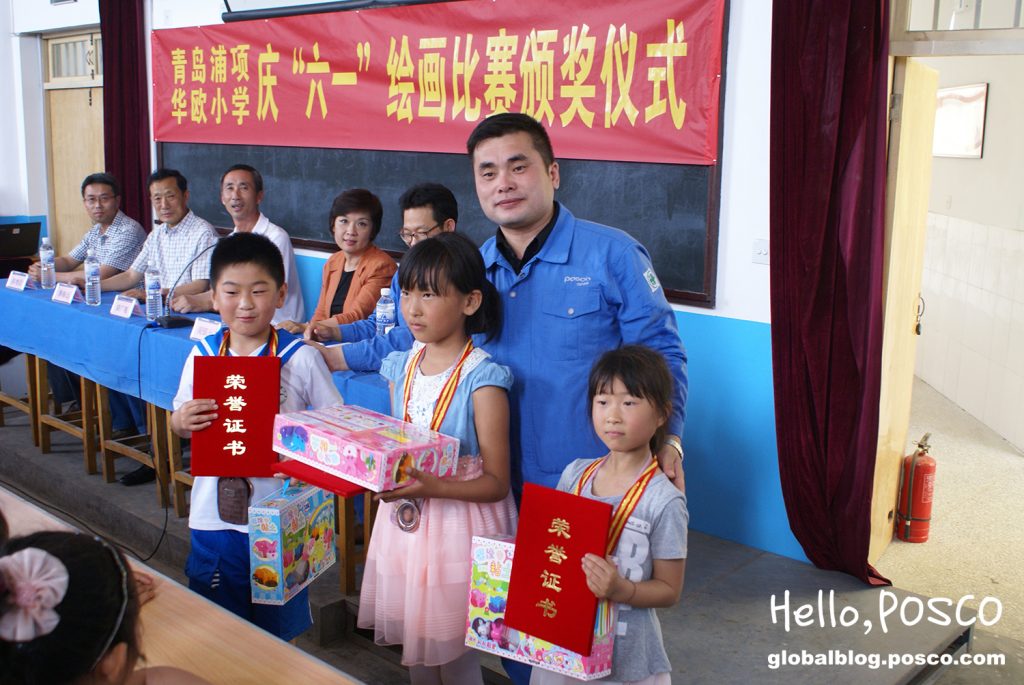 Outstanding business performances by POSCO’s overseas subsidiaries stem from the formation of fond relationship with the local community. With their thriving business, POSCO’s overseas subsidiaries not only create new job opportunities, but also contribute to growth of local economy. Besides the economic boosts, POSCO has been actively supporting and constructing institutions and facilities in need to develop close relationship with the local community.

POSCO’s overseas subsidiaries have resolved common difficulties in production, quality, and sales that often occur in the initial phase of the production and are currently being stabilized. These subsidiaries aim to promote win-win strategy for all parties involved and develop the local community.