The three waters – Yellow Sea, East Sea and the Korea-Japan strait – that encapsulate the Korean peninsula have always played a significant role in the nation’s history and economy. In recent times, conservation of the marine ecology has been an issue of rising concern, following the economic boom and rapid industrialization. As a company striving to meet its responsibilities as a model corporate citizen, POSCO has shown its commitment to the conservation of marine ecology by forming POSCO Volunteers for Clean Ocean. Shall we jump in and see what the POSCO Clean Ocean initiative is all about? 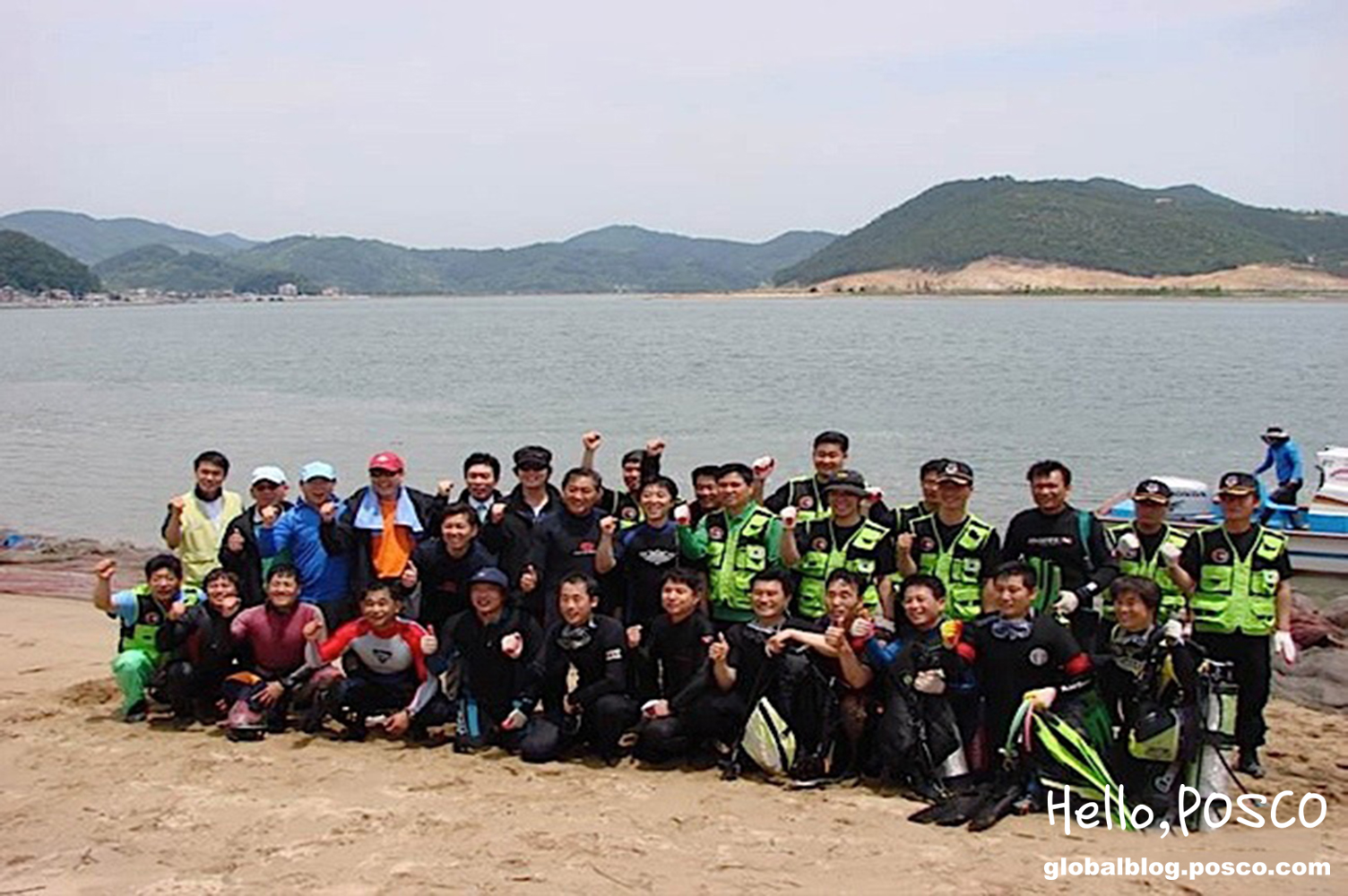 At the Forefront of Korea’s Marine Ecology Conservation: POSCO Volunteers for Clean Ocean

POSCO Volunteers for Clean Ocean, established on November 25, 2009, is an organization committed to saving Korea’s waters. Its activities, carried out by members with professional experience in scuba diving, are varied: cleaning waters and beaches near company processing plants in Pohang and Gwangyang, aiding regional fisheries, lifesaving and salvaging sunken ships are all part of POSCO Volunteers for Clean Ocean’s efforts to protect and preserve Korea’s waters. In addition, the volunteer organization symbolizes the POSCO Green Environment Spirit by actively participating in marine conservation initiatives alongside various organizations in collaborative events such as Water Day and Oceans Day.

POSCO Volunteers for Clean Ocean has 780 passionate members, 270 of whom hold certified licenses for skin and scuba diving. The high level of professionalism makes it possible for the volunteers to engage in collaborative lifesaving efforts with other organizations such as the Coast Guard. 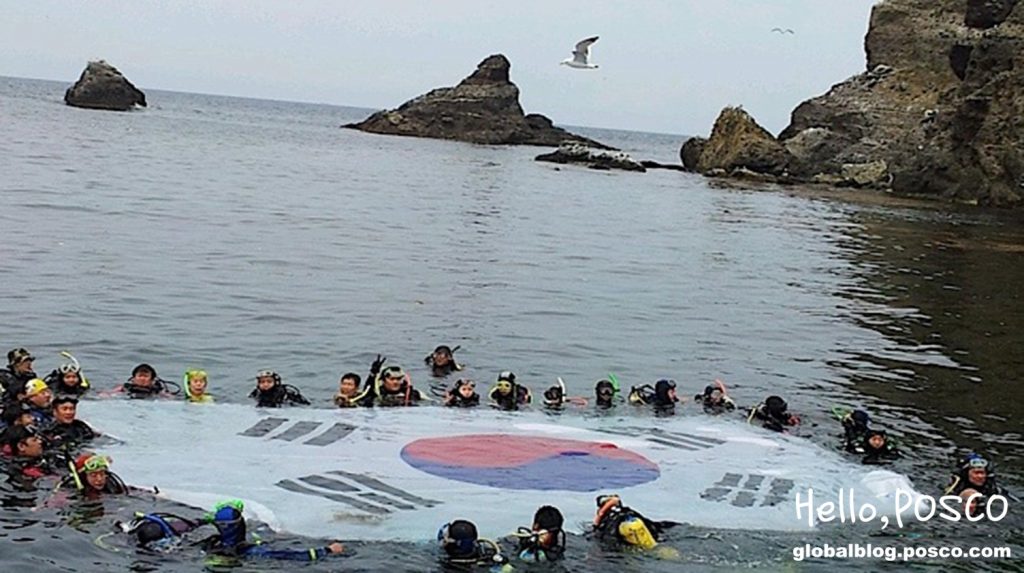 In August last year, POSCO Volunteers for Clean Ocean was shown on the popular KBS environmental documentary <Environment Special> displaying the Korean flag at Dokdo after removing the starfish that were damaging the ecosystem. Dokdo, a small island located in the East Sea, bears great significance to Korea as the nation has been in continuous debate with Japan over which country is the rightful owner. Such passionate activities were made possible by regular meetings and training: the organization meets every Saturday to preserve Korea’s oceans such as collaborating with regional schools and local residents to improve the coastal environment and ecology.

Introducing the Various Activities of POSCO Volunteers for Clean Ocean 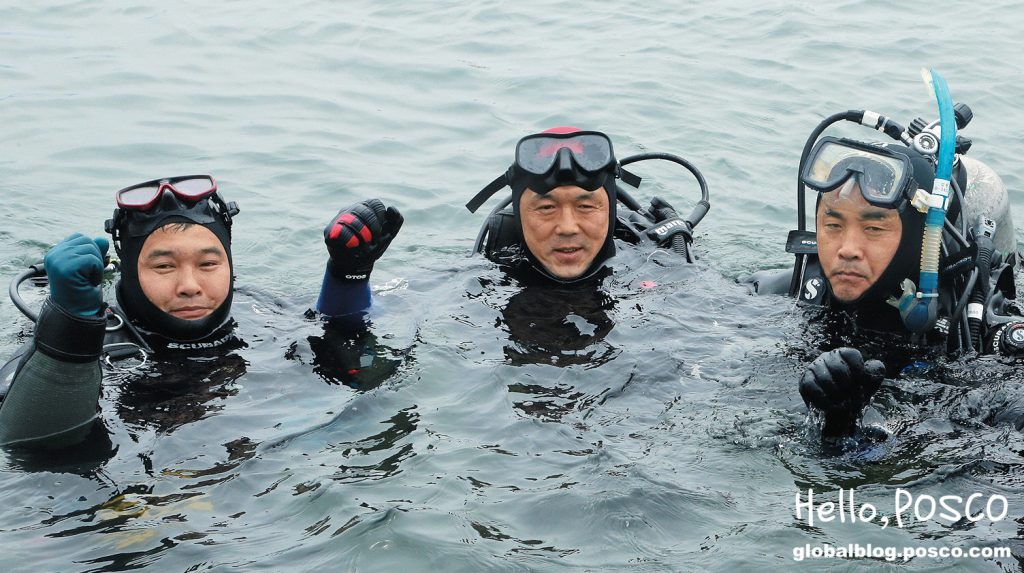 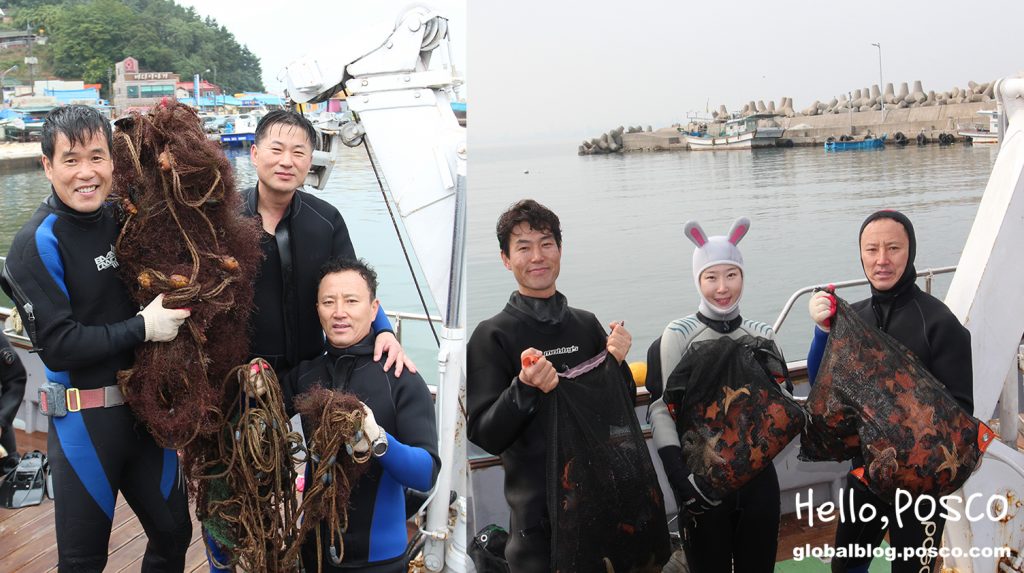 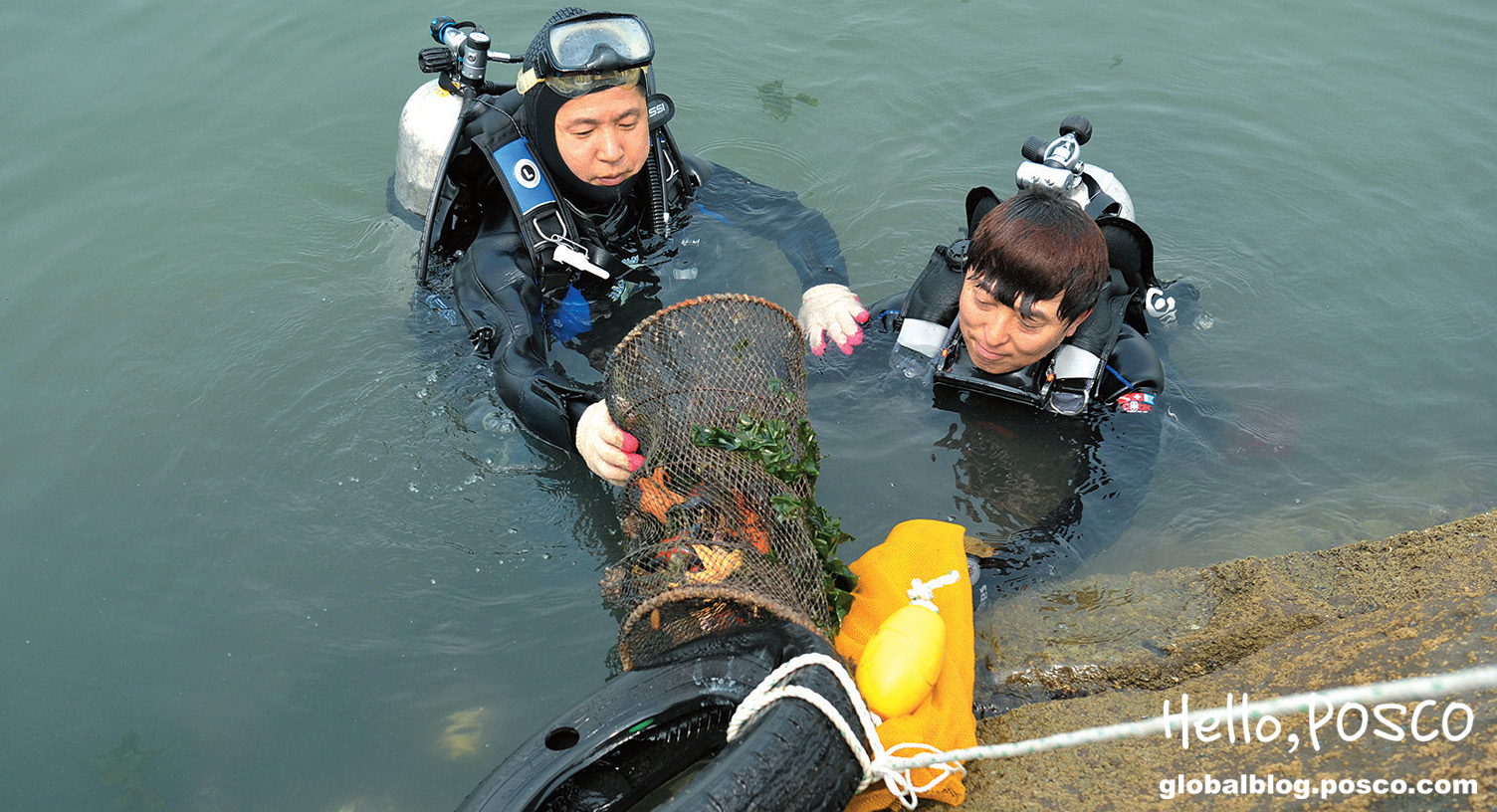 Cleaning up the coastline and getting rid of organisms that harm the marine ecology at Myodo Island in Yeosu.

Interview: POSCO Volunteers for Clean Ocean President Jong-bin Park on the Organization and its Future

“We will focus on recovering the marine ecosystem and make a tangible contribution to the fishing economy.” 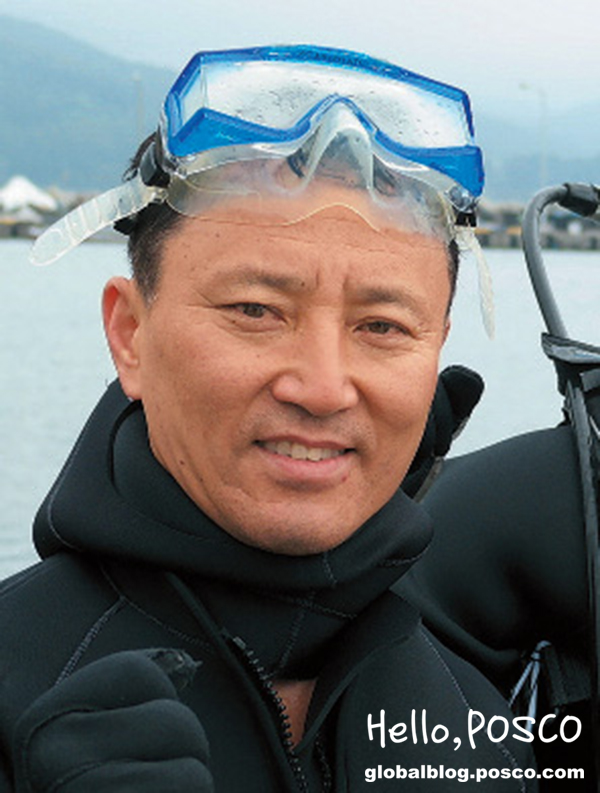 I remember the early days of the POSCO Volunteers for Clean Ocean when some fishers were concerned about the impact our activities might have on their farms. Recently, however, local communities are competing to invite us as we have demonstrated over time our contribution in recovering the marine ecosystem. Local governments are inviting us to various environmentalist events, which helps us establish our corporate image as a core volunteer group as well as leading to more opportunities to participate in joint efforts to improve regional communities.

Our next plan is to raise awareness of eco-friendly steel material by integrating them into our volunteer activities. Recently, our members installed the artificial steel reef “Triton” in the waters of Guman-yi ri Dae-bo myun. We were surprised to see the marine ecosystem recovering rapidly due to the swift growth of marine algae following the installment of Triton. We also plan to make efforts to improve the fishing economy.

‘Triton’ was named after a sea-god from ancient Greek mythology, who controlled all ocean. The key to Triton was something called a Steel Slag. It is a by-product of molten metal from melting iron ore, soft coal, limestone—the three ingredients for producing steel—in extremely high temperature. Steel Slag is an eco-friendly resource that can be widely used for many purposes such as cement, manures, and aggregates. POSCO’s ‘Triton’ is a low-carbon fish reef using such Steel Slag. It creates a healthy environment for marine life to flourish, by attracting the accession of marine plants in the area. [/box]