Revving Up for Growth: India’s Automotive Market is In Full Gear

Global Outlook on the Automotive Industry

Their 2016 report, Automotive revolution – perspective towards 2030, offered a similar outlook. Overall global car sales will continue to grow, but at about a 2 percent growth rate, down 1.6 percent from the last five years. New market trends such as electric/autonomous vehicles, shared mobility and stricter environmental regulations will disrupt the market with new challenges and opportunities, but what remains constant is that the majority of growth in global automotive sales will be lead by the rising middle class of emerging markets, namely in India and China. 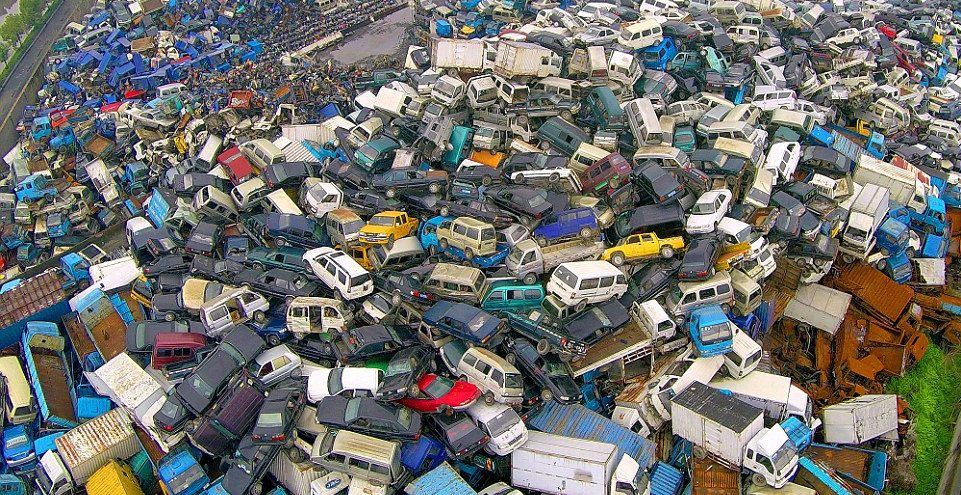 Thousands of vehicles are scrapped in the Chinese government’s efforts to reduce emissions. (Source: The Daily Mail)

Subsequently, China reached record vehicle sales in 2016. However, in April 2017, it recorded the lowest number of sales in the past two years for passenger cars, down 3.7 percent from 2015. This follows a national sales tax rise early in 2017 to 7.5 percent, coupled with a general decrease in demand for cars as consumption is reaching a plateau. Moreover, China’s sales tax will increase again to 10 percent in 2018.

Unlike China, India’s automotive market shows little signs of slowing down. India is now the world’s fastest growing economy as their GDP is projected to increase by 7.2 percent from 2017 to 2018. Their middle class is estimated to triple by 2025, reaching 89 million households.

The government of India is looking to the automotive industry to lead India’s economic growth, as outlined in its Automotive Mission Plan for 2016-2026 and “Make in India” initiative. Under such plans, the government will work towards creating an additional 65 million jobs in the automotive market and a 500 percent increase in vehicle exports by 2026.

It’s no surprise that Foreign Direct Investment (FDI) is pouring in. From 2000 to 2016, India’s automotive industry alone attracted USD 15.79 billion in FDI. For investors, India’s growing middle class of consumers is as attractive as their vast and low-cost labor.

The POSCO Maharashtra Plant in India

In May of this year, POSCO Maharashtra signed a MoU with Essar Steel to supply 1.1 million tons of flat steel products during the 2017 fiscal year. This is the second year of partnership between the two companies, but the volume of steel POSCO Maharashtra will supply is 30 percent higher than in 2016.

The growing business reflects the work philosophy of POSCO Maharashtra employees: “If [we] supply quality material, they’ll come back again and again. So that’s what we’re doing right now. Although our products might be priced a bit higher in the Indian market, we are supplying quality material and our customers continue to be loyal because they understand that value.”- Chetan Waghchoure, sales representative for POSCO Maharashtra. Read the full interview here.

POSCO Maharashtra is taking full advantage of the thriving automotive industry in India and continues to expand its business by reducing production and inventory costs, increasing performance and efficiency and planning to incorporate AI technology into their future production processes.

Market indicators point to India to drive the profitability of the automotive industry. India’s growing consumption of vehicles, open business environment and vast labor force will continue to attract foreign investment and new businesses. The best part is that India is not even close to being fully developed, meaning brighter prospects for future growth and good news for manufacturers and suppliers.