One of the keywords for future energy trend is ‘sustainability’. Conserving resources as well as generating renewable energy are essential criteria when developing any market product. Solar energy is especially notable as a cost-effective and almost inexhaustible resource. These advantages encouraged varying techniques that maximize the use of energy from the sun. And, above all, the endurance factor is essential in building quality solar energy structures. This is where POSCO’s original invention, PosMAC comes into play, with unprecedented qualities garnering worldwide attention.

Tolerance against corrosion is crucial for maintaining a long-lasting solar energy generating system. Once installed, the solar panel and its frame structures are exposed to external forces which can reduce electric power generation. To withstand exposure to wind, water, and salt, PosMAC was invented as a revolutionary coating layer that significantly increases the resistance to corrosion. 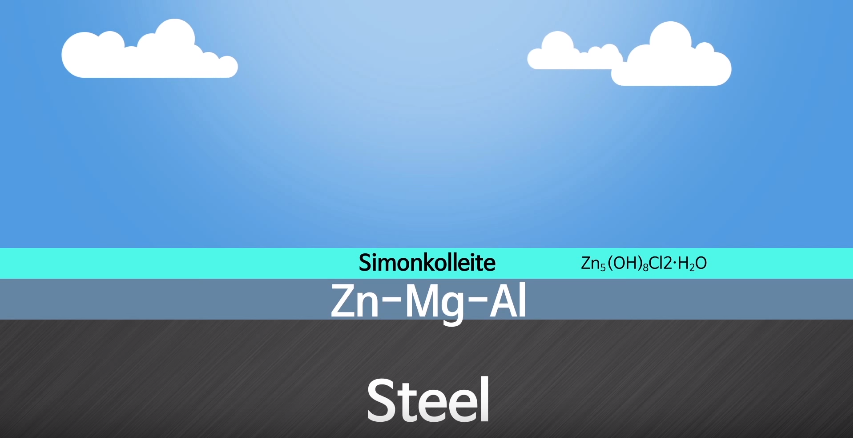 PosMAC stands for POSCO Magnesium Aluminum alloy Coating. Its oxidized layer called ‘Simonkolleite,’ the coating material of the steel that is composed of zinc, magnesium and aluminum that shows five to ten times higher tolerance against corrosion compared to that of other market steels. Beyond such highly competitive performance, PosMAC is cost-effective, providing a long-term financial benefit for both manufacturing and consuming parties. These secure and competitive qualities are key to PosMAC’s trendsetting role in the sustainability movement, reaching the growing solar energy market around the world.

The sales of PosMAC used for solar structures have been growing doubles each year since its public release in 2013. Domestically, the application of PosMAC is sought through Solution Marketing with solar support structure manufacturing companies including AJU STEEL, Daedong, NEMO ENG, and JEJU TOP SOLAR.

In the global arena, POSCO is engaging in worldwide conferences to publicize PosMAC’s advanced technology. A recent showcase was on May 21 where POSCO participated in the annual Mexican International Renewable Energy Congress, ‘MIREC WEEK 2018’ in Mexico, one of the biggest renewable energy conferences in the world. As the sole steel manufacturing participant, PosMAC’s broad capacity was successfully promoted to major solar EPC (Engineering, Procurement, Construction) companies such as NEXTracker, Soltec, and Axial. 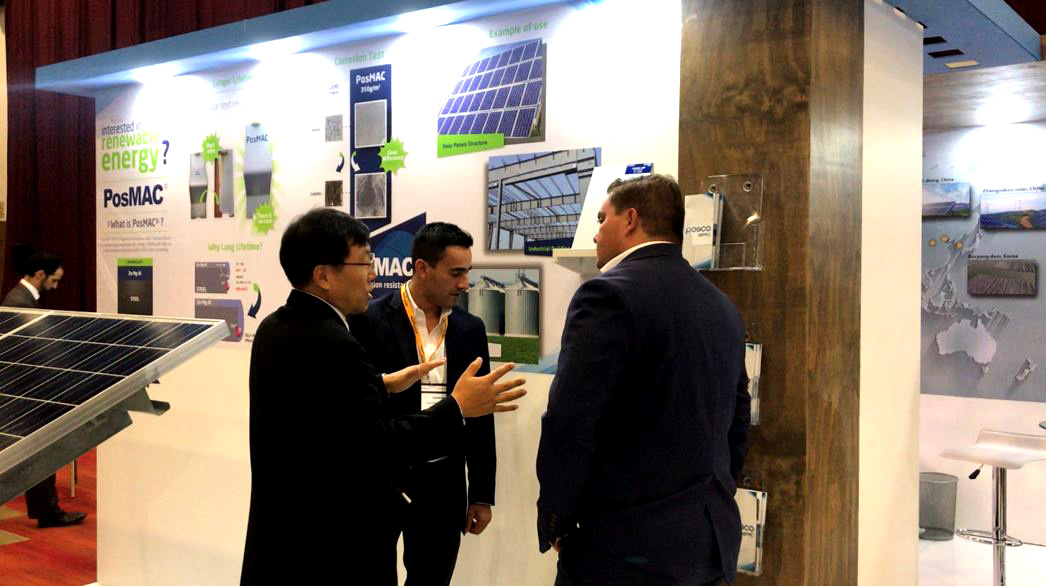 One of POSCO’s successful Solution Marketing is observed in joint efforts with AJU STEEL Company. AJU STEEL recognized the innovative traits of PosMAC, not long since its release, and identified various areas that would benefit from PosMAC’s outstanding durability.

PosMAC showed great performance particularly in Jeju Island, Korea where there is a higher degree of salinity, humidity and wind that accelerate steel corrosion. These rough environmental conditions had adverse effects on the durability of agricultural facilities. In spite of this, with PosMAC’s high endurance performance, AJU STEEL and POSCO sought to effectively prevent facilities from deteriorating in Jeju. With the success of adopting PosMAC in the agricultural structures in Jeju Island, AJU STEEL has constructed several facilities like bell pepper and banana farms making further use of PosMAC technology. It has undeniably contributed to advancement in agricultural structures.

Additionally, in efforts with AJU STEEL, PosMAC is being actively applied to solar structures and its performance is also highly reliable as marine solar panels that are also susceptible to severe external influences. AJU STEEL is further planning to expand the joint business from building structures into smart farming facilities, eventually seeking export outlets.

PosMAC has proven to be inevitable in building advanced structures which is the backbone of generating sustainable solar energy and bringing agricultural advancement. As such, POSCO has been marked as a dominant pioneer not only in resolving the structural problems of facilities but of continuously creating better living standards actively by encouraging and creating superior infrastructure.