POSCO received approval from DNV*, the world’s leading certification authority in the energy sector, as the first global steel company to produce plate for wind power.
* DNV (Det Norske Veritas): As the world’s leading accredited registrar and classification society for the energy sector, it evaluates and certifies safety from materials to technical design, focusing on the energy, oil and gas, shipbuilding and marine industry.

DNV intensively inspected and evaluated the quality management system, production process and facilities, product testing facility, and related certifications of the Gwangyang Works’ plate plant, which produces eco-friendly Greenable* plates for about three months and approved it as a ‘Shop approval in renewable energy’ in July.
*Greenable: POSCO’s integrated brand of eco-friendly and high-performance steel products and solutions that is applied when producing, transporting, and storing future eco-friendly energy such as wind power, solar power, and hydrogen

Recently, as wind towers have become larger, the thickness of the plate is generally increased to support the load of the structure but POSCO’s uniform yield point plate for wind towers can maintain 355 MPa strength up to 100mm thick, reducing the use of steel by about 3% when applied to wind towers of 10MW or more.

Wind tower turbine designers had previously had no choice but to design with the yield point for each thickness specified in the European standard but this certification laid an institutional foundation for reflecting POSCO’s plate products with uniform yield point in structural design.

In particular, POSCO can provide a solution to cope with the increase in the quantity required due to the increase in the wind turbine size and the raw material price because the manufacturing cost does not differ much compared to the existing steel materials. It is also expected to be able to meet the recent demand required by the wind industry to reduce production costs per power unit (LCOE, Levelized Cost of Electricity).

Eul-son Park, Head of Energy and Shipbuilding Materials Marketing Office of POSCO attended the certification plaque award ceremony on the 26th and said, “We will establish a supply system of high functional plates for wind such as processing certification of plate products for substructures with improved performance.” “In the future, the customer expects to be able to reduce the use of steel for towers and substructures by about 10% under the same design conditions,” he added.

Recently, the wind energy market is growing at an average annual rate of about 6.6%, mainly offshore wind power. POSCO plans to actively preoccupy the rapidly increasing global demand for offshore wind power steel based on technology and solution marketing demonstrated in the offshore plant market, while continuously developing eco-friendly customized steel materials to contribute to reducing carbon emissions of customers. 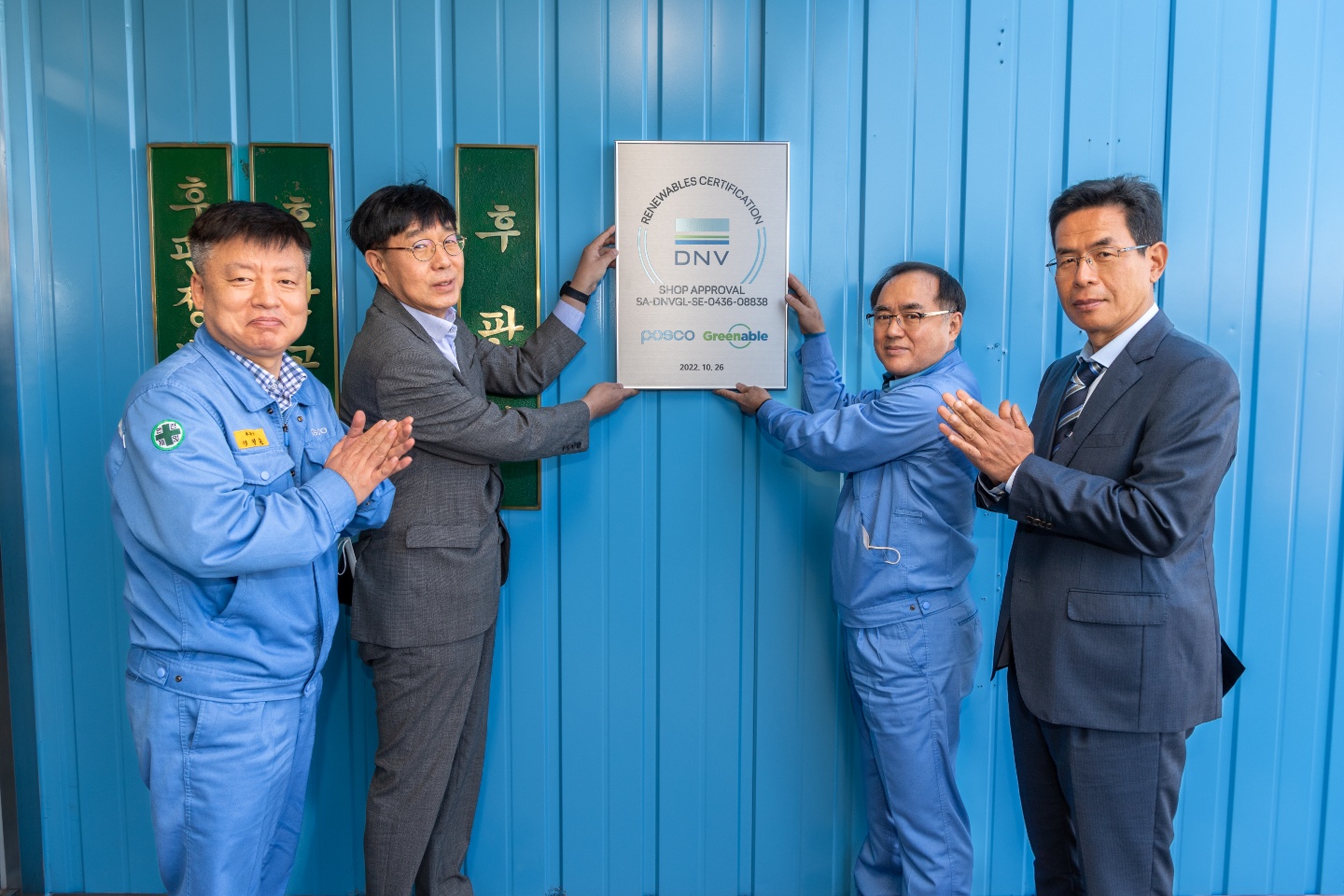 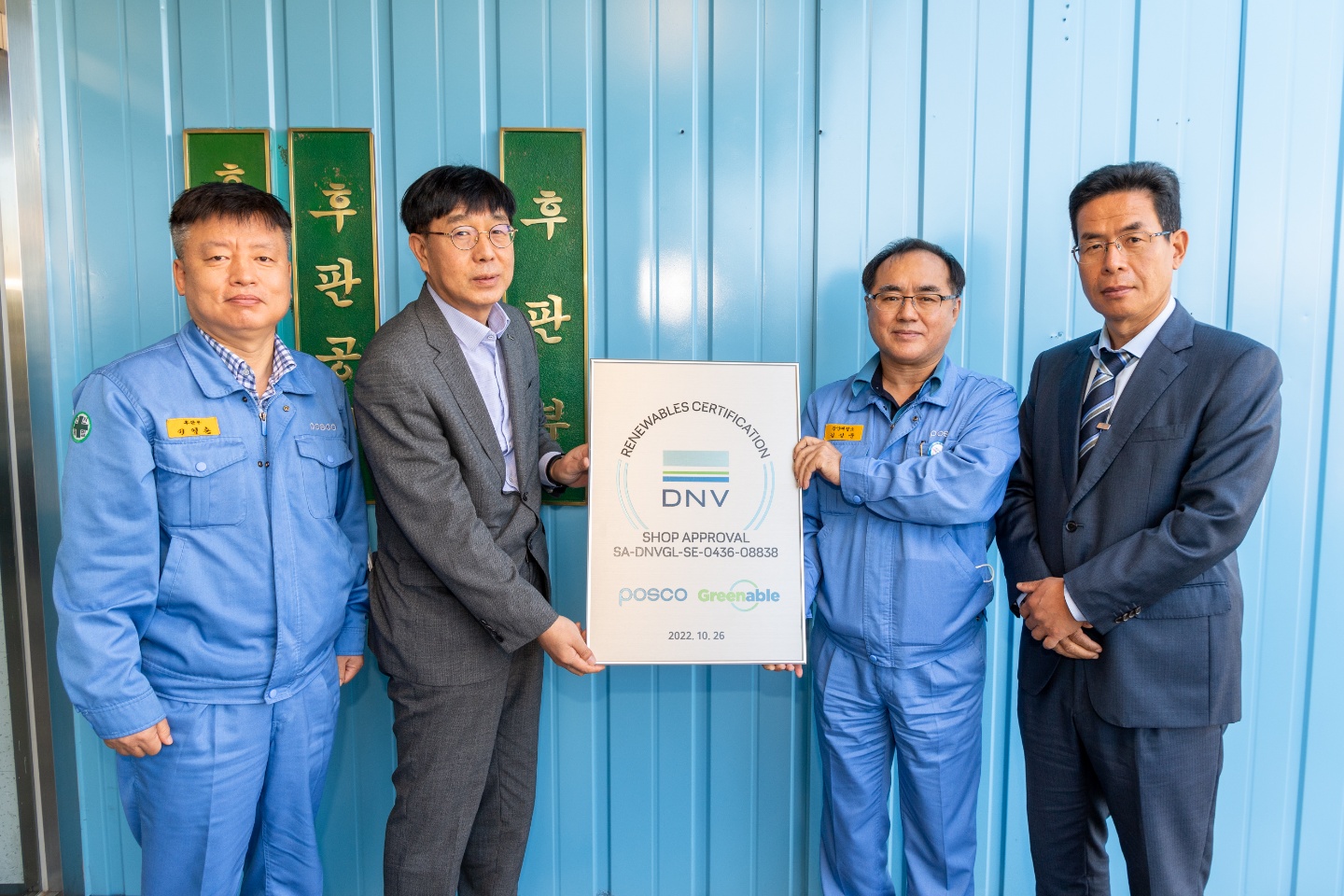