POSCO labor union and its management have agreed to freeze wages for 2020.

POSCO Labor Union, the representative union for collective bargaining, put the company’s 2020 wage proposal to a vote on August 31 and 93.44% of the unionized workers were in favor of the offer.

In exchange, the approved proposal includes the following as well: 1) job security, 2) traditional market gift certificates worth of 500,000 KRW, 3) improvements in the company rules regarding childbirth & parenting, and 4) suspension of the temporary workplace closures.

POSCO Labor Union held a representative meeting on August 11 and decided to entrust this year’s wage negotiation to the company so that employees help overcome the current sluggish economy caused by the COVID-19 pandemic. Accordingly, POSCO prepared and delivered the 2020 wage agreement proposal on August 13.

POSCO decided to freeze the basic wage, taking into account its unfavorable business performance this year. On the other hand, the company is to guarantee its employment to relieve job insecurity triggered by the COVID-19 issue.

In addition, POSCO plans to provide all employees with traditional market gift certificates worth 500,000 KRW to boost employee morale and revitalize the local economy.

As to resolve the social issue of low birth rate, POSCO will increase the maternity benefit for firstborns from 1 million KRW to 2 million KRW. Furthermore, to improve the social awareness of adoption and celebrate a new family, the company will establish an adoption support fund of 2 million KRW. POSCO will also expand the targets of scholarships for employees’ children from kindergarten to daycare centers.

Meanwhile, POSCO had temporarily shut down certain sites since June, paying 70% of the average wage, but due to recent recovery of orders and the efforts of employees, the company decided to cease its temporary closure. POSCO labor union and management held the signing ceremony for the 2020 wage agreement at its HQ in Pohang on September 1. 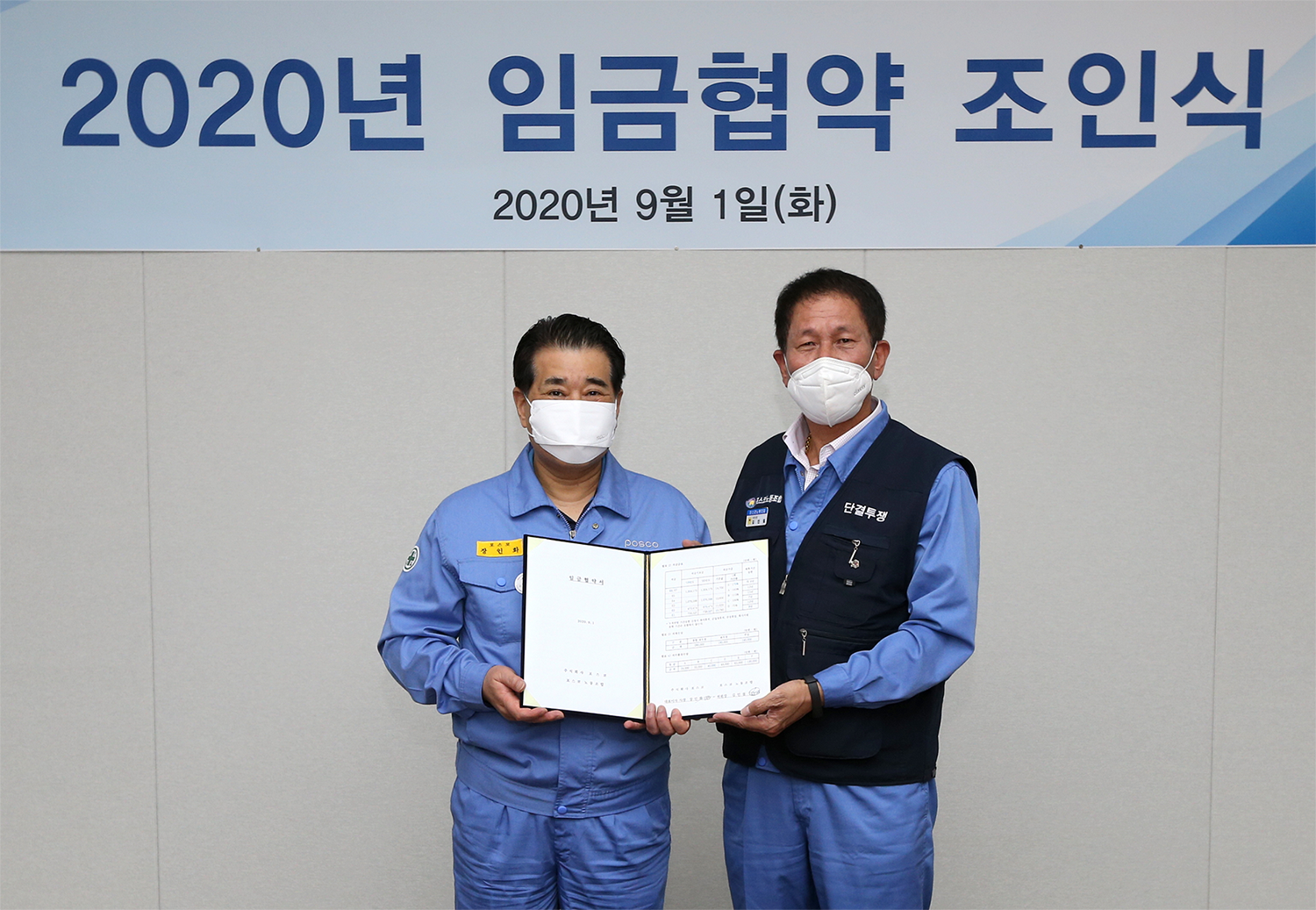