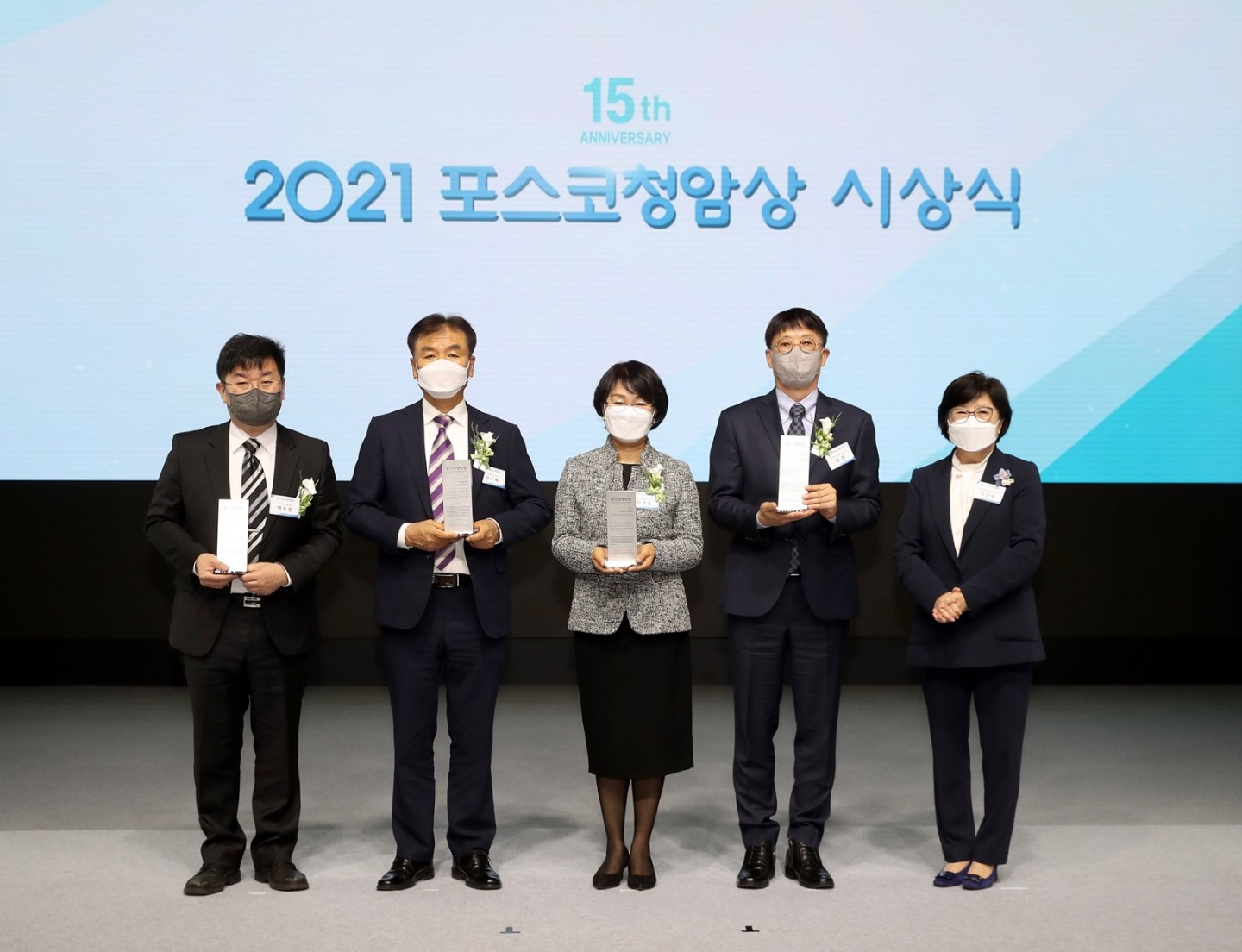 At the Awards Ceremony, it announced KAIST Chemistry Professor Mu-Hyun Baik for the Science Award, Sacheon Yongnam Middle School for the Education Award, Children’s Welfare Action Association Seum for the Community Development&Philanthropy Award, and CEO of i3system Han Chung for the Technology Award and gave trophies and 200 million won in prize money for each category.

The chairman of POSCO TJ Park Sun-Uk Kim said in a welcoming speech, ” POSCO TJ Park will continue to discover and support those who are creatively and devotedly challenging the challenges faced by humanity.” “We will try to enrich our society by finding and supporting those who strive for a better world.” she added.

The winner of Science Award Mu-Hyun Baik, a professor of chemistry at KAIST, established a mechanism that enables better catalyst development through new development of computational chemistry methodology using computers and he is a pioneer of transformational research that has presented an innovative paradigm for predicting and designing various chemical reactions.

Yongnam Middle School in Sacheon, Gyeongnam, an Education Award winner has made innovative changes in the educational space with teachers’ active innovation efforts and enthusiastic participation and support from students, parents, and local governments at a risk of being closed down due to the local population decline. They also presented a successful future model of schools in farming and fishing through the introduction of a future-oriented digital education method.

Children’s Welfare Action Association Seum, a Community Development & Philanthropy Award-winning organization, was highly acclaimed for its leading role in promoting diverse humanitarian activities to support prisoners’ children and families in the blind spot of human rights in our society, as well as increasing social awareness and changing the system to establish a social support base.

This year’s Awards Ceremony was attended by at least a few people, including winners and officials of the POSCO TJ Park Awards Ceremony due to the issue of Covid-19, but many people were able to participate in the Awards Ceremony online by broadcasting the entire ceremony live on YouTube channels.