POSCO Gwangyang Steelworks has completed its renovation of ‘Furnace 1’ after 108 days of repair works. The operation could be defined as the outcome of POSCO’s 50 years of fine technologies, leading the standards of Korean and global steel manufacturing industries. ‘Hello, POSCO’ visited Gwangyang Steelworks to celebrate the completion of the world’s biggest furnace ever constructed by mankind.

Since the initial construction in April 1987, Gwangyang Steelworks’ Furnace 1 extended its size from 3,800㎥ to 3,950㎥ when the second renovation was completed. After its third enhancement made in this year, Furnace 1’s volume now reaches 6,000㎥, bigger than the previously world’s largest furnace (5,800㎥) built by Shagang Group in China. Without a doubt, Furnace 1 at Gwangyang Steelworks is now the greatest furnace every built. 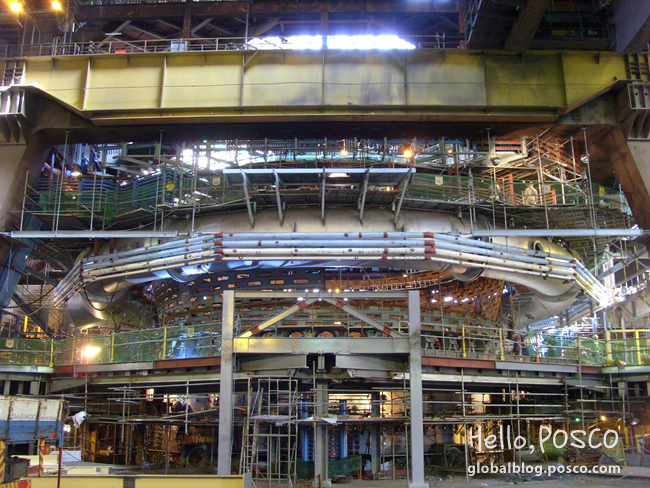 It is indeed a remarkable accomplishment not only for POSCO but also for Korea. POSCO started its steelmaking operation back in 1968 under an unimaginably harsh local condition. In the 1960s, there was no raw material, capital and technology to utilize in Korea. POSCO was able to stand on its own feet by receiving loans and technologies from foreign companies in line with the government’s ambitious plan to boost the economy. After 20 years, POSCO constructed Furnace 1 at Gwangyang Steelworks with the company’s own technologies. Now, the very same furnace has been reborn as the world’s biggest furnace. Isn’t it just amazing? 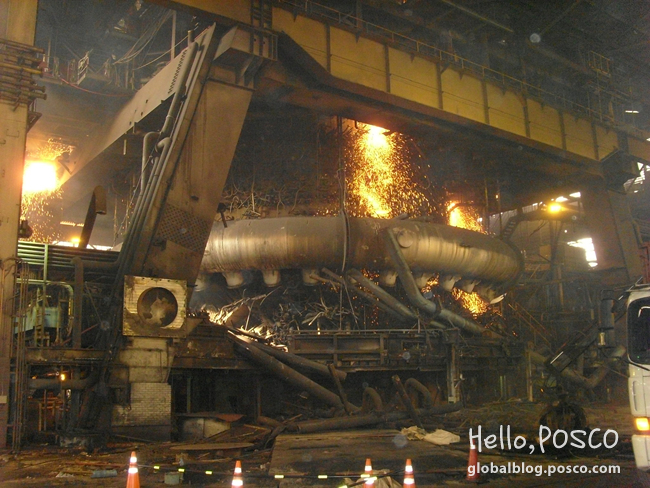 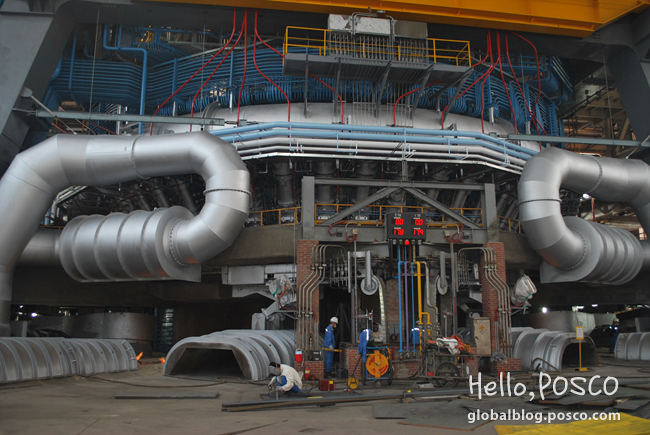 When a furnace is built, the fire inside is not put off for a single time over about 15 years. Once the lifespan is completed, a repair work is required to completely renew the furnace. The technologies involved in the repair operation are countless as they determine life expectancy, volume and productivity of furnaces. 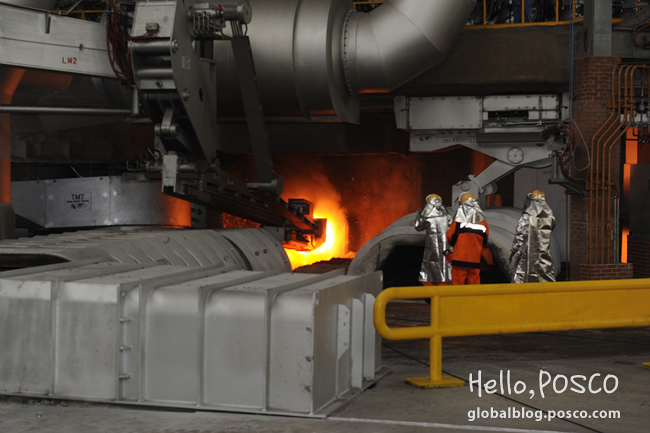 POSCO used a new cooling system to minimize damages on the furnace during the repair. POSTECH and RIST worked with POSCO to develop the new technology, which is anticipated to extend the lifespan of Furnace 1. Also, another cutting edge technology has been embedded to Furnace 1 by inputting more reducing gas into the furnace. It will boost the amount of molten metal up to 2.50t/d.㎥. Because it is also an efficient technology, POSCO is expecting to save about KRW 1,000 billion a year for molten iron manufacturing costs. 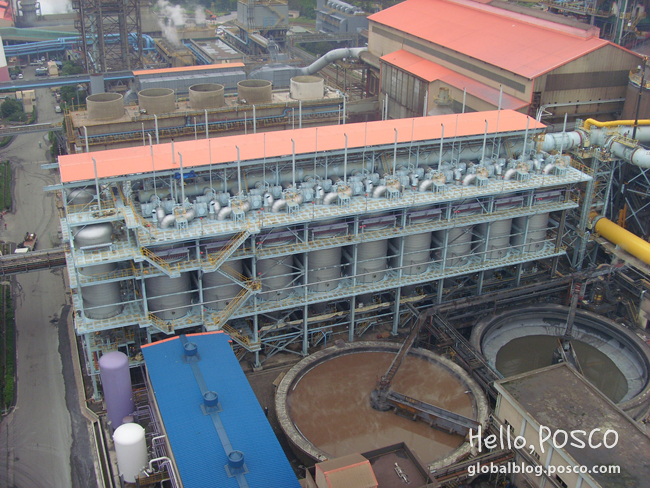 For the first time in Korea, a dry-based dust collector was used for Furnace 1 as well, enabling us to recover more energy by using high-pressure gas exhaled from the furnace. It will also save us KRW 1.3 billion a year. A non-steam quenched blast equipment was also casted to cool down slags with less electricity, water, unpleasant smells and dusts.

During the ceremony, POSCO’s Chief Executive Officer and Chairman Chung Joon-yang delivered a speech saying, “Gwangyang Steelworks’ Furnace 1 is the mixture of our finest technologies over shaft operation, material quality control and facility management. It has become the symbol of POSCO’s ‘World Best’ and World First’ top quality molten metal manufacturing process.” Chairman Chung also added, “I would like to thank all of you for your continuous supports and loves towards POSCO. Moving forward, we will consistently cooperate with our partners for mutual development to overcome the sluggish economy.” 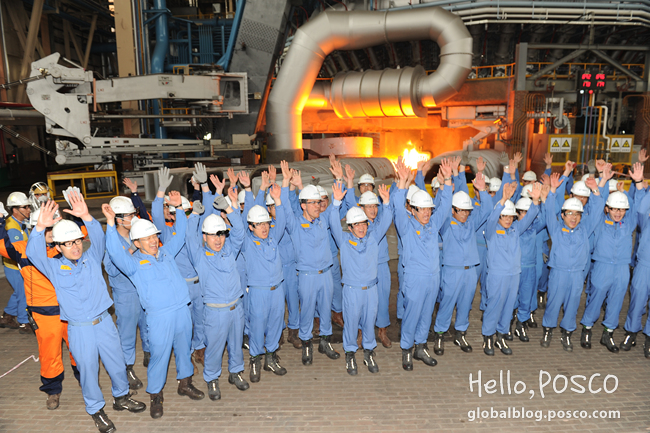 “The world’s largest furnace pouring out world’s best molten metals,” doesn’t it sound so exciting? POSCO’s latest accomplishment with Furnace 1 at Gwangyang Steelworks was only possible with POSCO employees’ sweat and effort, and also the supports from all of you. POSCO will not be satisfied with the success and continue engaging with more World Best and World First operations to become the more loveable and respectable cooperation.