POSCO proves itself as World’s No. 1 steelmaker, again.

The steel industry has been reeling under a sluggish demand since the economic crisis affecting virtually every area of business around the globe. So-called ‘New Normal’ trend seems to dominate not only the outlook for steel products but others as well with dented growth rates and decreasing demands. In terms of Korea’s steelmakers, last year’s scene did not illustrate positive signs of a recovery. From the beginning of 2012, Korea’s domestic steel industry was expected to post a record-low growth given the economic downturns and shrinking metal demands in the developing nations. It was to be the worst year for steel industry since the 2009 financial crisis. 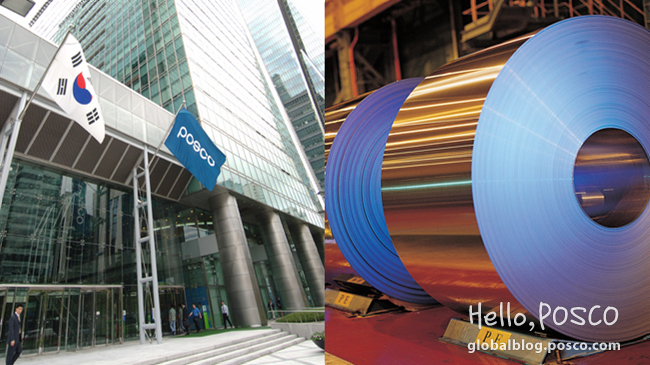 However, POSCO was somewhat different. The Korean steel giant demonstrated a true strength in this doomed age, through achieving a higher operating profit than ArcelorMittal, Baoshan Steel and Nippon Steel Corporation by 2 to 6 percent in the first three quarters of 2012. It was possible because POSCO had secured a lucrative profitability by focusing on developing distinctive product lines and cost reduction. In fact, POSCO’s high added value products, such as ‘World First’ and ‘World Best’ lines, have shown increases in sales from the 2Q 2012. The exports of steel sheets for automobiles and the sales of thick plates for energy-use have also surged higher than the previous year.

POSCO’s financial position also reflects its fine fitness. In the 3Q 2012, its debt ratio narrowed down to 35.9 percent, 4.3 percent lower figure year-on-year, and a ratio of net worth was increased by 2.3 percent. POSCO’s credit rating excels other steel makers on the basis of such figures. POSCO is rated the highest, amongst its steelmaker competitors, by Fitch IBCA, Moody’s and the Standard & Poor’s, the world’s three major credit rating agencies. It indicates, amidst the global economic downturn, POSCO has achieved stable profits and a sound financial structure as well as presenting an optimistic growth potential. 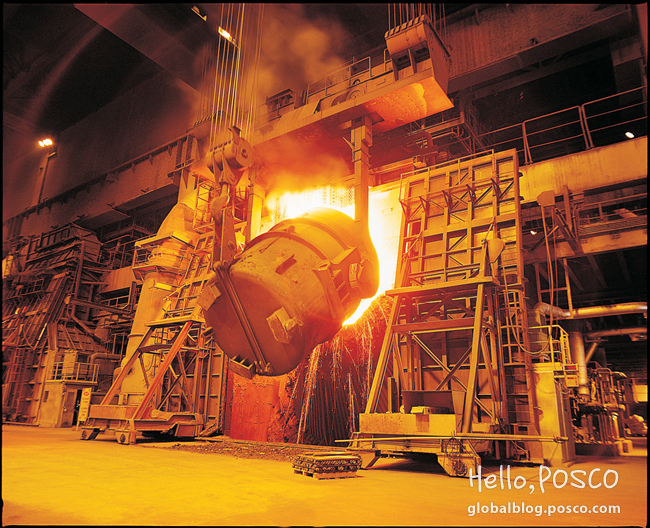 In June 2012, the World Steel Dynamics (WSD), a leading steel information institute, has awarded POSCO as ‘World’s Most Competitive Steelmaker’ for 3 consecutive years. The World Economic Forum in Davos ranked POSCO at 30th in ‘the Global 100 Most Sustainable Corporations’ in January 2012. These facts and figures reflect POSCO’s globally recognized superior innovation in technologies, production scale, profitability and price power. Once again, POSCO proved itself to be the No. 1 steelmaker of the world.

For POSCO, 2013 looks even brighter. According to the Korea Iron and Steel Association (KISA) and POSCO Research Institute (POSRI), Korean steel industry is anticipated to enjoy a much optimistic year. From the second half of 2013, an expansion in the investments for China’s infrastructure with the nation’s new government and a recovery of the U.S.’s economy is forecasted to take place. They are highly positive factors for POSCO’s another triumphant business year. Kyung-joong Kim, a steel industry analyst of Eugene Investment and Securities, commented “POSCO is increasing its emphasis on providing highly profitable and fine quality products such as steel sheets for car manufactures and energy business from the current 34 percent.” “It seems the firm will be benefiting from a higher profitability than its competitors in 2013,” he added.