l On April 21, POSCO won steelChallenge for the second consecutive year — adding up to a total of three wins — and currently holds the record for the most wins by a single corporate
l World Champion Keun-Hak Kim of POSCO says, “My dream of becoming World Champion was possible thanks to the support from POSCO. I wish I can contribute to the advancement of Korea’s steel technology in the future”

The World Championship of the 14th steelChallenge took place on April 21 and POSCO’s Keun-Hak Kim took home the top prize. steelChallenge is a simulated steelmaking competition organized by the World Steel Association (worldsteel). As of this year, POSCO has won the competition for two years in a row, taking the World Champion title three times — the most number of times for a single corporate.

Since 2005, worldsteel has held steelChallenge annually for students and steel industry people across the globe. Participants can test their skills and enhance their competency at the competition. By using sophisticated online process simulations, they must produce a grade of steel meeting technical requirements at the lowest cost per ton. steelChallenge is a world-class competition that takes place over two rounds — the Regional and then, the World Championship.

This year’s winning trophy went to POSCO’s Keun-Hak Kim, who is currently working in the Continuous Casting Technology Development Section of Gwangyang Works. Kim advanced to the final stage of the World Championship in November last year as the regional winner of East Asia. The regional round was held in five regions and participated by about 2,000 people from 60 steelmakers in 56 countries. So Kim’s achievement was enough to boost POSCO’s image as well as Korea’s image in the international community.
※ The regional round takes place in the following regions: ① Asia – East and Oceania, ② China, ③ Asia – West, ④ Europe and Africa, and ⑤ Americas.

Keun-Hak Kim of POSCO said, “My seniors gave me lots of advice based on their various experiences and skills, and POSCO supported me all along the way since the regional competition. I was able to win the World Champion thanks to them. In the future, I would like to become a recognized technology expert in steelmaking and continuous casting, and contribute to the development of POSCO and help advance Korea’s steel technology.”

Originally at the World Championship, winners of the regional round gather together for the finals. This year, however, the competition took place online following the social distancing guidelines of health authorities around the world. The challenge this year was to produce high carbon steel with an electric arc furnace and secondary refining operations.

As POSCO’s Keun-Hak Kim won the top prize this year, POSCO has put its name on the World Champion title for the second year in a row following last year’s champion Yong-Tae Kim. POSCO won the championship back in 2006 as well, making the company a three-time-winner — the highest among global steelmakers.

Meanwhile, since 2006, POSCO has been operating an internal competition to enhance employees’ technical capabilities and encourage participation in the steelChallenge competition. 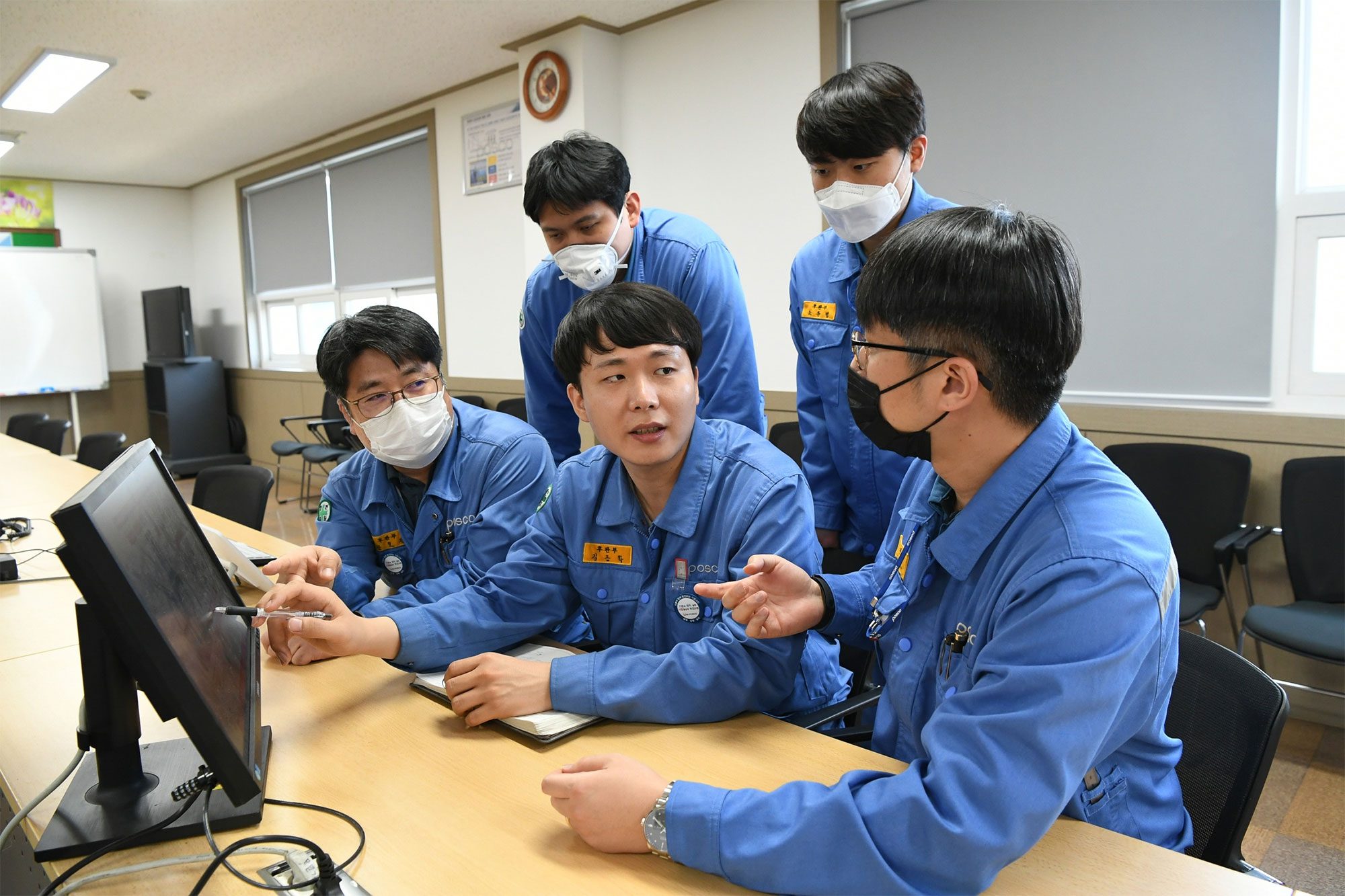 ▲ The 14th steelChallenge World Champion Keun-Hak Kim is preparing for the competition with coworkers.