The Carbon Neutral Committee was launched on March 16… seen as playing roles such as establishing net-zero carbon policies, coordination and decision making

“Most of all, quick decision making is important for POSCO to have a system to actively respond to requests for net-zero carbon by global customer companies and to accelerate the conversion to a carbon neutral production system by 2050,” Vice Chairman & POSCO CEO Kim stressed at the kick-off meeting held on March 16. He said that he will improve the executive ability for carbon neutral by discussing the company’s net-zero carbon strategies in depth through the Carbon Neutral Committee and making timely decisions such as related investments.

Another consultative group that will play a key role to achieve POSCO’s net-zero carbon along with the Carbon Neutral Committee is the Carbon Neutral Green Steel Technology Advisory Panel. The panel, which includes eight external experts who will advise on strategies for work fields such as steel and CCUS technologies, was launched in January to strengthen the roadmap by adding objectivity and professionalism to the Net-Zero Carbon 2050 vision, form an external consensus and seek ways to cooperate with industry-academic collaboration.

The first meeting of the Carbon Neutral Green Steel Technology Advisory Panel was held on March 29 in Pohang, and was attended by Se-don Choo, head of POSCO Technical Research Laboratories, department officials who will play pivotal roles in achieving carbon neutral such as technology and environment, and consultants. They gave presentations and discussed CCUS technology development trends.

In the meeting, the government’s steel preliminary feasibility business and CCUS task progress status were shared and members discussed the possibility of materialization of technology by analyzing cases of overseas CCU technology commercialization and discussed ways to apply it to the steel process.

In the future, POSCO plans to develop innovative low-carbon process technologies based on these two pillars, secure eco-friendly fuel and raw materials, and gradually switch to a green steel production system.

▲ A panoramic view of the conference center where the Carbon Neutral Committee’s first meeting was held on March 16 at POSCO Center in Daechi-dong, Seoul (Vice Chairman & POSCO CEO Hag-dong Kim is on the far left) 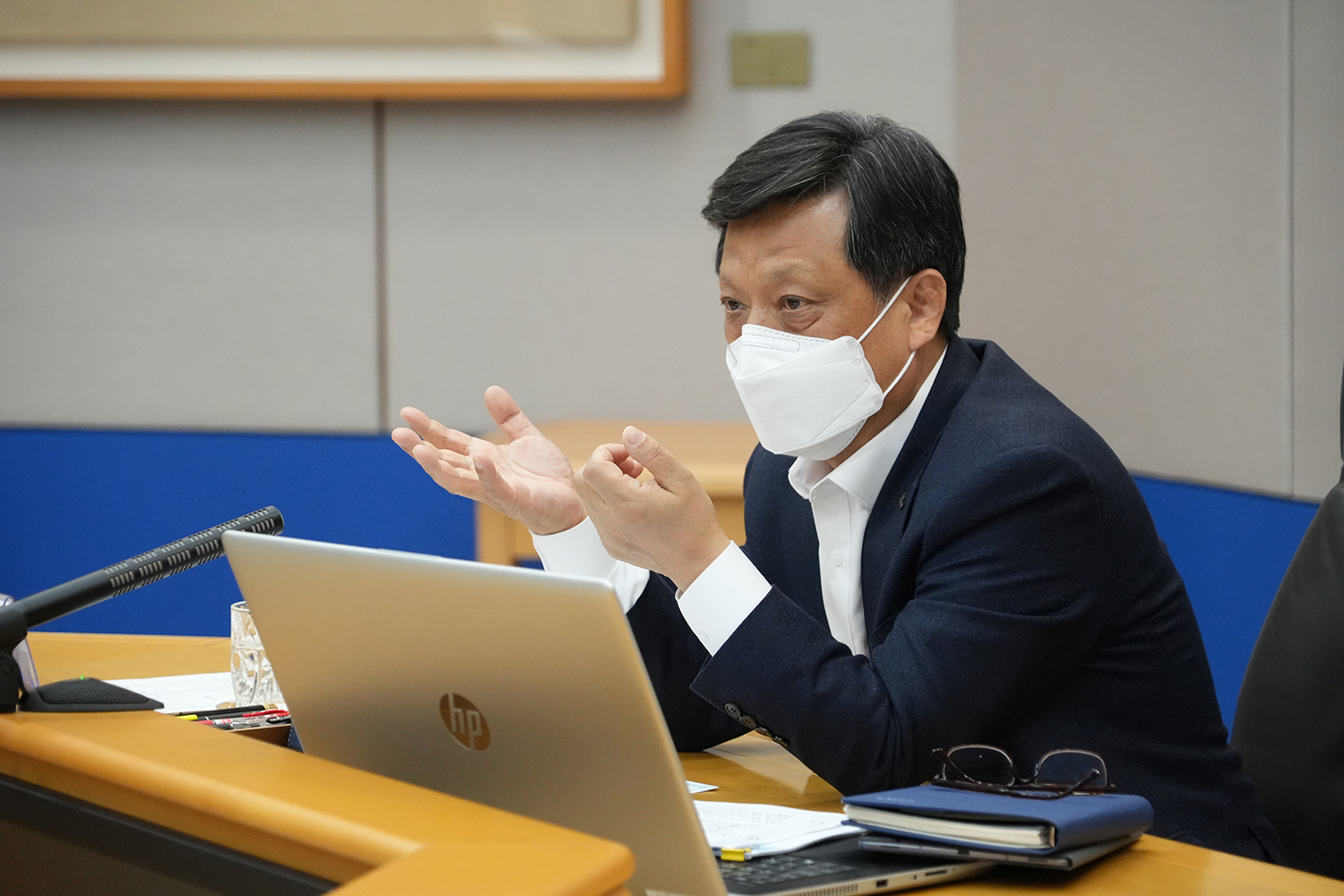 ▲ Vice Chairman & POSCO CEO Hag-dong Kim, who participated in the kick-off meeting of the Carbon Neutral Committee explains to participants how to operate the consultative group and major plans.