POSCO renewed its commitment to boosting competitiveness by proactively seeking new growth opportunities beyond steel units. The company is on the fast track to selectively focusing its resources customized to each specialized sector within the Group.

POSCO’s newsroom provides briefing on the recent restructuring to drive growth in each specific divisions of the company.

ㅣAnode and Cathode Divisions to Integrate Under POSCO Chemical

* The corporate name change, from POSCO Chemtech to POSCO Chemical, is on the voting agenda for the upcoming AGM on March 18.

The most noticeable change is the merge of the company’s secondary battery sectors, the Group’s core new growth engine.

POSCO plans to integrate anode-producing POSCO Chemtech and cathode-making POSCO ESM which will save R&D and marketing expenses and create synergy. The official name change of the merged company, POSCO Chemical, will officially be announced pending the voting result at the upcoming AGM on March 18th.

POSCO launched the lithium-ion anode manufacturing back in 2010 through POSCO Chemtech. In 2011 it ventured into cathode business and had since been operating under the two-company system.

In particular, POSCO Chemtech is expected to launch artificial graphite anode business via its subsidiary, PMC Tech, which can help solidify its market dominance in anode materials along with natural graphite anode market, which the company is already producing.

Infrastructure for a high-capacity anode, used for EV batteries, is also in the works. By 2020, the facilities will be built at the Yulchon Industrial Complex in Gwangyang with an annual capacity of 24,000 tons.

The POSCO Group will establish a general secondary battery material research center to meet increasing demand from customers at home and abroad, thereby expanding the global market share by 20% and achieving 17 trillion KRW (15.22 billion USD) of sales by 2030. 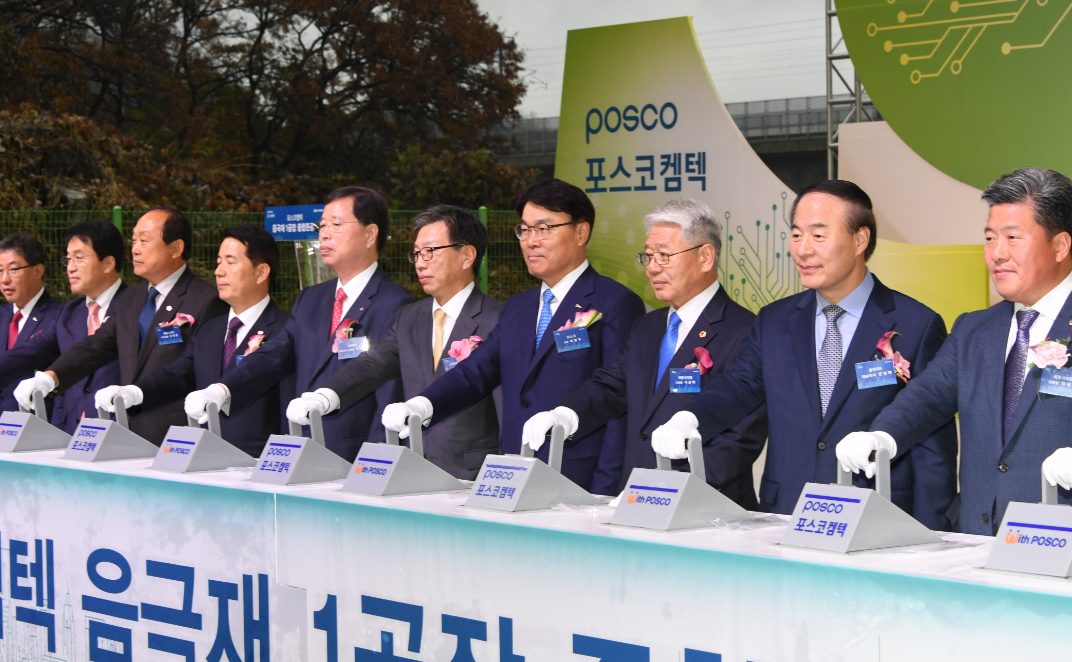 As a result, POSCO E&C will link the previous EPC (Engineering, procurement, and construction) arrangement with O&M. The company will strengthen its competitiveness by securing stable profit base and new business opportunities.

Meanwhile, POSCO completed the merger with POSCO P&S in January to streamline the management of overseas raw material corporations.

POSCO will continue to reorganize its business structures when deemed necessary to create synergies within the group and secure competitiveness specific to each subsidiary, so the Group’s other sectors can drive success comparable to that of the steel sector.