As a part of POSCO’s global New Community Movement campaign, we established an agriculture training facility in Mozambique last year for the next generation farmers in the local area. The initiative is to support their economic independence by teaching them how to farm, sew clothes and breed livestock.

POSCO is providing free sessions for those who cannot afford quality education on regular basis in Mozambique. So far, there have been 50 graduates from the facility and POSCO is expecting 30 more graduates in 2013. The students learn practical techniques for rice farming, making composts and using agricultural machines. They are also living in a dormitory to learn about the core values of diligence, self-help and cooperation, which are the key spirits of New Community Movement. 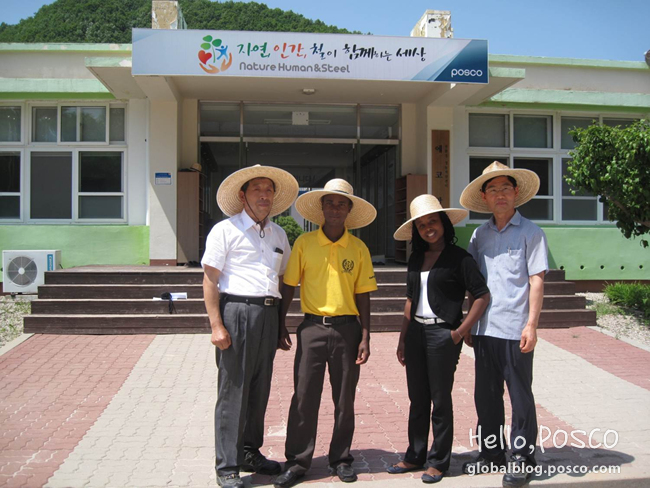 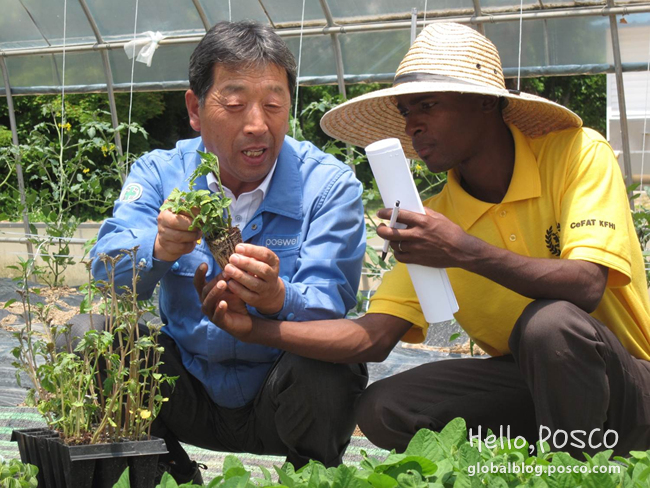 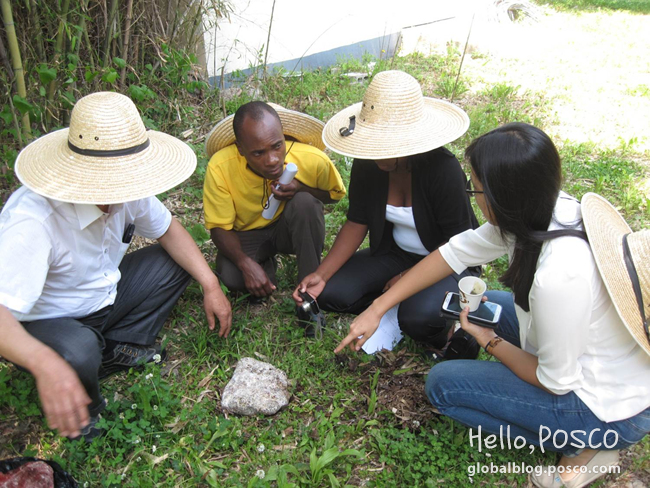 On June 3rd, the two Mozambicans went to Eco Farm, an agricultural education institution founded by POSCO for Korean retirees who wish to return to farming. It was set up in April 2011 and offers various training programs with basic, intermediate and professional curriculums. Armindo and Tamara were very excited to see how Korea’s advanced agricultural technologies were taught and operated there. 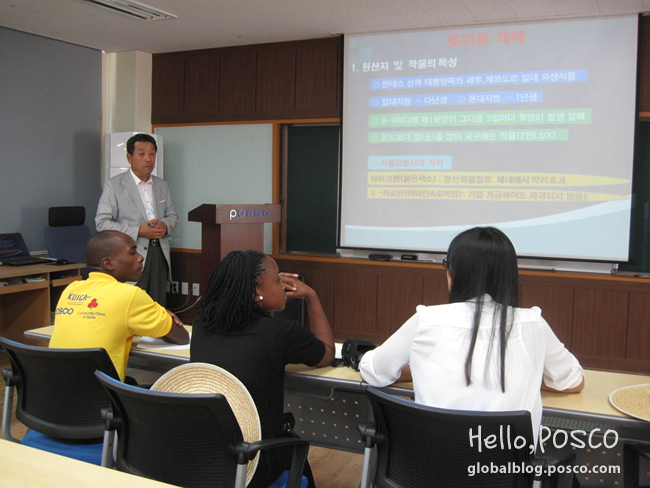 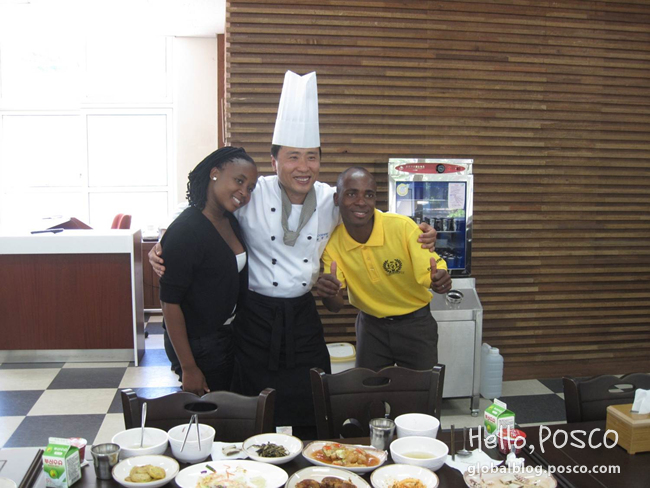 The two students participated in practical trainings on how to make organic fertilizers, to grow tomatoes without seeding and to enhance the harvest productivity by using pest control methods more efficiently. Armindo and Tamara were eager to learn as many techniques as possible so that they can implement them back in Mozambique.

Meeting with Presidents and showing enthusiasm for bright future

On the next day, Armindo and Tamara delivered presentations in front of Mozambique’s president Armando Emílio Guebuza, who was in Korea for a summit with the President of South Korea, Park Geun-hye. They talked about their experiences at Eco Farm and impressions about Korea.

During the presentation in front of the two presidents, Armindo expressed his gratitude for the opportunity POSCO has provided. With the knowledge he learned, Armindo talked about his plan to farm garlics in Mozambique after graduation. “As garlics are not easy to harvest in Mozambique and we import them from overseas, I would like to contribute to Mozambique’s economy by cultivating our own garlics on our own soil,” he said. 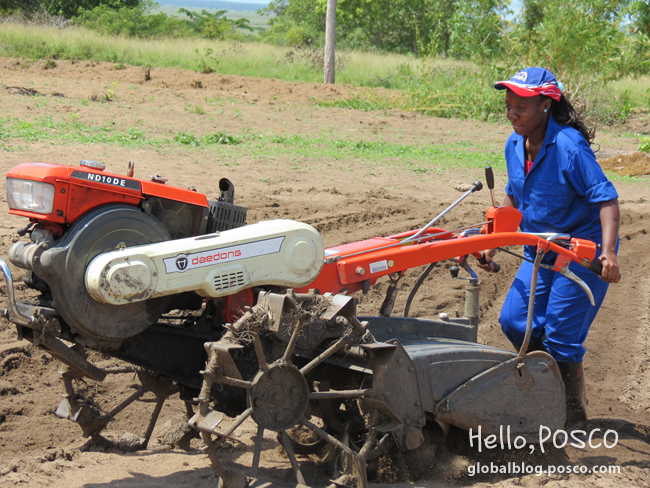 Armindo continued to highlight the knowledge he learned from POSCO’s New Community Movement programs. “I heard Korea was a poor country but was able to achieve such a dramatic development through New Community Movement.” “I learned the three core values of New Community Movement: diligence, self-help and cooperation.” At the end of the presentation, Armindo shared his long-term plan of forming a community in Mozambique, to help those seeking jobs and wanting to learn useful techniques, just like he did at POSCO’s agricultural training facility.

The presentation delivered by the two bright Mozambican students was indeed memorable. They hoped POSCO’s efforts to educate and train the next generation farmers in Mozambique could be a cornerstone for developing Mozambique’s economy in future. ‘Hello, POSCO’ wishes all the best for everyone in Mozambique and we will keep you updated with more stories from this campaign!