On Oct. 7, The board of POSCO Holdings approved investment regarding annual production of 25,000t of lithium…scale of 600,000 electronic vehicle units.

Early investment to respond actively to customer demand for lithium supply…Stages 3 and 4 are also progressing rapidly to produce 100,000t annually

Lithium carbonate will be produced in Argentina, then undergo final processing to lithium hydroxide in Korea

The salt water, ore, and dead battery lithium businesses are expected to produce 300,000t/year by 2030

POSCO Holdings decided to invest in the second stage of a salt water lithium commercialization factory in Argentina.

On Oct. 7, POSCO Holdings reported the second investment business to its board and they approved the production of lithium hydroxide with salt water in Argentina. POSCO Holdings decided to start the second stage of the business now instead of next year due to increased demand for lithium at home and by foreign customers amid booming investment in secondary battery sector with the start of IRA from the United States.

The total amount of the investment is about $1.09 billion (about KRW 1.5 trillion), and financing will be conducted by POSCO Argentina and a newly established domestic corporation.

This investment is equal to 25,000t of lithium hydroxide, and a factory will be built on a salt lake in Argentina, and the production of lithium carbonate for lithium hydroxide for use in final battery manufacturing will begin in the first half of next year and will be completed in the second half of 2025.

The 25,000t of lithium hydroxide produced by the second business is on the scale of 600,000 electronic vehicle units, and it will be supplied to POSCO Chemical and domestic companies.

POSCO Holdings has a plan to speed up investment in the third and fourth stages for early production of 100,000 tons per year of salt water lithium in Argentina to solve the problem of customers’ insufficient supply. Engaging in business of salt water and ore based lithium, waste battery recycling, and so on, POSCO Holdings aims to enter the global top 3 with a production system of 300,000 tons by 2030.

POSCO Group acquired the salt lake in Argentina in advance and the Montgomery & Associates, a global consulting firm specialized in salt water lithium, verified that the estimated deposits of lithium at the lake amounts to 13.5 million tons, six-fold the amount that was initially estimated before the acquisition. Considering mining possibility and yield rate, it is expected to produce a minimum of 2.8 million tons. Construction of the first stage factory, which will produce 25,000 tons annually, began in March 2021 and the target is to complete it by the first half of 2024. 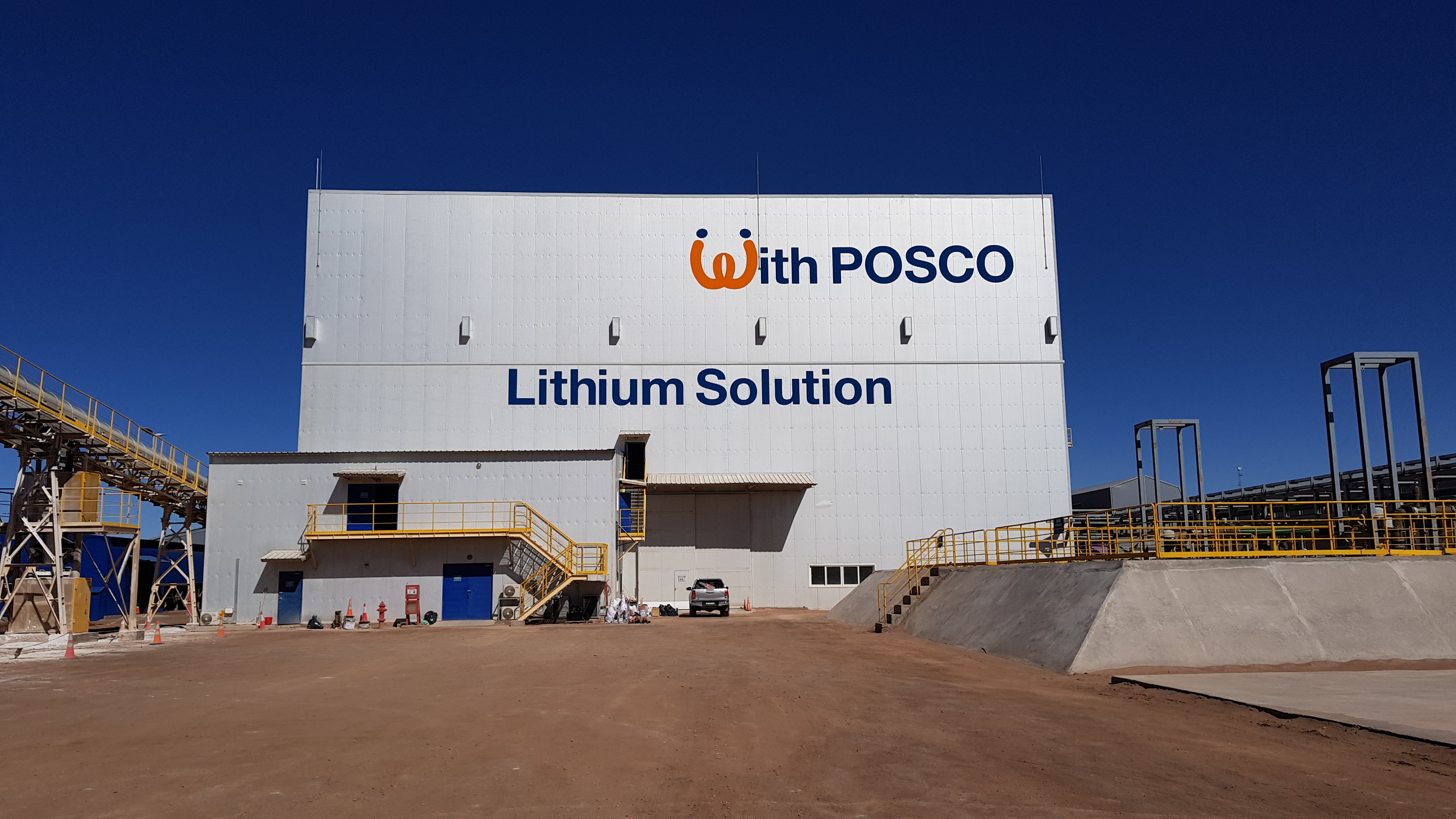 ▲ The trial factory for salt water lithium in Argentina. Lithium is a key material in secondary battery cathode materials. 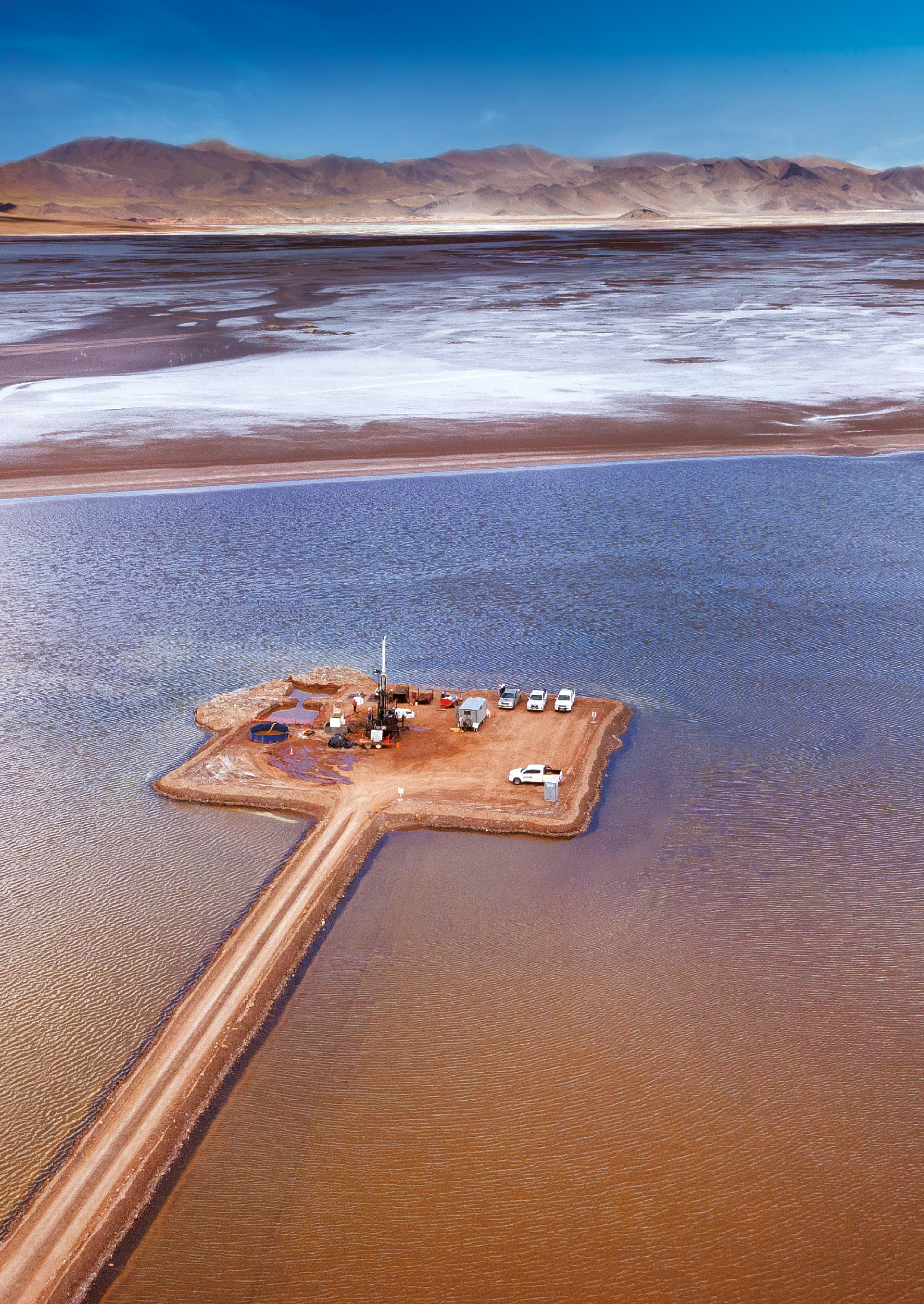 ▲ POSCO is exploring lithium in a salt lake in Argentina.