l Conversion to a holding company structure 54 years after its foundation… The launch ceremony took place on the 2nd at the POSCO Center in Seoul.
l CEO Jeong-woo Choi said, “We will become the global business leader for sustainable future of humanity by enhancing the competitiveness of business companies and developing future growth business with the holding company at the center.”
l POSCO will become a representative future materials company… Goal of achieving more than three times corporate value by 2030 with Real Value management.

POSCO Group converted to a holding company structure in 54 years after its foundation and made its first step toward the future in which it continuously grows into a company lasting a century.

POSCO Holdings Inc., the holding company of POSCO Group, held a launch ceremony on the 2nd with about 80 executives and employees of group companies including CEO Jeong-woo Choi at the POSCO Center in Seoul, Korea.

“Today is the day when the second start-up begins in POSCO’s history. The launch of POSCO Holdings Inc. will become the rebirth of POSCO Group, upon which it will continuously grow into a company lasting a century beyond the success story we have achieved for the past half-century,” CEO Choi said. “Holding companies should pursue flexibility that meets the demands of the era, while companies should have expertise in business that maintains a competitive advantage by field,” he said. Choi asked POSCO to take off as a representative eco-friendly future materials company by enhancing the competitiveness of business and developing future growth businesses.

Also, he said “POSCO Holding Inc. should improve the value of POSCO Group with Real Value management. Real value is the sum of all values created by corporate activities, and includes economic, environmental and social values provided to society as a member of the community. POSCO Holdings Inc. will play the role of a ‘Portfolio Developer’ that develops and fosters future growth engines, ‘Synergy Designer’ that innovates the business structure according to the growth identity of the group and find convergence opportunities between unit businesses, and ‘ESG Leader (Director)’ that leads and coordinates ESG management at the group level by internalizing the Corporate Citizenship management philosophy,” he said, again emphasizing the direction of the holding company.

In particular, the New Experience of Technology Hub will focus on new business R&D and core technology and plans to lead technology development in new technology fields such as A.I., secondary battery, and hydrogen.

The existing steel business unit went through a physical division into POSCO and leads the conversion to an eco-friendly production system such as hydrogen reduction steelmaking and carbon capture, utilization and storage (CCUS). It will solidify global competitiveness with a phased transition to a carbon neutrality production system and establishment of eco-friendly infrastructure.

For its secondary battery material business, POSCO Holding Inc. aims to increase cathode/anode production capacity to 680,000 tons by 2030 based on the partnership with global customer companies and advance into the global top tier by securing leading technologies. For its lithium/nickel business, it plans to start development in earnest using the mine and salt lakes POSCO secured and eco-friendly production technology and will have a production capacity of 220,000 tons for lithium and 140,000 tons for nickel by 2030.

For its hydrogen business, it plans to establish a production system of 500,000 tons by 2030 and 7 million tons by 2050 with the establishment of a blue/green hydrogen global supply chain and development and investment in core technologies. For its energy business, it will accelerate conversion to eco-friendly businesses such as LNG, ammonia, and new renewable energy, while for construction and infrastructure business, it will enhance eco-friendly businesses such as zero energy buildings and modular construction. For its Agri-bio business, it plans to accelerate growth with the diversification of procurement regions and expansion of value chains. 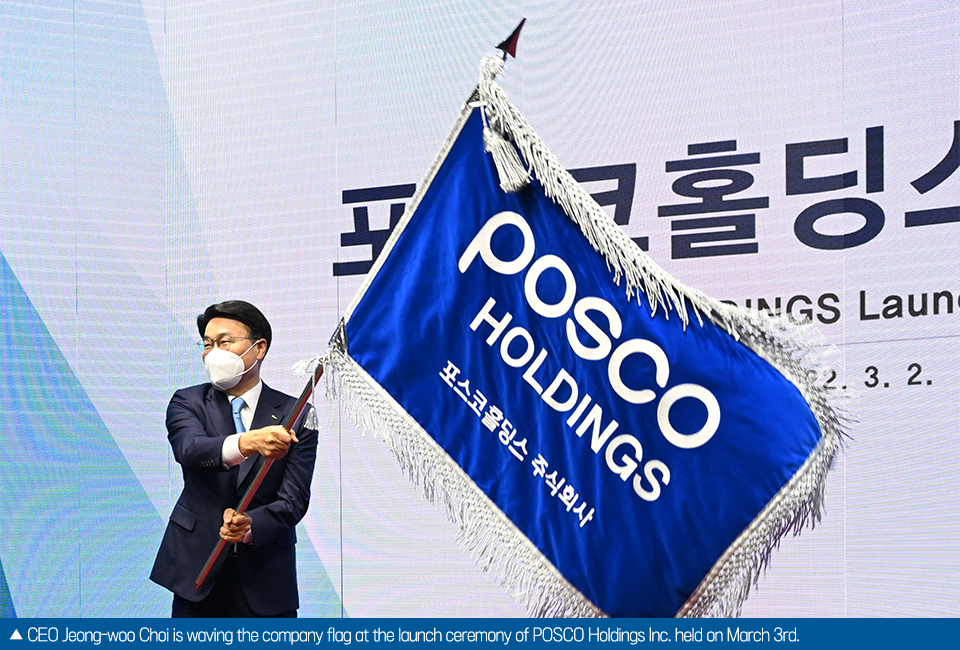 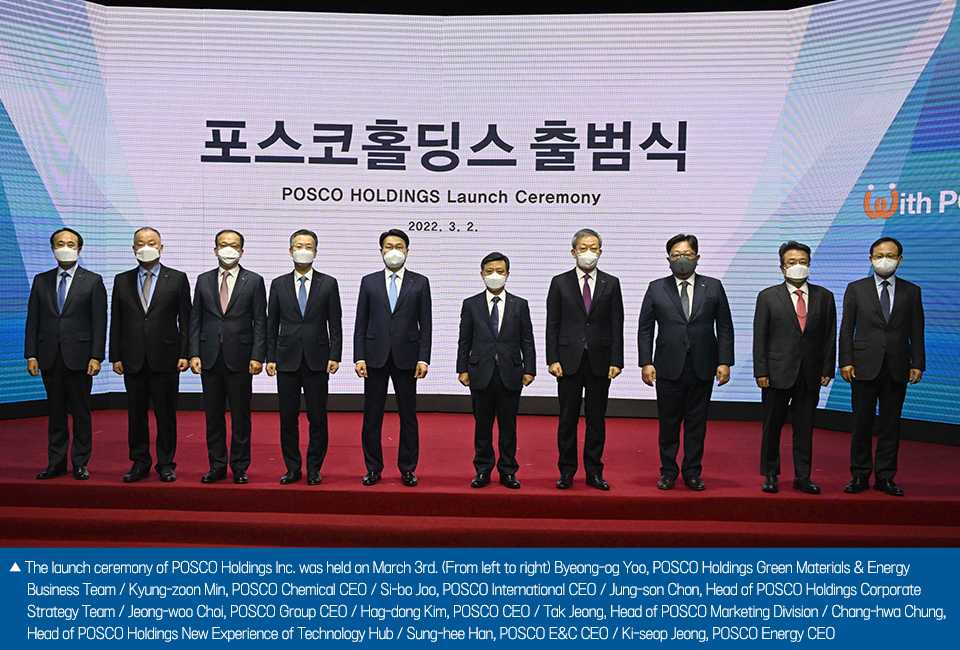