Outside Director Sung-jin Kim Appointed Chairman of the Board

Sohn Sung-kyu, a professor in Yonsei University, and Jin-nyeong Yoo, former president of LG Chem, were newly appointed as outside directors
Outside Director Heui-jae Pahk was reappointed.

On March 18, POSCO Holdings Inc. held the first regular general meeting of stockholders and board of directors after the launch of the holding company, and appointed a representative director, Chairman of the Board, and inside/outside directors. 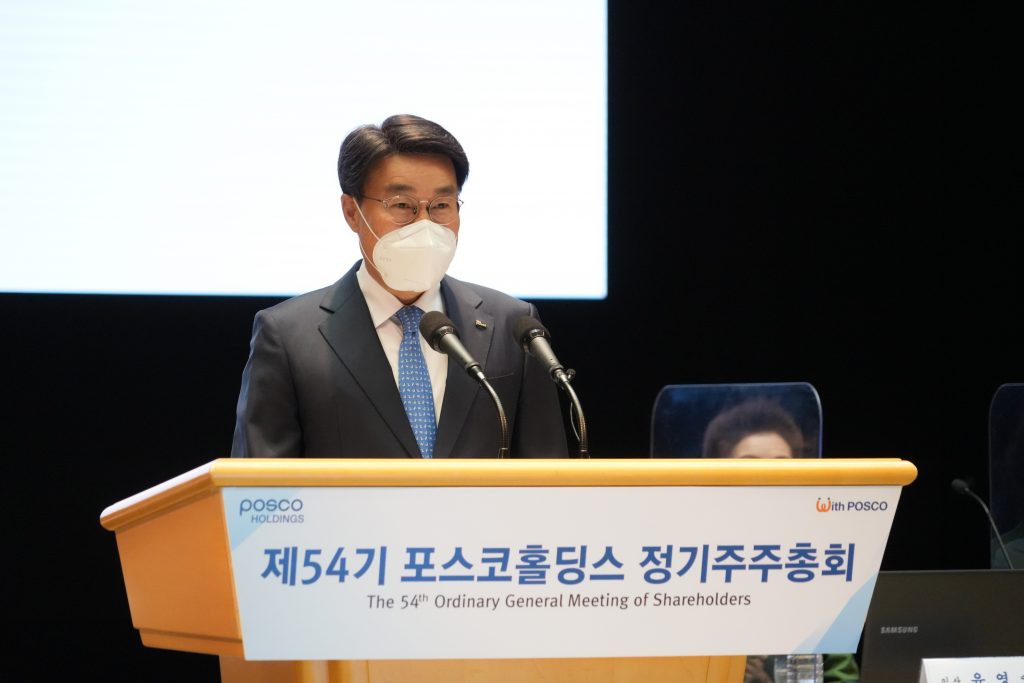 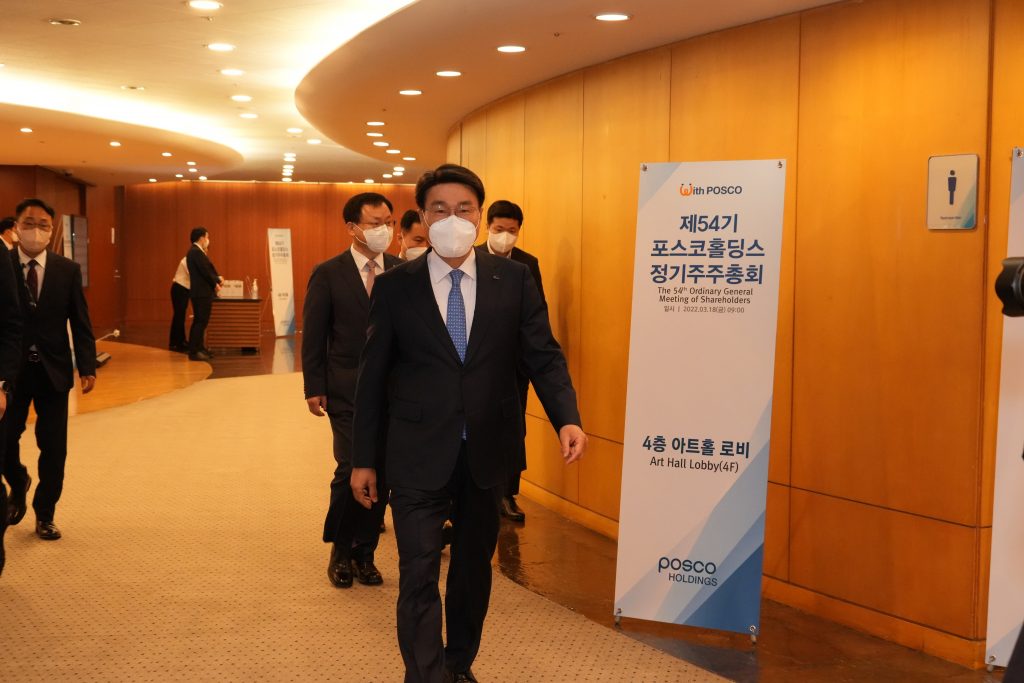 “Last year, POSCO Group showed a performance of KRW 9.2 trillion with the consolidation standard and consolidated its position as a leading global company by being ranked first as the ‘World’s Most Competitive Steelmaker’ by World Steel Dynamics (WSD) for the 12th year in a row and being selected as a ‘Sustainability Charter Member’ by the World Steel Association,” POSCO Group CEO Jeong-woo Choi said during his greetings at the general meeting of stockholders.

CEO Choi added, “We have accelerated balanced growth in seven major business areas with the conversion to a holding company structure as a stepping stone, and are positioned as a global business leader that leads the sustainable future of mankind by becoming a green materials and energy business company. We continuously expand economic value with the enhancement of environment-friendly future materials and future energy business, increase environmental value by contributing to the global environment with the application of the net-zero carbon initiative, and heighten the real value of our company and dramatically raise its market value by creating social value by further promoting our ‘Corporate Citizenship’ management philosophy.”

In the general meeting of stockholders, Sung-kyu Sohn, a professor in Yonsei University, and Jin-nyeong Yoo, former president of LG Chem, were newly appointed as outside directors and current Outside Director Heui-jae Pahk was reappointed. Outside directors Son and Yoo will be active as members of the Audit Committee, which plays the roles of auditing directors’ duty performance, appointing outside auditors, etc.

Outside Director Sung-kyu Sohn is currently a professor of the Yonsei University School of Business and has experience and expertise in the fields of accounting and auditing by working as president of the Korean Accounting Association, a non-standing member of the Securities and Futures Commission, and chairman of public announcement of the Korea Exchange.

Outside Director Jin-nyeong Yoo joined Polymer Research Institute, LG Chem as a researcher and served as CTO and president of Research Park, and is now playing various active roles in consulting, startup education and technology development.

New Inside Director Byeong-og Yoo was appointed Head of the Green Materials & Energy Business Team (senior executive vice president) of POSCO Holdings Inc. after working as POSCO’s Head of the Raw Materials Office., Head of the Corporate Strategy Office, Head of the Purchasing and Investment Division, and Head of the Industrial Gas and Hydrogen Business.

At the Board of Directors meeting held right after General Meeting of Stockholders, Outside Director Sung-jin Kim was appointed chairman and President Jung-son Chon was reappointed representative director.

Chairman of the Board Kim is an expert in the industrial policy field who served as president of the Small and Medium Business Administration, Minister of Oceans and Fisheries, and president of Hankyong National University and has been active as an outside director since 2018. President Chon is leading the POSCO Group’s mid- and long-term strategies and new business investment exploration as Head of the POSCO Holdings Corporate Strategy Team.

POSCO Holdings Inc. held the general meeting of stockholders both online and offline to prevent the spread of COVID-19. In the regular general meeting of stockholders, the 2021 cash dividend (KRW 5,000 per stock based on end of fiscal year, KRW 17,000 per stock based on full year) and financial statement were submitted and approved. This amount is more than double the annal dividend in 2020, KRW 8,000. Along with this, a total of six agenda items were approved, including the appointments of an inside director, outside director, non-executive director, and members of the Audit Committee, and the directors’ pay limit.