Tak Jeong, president of POSCO, accompanies the Prime Minister for the official visit to Central and South America as an executive committee member

Promotes public relations activities that can be experienced in real life for citizens such as parks, banks, and airports in Buenos Aires, Argentina

Tak Jeong, representative director and president of POSCO accompanied Duck-soo Han, Prime Minister of Korea for an official visit to three South American countries including Chile, Uruguay, and Argentina from the 9th to the 17th as an executive committee member of the Busan World Expo and he visited Argentina, one of POSCO Group’s major negotiating countries*, on the 14th (local time).
* POSCO Group’s major negotiating countries: Indonesia, Vietnam, Thailand, Mexico, Argentina, Uzbekistan, and Chile

POSCO Group is also promoting public relations activities so that local people can experience in real life. It is drawing attention and response from not only local people but also visitors from overseas by installing promotional banners in places where a lot of people pass by such as parks, banks, and airports in Buenos Aires, the capital of Argentina.

POSCO Group plans to make all-out efforts to host the Busan World Expo with the government as One Team until the final venue is decided at the general meeting of the Bureau International des Expositions (BIE) member countries at the end of 2023.

Meanwhile, POSCO Group is the first Korean company to commercialize lithium in Argentina by constructing a lithium hydroxide plant with an annual capacity of 25,000 tons near the salt lake of Hombre Muerto in Salta Province, which it acquired in 2018. In addition, POSCO Holdings’ board of directors approved the second-phase investment project on the 7th and plans to establish a production system of 100,000 tons in Argentina by 2028 and 300,000 tons worldwide by 2030 to become the Top three global lithium production companies. 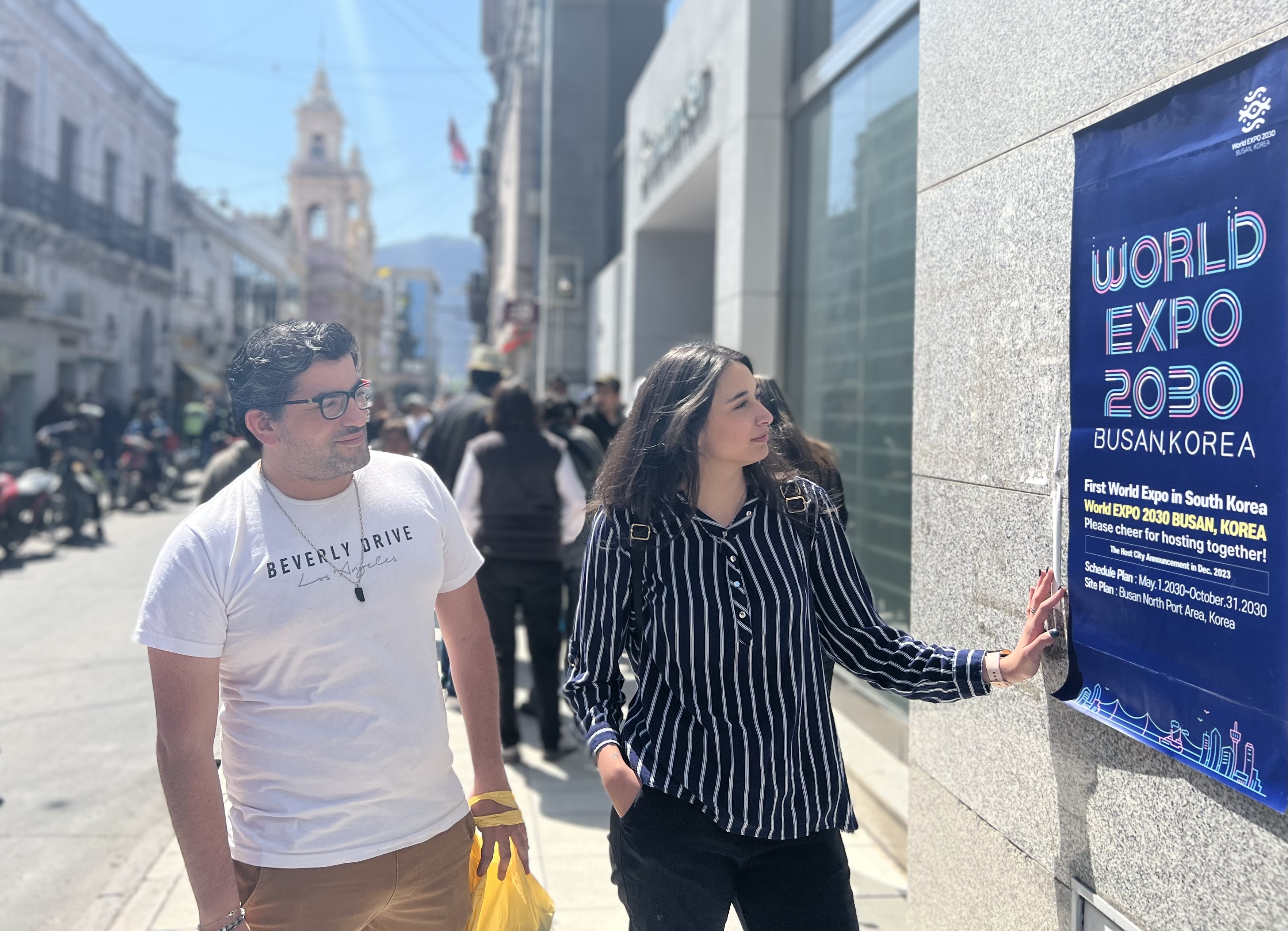 ▲ Two tourists walking along the History Museum (18th-century building) in front of the July 9th Square (Square 9 de Julio) in Salta Province, Argentina, are looking at the Busan Expo banner.
POSCO Group is actively promoting the lithium business in Argentina and conducting negotiations with the government as One Team to host the Busan Expo. 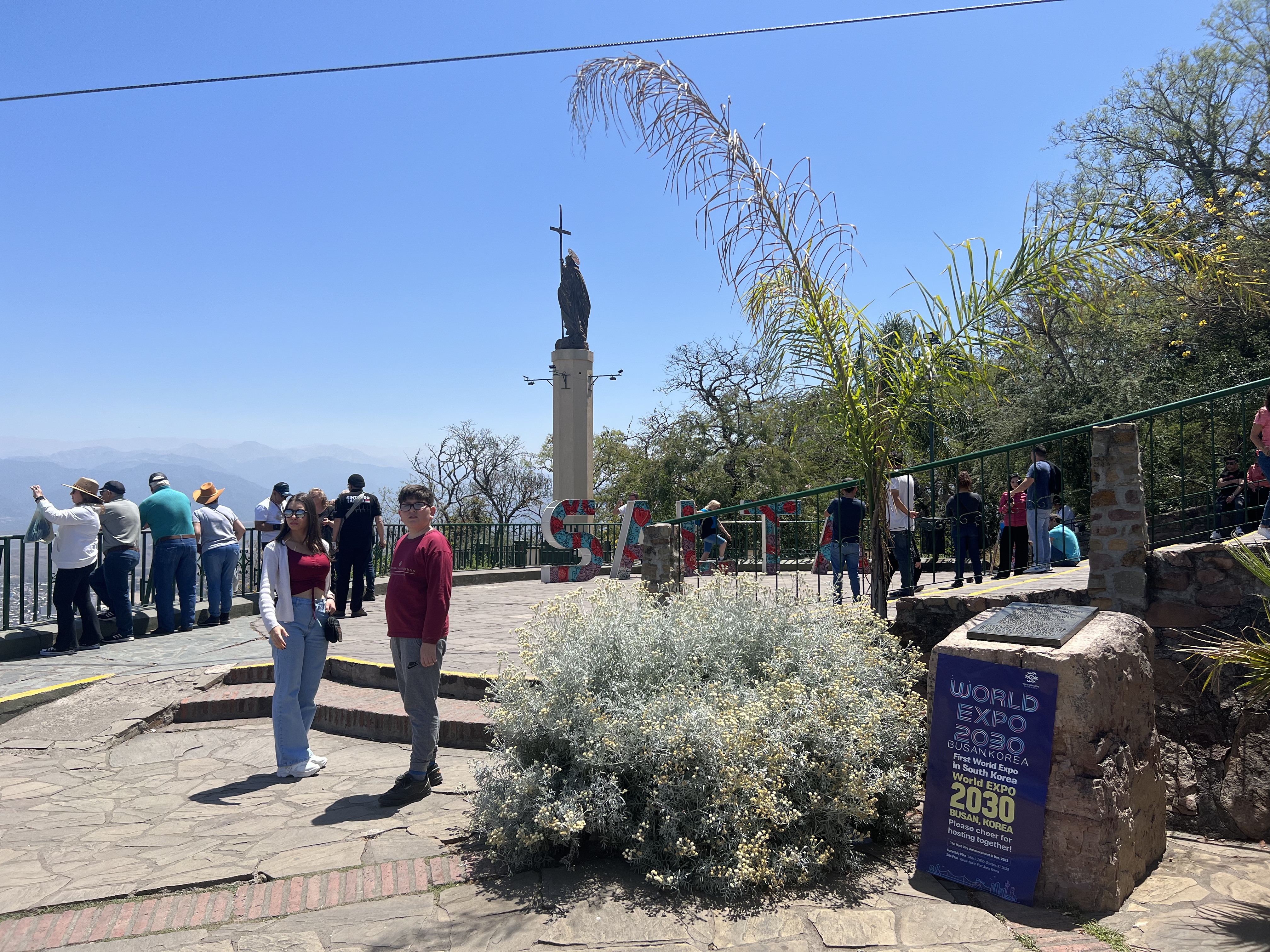 ▲ A photo of the Busan Expo banner attached to the San Bernardo hill, one of the major tourist attractions in Salta, Argentina.
POSCO Group is actively promoting the lithium business in Argentina and conducting negotiations with the government as One Team to host the Busan Expo.