POSCO holds a groundbreaking ceremony for high-purity nickel refinery for secondary batteries in Gwangyang with a production capacity of 20,000 tons per year, which is to be used to make 500,000 EVs

POSCO Group launches the nation’s first whole production/supply system from nickel ore to high-purity nickel, reducing dependency on imports from China, and gaining an advantageous position to deal with IRA

POSCO Group, even under the emergency management system, plans to step up its investment in new growth engine businesses such as secondary battery materials, hydrogen, etc., to strengthen future competitiveness

To respond actively to increasing demand for batteries due to the rapid growth of the eco-friendly car market and produce materials directly, POSCO held a groundbreaking ceremony for a high-purity nickel refinery for secondary batteries at the Gwangyang works on Oct. 14.

According to a paper from the global market research agency SNE Research, it is predicted that the global electric vehicle market will grow to more than 59 million units by 2030, and high-purity nickel, which is a key raw material for high-capacity cathode material, will also grow an average of 20% per year, and then undersupply is expected from 2025.

Accordingly, POSCO Group decided to proactively invest in the high-purity nickel refining business, which is a key material of secondary batteries, in July last year.

At the ceremony attended by more than 50 people including executives and staff members of POSCO Group, engineering companies etc., Ju-tae Lee, head of the Purchasing and Investment Division of POSCO said, “Nickel is a key raw material that decides the performance and capacity of electric vehicles, and demand for high-purity nickel is increasing rapidly due to the rapid growth of electric vehicle market and high battery performance,” adding, “With this investment, POSCO Group will establish its status as a global company leading the secondary battery raw material market by building a production/supply system for the whole process from ore to high-purity nickel.”

The high-purity nickel refinery business launched by POSCO will produce high-purity nickel for secondary batteries with purity of more than 99.9% from 75% purity nickel mattes* through its wet refining process. SNNC, one of POSCO subsidiaries, produces nickel matte from ferronickel using a smelting/iron removal process*, and POSCO refines the nickel matte and then supplies it to secondary battery material companies such as POSCO Chemical. This allows it to reduce dependence on imports from China, and puts the company in an advantageous position to deal with the Inflation Reduction Act (IRA).
* Nickel matte: intermediate product from nickel with 70–75% of nickel in it.
* Iron removal process: the process of increasing nickel purity up to 70–75% from 20% by removing iron from ferronickel.

In 2006, POSCO Group proactively invested in a nickel mine in New Caledonia to establish a stable nickel supply chain and established the Nickel Mining Company (NMC), a materials company. After receiving nickel ore from NMC, SNNC produces ferronickel, which is raw material of STS (stainless steel). 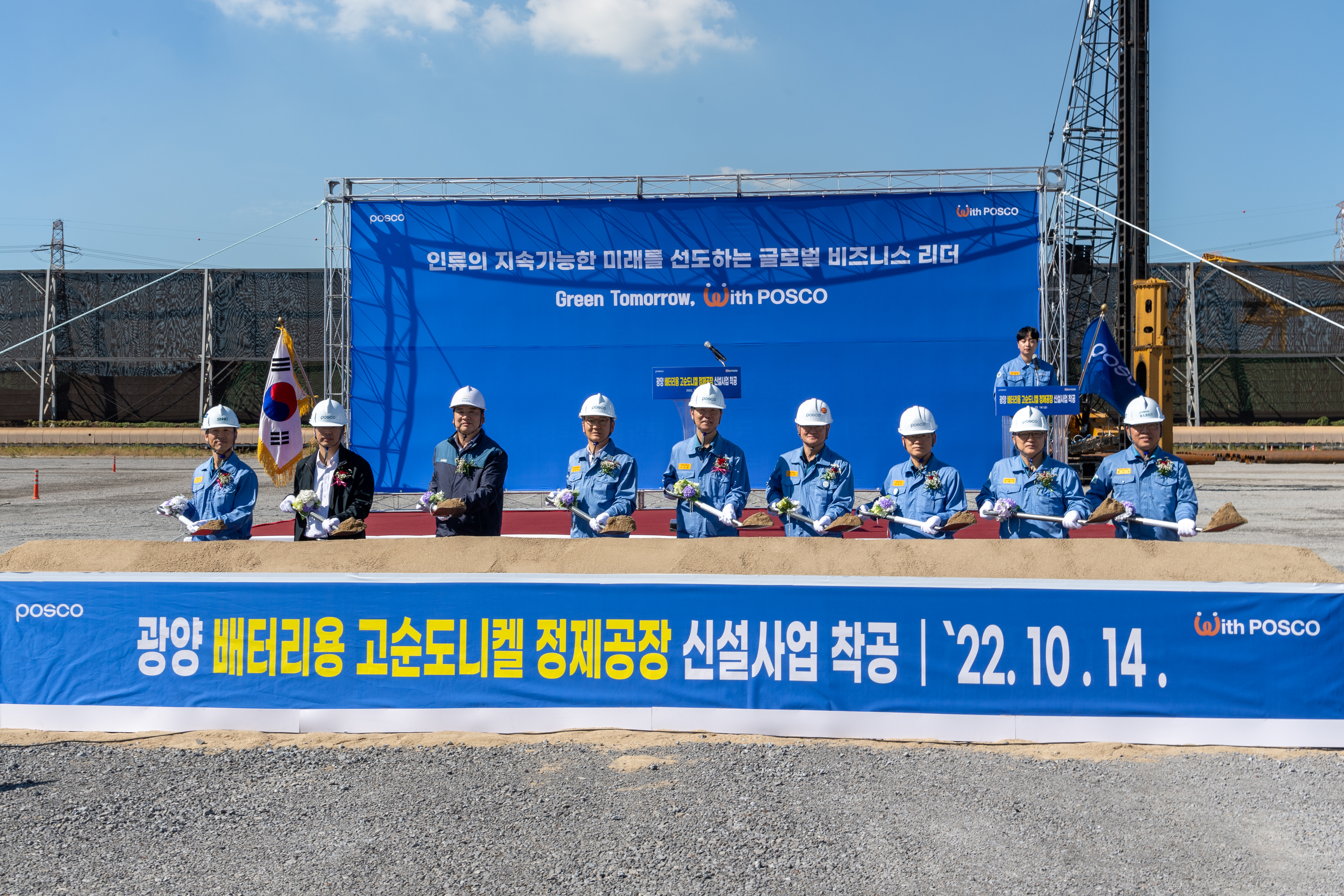