CEO Jeong-woo Choi: “Lithium is a core business that leads the Group’s future growth… Active cooperation by Argentina is needed.”

President Alberto Fernandez: “We will provide comprehensive support at the government level, such as infrastructure and licensing.”

The meeting between POSCO Group CEO Choi and Argentine government officials including President Fernandez was held before the groundbreaking ceremony for a local lithium plant. The meeting was prepared for POSCO Group CEO Choi to thank the Argentine government, which has been generously supporting the success of the POSCO Group’s core business, and to explain POSCO’s will to enhance future business cooperation. Argentina also promised comprehensive support for the overall lithium business in the country, such as infrastructure and licensing.

POSCO Group acquired Hombre Muerto salt lake in Argentina in 2018, built the infrastructure needed for local production for three years, and validated a demo plant. It will hold a groundbreaking ceremony for a commercial plant on March 23.

“This year marks the 60th anniversary of diplomatic relations between Argentina and Korea. Thus, the meeting with Argentina’s president and the groundbreaking ceremony are more meaningful,” CEO Choi said. “POSCO Group declared net-zero carbon by 2050 for the first time among Asian steel companies and is changing into a representative eco-friendly future material company beyond steel by its expanding business areas into secondary battery materials and lithium/nickel material. In particular, as lithium, a necessary material for the batteries of electric vehicles, is a core business of POSCO Group that will lead the group’s future growth, cooperation with the government of Argentina is essential,” he added.

“We appreciate that POSCO Group has proactively made a major investment in an Argentine salt lake and produced lithium themselves. We will provide overall support at the government level, such as infrastructure and licensing, in order for the lithium business of POSCO Group to make a quick achievement and for the business to also grow,” President Fernandez replied.

POSCO Group also signed an MOU for business expansion, with the Argentine government promising the extension of the lithium plant and cooperation in producing cathode materials. POSCO Group plans to increase the production of lithium in Argentina and produce cathode materials locally through this, enhancing the value chain of secondary battery materials.

In the meeting, CEO Choi asked for cooperation in various fields such as hydrogen business and food business as well as secondary battery materials, and President Fernandez promised active cooperation. Argentina has a great advantage in the green hydrogen business because it has a natural environment favorable for renewable energy generation such as photovoltaic power and wind power. Also, Argentina is the world’s largest soybean exporter and a major exporter of grains such as wheat and corn, and is evaluated to be an appropriate partner for cooperation in the food business. CEO Choi also asked the Argentine government for support in its bid to host the World EXPO 2030 Busan Korea on the level of private diplomacy.

Argentina has the world’s fourth largest lithium reserves and is the third largest lithium producer. With the close race to secure lithium materials around the world, it is imperative to cooperate with Argentina. POSCO Group is the first company to promote the entire process from the construction of production facilities to operation in Argentina after taking over and exploring lithium resources. 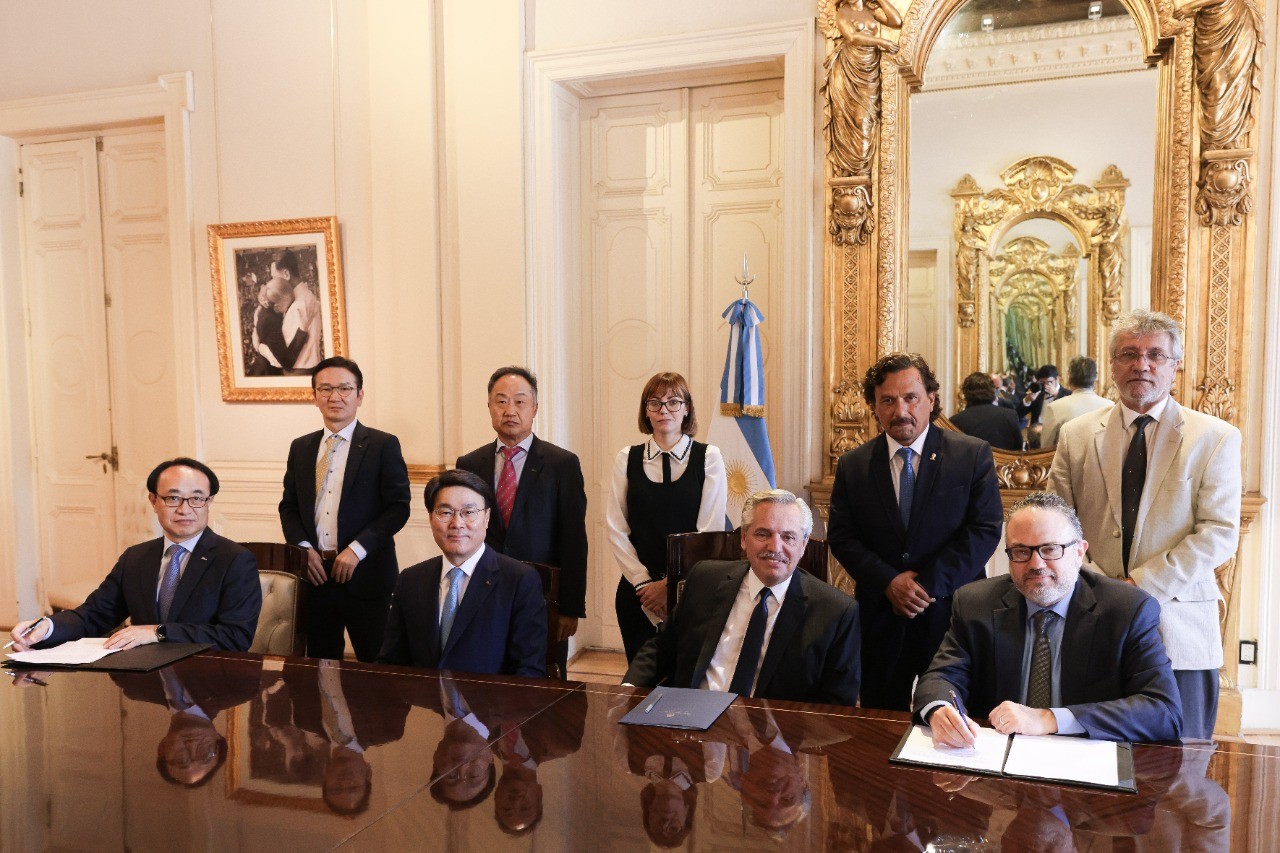