It must be a challenging task for the global corporate like POSCO to understand local customs and simultaneously reach out to every corner of the globe. For POSCO South Asia, and I am sure that the same goes to all the other POSCO subsidiaries around the world, the world’s leading steel manufacturer has been providing a warm atmosphere to embrace both local and overseas employees. POSCO is growing globally, and acting locally.

This is my first commitment for the Global Storyteller project. I present to you, POSCO South Asia’s very own “Songkran” festival in Thailand!

For those who don’t know much about Thailand, we celebrate Thai New Year called Songkran on April 13th. The festival is widely celebrated not only in Thailand but also in several Southeast Asian countries like Laos, Cambodia, Myanmar, and Sri Lanka. Songkran is a national holiday in Thailand, and it’s also an occasion for family re-unions. Traditionally, Thai people perform “Rod Nam Dum Hua” ritual on Songkran day. During the ritual, the young pour fragrant water into their elders’ palms as a gesture of humility and respect, and also to ask for their blessings. 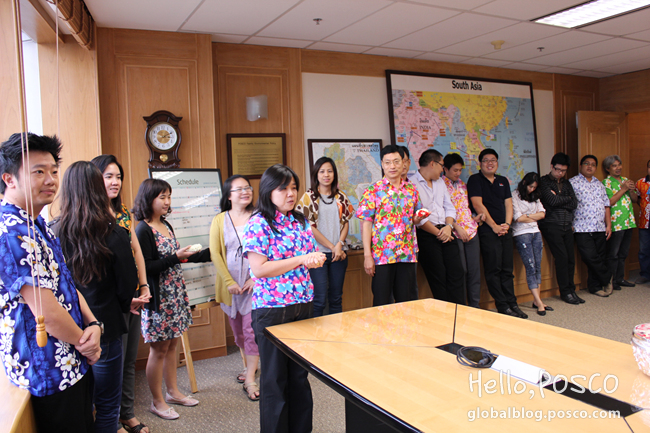 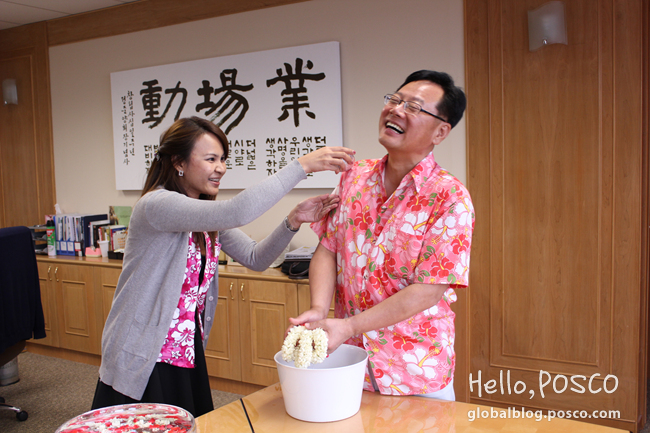 President Kim was the eldest member in the office and we poured fragrant water into his palms with our warmest blessings. In return, Mr. Kim gave well-wishing remarks and appreciations back to the staff. It was a charming moment as everyone in the room was smiling at each other with joy. 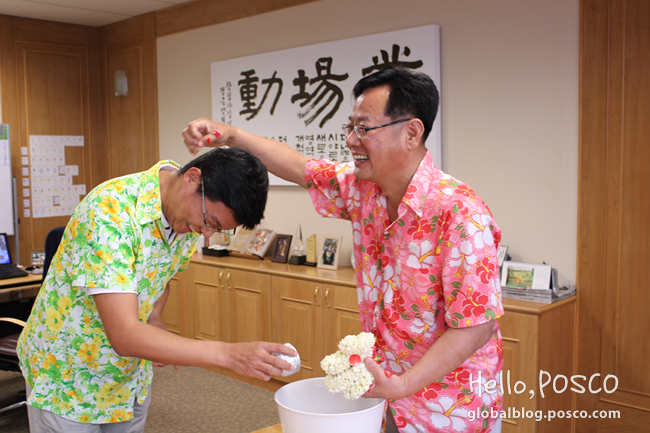 It was a truly good opportunity for POSCO South Asia’s local and Korean staff to exchange our thoughts and cultures through this pleasant event, hosted with the courtesy of POSCO’s global mindset. Most importantly, we have developed a firmer relationship among the members of POSCO South Asia.

All of POSCO South Asia members would like to extend our warm wishing to all POSCO members around the world. Happy Songkran 🙂

“The Songkran” festival is celebrated from April 13th to 15th in Thailand and in many other countries in South and Southeast Asia as a traditional New Year’s Day.

“Rot Nam Dam Hua” is a traditional way to celebrate the New Year with the elder by pouring fragrant water into their hands. Most Thai people go back to their hometowns to meet their elders during the festival.