POSCO Family Kick-off Meeting 2018: A Message from the CEO

This year marks a special milestone for POSCO as the company celebrates its 50th anniversary. It has also been 4 years since POSCO CEO Kwon Ohjoon’s inauguration as CEO back in 2014, and he has since implemented numerous positive changes. Here are the results of POSCO’s successful restructuring over the past 4 years as well as the company’s vision for the future.

Back in the 2000s, POSCO suffered its worst financial crisis due to failed investments in growing businesses. Its consolidated operating profit, which exceeded KRW 7 trillion at one time, recently fell to about KRW 2.5 trillion. POSCO’s cash on hand, which peaked at more than KRW 8 trillion, declined to nearly KRW 5 trillion, and credit ratings worsened as well.

As a result, the number of POSCO’s domestic affiliates decreased from 71 to 38, and the number of its overseas affiliates declined from 181 to 124. The company also recovered KRW 7 trillion over the 4-year period, and prevented annual losses of about KRW 400 billion.

Moreover, POSCO’s consolidated cash on hand increased to KRW 8.55 trillion at the end of the third quarter, repaid its debts by more than KRW 5 trillion and POSCO’s consolidated debt ratio dwindled to 67.6 percent, the lowest since 2010. Moody’s, an international credit rating agency, recently upgraded the forecast for POSCO’s issuer rating, Baa2, from negative to stable, and then to positive, and predicted that POSCO’s financial health will continue to improve in the next 1-2 years.

CEO Kwon expressed his vision for the company In 2018 and beyond. He said, “POSCO plans to implement smartization with efforts such as combining ICT with its core businesses, ranging from steel and energy to construction and chemicals to develop newly converged businesses to lead the 4th Industrial Revolution.” 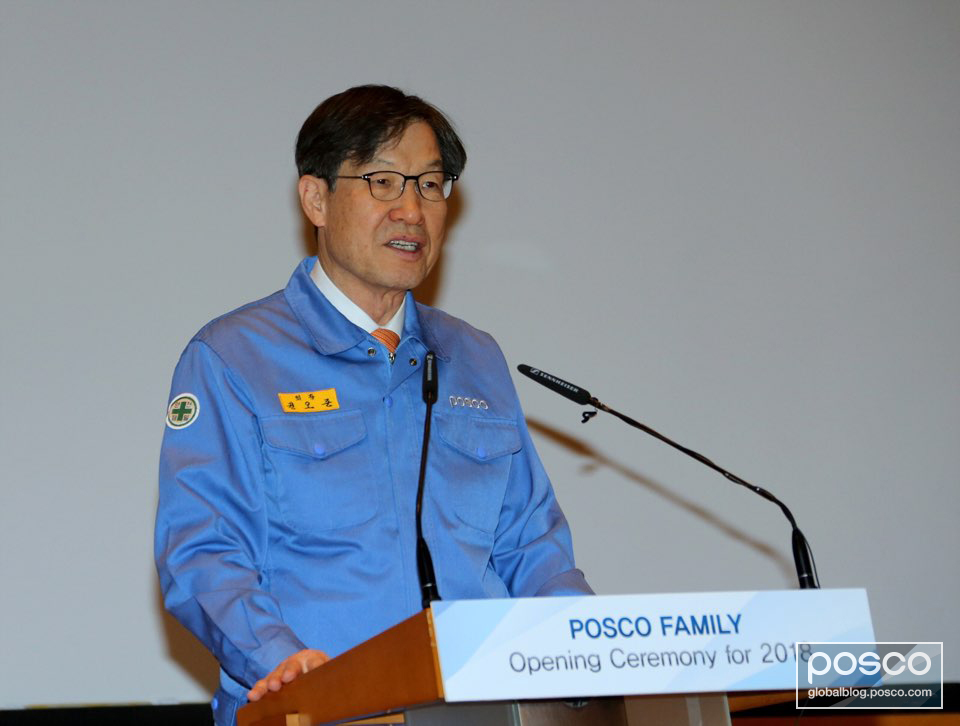 In addition, CEO Kwon mentioned that POSCO will carry out new growth businesses this year in the energy and materials sectors. In the energy sector, POSCO will work to stabilize its power generation business, and expand its LNG midstream business by developing the Gwangyang LNG Terminal into the energy hub of Northeast Asia. POSCO is also planning to increase investments in renewable energy and seek business opportunities in line with government policies to reduce greenhouse gas emissions.

The company will also work to secure stable supplies of saline water and ores containing lithium in South America and Australia for its lithium business. It also plans to build accompanying infrastructure for mass production.

POSCO will also develop its own manufacturing processes for high-capacity cathode and anode materials used in secondary cells, and work to increase the sales of electric vehicles at home and abroad. 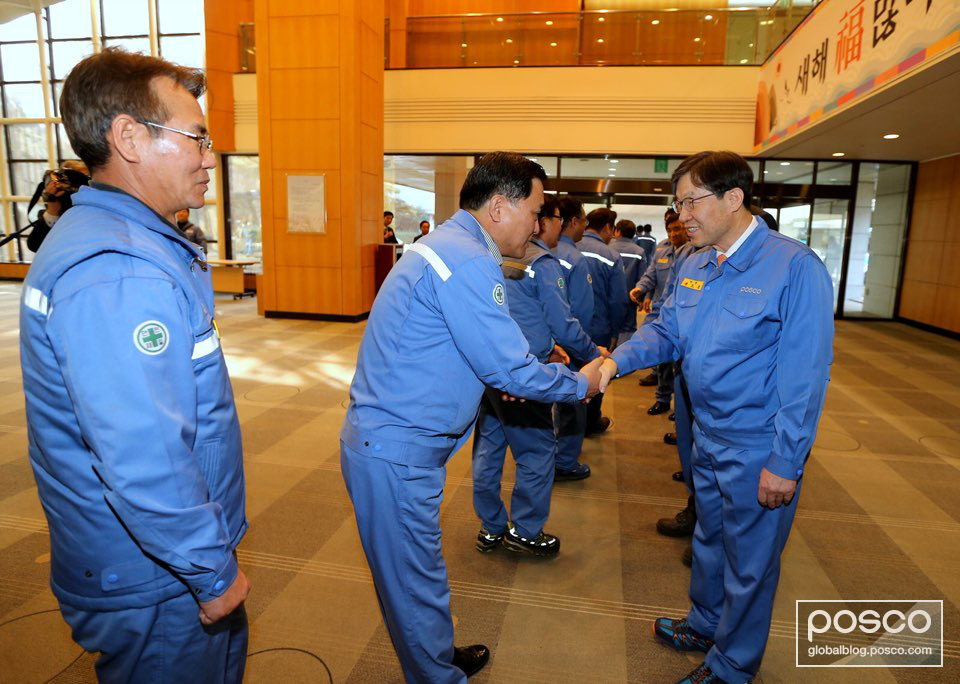 To close the event, CEO Kwon remarked, “For the next 50 years, let’s make greater efforts toward our goals with a clear and long-term perspective.”